This winter the Quartier des spectacles invites Montrealers and visitors to discover Loop, an original installation conceived by Olivier Girouard and Jonathan Villeneuve. The work, which will be on show until January 29, consists of 13 giant zoetropes – an optical toy that was a forerunner of animated film. When a zoetrope is activate, images are shown in rapid succession, creating the illusion of motion.

This illuminated musical installation, featuring a distinctive retro-futuristic look, uses cylinders two metres in diameter. Users are invited to sit down inside and activate the mechanism, causing beautiful images inspired by 13 fairy tales to come to life. It’s magical! Loop is sure to spark children’s imagination and revive their parents’ childhood memories. 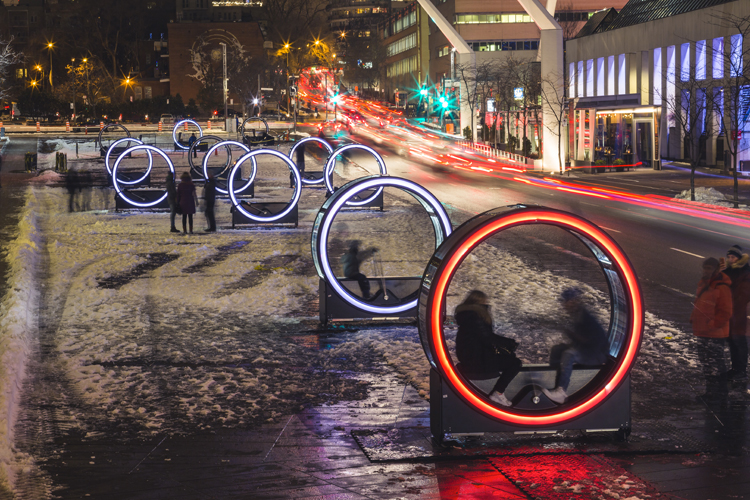 Loop is a cross between a music box, a zoetrope and a railway handcar – the pump-powered vehicles familiar from Bugs Bunny cartoons. The retro-futuristic machine plays animated fairy-tale loops set in motion when visitors work the lever together. When the cylinder starts spinning, it lights up, making the series of still images appear to move. A flickering strobe effect accompanies the black and white images, like in the very first movies. The animation is visible from inside or outside the cylinder and can be viewed from up close or far away. The speed at which the images move, the frequency of the flickering and the tempo of the music are determined by how fast the participants move the lever. 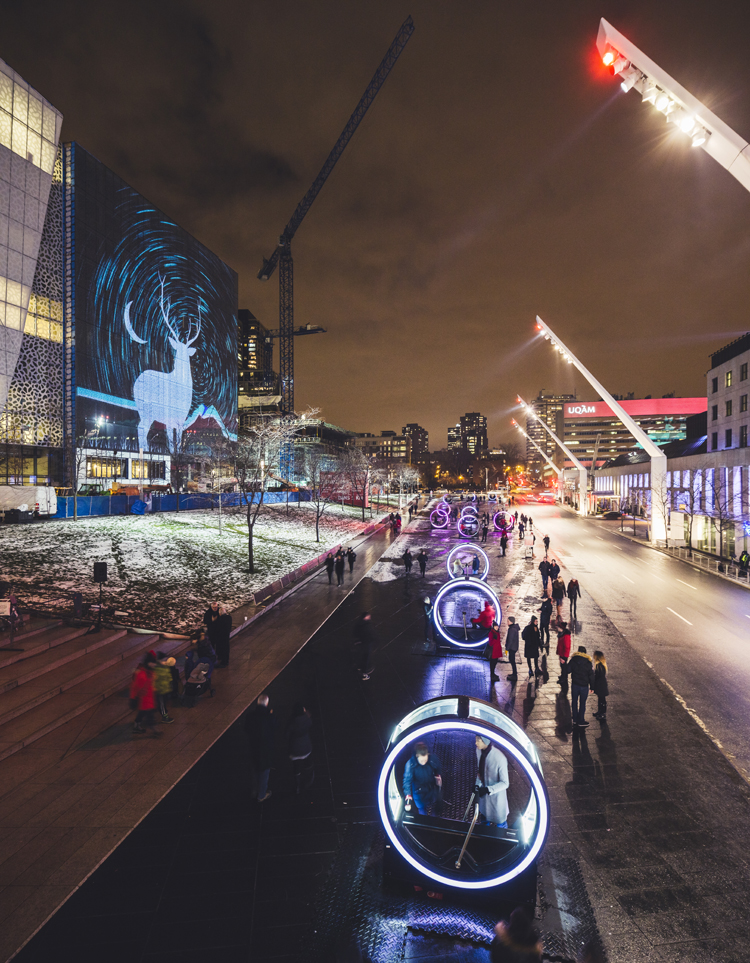