Set against the backdrop of an old Milanese seminary, Yuri Suzuki‘s Sonic Pendulum installation is a sound installation in which artificial intelligence imagines and materialises an endless soundscape.

Created in response to the inspiration behind the new AUDI A5 line, the installation would create a relaxing environment for visitors caught up in the Milan design week hubbub.

The structure is made up of 30 pendulums which – while gently modulating the sound coming from speakers through doppler effect – are also a visual representation of a dream: a systematised mess, with moments of order emerging from the chaos.

The generative soundtrack is a marriage between lived human experience, and the perfection of artificial intelligence. The generated frequencies and sounds allow the audience to enter into a meditative state, an experience the scholars in this space have been cultivating for hundreds of years.

The installation has been on show during the Milan Design Week 2017. 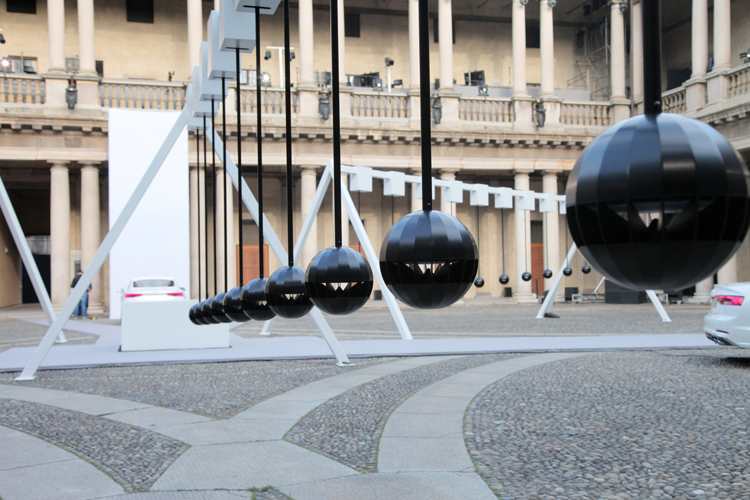 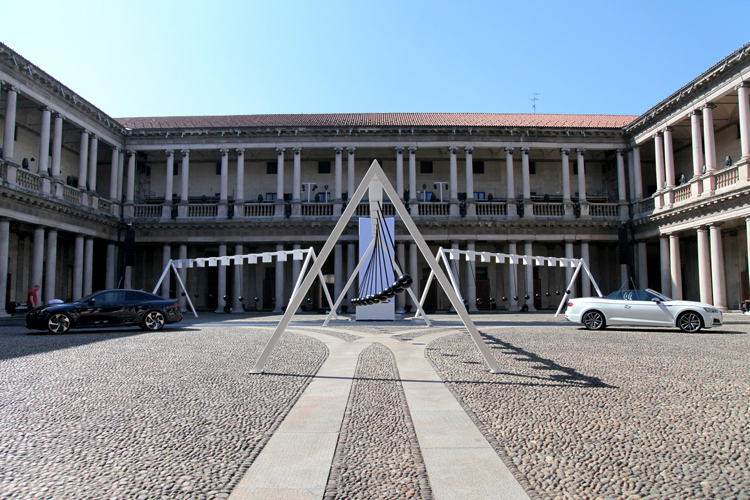 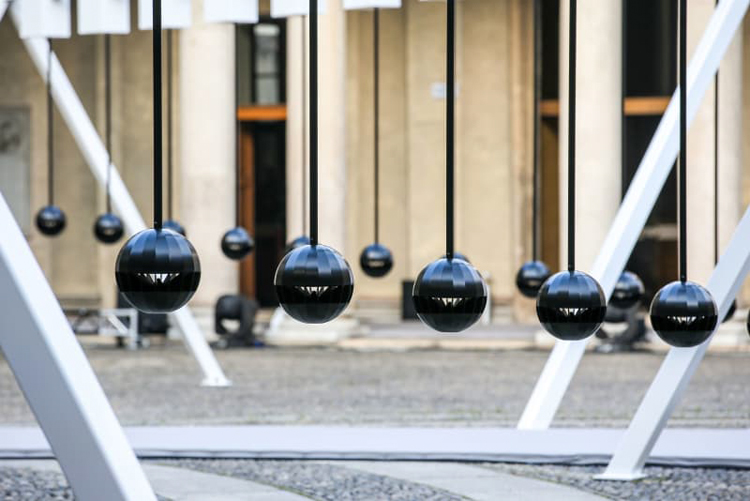 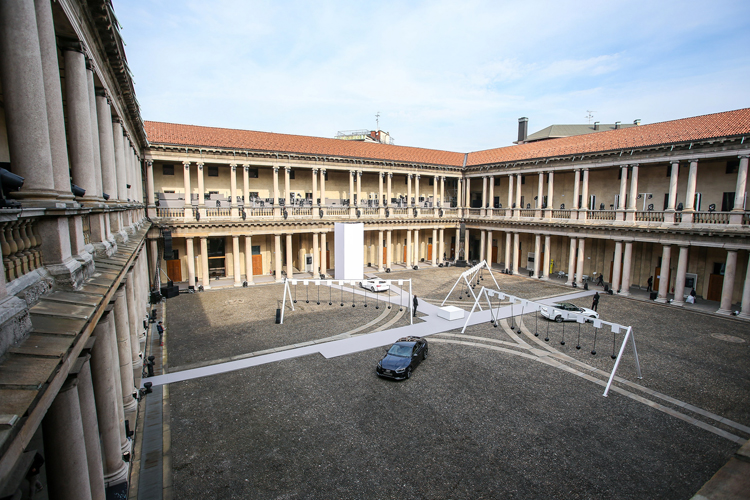