The art object created by the Russian architects and implemented by Velko is located in the small inner courtyard Cortile del 700 at the University of Milan. The installation consists of mirrors and media screens: they divide the courtyard space into four sectors, each of which develops its own local transformation of material into the immaterial. 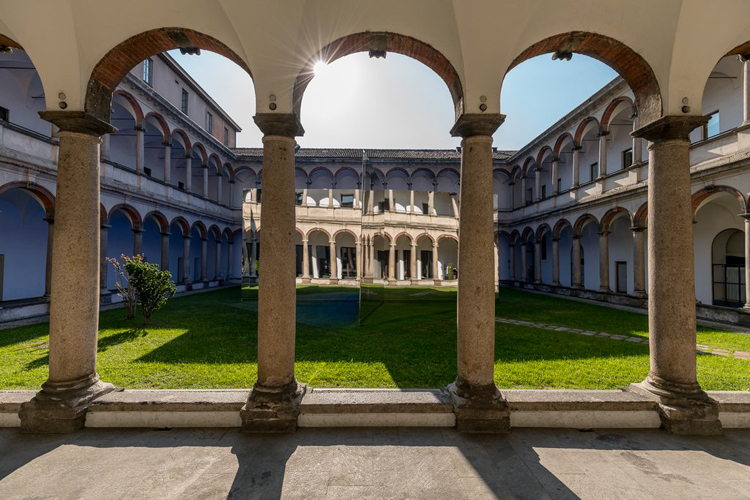 Its main theme is the visualization of a modern metropolis: the media screens broadcast video collages out of maps and photographs of four cities – Shanghai, New York, Moscow and Milan. The scale of the images constantly changes: micro-patterns of individual windows and roof fragments alternate with grandiose panoramas and illustrations, while sharp images are replaced by blurred ones.

In the fraction of a second a fragment of one or another city frozen in detail turns into a blurry image – seemingly abstract, yet still bearing within itself its individual features. It is in this transition from sharpness to out of focus, on the tenuous boundary of materiality and immateriality, that the architects examine the very DNA molecule in which the uniqueness of each city is encrypted. 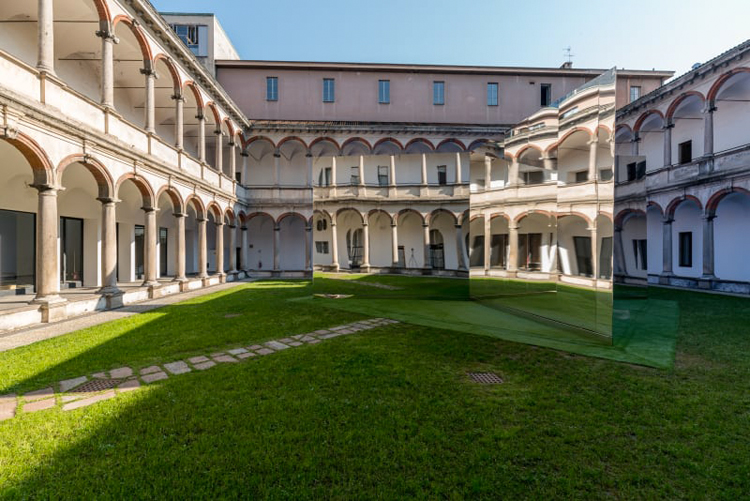 In addition, the architects constructed one of the sectors out of only a mirror surface so that from the side of the courtyard’s main entrance, the installation is perceived as a giant mirage, at once appearing in the space, and then completely merging with the chambered Renaissance courtyard.

The City DNA installation will be on view at Università degli Studi di Milano until April 15. 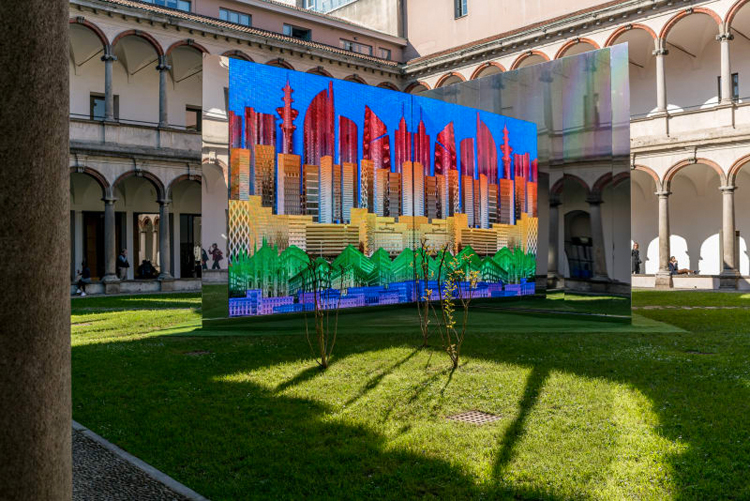 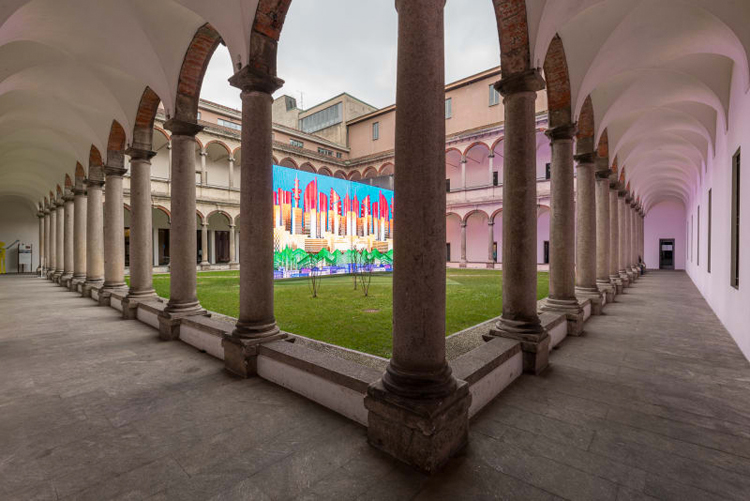 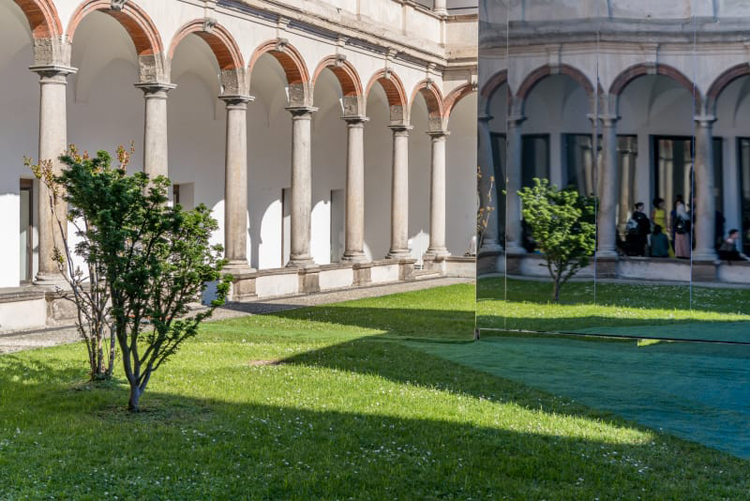 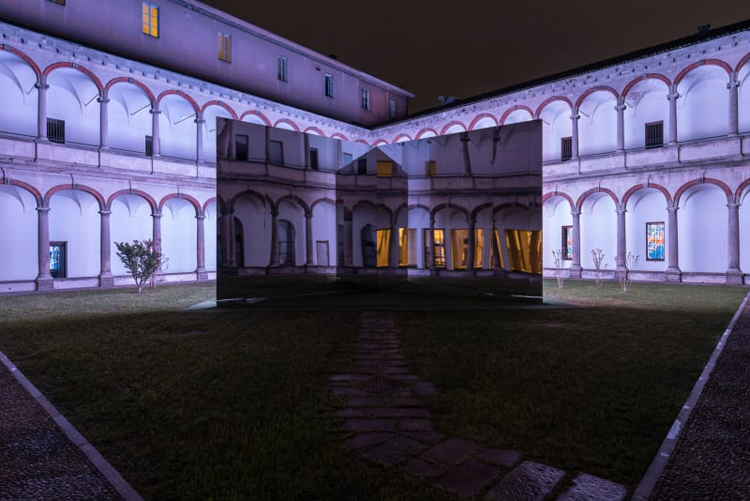 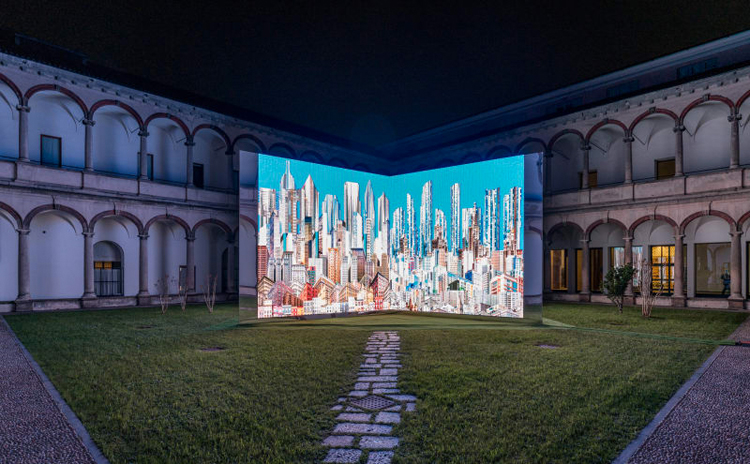 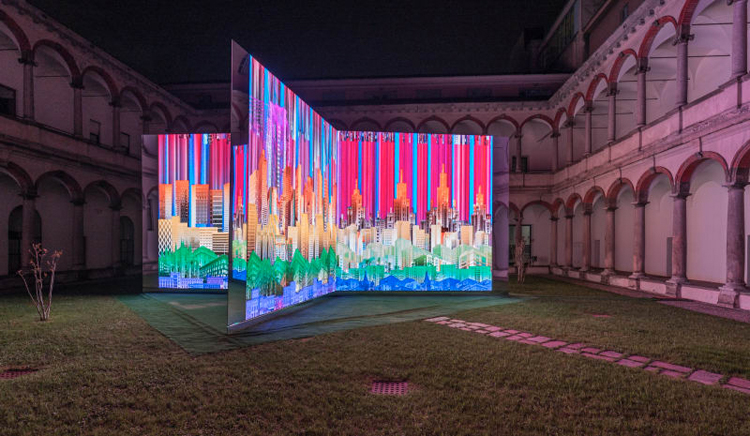 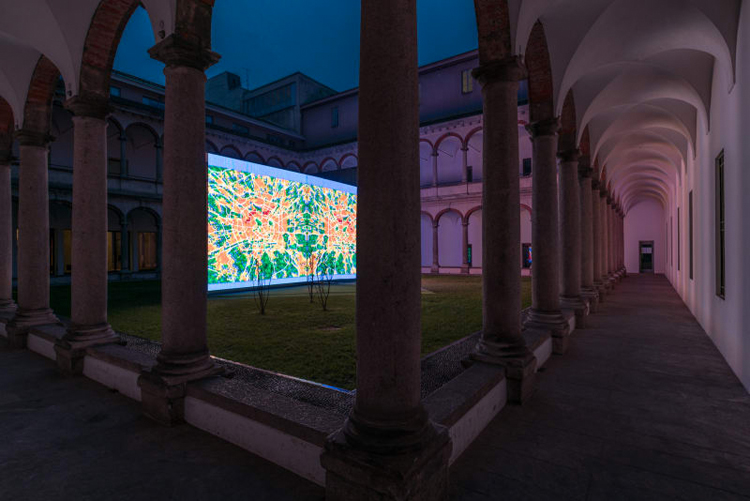