Polish architect, designer, and sculptor Oskar Zieta has unveiled his arched Nawa pavilion on an island in Wroclaw, Poland. Nawa is a part of the European Capital of Culture celebrations, whose main slogan is “metamorphoses of culture”, i.e. shifts occurring in the domain of culture, communities and the city itself. The idea of metamorphosis itself also underlies the structure. 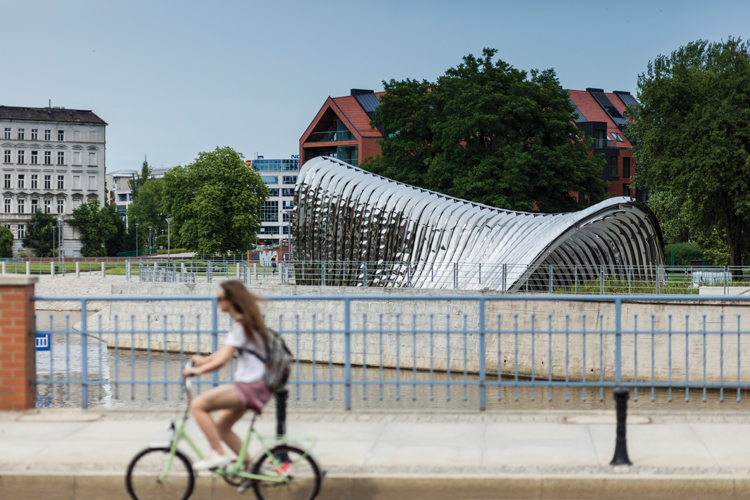 Nawa is an ultralight, durable construction made up of 35 steel arches making the openwork gate through which any can walk freely. Received bionic form and polished surface reflecting the surroundings create the effect of naturaly growing sculpture with constantly changing look through the day and gives amazing game of lights at any time of the day. Bionic shapes establish the impression that the sculpture grows straight from the ground. Simultaneously, the construction based on the arches relates to the monuments nearby: The Ossolineum, the church’s tower at Piasek, Wrocław Market Hall and Ostrów Tumski. 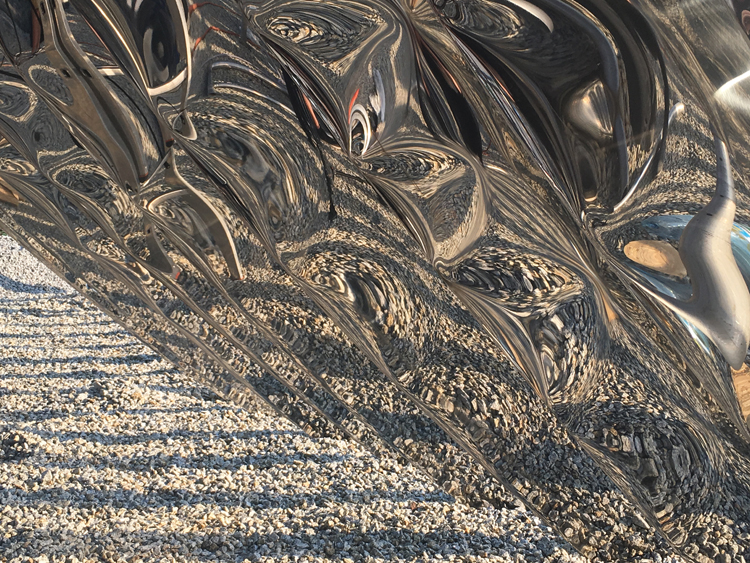 The sculptural pavilion is designed with the revitalization of Wroclaw’s Dailowa Island in mind, “returning it to the dwellers of Wroclaw.” The sculpture, along with an additional 7500 new plants to be planted on the island will create “a consistent organic unity, emerging naturally from the river.” 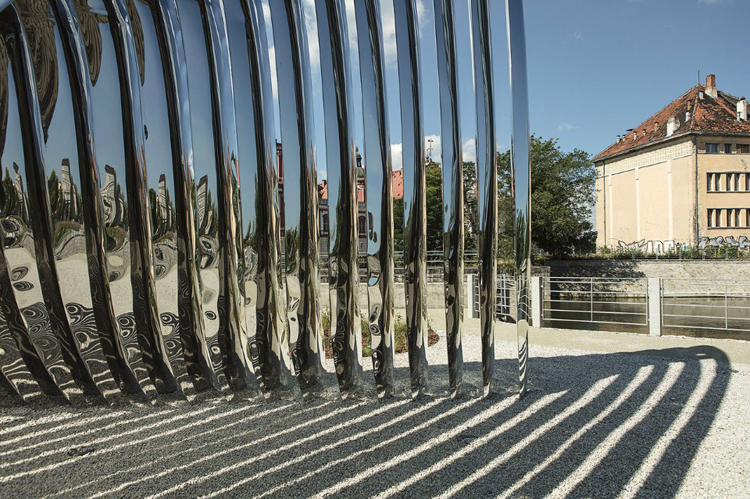 In order to minimize assembly time on site the majority of the production was done in a shipyard, allowing for a large space and access to the Odra River. The arches were carried towards the site on barges, where passers by and locals could witness their journey. They were then assembled on site atop Dailowa Island, where the pavillion now stands. 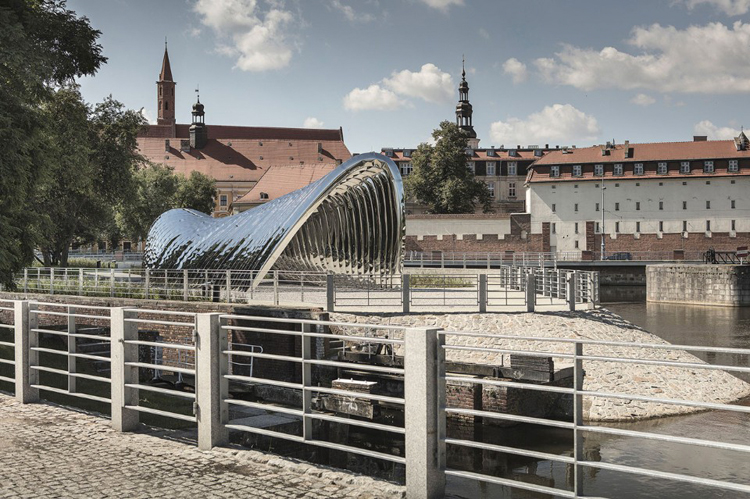 all images courtesy of Oskar Zieta