Atelier Microméga‘s colourful project La Madeleine has won the jury’s special mention at the 2017 edition of the Festival des Architectures Vives of Montpellier. This year the festival’s theme was ‘Emotion’. Different emotions can be triggered by any of our five senses. A smell, a view, or a flavour can stimulate memories in each and every one of us. These sensations mirror our past, present and future experiences. Everyone of us can experiment very different emotions in front of the same object. This is called nostalgia. Proust’s Madeleine creates the link between past emotions that have made us, and the thrill that sends us straight to the future. 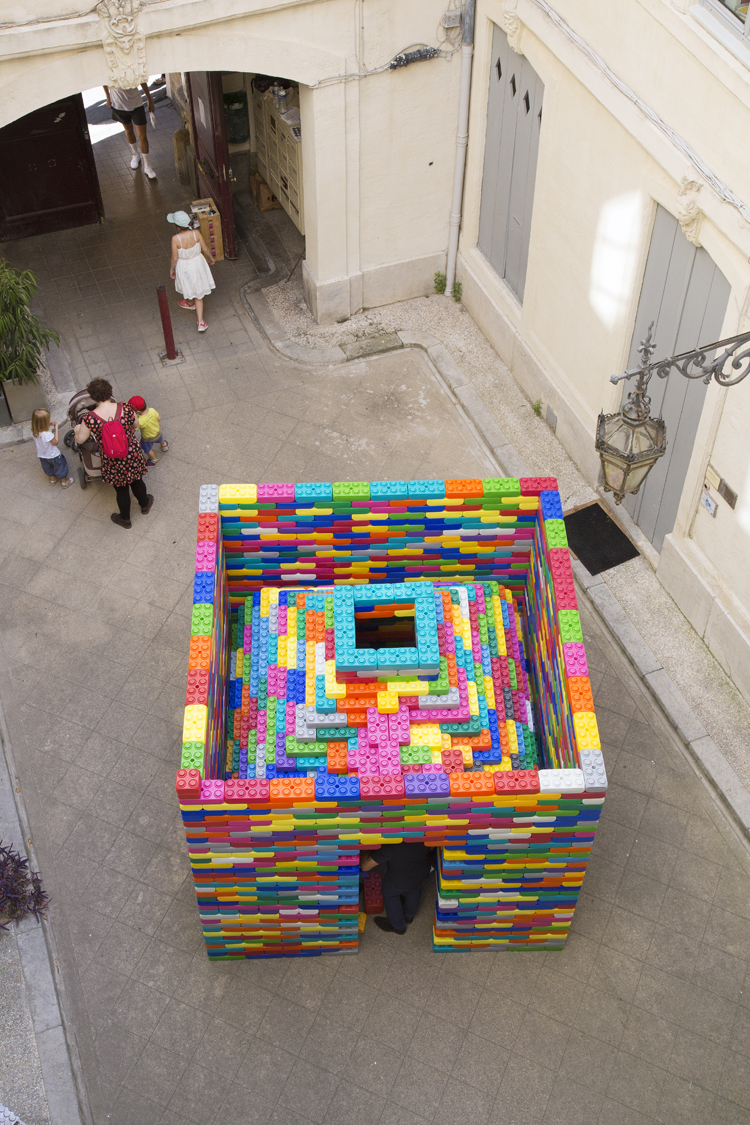 La Madeleine pavilion is combining architecture, space, and materials to symbolize nostalgia. To echo to childhood memories, the pavilion invites visitors to move, to play and to interact with a playful structure. Adulthood is represented by plain and sharpened cubes, the external part of the pavilion. It encloses an imaginary, creative and playable world, similar to a children hut. 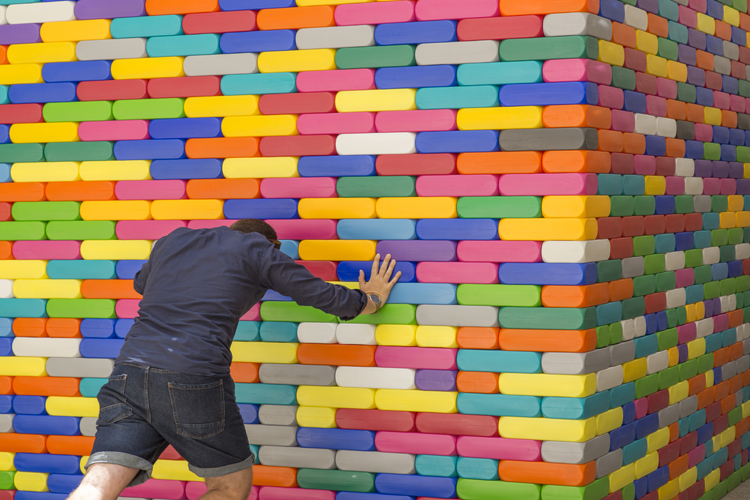 La Madeleine is a structure made of 2500 colourful plastics bricks. It is cubic and slick from the outside. Thanks to a zenithal opening, the inside space offers a unique view to the courtyard buildings and the sky. Some bricks integrated on the arch allow people to plug new bricks and to modify the inner world by themselves. It is a reminder of childhood by referring to a construction game. Notice that the famous colourful bricks have grown, just as the architects and the visitors. 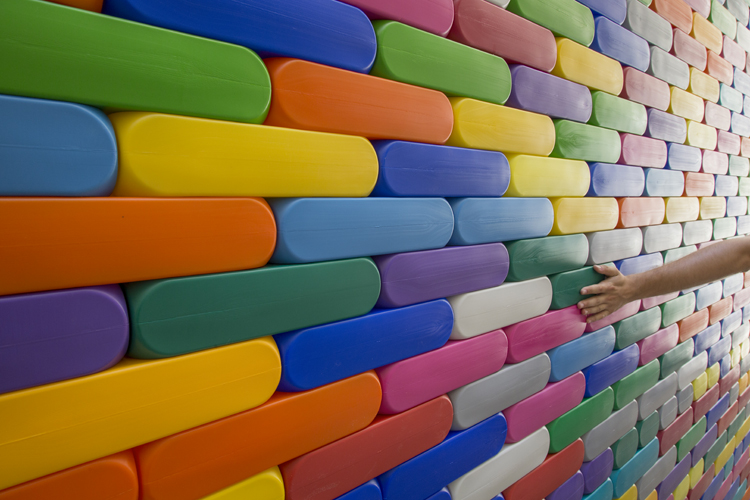 Atelier Micromega has created La Madeleine with the idea of adding a social value at all the different stages of the project, from conception to construction. Atelier Micromega has been able to build La Madeleine thanks to 90 individuals who have donated for the project. This funding has also permitted to reuse the bricks after the festival. The material has created emotions during the festival and it continues to give joy to people today. Indeed, all the giant plastic bricks have been donated after the festival. Some have been given to several child-care centres of Montpellier and some have been sent to a national charity, Les restos du Coeur.

This new use of the bricks might give children, and adults, the opportunity to develop their architectural skills in a playful way. 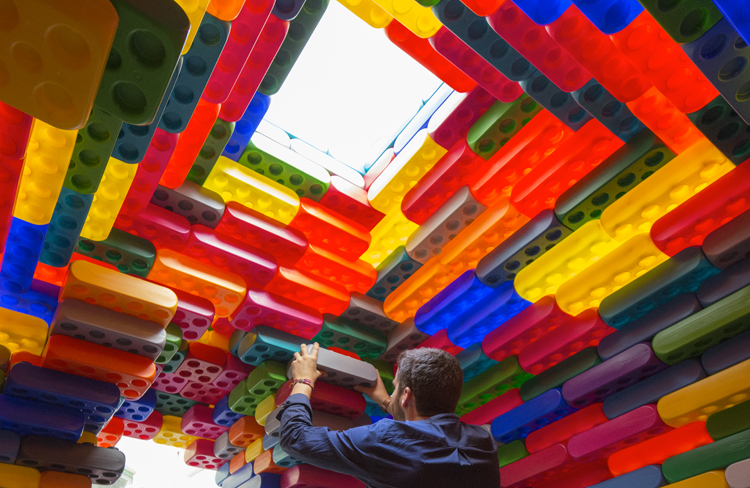 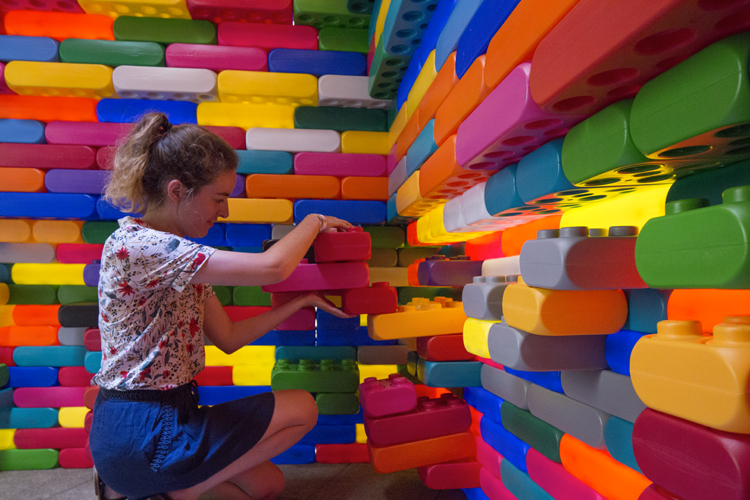 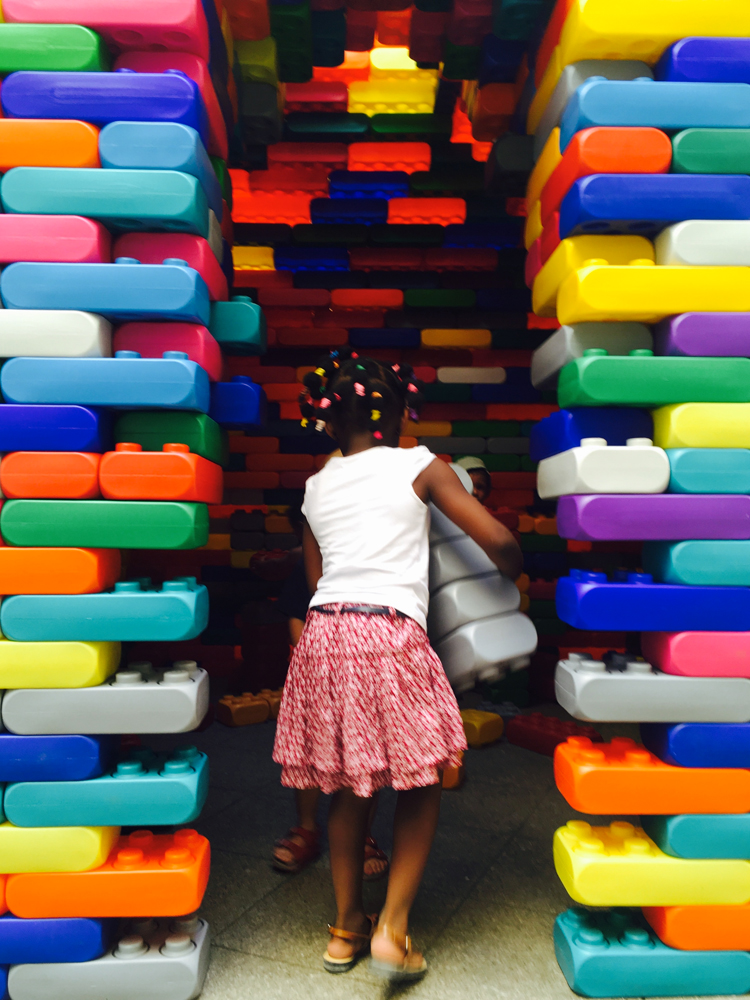 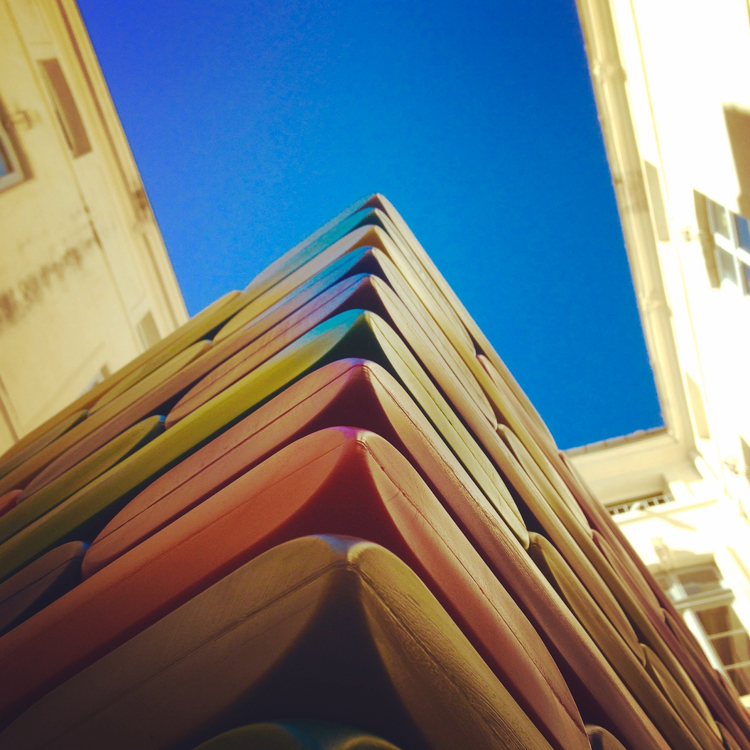 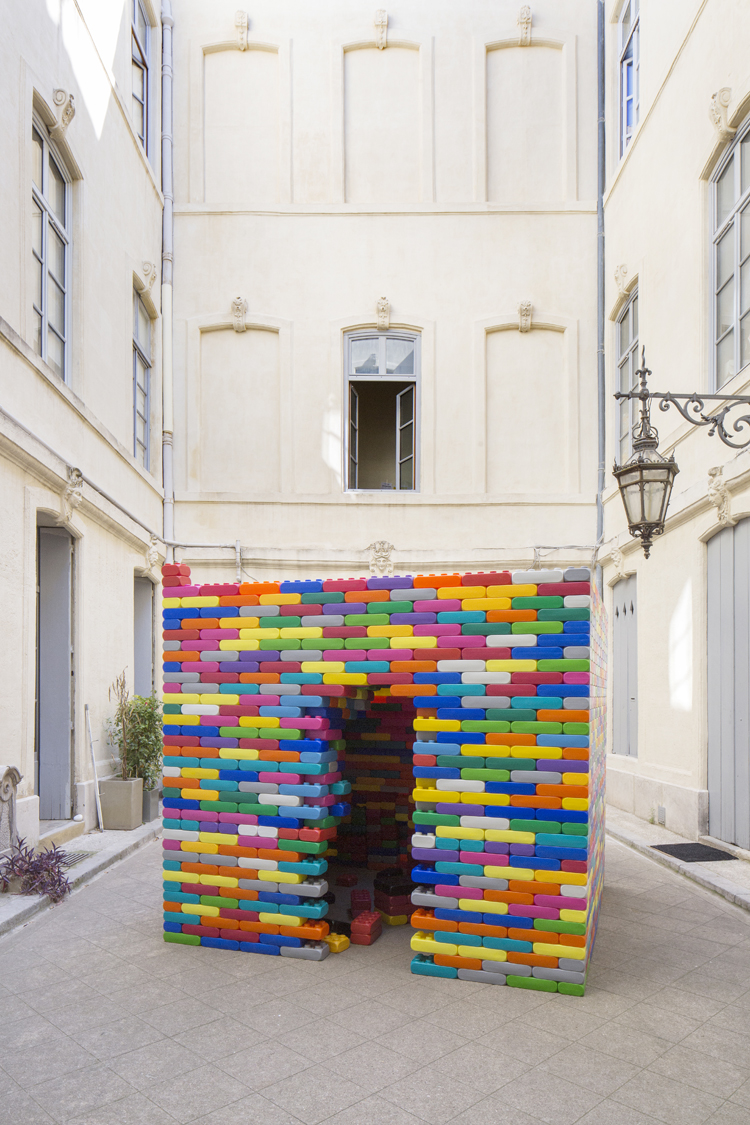