Drawing on the past to set the lifestyles of the future — that was the mission of agrAir, the installation designed by Milan-based Piuarch for “Inhabits” event during the Milan Design Week 2018. Located in the middle of Piazza Castello in Milan, the project was conceived as an opportunity to re-think about the traditional setting of the urban fabric and to recover its values in the city of tomorrow.

The key features of the projects – lightness, brightness, careful use of resources, eliminating the boundaries between interior and exteriors, between natural and artificial spaces – are outlined in a balanced relationship between the elements of earth and air. This relationship was thus figured out by two horizontal layers, parallel to each other. 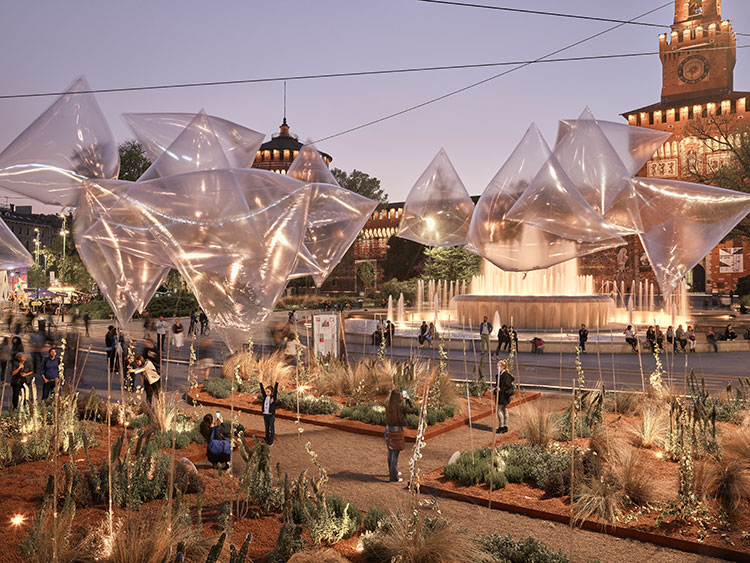 The lower section, at ground level, consisted of a rust-colored expanded clay platform, made by Laterlite, which set a dialogue with the brick walls of the Sforza Castle. It included two pedestrian crossing and it was almost entirely covered by herbs: a sort of botanical garden, designed by the landscape designer Cornelius Gavril and enriched by colorful flowers and perfumes, that acted as a symbol of agriculture’s recovery in the city center. 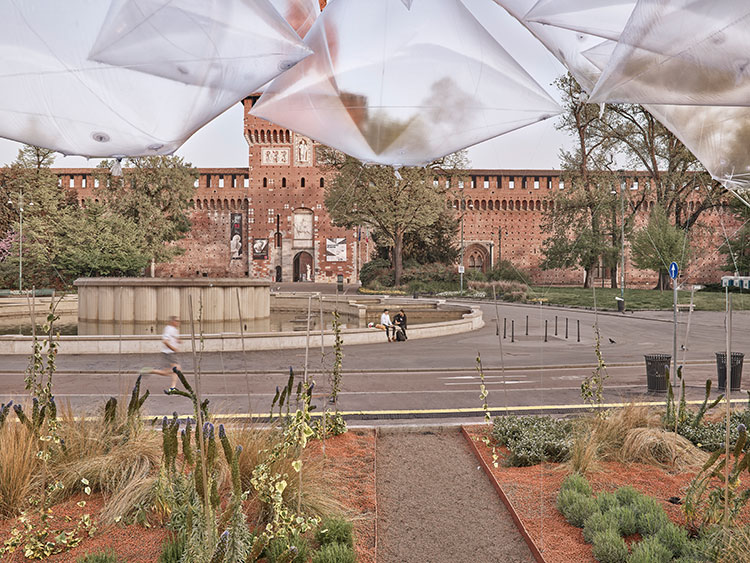 Parallel to the green basement, a multitude of transparent balloons danced gently, following the movement of the air. It was a cloud, metaphor of a forest but also of the city itself, whose reflections changed color in the daytime; at night, it was turned into a fluctuating lantern by the artificial lighting designed by Rossi Bianchi Lighting Design and made by Platek. 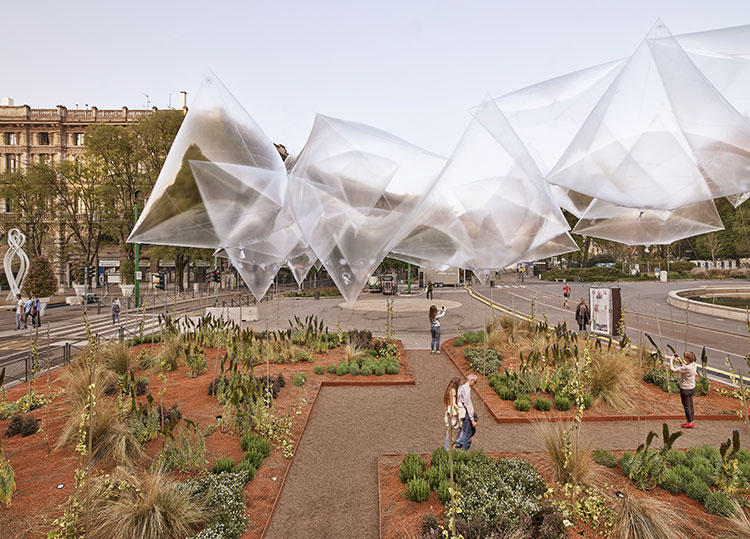 Between the two horizontal layers, some connections were drawn: the acrylic glass rods were used as support for creepers reaching to the balloons, making the indissoluble between natural and artificial. The quality for living in the future outlined by agrAir is like a field of connections with impalpable contours, a space where links between the past, the present and the future are generated and where everything could flow without any interruption, in a set of gentle movements, lights, shadows, fragrances and colors. 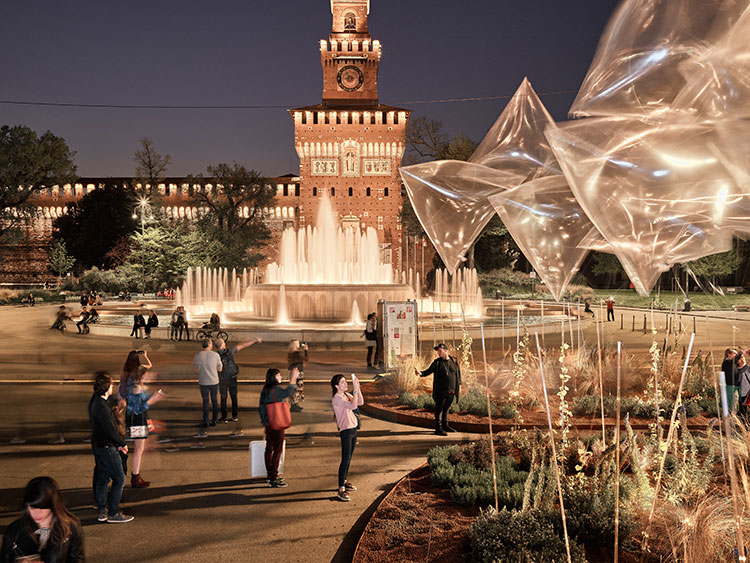