Measuring nearly nine metres tall and firing out vapour rings, a monumental new artwork thought to be the world’s biggest ceramic sculpture has been installed by London-based studi Swine Studio at the Eden Project. ∞ Blue (Infinity Blue) is an immersive, 20-tonne installation that pays homage to cyanobacteria, one of the world’s smallest living beings. It is the centrepiece of Invisible Worlds, a major new permanent exhibition at the home of the famous Biomes in Cornwall.

The exhibition reveals the untold and unseen stories of our planet beyond our senses: too big, too small, too fast, too slow and too far away in space and time. The spectacular new structure contains 32 cannons which project scented vapour rings into the exhibition space of the newly-renovated Core education building. 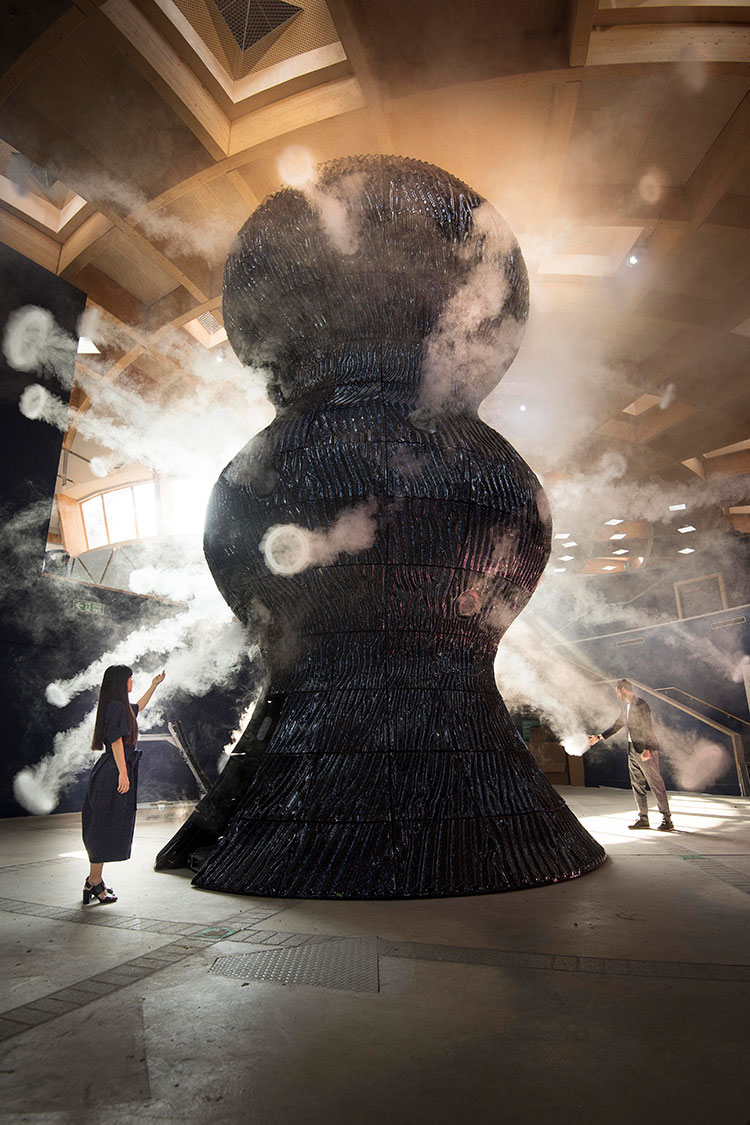 On the surface of the work, deep blue clay and oxide glazes reflect local mining history and the necessity for oxygen in the process. The textural pattern on the ceramic tiles emerges from an algorithm based on reaction-diffusion systems found in creatures from zebras to coral.

“Around three billion years ago, cyanobacteria first developed oxygenic photosynthesis. In doing so, they changed the nature of our planet,” explains Studio Swine. “In the same way that artists of the past would depict the sacred, our sculpture ∞ Blue gives physicality to the invisible elements our existence depends on; our breathable atmosphere, microbial life and deep time.” 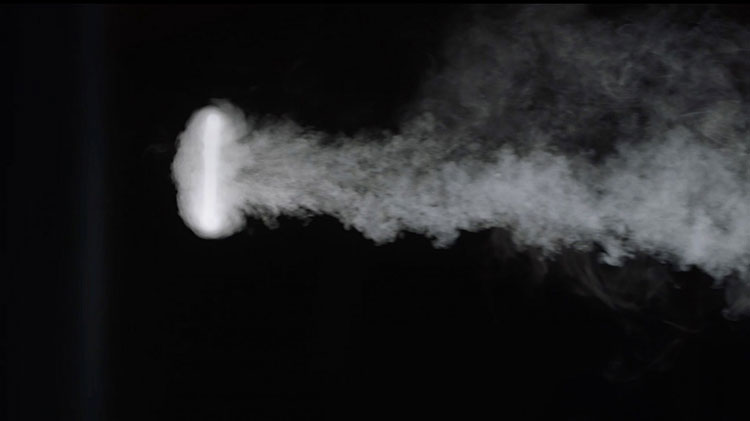 The scent of the vapour tells a layered, 4.5 billion-year history of the atmosphere. Studio Swine collaborated with Paris-based perfume house Givaudan to develop fragrances inspired by the installation, using the aromas of primordial worlds as a starting point for new sensual experiences. Film is an integral component of Studio Swine’s practice. Accompanying the sculpture will be a film directed by the artists in collaboration with Petr Krejčí. The film charts the artwork’s origins in the sea off the Cornish coast in otherworldly, sci-fi-inspired cinematography. 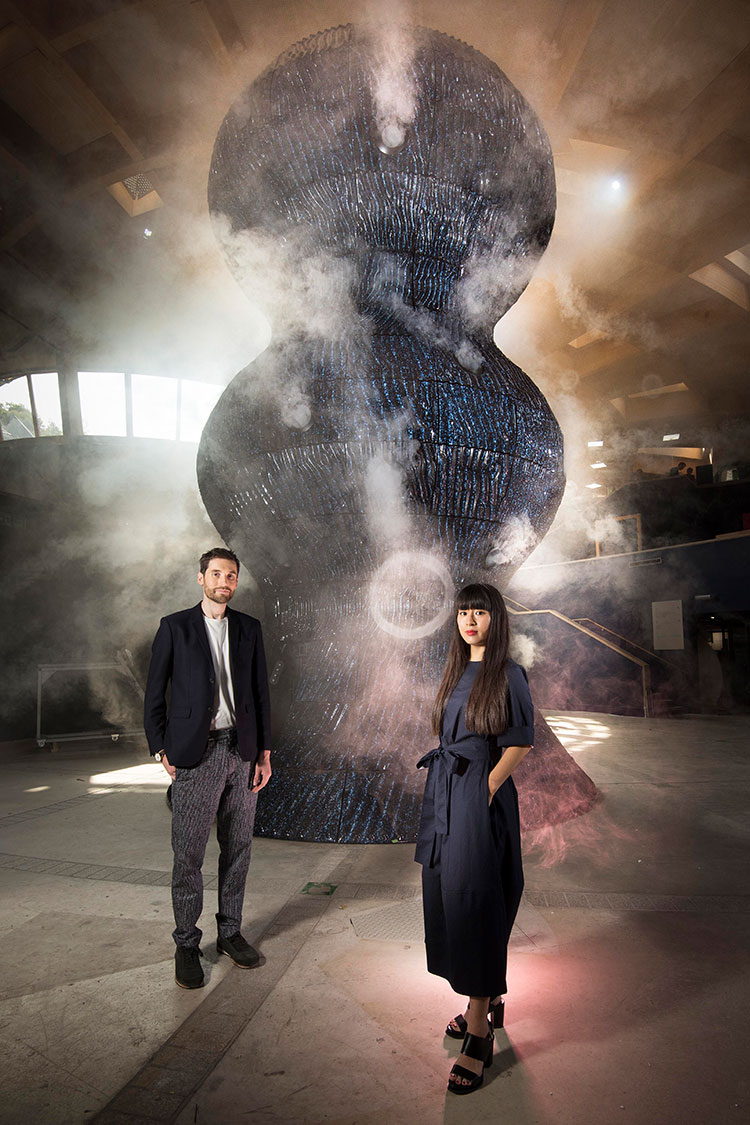 “Studio Swine have created an installation of quite transcendent magnificence which we are confident will captivate all who see it,” says Dr Jo Elworthy, Eden’s Director of Interpretation. “The artists have shown immense skill in distilling a complex scientific idea into a unique monument to the unseen engines of life that surround us all.”