To pay homage to the abundant natural resources of his home country, London-based Latvian designer Arthur Analts has designed a 5 euro coin with an unusual honeycomb shape. “The idea was to create a coin about Latvia. I was researching and contemplating the potential development routes, and according to statistics, Latvia is one of the greenest countries in the world,” said Analts. “I wanted to show ecology, and that it’s really important to us. The question was how to do it in a coin.”

On the obverse of Analts’ coin, honeycomb cells form a rough outline of the Latvian geographic contour and the Gulf of Riga. The inscription LATVIJA is placed in the lower le part of the coin, with the year 2018 below it. 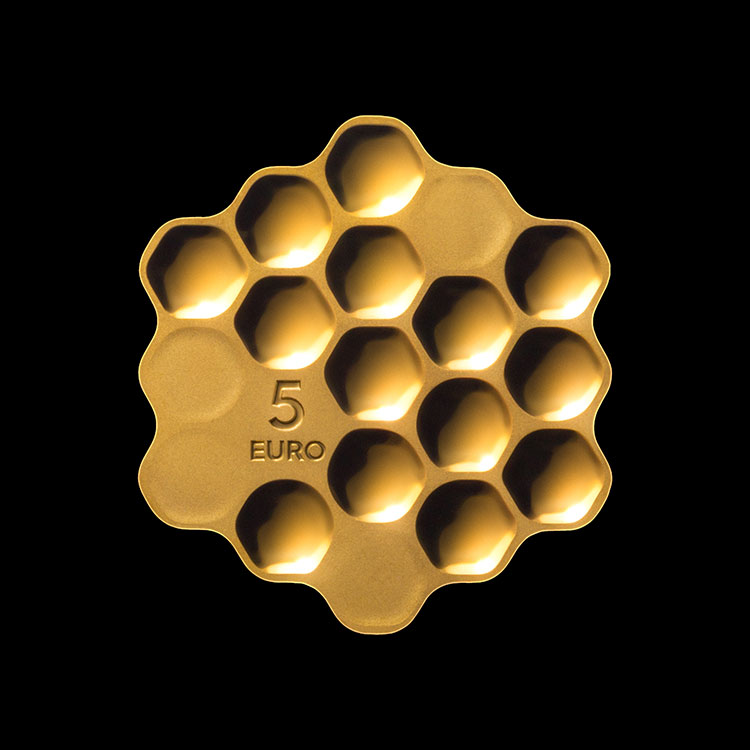 The reverse features honeycomb cells, five of which are capped, symbolizing the 5 euro value of the coin. The number “5” is placed to the left of the center, slightly lower, with the inscription EURO featuring below it.

Analts won an annual design competition organized by Latvijas Banka to create the coin. It was minted by the Lithuanian Mint and has now been issued by the bank as a collectors’ item. Each honeycomb is unique with various types of frostings, radii and depths. 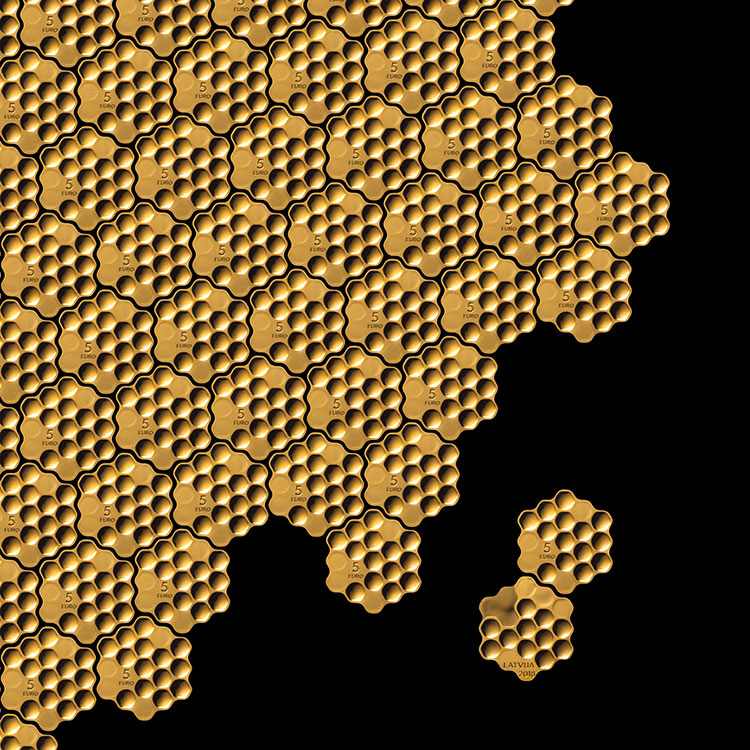