ECAL industrial design graduate Dimitri Nassisi has reimagined the fire hydrant to be more useful. In addition to filling its primary function, this new typology of fire hydrant can also be used for fighting fires, quenching thirst, filling bottles and refreshing pet dogs. “In Switzerland you can find some drinking fountains, but I don’t feel there is enough of them,” explains Dimitri. “The problem I saw was that they would often be very discreet and people don’t know where to find them.”

“Also, it is very complicated to add new drinking fountains. It takes a lot of time to develop such a project and the costs are high,” he adds. The Drinking Hydrant uses the underground infrastructure of fire hydrants; therefore, it could be rapidly implanted anywhere in the city. 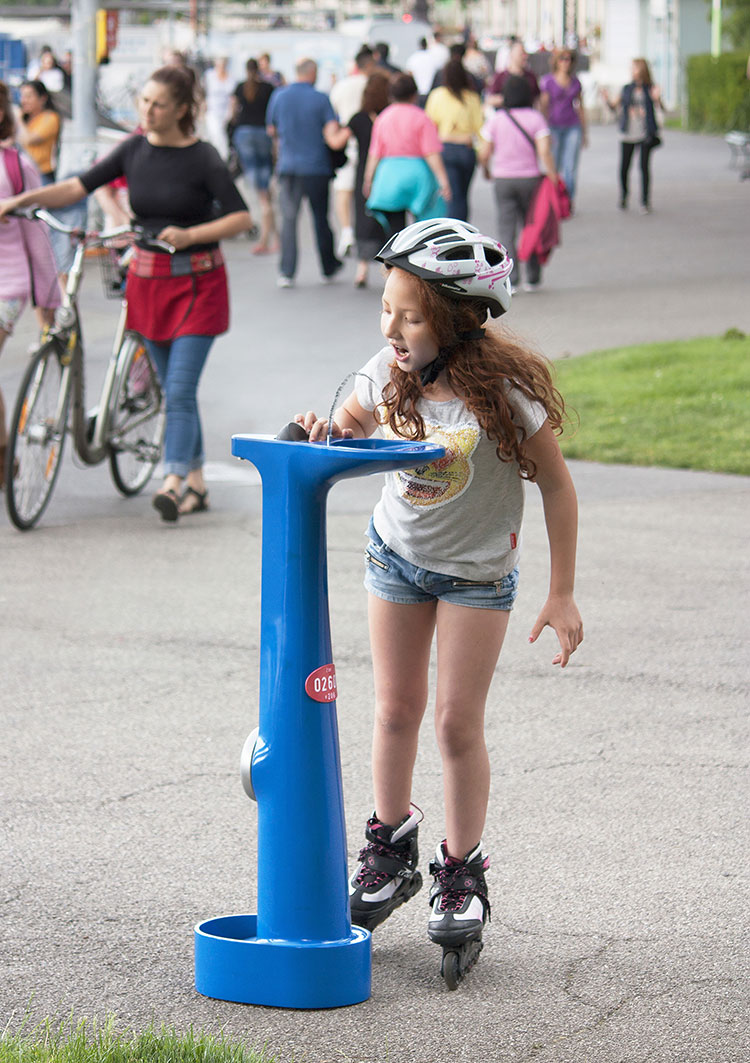 “I was intrigued by the problematic of drinking fountains in the streets as it is close to a social problematic,” he continues. “Providing more water in the cities would is a way of initiating people in a smarter way of consumption.”

“Throughout my research I found that (In Switzerland) the fire hydrants are related to the clear water pipings, all the infrastructure has an inner treatment to ensure that the water stays potable and, alongside, we can find fire hydrant at every street corner. In this i saw a lot of potential.” 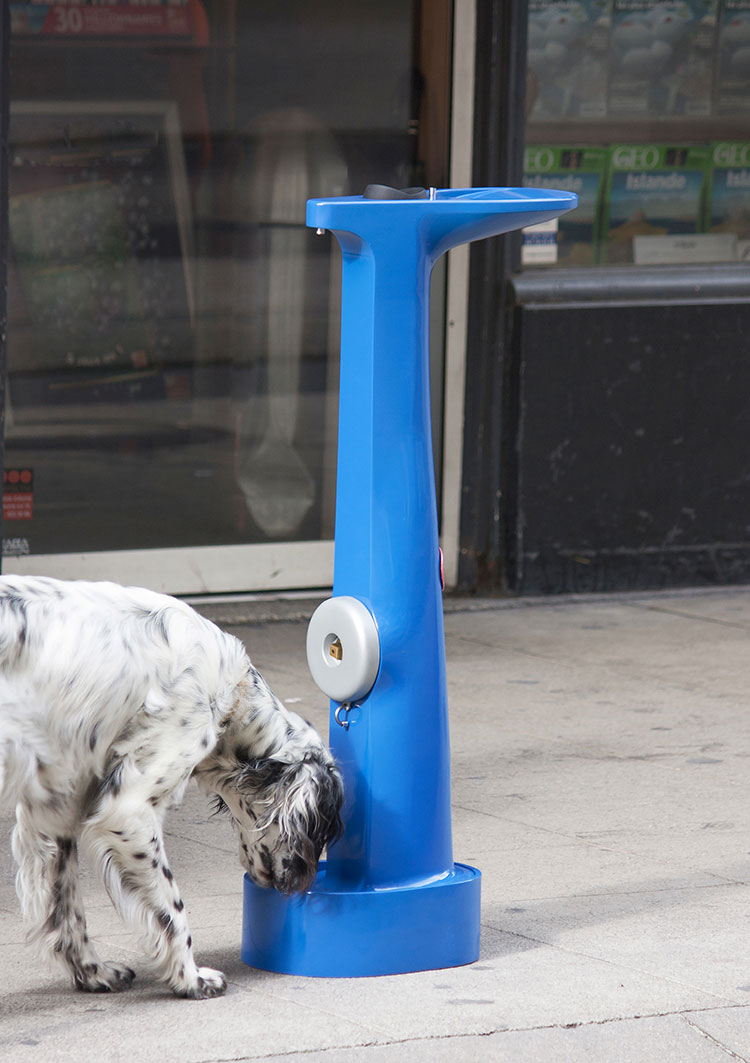 Fire hydrants installation are divided into 2 major components. The upper portion is visible to the eye and the second, lower portion is installed within the roadworks. The main valve is placed beneath the lower portion and can be activated from the top thanks to an axis.

An interesting point is that the visible portion can be easily replaced as it is only bolted at its base. This lead Dimitri to his goal, which is to simply replace the upper, visible portion in some strategic locations across the city. 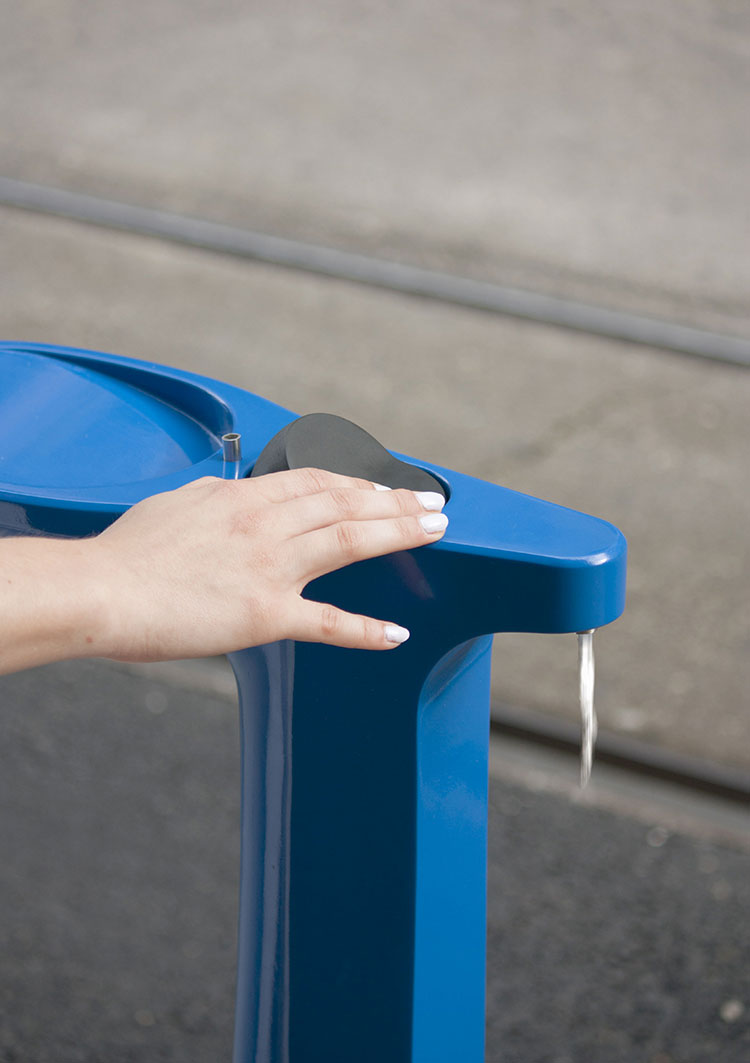 The Drinking Hydrant uses the same making process as regular fire hydrants. It is a cast iron monobloc that includes an output for remen and a drinking fountain. Push the big double sided button to the right to fil your bottle, and left to drink directly from the top. The overflow is drained to fill the dogs bowl placed at the bottom of the hydrant. The water goes through a pressure reducer before coming out, ready to use, on the cap of the installation. 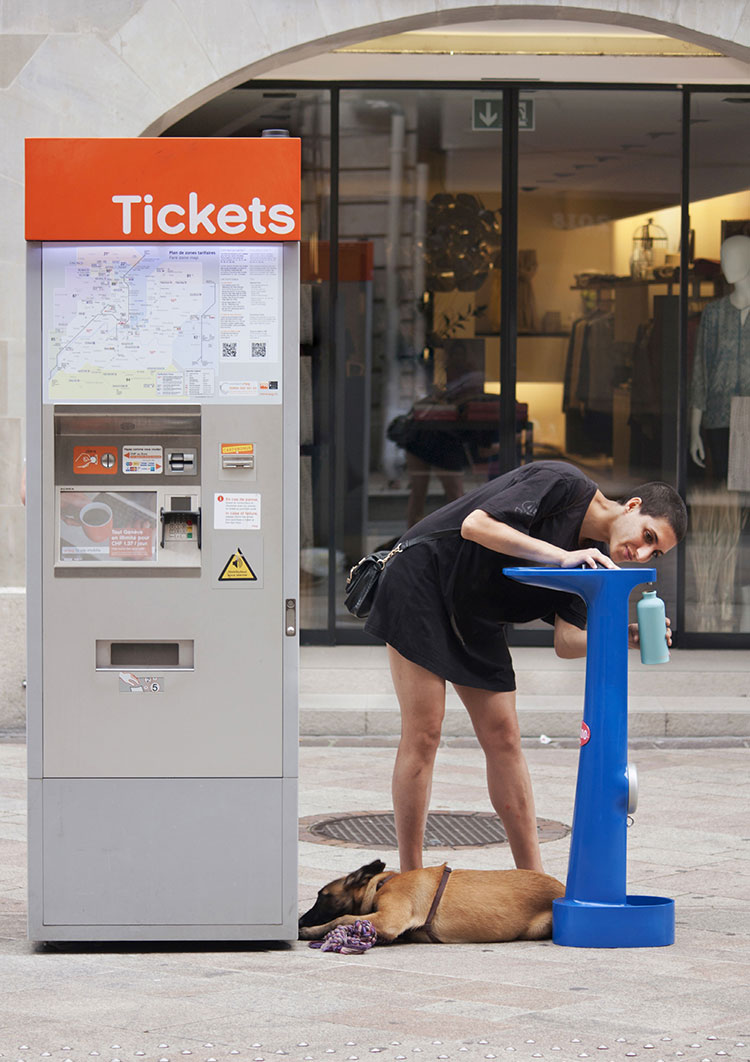 For the Firemen, it works exactly the same. The difference with the regular fire hydrant is shown in the upper portion. To minimize the quantity of «waiting-water», there is a second valve at the bottom of the upper part. This second valve only allows water through tiny pipes to the top so that the upper portion doesn’t fill itself fully. The pressure reducer is situated on theses pipes. When there is a need for fire fighting, the firmen would open fully the second valve to let the water flows with high pressure filling the whole Drinking Hydrant.

The Drinking Hydrant is only a prototype at the moment but Nassisi hopes it could replace some existing fire hydrants at strategic intervals around Renens, Switzerland.