Prolific Japanese design studio nendo has conceived an emergency mobile battery with hand generator for Japanese company Sugita Ace. When in disaster, securing power supply for smartphone means having access to basics such as communication and lighting. A mobile battery could be an effective source of power and this one was developed to be charged at home and grabbed in case of an emergency, rather than to be carried all the time.

The charging dock functions as a container for charging phones, glasses or stationaries so that the mobile battery can be naturally charged in daily life. For power generation under blackout situation, solar panel and hand cranking were considered as options but the final design deployed new method that efficiently generates power with only one hand.

The stick can be pulled out to double its size and bend to L shape, which can be easily swung with one hand to generate power with centrifugal force. A lithium battery was positioned on the tip to maximize the centrifugal force, utilizing the weight of the battery as an advantage, which tended to be regarded as a disadvantage. 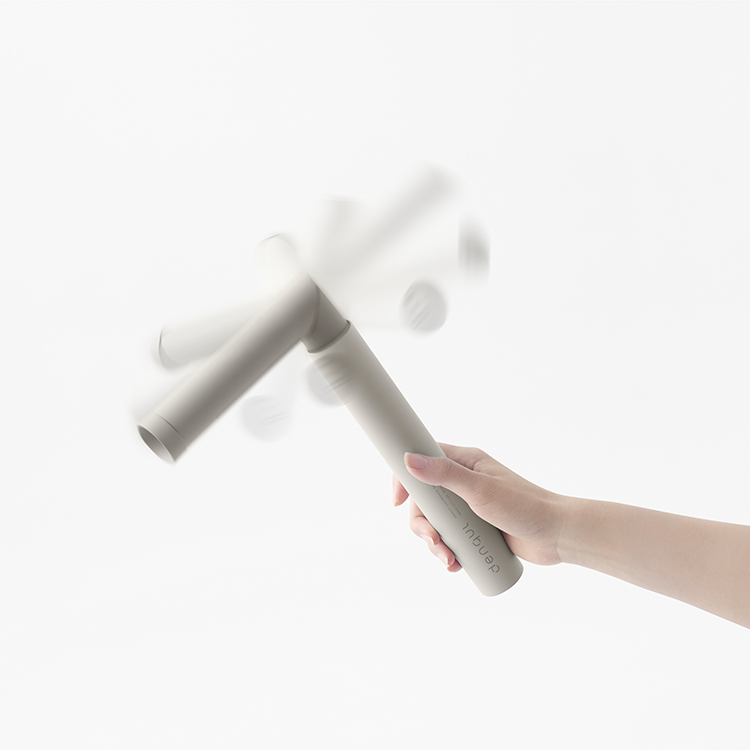 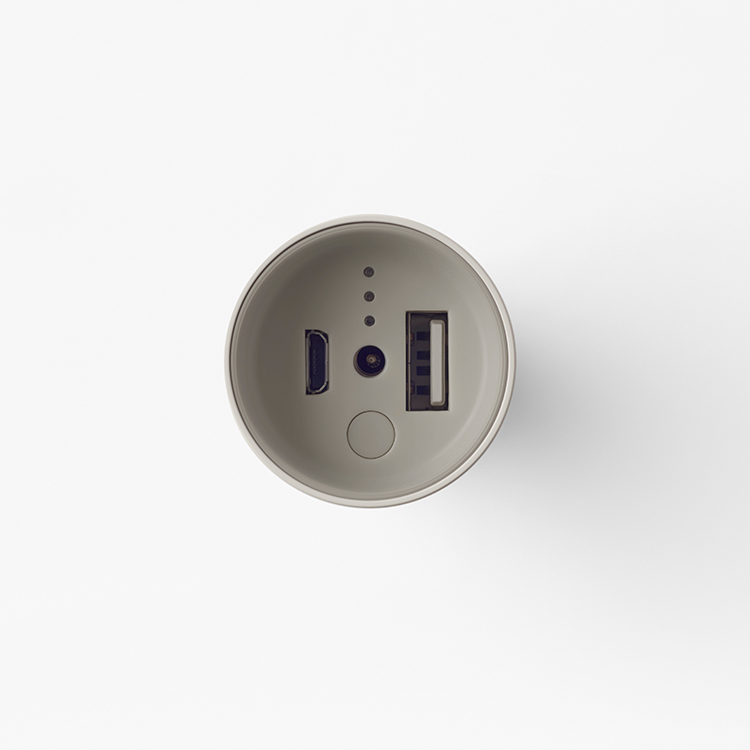 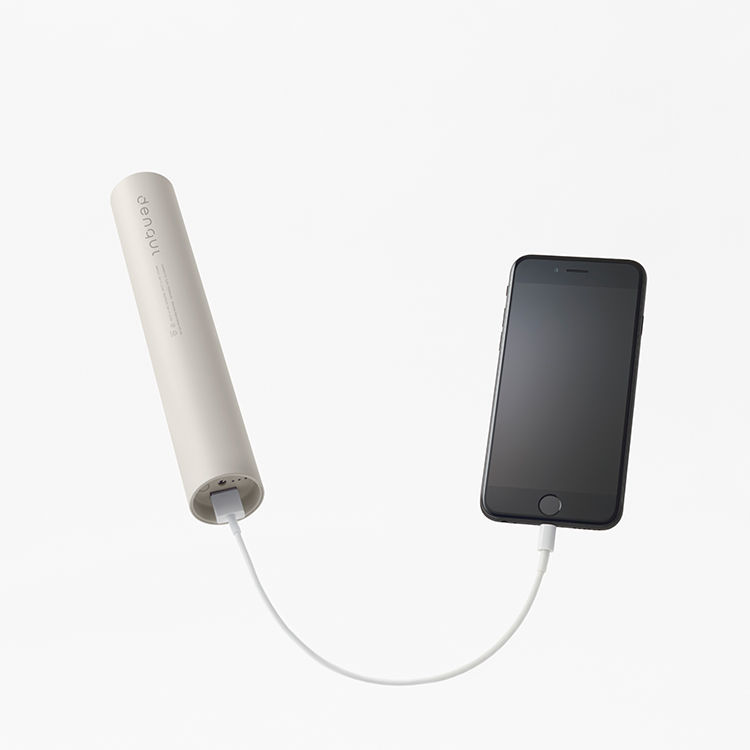 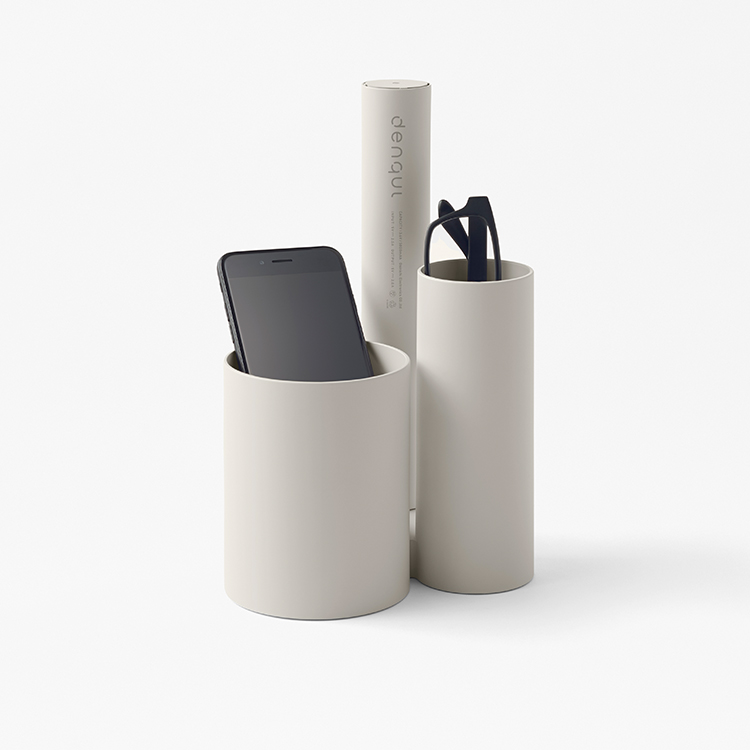