On the occasion of the Beijing Design Week 2018, Superimpose Architecture has designed the CO2 Pavilion as an enclosed place for isolation and contemplation from urban chaos. Located in a car park in the west of the city, Superimpose has partnered with creative studio Shardisland to create the C02 pavilion and draw attention to air pollution in the city.

Superimpose Architecture was invited by the Yan Jing Lane community to design a site-specific architecture installation within its grey brick courtyard in Chaoyang District for During the 10th edition of the international Beijing Design Week event, which took place across multiple locations in the city from 24 September to 5 October. Within the Yan Jing Lane urban community, the CO2 Pavilion strives to restore the missing sense of gathering and togetherness rooted in the traditional Chinese siheyuan way of living.

The CO2 pavilion is a horizontal volume of light and smoke in the center of the courtyard enhancing its proportions as well as the symmetrical geometries of the paved courtyard where the pavilion stands. It is composed of twenty-six square-sectioned frames tied together through the simple use of bolts and nuts in a system of 3 different modules that encloses a portion of open space into an inner patio open to the sky. Here, the visitors are put in strategic proximity with the existing nature of the courtyard while an outer layer defined by perimetral white screens works as transition zone between the chaotic urban surrounding and the intimate atmosphere of the patio.

During the Beijing Design Week, the CO2 Pavilion has become the physical backdrop for a series of public events and workshops curated by the creative studio Shard Island who invites artists from different background to share their stories.

The CO2 Pavilion played the role of a cultural hub and gathering spot as well as symbolic landmark to enhance and consolidate awareness about some of the most pressuring conditions that affect the cities we inhabit. Through a system of non-toxic theatrical steam machines, the CO2 Pavilion stands as a playful reminder of the impact of uncontrolled consumption. 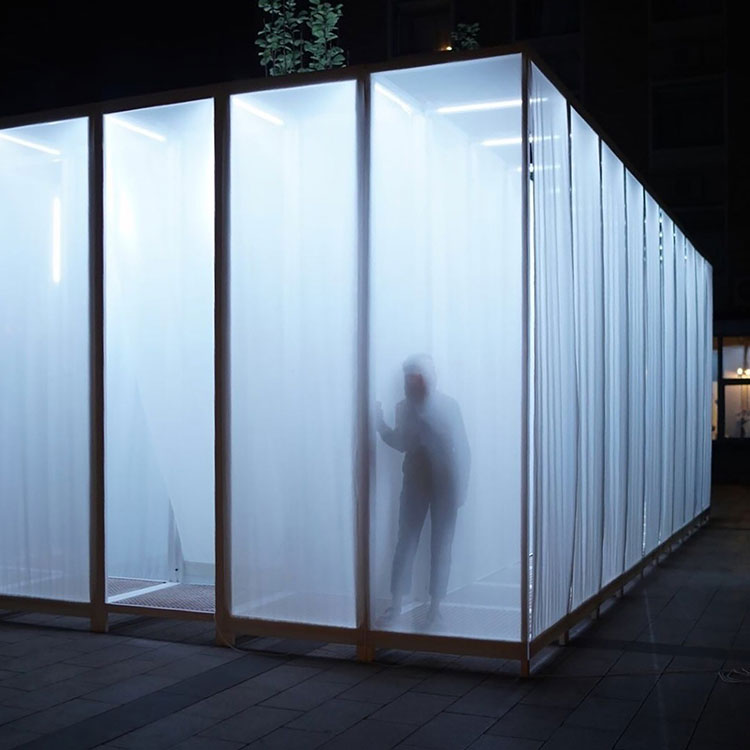 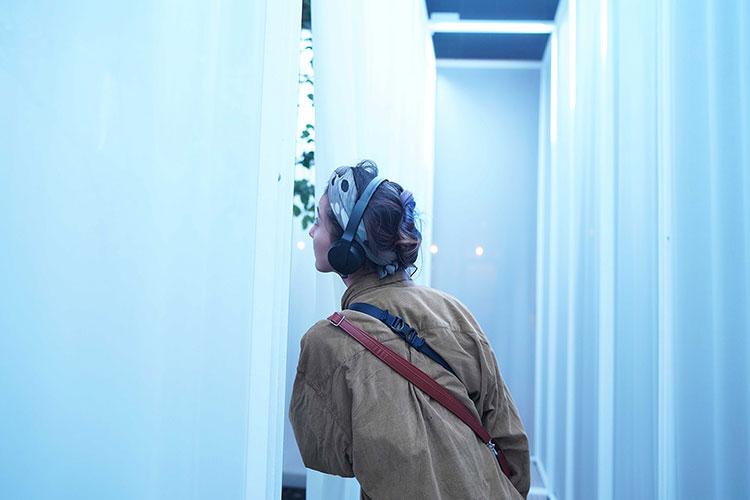 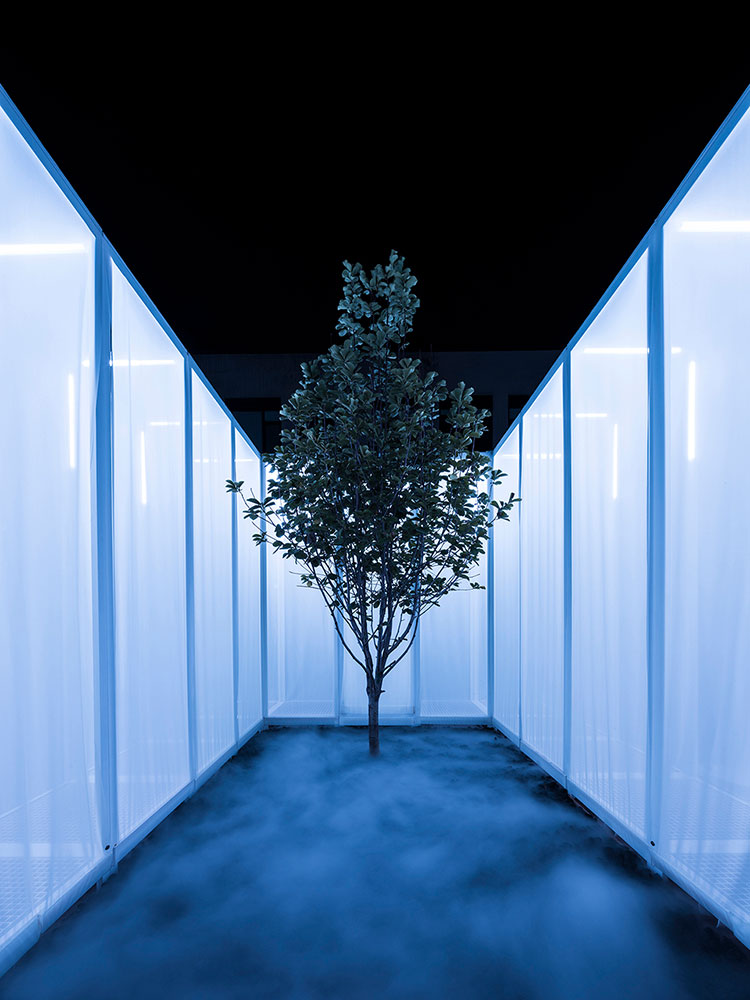