This week at Design Miami/, Friedman Benda has unveiled KAWS x Campana, a collaboration between American artist KAWS and Brazilian designers Fernando and Humberto Campana. The Kaws x Campana collaboration includes two armchairs and a sofa with seats and backs made from soft toys. 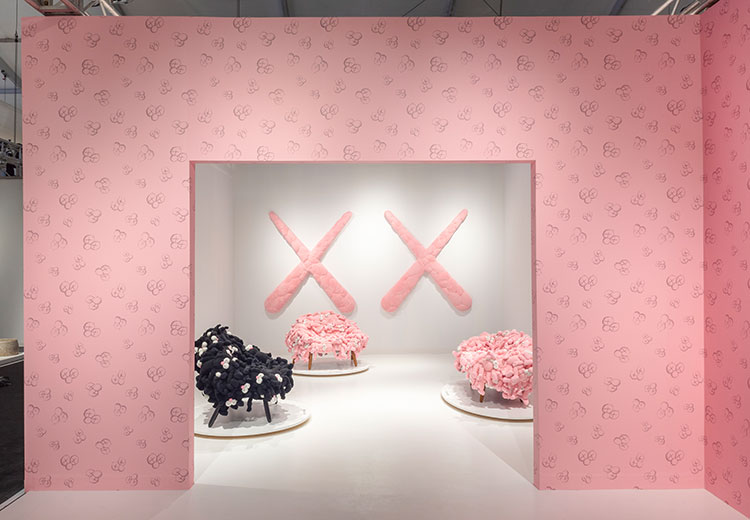 These plush characters are recognizable as cartoon figures used frequently by Kaws, who “draws inspiration and appropriates from pop culture animations to form a unique artistic vocabulary across various mediums,” according to Fridman Benda. His style can also be seen in murals he created on New York basketball courts, and a retrospective of his work that took place in Shanghai last year.

Considered one of the most relevant artists of his generation, KAWS (b. 1974) engages audiences beyond the museums and galleries worldwide in which he regularly exhibits. KAWS x Campana is one of the latest projects from the artist’s acclaimed multi-disciplinary practice, which includes paintings, murals, large-scale sculptures, graphic and product design. With humor and playful intricacy, he draws inspiration and appropriates from pop culture animations to form a unique artistic vocabulary across various mediums. 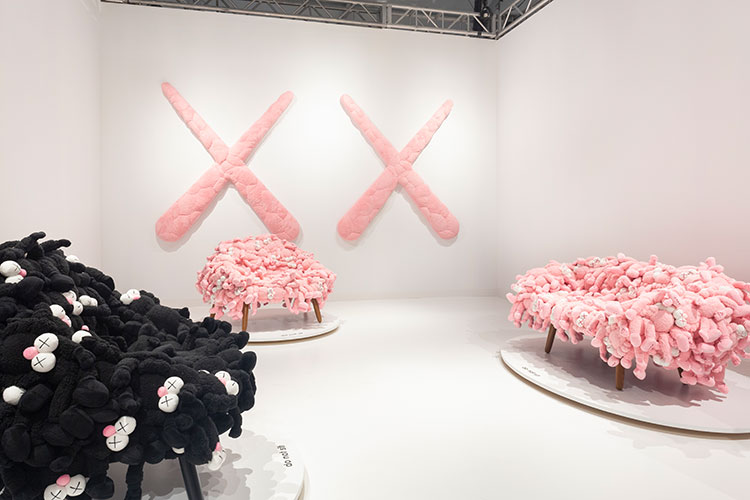 Pioneers in the global design landscape, Fernando (b. 1961) and Humberto Campana (b. 1953), formed Estudio Campana in 1983 in Sao Paulo, Brazil. A radical departure from the modernist aesthetic dominant in Brazil of the time, Estudio Campana fearlessly combined sculptural and design sensibilities to create a revolutionary new discipline. Pairing traditional craftmanship with industrial techniques and unconventional materials, Estudio Campana investigate concepts of cultural over-consumption, transformation and reinvention through their designs. Estudio Campana’s works can be found in over 40 public collections, including the Museum of Modern Art in New York and Centre Georges Pompidou in Paris.

The new pieces are on show as part of the Friedman Benda booth at Design Miami, 19th and Meridian Streets, Miami Beach, 5-9 December 2018.