The light installation, named Lucia in the Sky, is a site-specific project commissioned to architecture studio Brut Deluxe by the City of Madrid for Gran Via, coinciding with the termination of the refurbishment and partial pedestrianization of the emblematic road and its inauguration.

The light installation is inspired by the images of the nebulae and galaxies realized by the Hubble telescope and the feelings that immediately associate at its contemplation: the hypnotic astonishment facing the immensity of space, the infinity of stars and possible worlds mixed with the recorded memories of the real contemplation of the milky way, also present but steadily further away and apparently unreal due to the lack of darkness of the night sky in more urbanised society each day.

“Gran Via is orientated east-west and we cover the sky with an artificial nebula, an imaginary milky way, more brilliant, colorful and psychedelic,” says Brut Deluxe. “Lucia is a kitten living on Gran Via and, showing up only casually at determined spots, seems to be trying to catch one of the blinking stars.”

The installation covers 1300-meters of Gran Via and is realized with bulbs with a total of 360,414 LEDs summing to an installed power of 31kW. 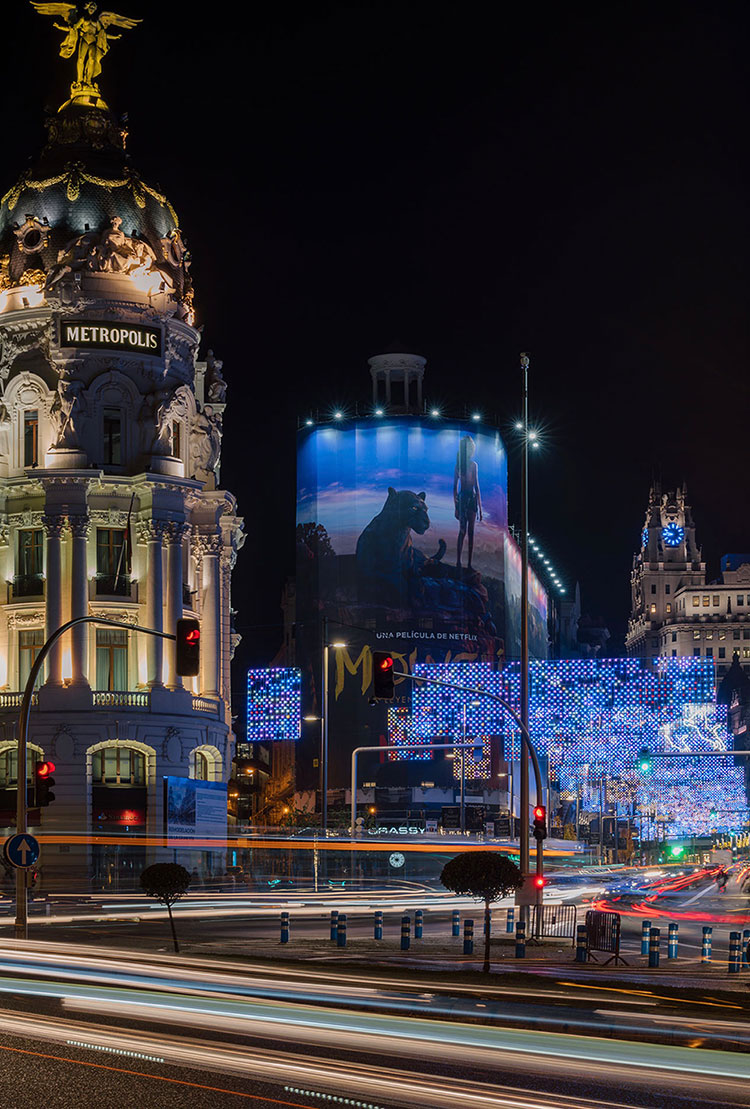 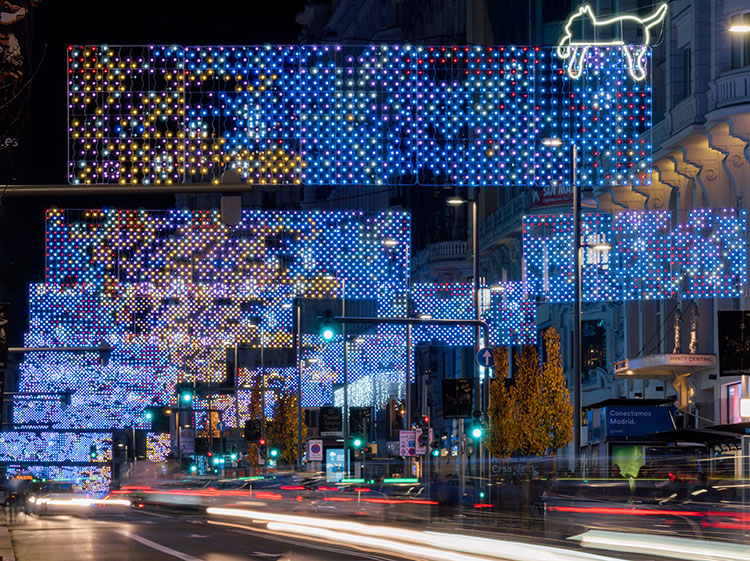 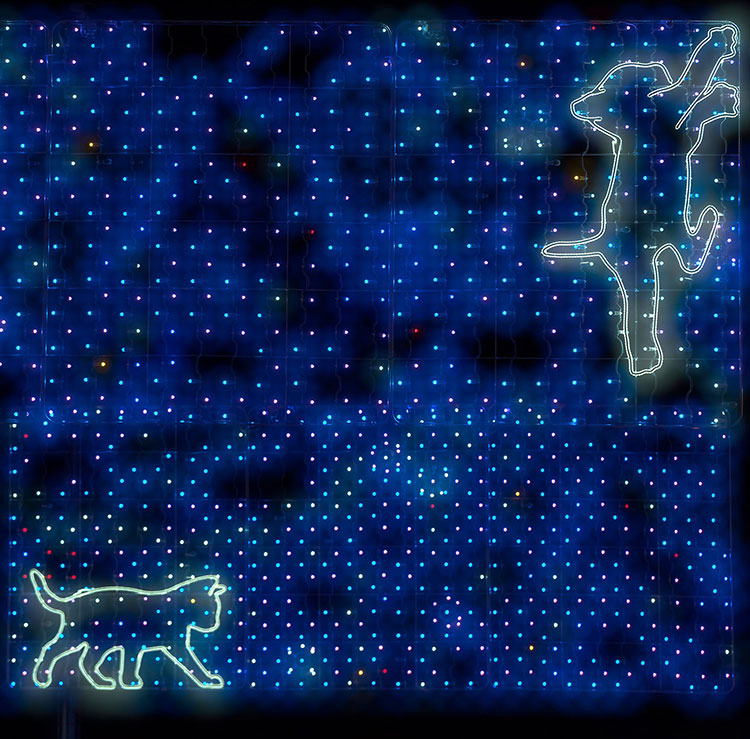 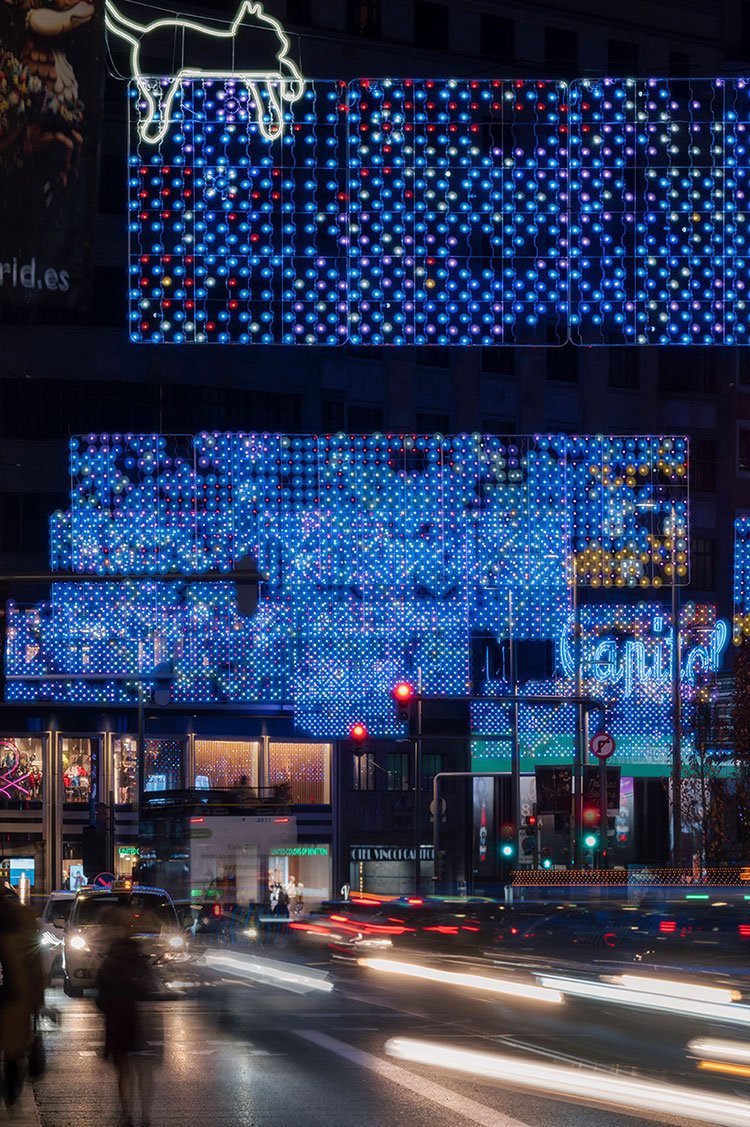 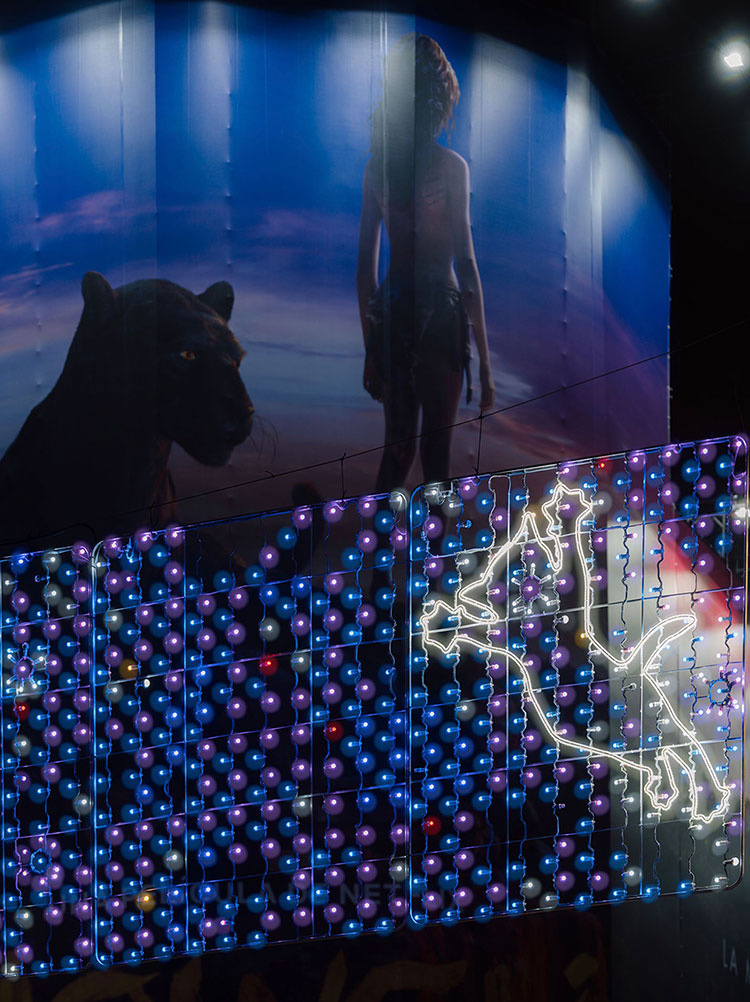 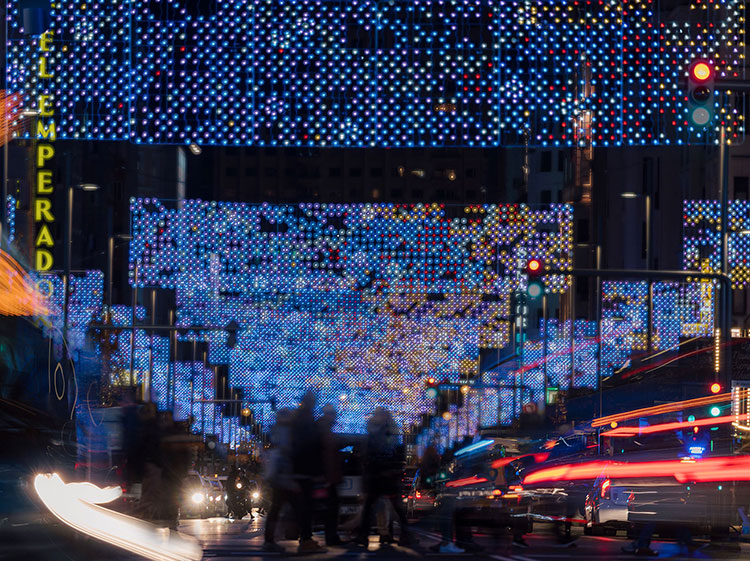 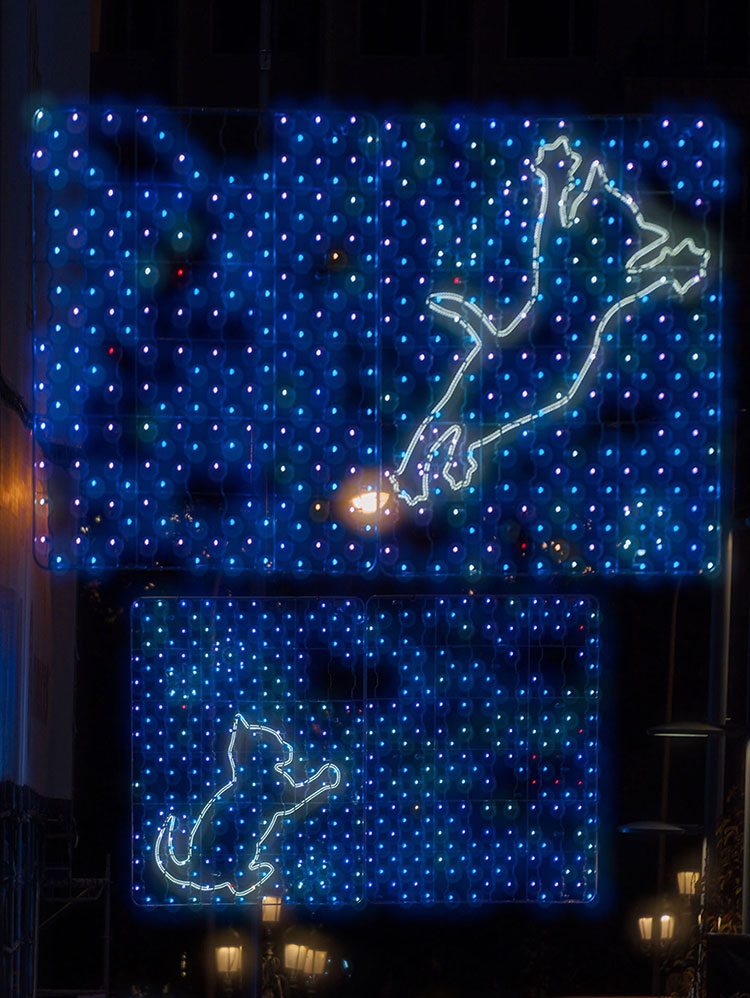 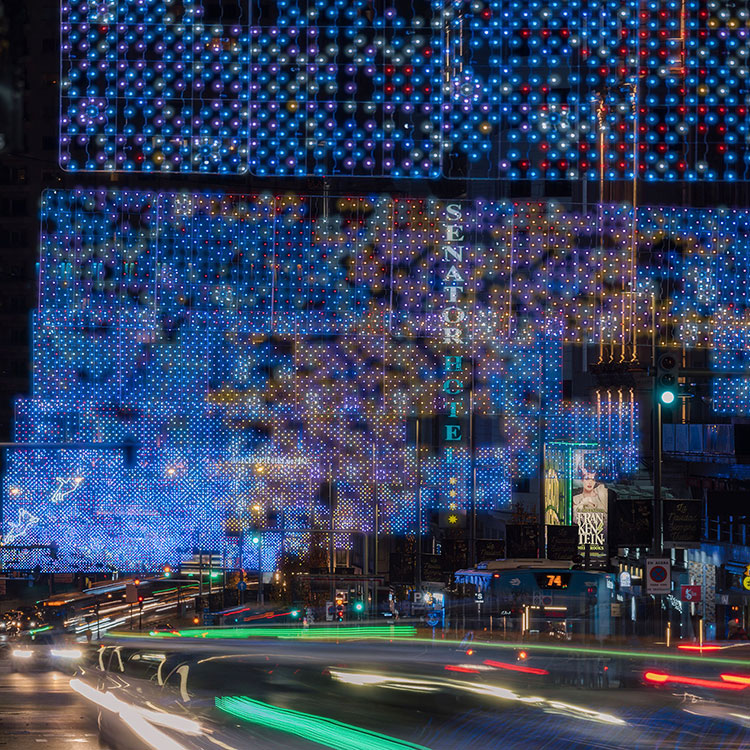 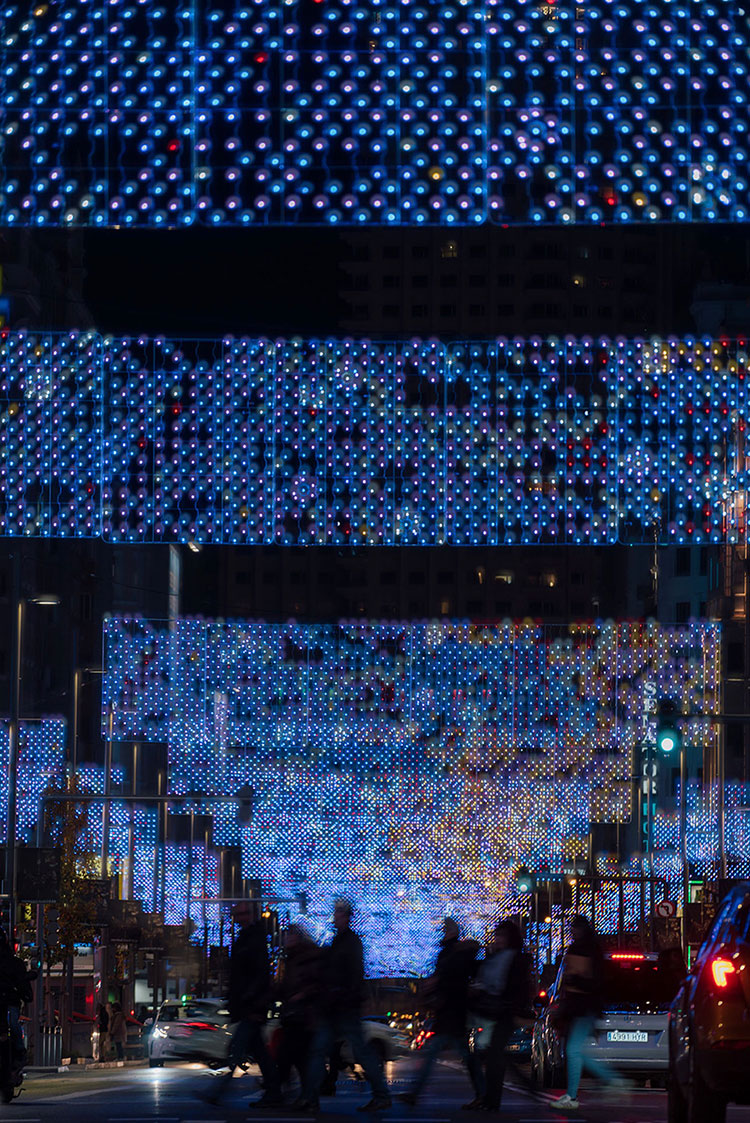 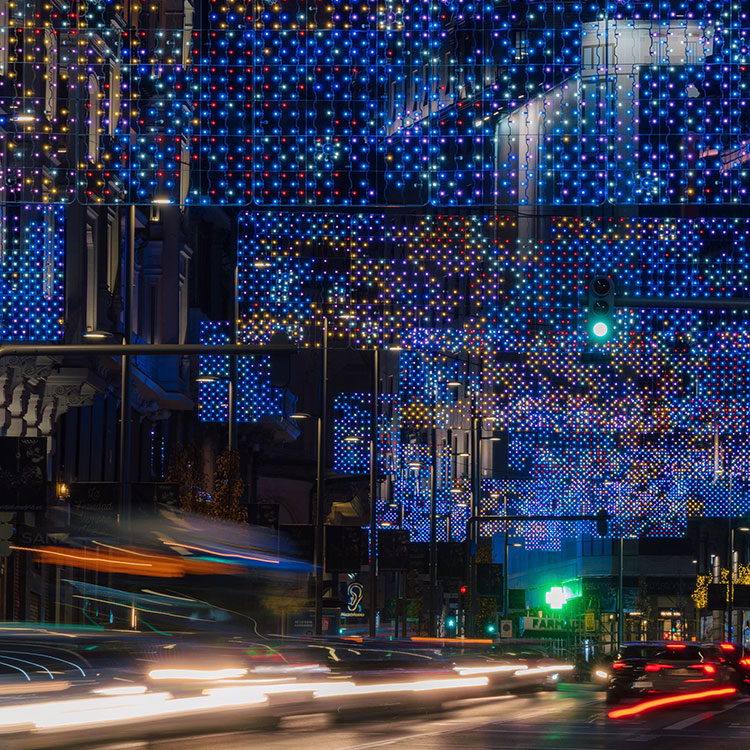 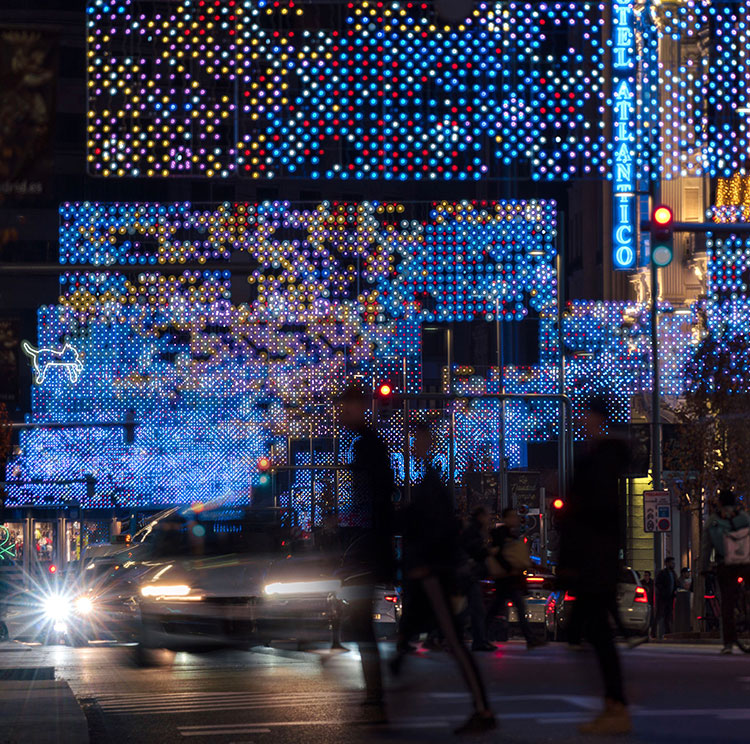 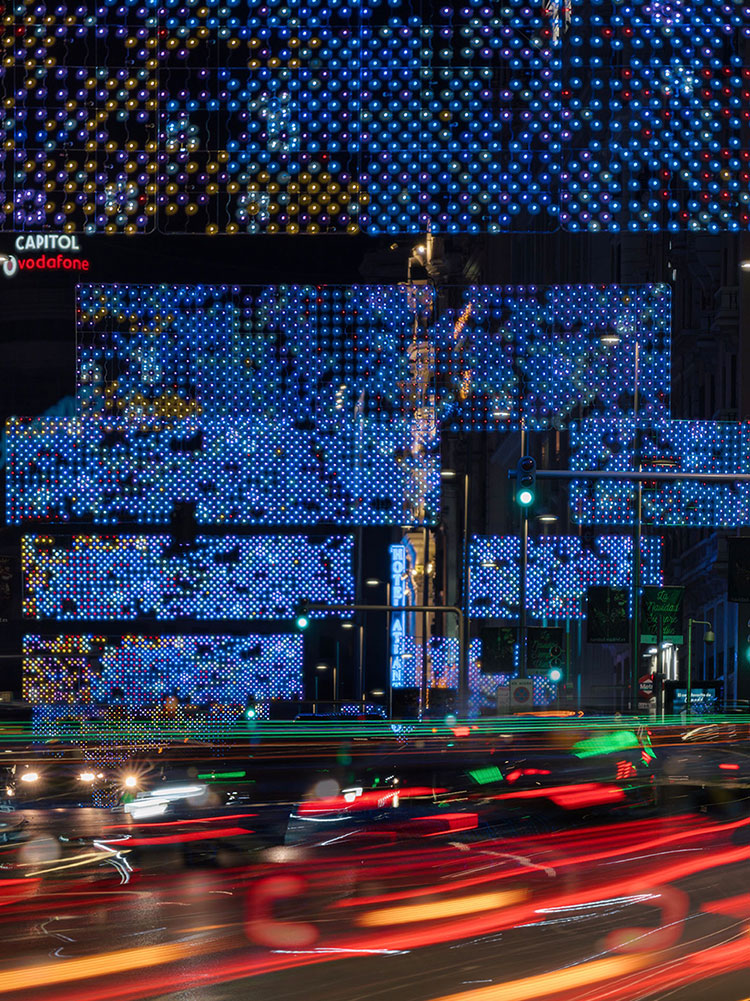