Nendo has unveiled ‘Soft Pond’ and ‘Tangent’, two new home collections designed by Oki Sato for Atelier Swarovski. The Soft Pond series comprises of unique quality of flat-cut crystals. Used for chandeliers and dresses, is that the thicker the material is, the more saturated its color gets. The same phenomenon appears in large bodies of water – the deeper the lake is, the darker its color. Therefore, a mix of crystal thicknesses was used in the objects to gain a range of shades and convey a feeling of depth. 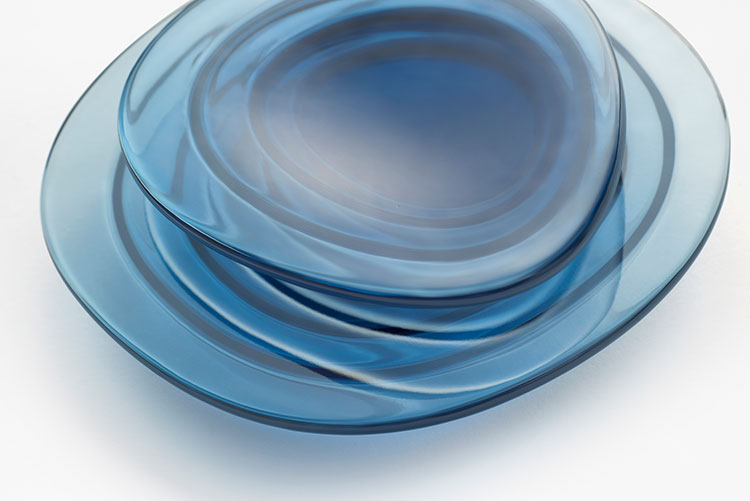 The crystals were made by gradually increasing the thickness from top down, starting with 4mm, 5mm, 6mm, then 7mm. They were also tapered so they will become thinner towards the outer periphery, to create a gradient effect within the same depth of water. The result is a small vessel that resembles a small pond scooped up and placed on the table.

The trays come in four different sizes, all with change of cutting at the same thickness, aimed to make the depth of water appear the same when using several vessels at the same time. The incline on the upper surface was created using a technique of acid pickling, controlling the desired proportion by gradually enlarging the pool of acid. The appearance of this liquid-based manufacturing process supplements the overall concept by evoking the image of small ponds also during production. 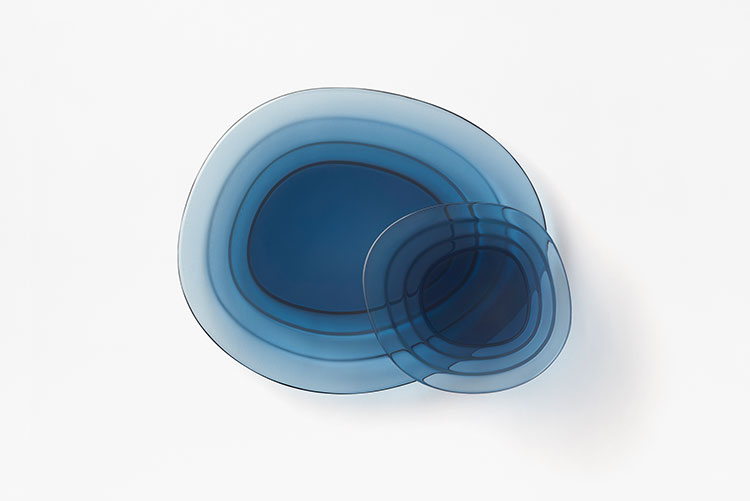 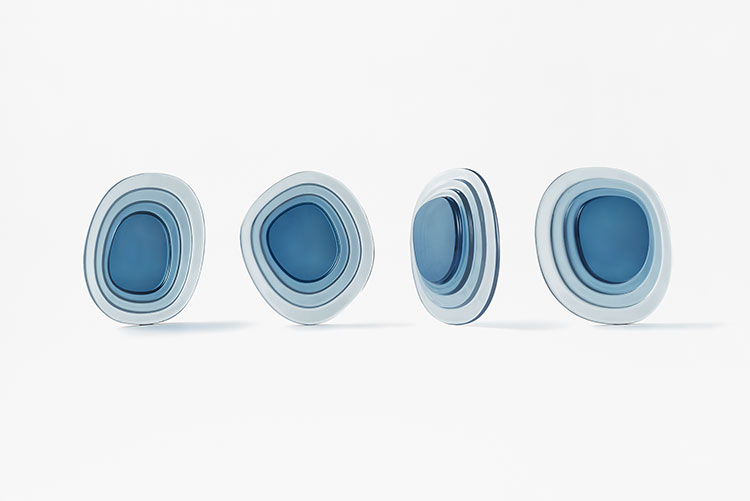 The second series, Tangent, is a homeware collection showcasing cube shaped frames that hold various combinations of crystal discs and metal rings. There are two types – blue colored crystals are used for frames with a mirror finish, and black colored crystals are used for frames with a matte black finish. All elements in these objects are supporting one another in the most minimal way appearing as overlapping shapes that are just barely holding their balance. Depending on the position, direction and size of the rings, each item has different functions as a candle holder, vase, tray, and a mirror. The flowers or the flame of the candle can be enjoyed by viewing them through the carefully positioned flat-cut crystal disks, framing the object. 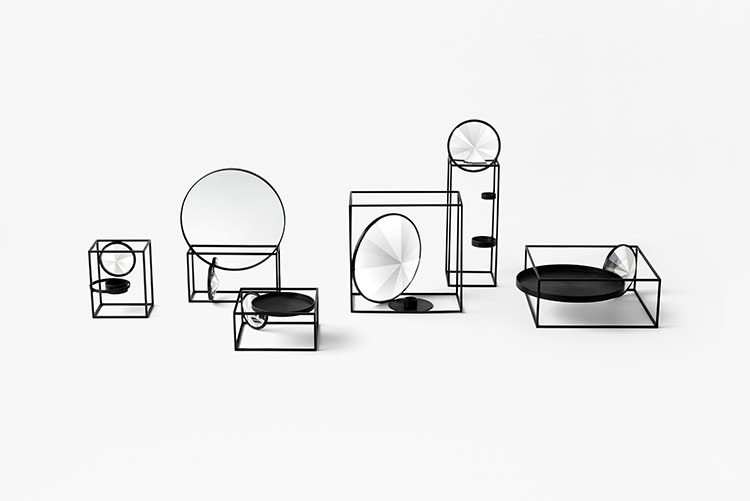 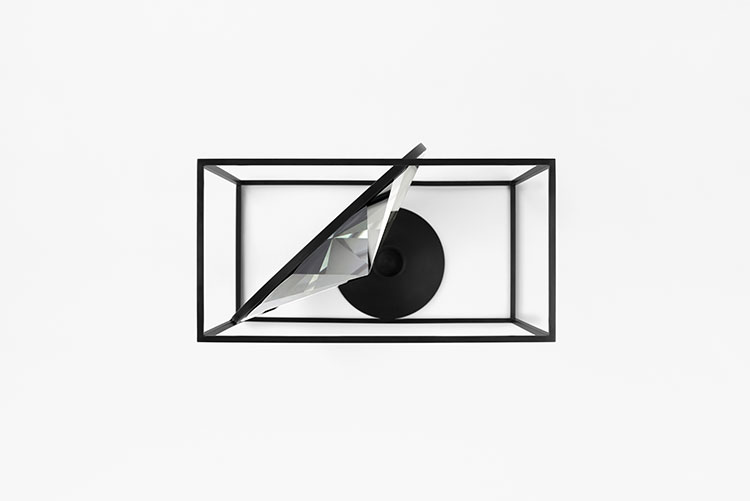 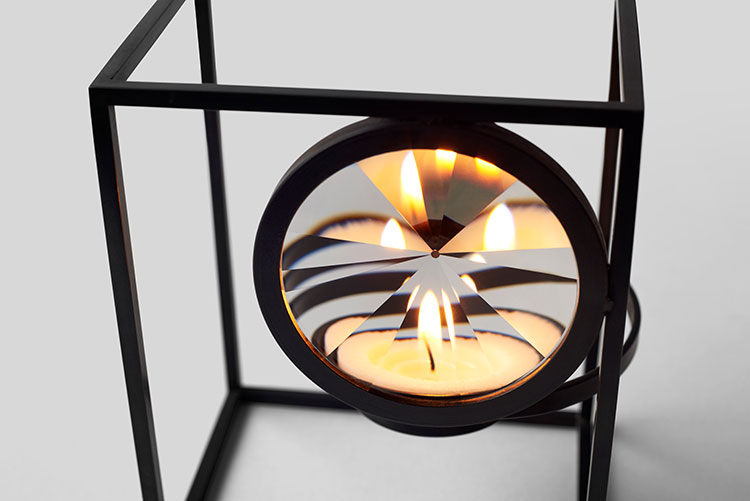 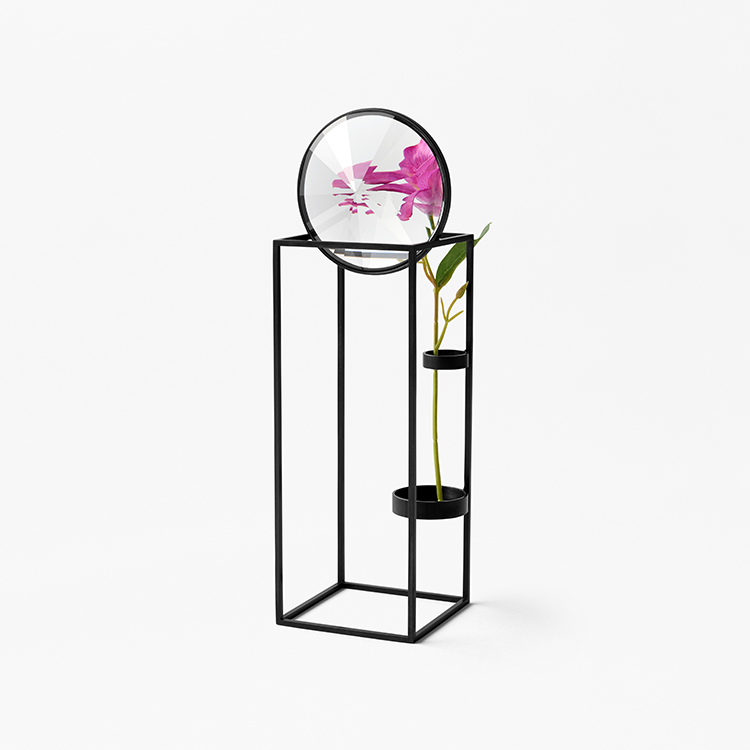