Los Angeles-based studio ēnsso has launched Escala, a fountain pen conceived as a tool for architects and engineers. The pen’s triangular cap serves as a scale ruler graded with 6 imperial and 6 metric scales. The fountain pen slides in or out the cap so they can be used simultaneously. The pen is expertly machined from a solid block of aluminum anodized in matte black and comes equipped with a Peter Bock, German-made nib that provides the smoothest writing experience. 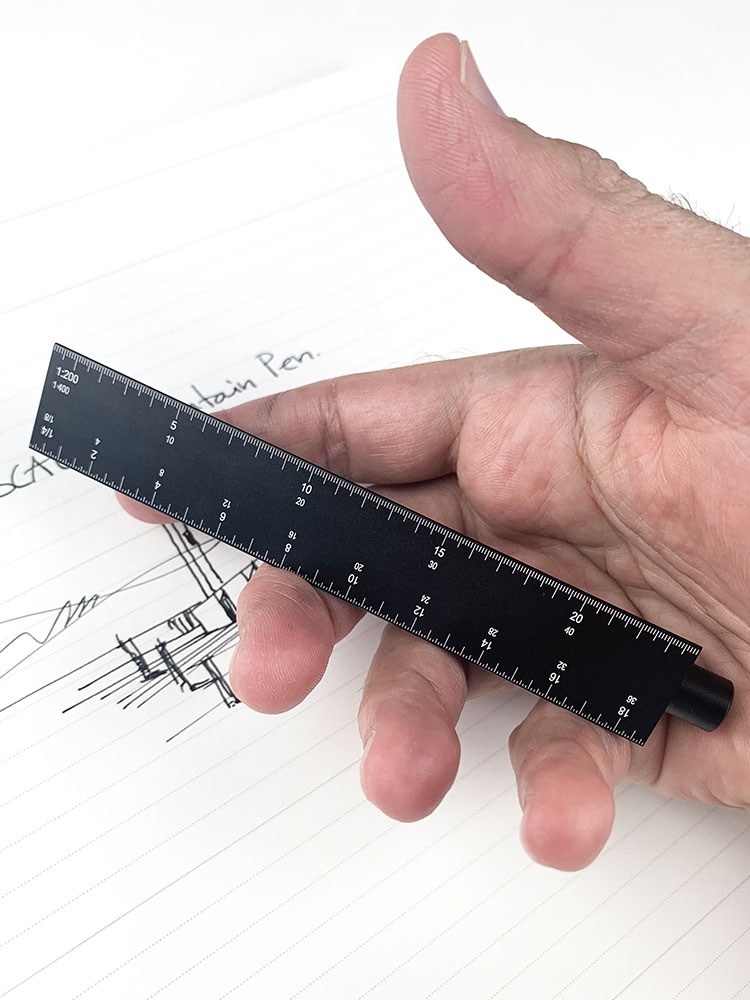 The pen has been in development for 6 months, producing countless 3D prints and machined prototypes. Following design refinement, the product is ready for mass production with $27,646 USD pledged from 411 backers. Those who pledge $50 USD to the Kickstarter campaign will receive an Escala pen at 50% of the future predicted retail price, to be delivered in June 2019. 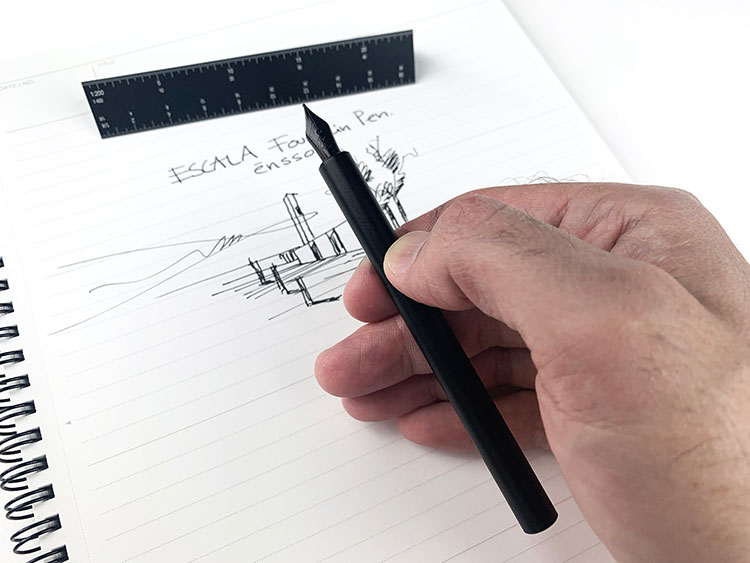 Escala is just one of many ventures by architects in stationery design. Last December Japanese designer Oki Sato has unveiled a ballpoint pen designed as a practical “compact car” that fulfills small needs of our daily lives. Or the world’s first magnetic multi-tip drawing pen launched by Wright Design Co. on Kickstarter.