Mexican design firm Bandido Studio has designed a table lamp inspired by the Buna Shimeji type mushroom. Mushrooms were a constant thought to the studio since they are present in diverse ecosystems around Mexico. The different forms we can find in the Fungi world don ́t differ that much from each other since its primary function is to spread the fungi spores. 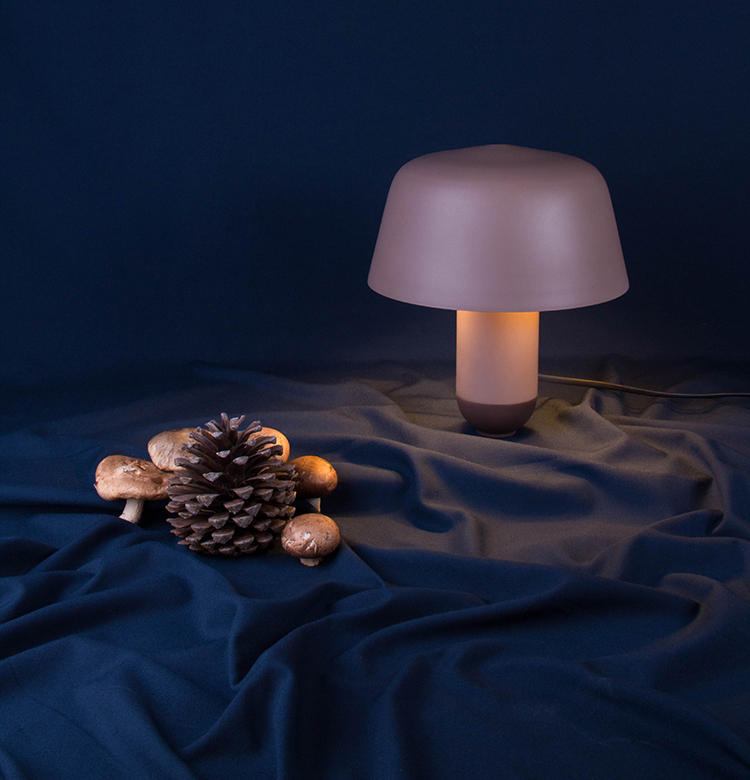 Down to the Buna Table Lamp, the studio iterated with different shapes of mushrooms and realized that each shape dispersed the light on a different way. The end result was abstracting the Buna Shimeji form and proportions into a softly and rounded shape made with different metal components.

The light it produces is constrained to the mushroom shaped head. Nonetheless, it disperses and fills spaces with a discrete and delicate brightness as the main function of mushrooms on their ecosystem. The Buna lamp comes in two colors, including a soft brown that resembles the hues of mushrooms, and “indigo blue”. The cap and stem come in matching tones, but the bottom tip is colored slightly darker. 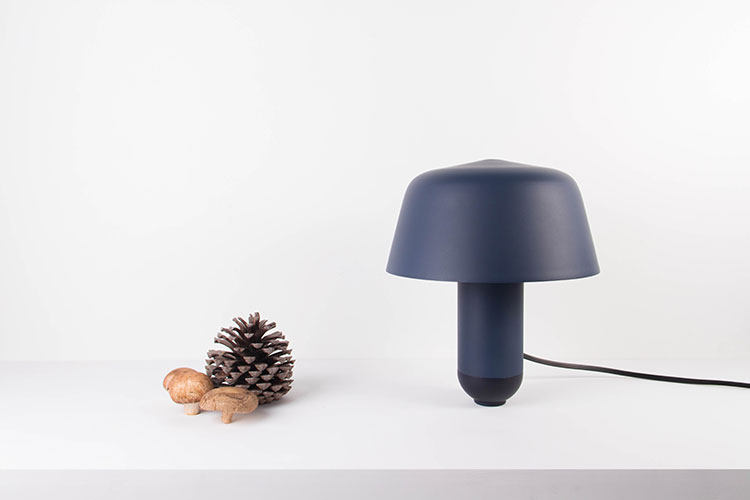