On the occasion of the Milan Design Week 2019, Chilean architecture duo Pezo von Ellrichshausen has installed Echo, a mirrored structure within Palazzo Litta, a historic residence in the heart of the city of Milan. Described by studio founders Mauricio Pezo and Sofia von Ellrichshausen as a “magic open box”, Echo offers two types of reflection – some are the right way up, while the others are upside down. 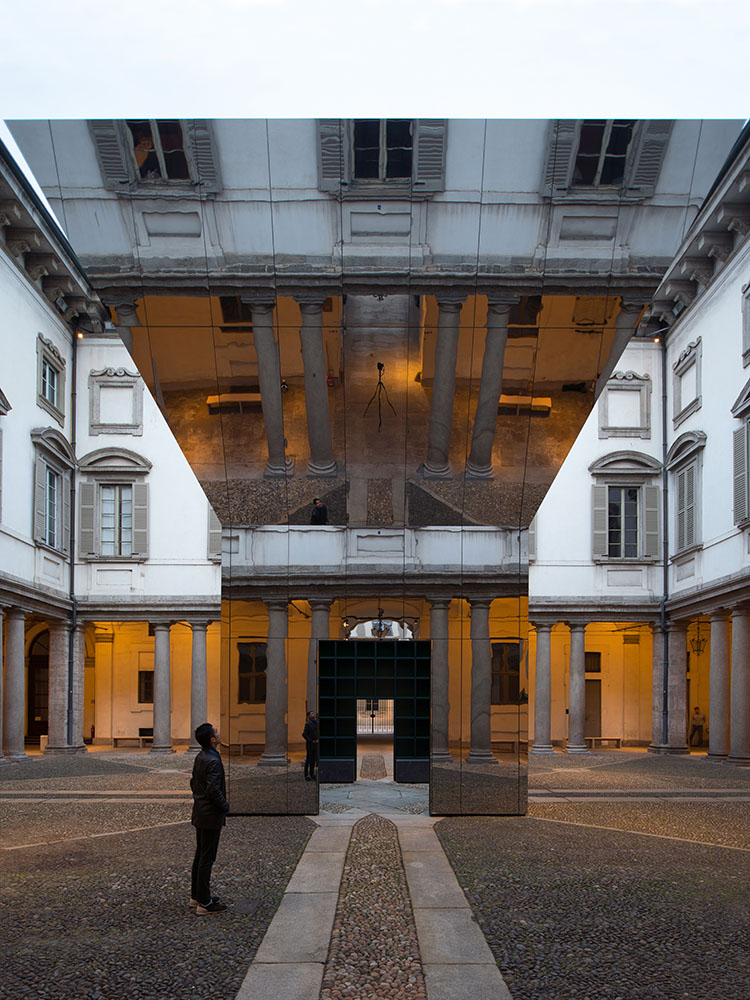 In 2008, they oversaw the Chilean pavilion at the Architecture Biennale in Venezia, also taking part in 2010 and 2016. In addition, they exhibit their projects at the Royal Academy of Arts in London and have become part of the permanent collection at the Art Institute in Chicago and MoMA, the Museum of Modern Art in New York. Alongside their concept and design work, they have teaching commitments at universities in Chile and the United States, including Harvard and Cornell Universities. Sofia von Ellrichshausen was also president of the jury at the last Architecture Biennale in Venezia. 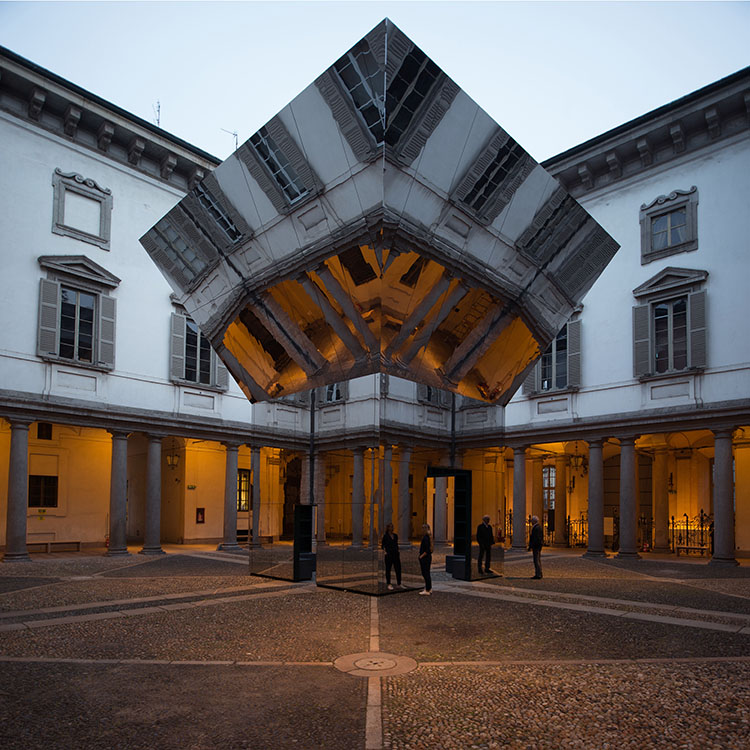 At Palazzo Litta the studio has presented this a mysterious object that inspires a sensitive adherence between the interior and exterior settings. The pavilion puts Man in the centre, simultaneously the subject and source of contemplation. The exterior of Echo, covered with a mirrored surface, reflects the baroque colonnade and the two upper orders that make up the courtyard of the building. 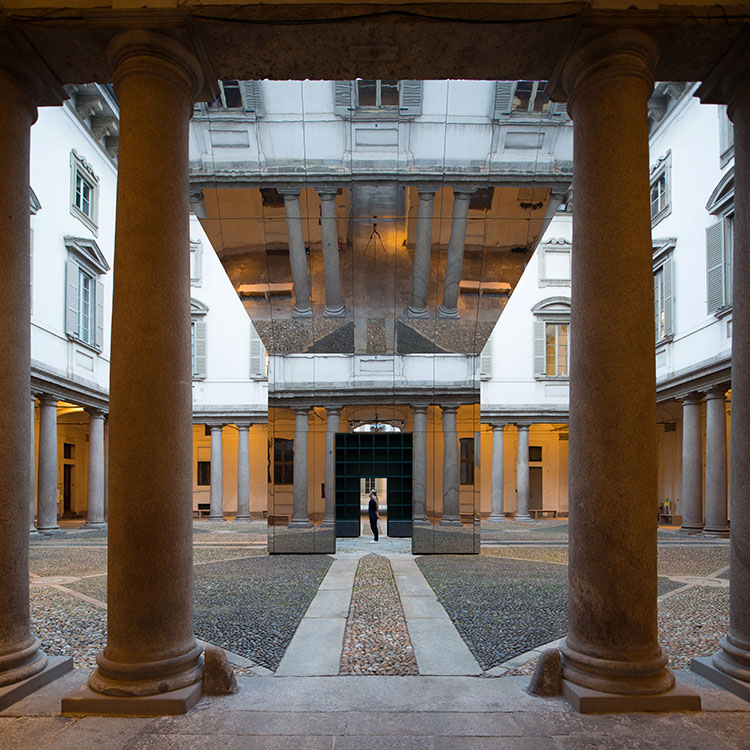 In contrast, the interior reveals the sky, a natural element isolated from the city. The result of this exploration is the definition of architecture perceived as a shared and reflective experience , imposing and immersed in the setting. The installation establishes a relationship between art and architecture announcing the surrounding environment through a visual echo. 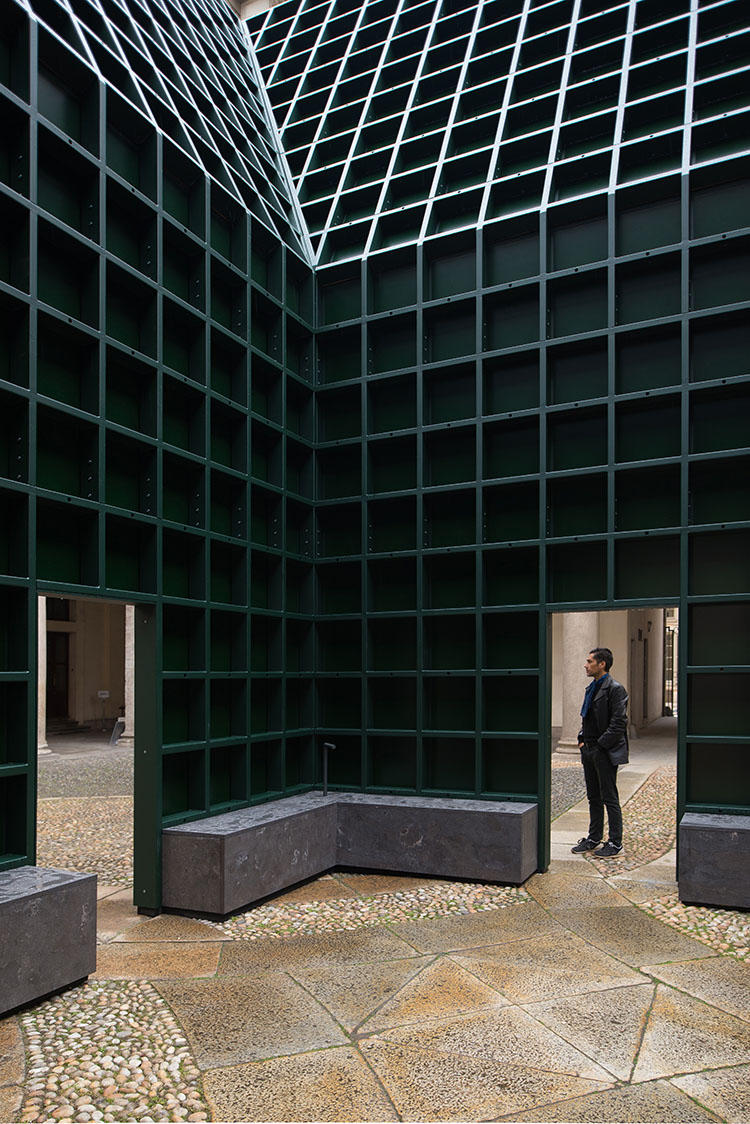 Echo Pavilion is on show at Palazzo Litta for the duration of Milan design week, which continues until 14 April. After that, the structure will be exhibited at a new venue, before finding a permanent home as part of the private collection of Piero Gandini, founder of Italian lighting brand Flos.

As a result, Pezo and Von Ellrichshausen have designed the pavilion to last a long time, unlike other Milan design week installations. The four concrete benches inside take the place of foundations, helping to keep the structure well grounded. 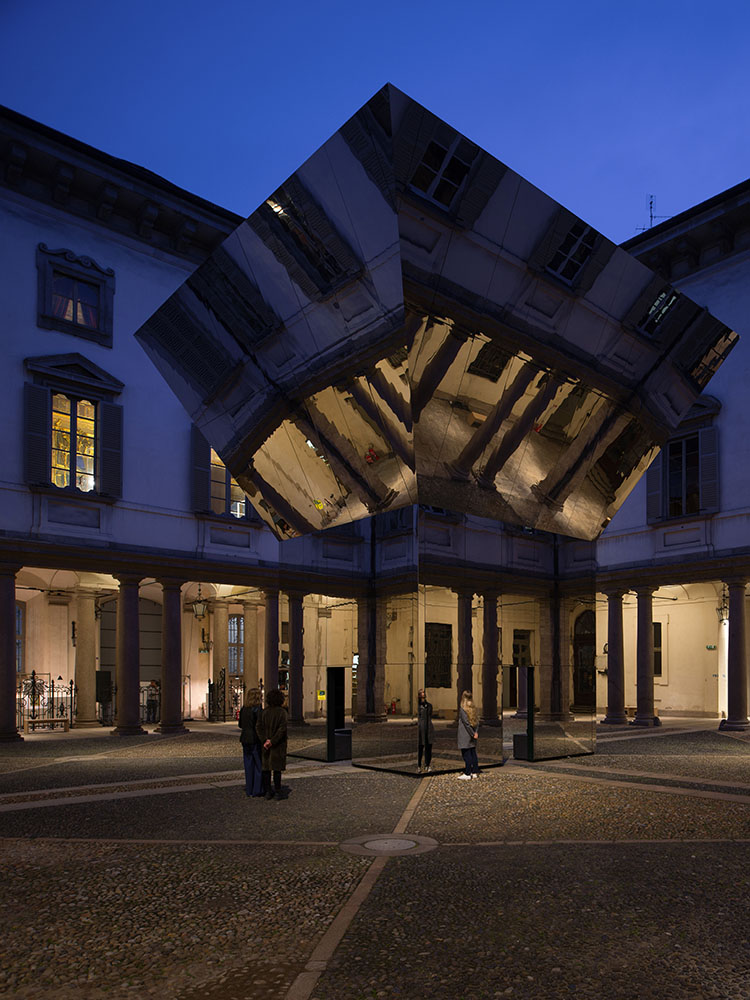