Calpico is a popular Japanese drink that was first manufactured in 1919. It is said that 99.7% of the population in Japan has tried it, therefore it can be considered as the country’s national beverage. The drink is made by a mix of concentrated Calpico with a certain amount of water. Japanese studio nendo has specifically designed a newly cup for this drink, aiming to simplify its preparation and eliminating the measuring process. 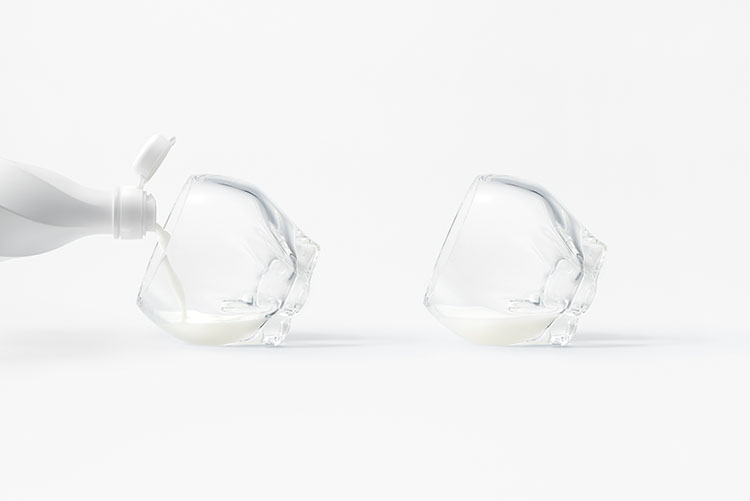 When the cup is tilted on its side and balanced on the draped base, the concentrated Calpico is poured until reaching the rim, where it will measure to be exactly 30ml. The random looking drape of the base is calculated meticulously so that whichever direction the glass is tilted, the incline maintains the same angle and the same amount of liquid. 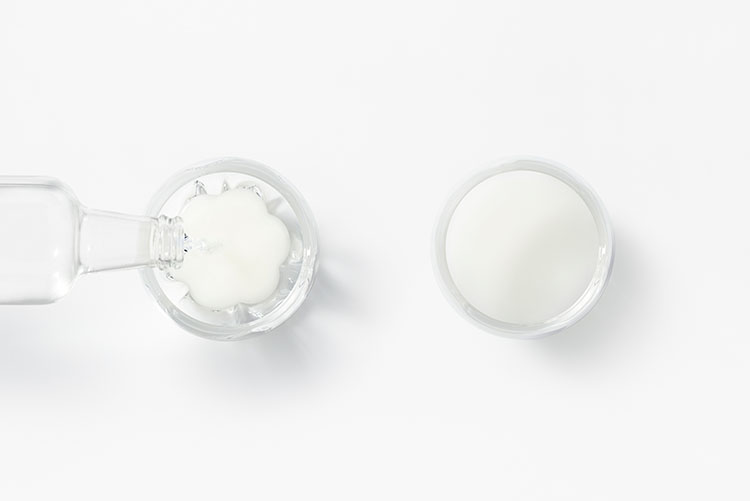 When the glass is placed upright and water is poured in, the outline of the liquid surface changes gradually from a “flower shape” to a “circle”, until the amount of liquid reaches 120ml in capacity. Thanks to the inner “ruffles” of the glass, it is easy to mix the liquids together just by lightly shaking the glass without the need of a stirrer; just adding ice and the drink is prepared.

The glass not only enables the user to make a delicious Calpico, but also creating it in a special kind of ritual that makes it all together a unique drinking experience. 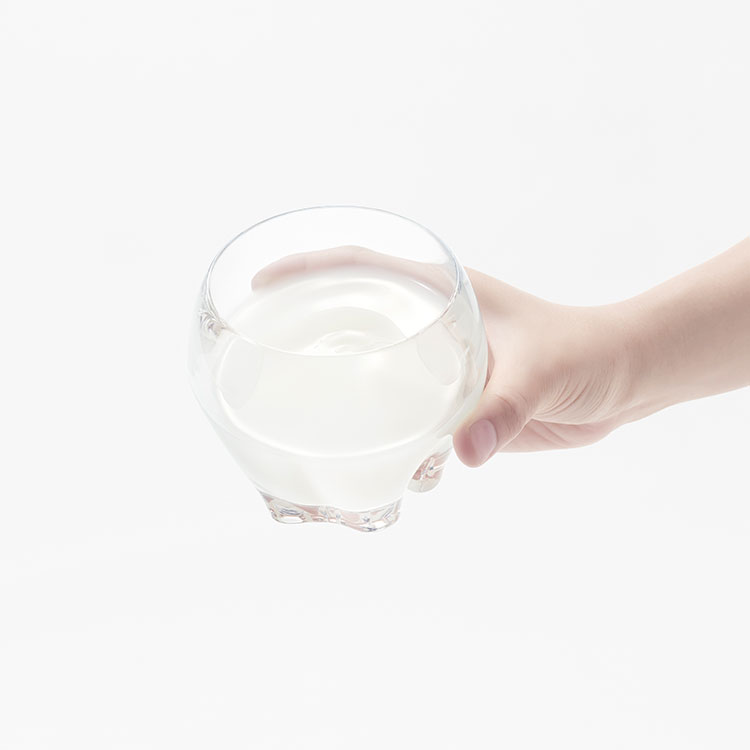