Daedalum maze is the latest inflatable installation conceived by Alan Parkinson, founder of Architects of Air, which consists of 19 interconnected egg-shaped domes made from translucent material. Named after Daedalus – the architect of the Labyrinth of Minos in Greek mythology – the blow-up maze was created to let people experience the “phenomenon of light”.

Architects of Air installed the inflatable structure at the Royal Albert Dock, in London, from 21 to 23 June as part of the Greenwich + Docklands International Festival. 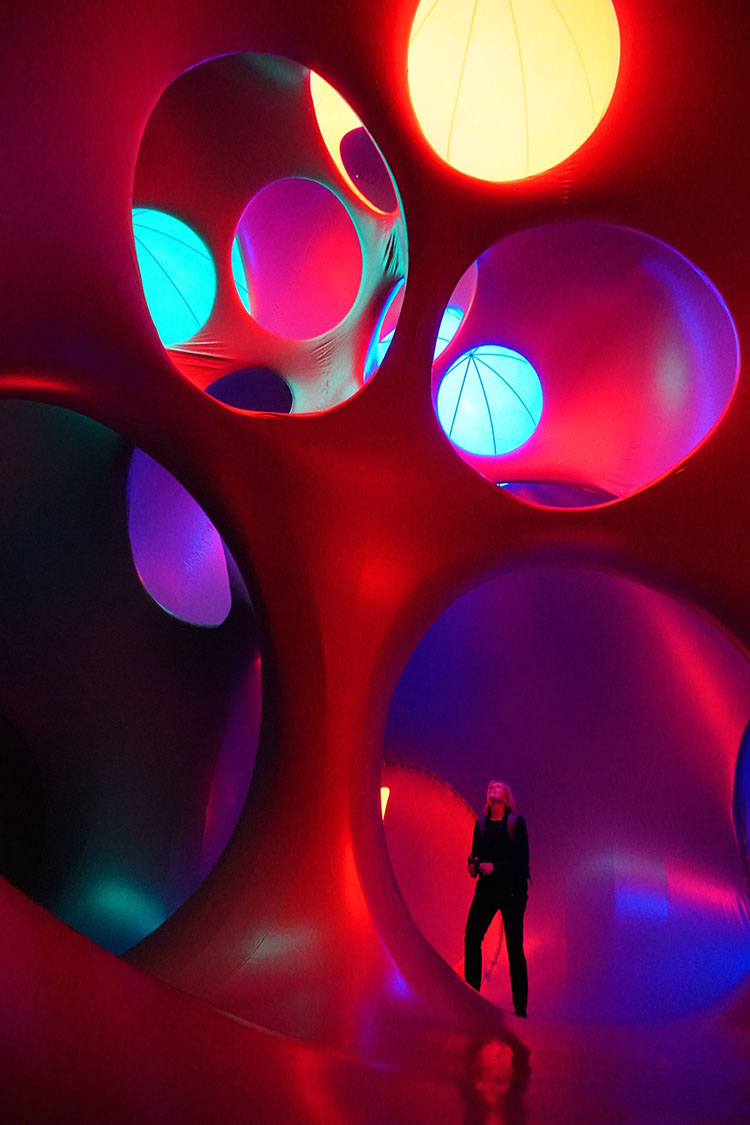 Passing through the maze the visitor can discover two original features – an incredibly intricate rainbow-colored tree and a cavernous dome on whose lofty ceiling is inspired by the Pantheon of Rome.

Daedalum’s core element is a maze of 19 egg-shaped domes and the arrangement of the translucent elements that are the dome tops and pods is designed to produce vistas and hues of considerable variety and subtlety. This fresh spatial conception creates mysterious sight-lines and allows colour to be altered from event to event. This flexibility over the colour experience makes Daedalum is the most painterly of the luminaria in terms of artistic control. 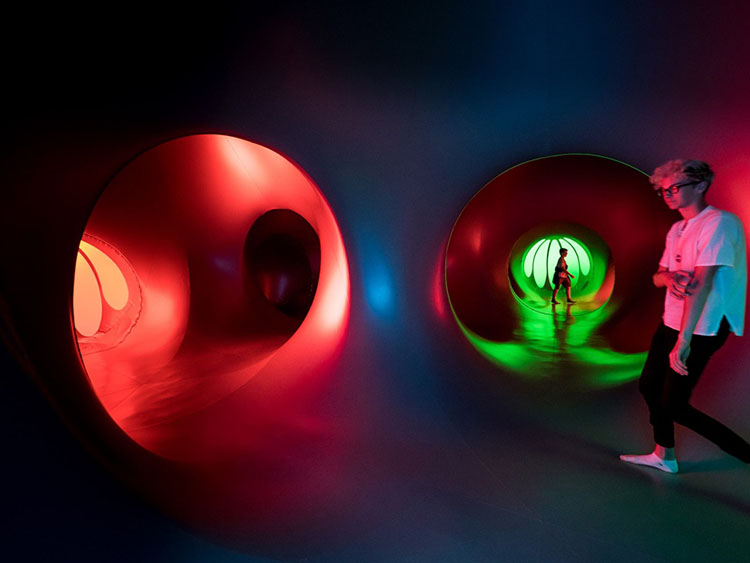 Exploring the labyrinth the visitor can also discover 2 major new elements, designed by Alan Parkinson’s son Meko. The Tree is an adventurous assembly of intersecting volumes rising above the visitor’s head creating many intriguing viewpoints.  The Main Dome features an innovative indirect illumination designed to vary the colour inside according to the sun’s direction.

The 600 piece pattern of the Main Dome ceiling was loosely inspired by Rome’s Pantheon with its radiant oculus mimicking the sun and the Gustave Doré drawing of angels circling heavenward in Dante’s paradise. 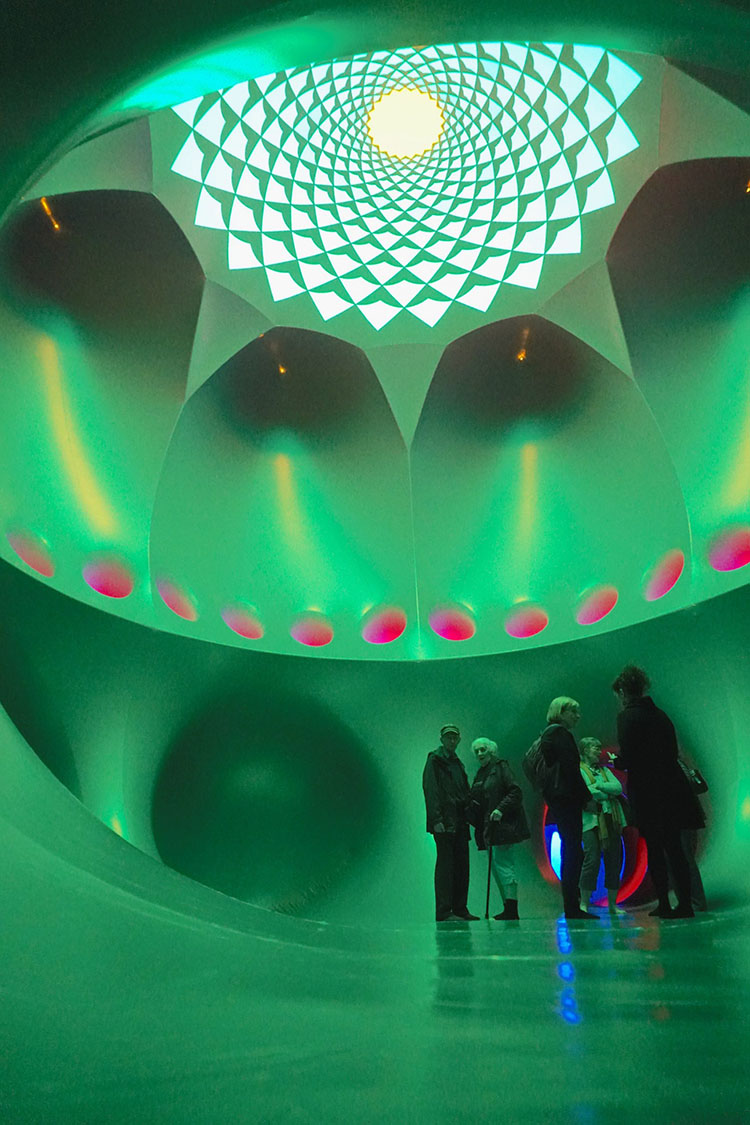 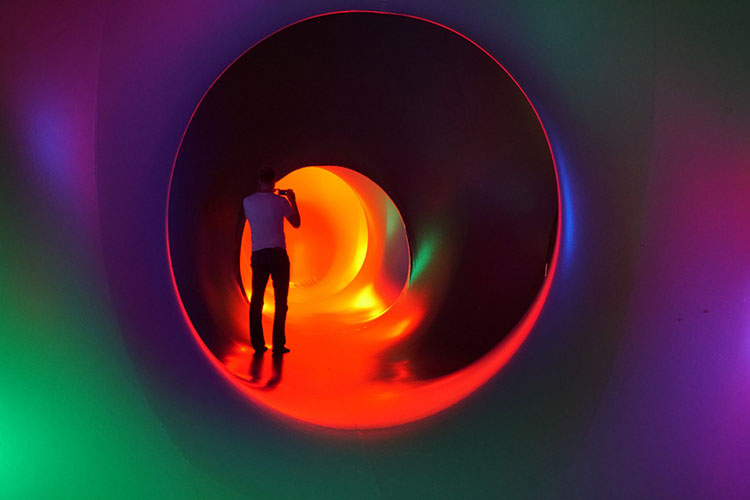 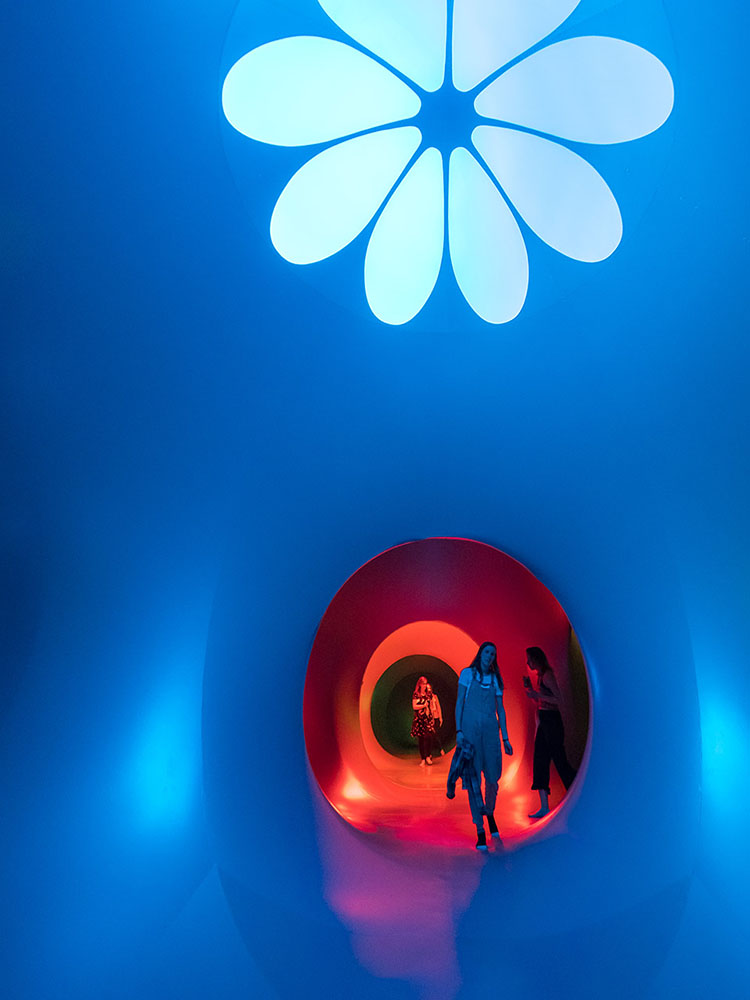 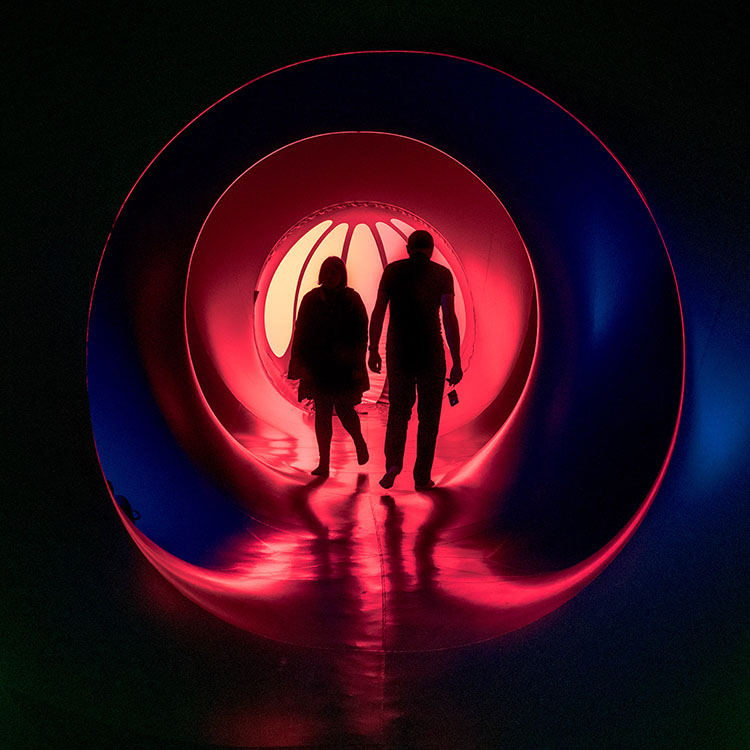 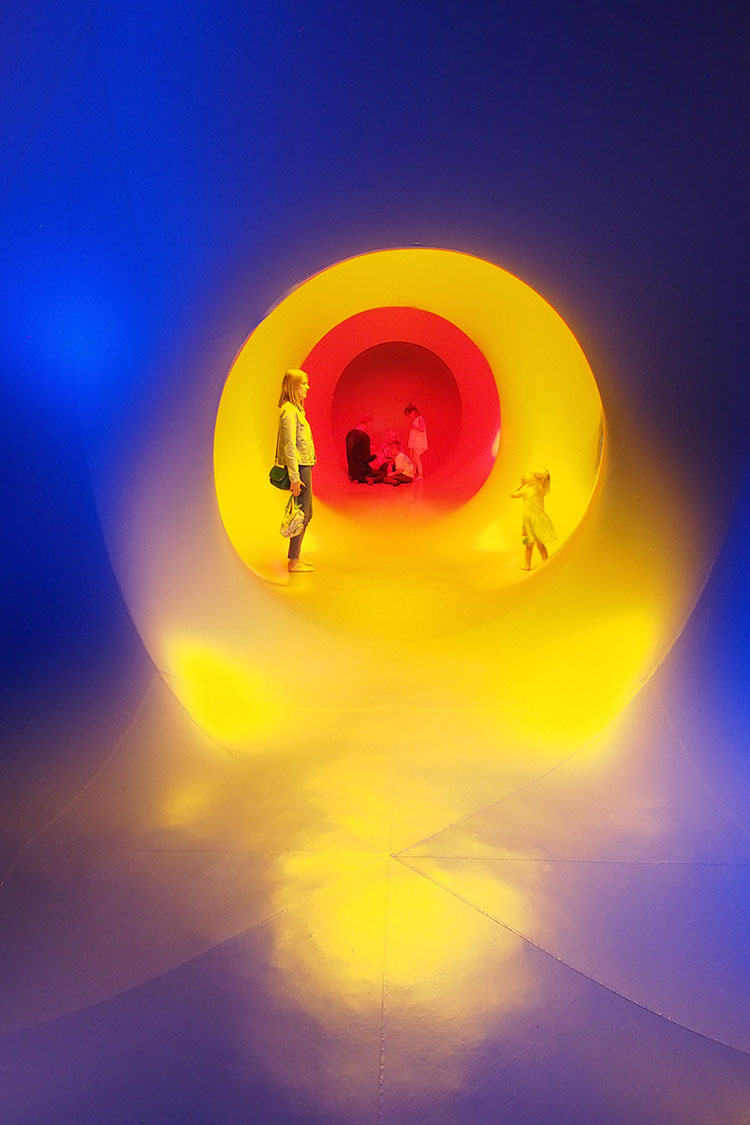