Japanese studio Nendo has designed a collection of seven IoT home appliances, including a smart scale, humidifier, air purifier, light, thermometer, alarm, and sensor, all of which connect with mobile apps.

Korea’s biggest messenger app is “Kakao Talk” and its original characters, which have been turned into a variety of merchandise, are called “Kakao Friends”. The collection of home appliances needed to serve as a bridge between such digital content and analog content and also needed to create a synergetic effect between the two. 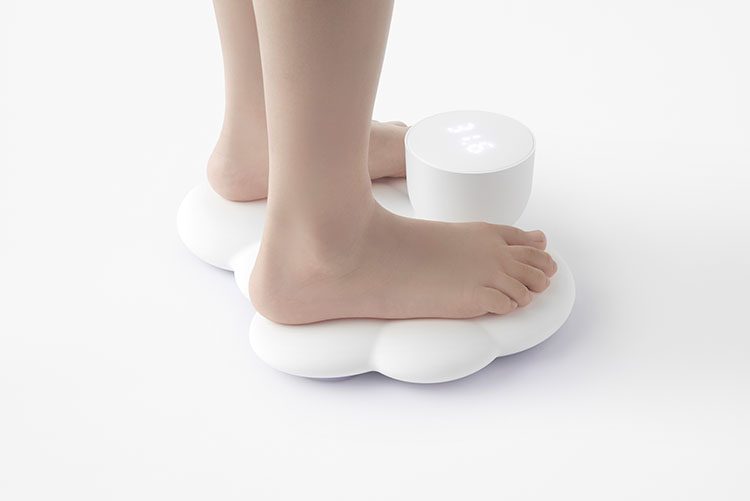 In order to meet this request, it was necessary to merge the function of smart home appliances; i.e., remote control and data management through a handheld device, with the charm and the approachability of the world of “Kakao Friends”. With this in mind, inspiration was derived from the fact that developing various “apps” with functions that are unique from one another is possible only through the existence of a uniform platform: the “OS” of smartphones, which led to the idea that home appliances similarly should have a uniform platform rather than a completely different shape for each product. 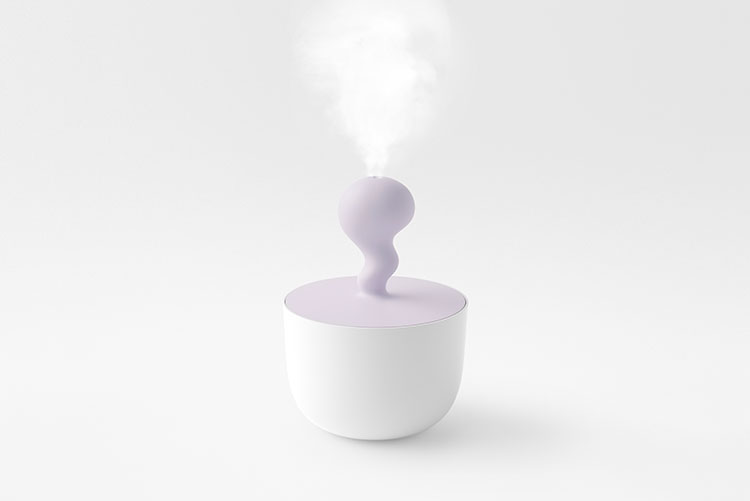 As a result, the seven products were all given a simple and analog “white bowl” as the base and a silicon “icon” that is associated with and which symbolizes the different functions. The humidifier’s icon is “vapor”, the scale’s is a “cloud” which symbolizes the desire to be light-weight, the lamp has a “ray of light”, the alarm clock has a “small bird” that chirps an alarm, the air cleaner has a “flower” that flutters by the wind, the thermometer is expressed through “perspiration” produced from getting a fever, and the sensor is in the form of a “periscope”. 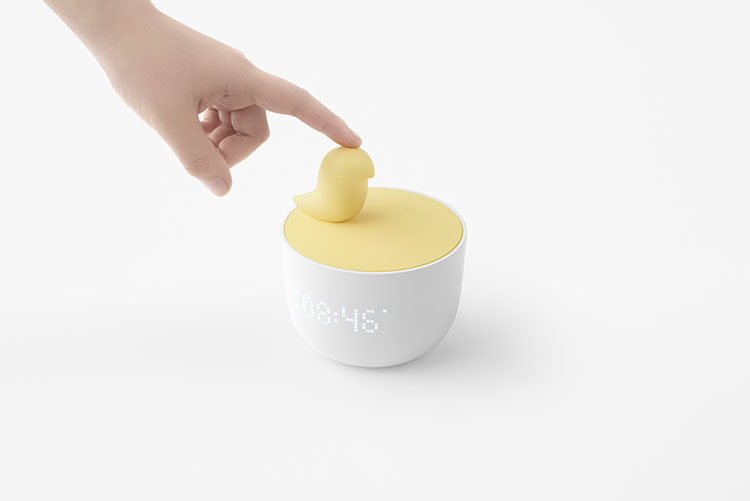 The colors that represent these icons were inspired by the tone used on the characters of “Kakao Friends” and the same colors were used in the icons and the interface of the app connected to the home appliance, showing that the hardware and the software are linked to one another. Also, character figures which match with each home appliance were produced and in-store separately, so as the character would play as a “protagonist” of the story of the product. 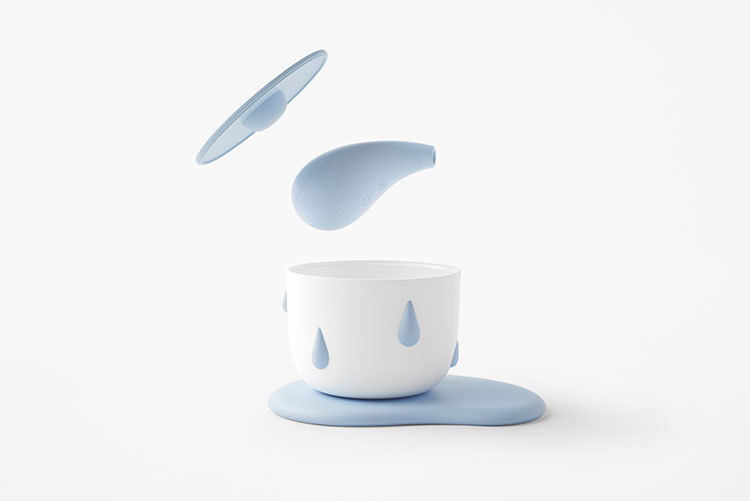 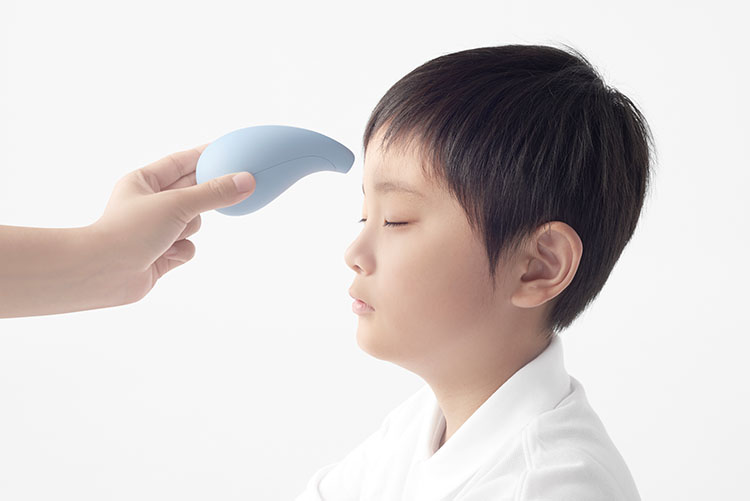 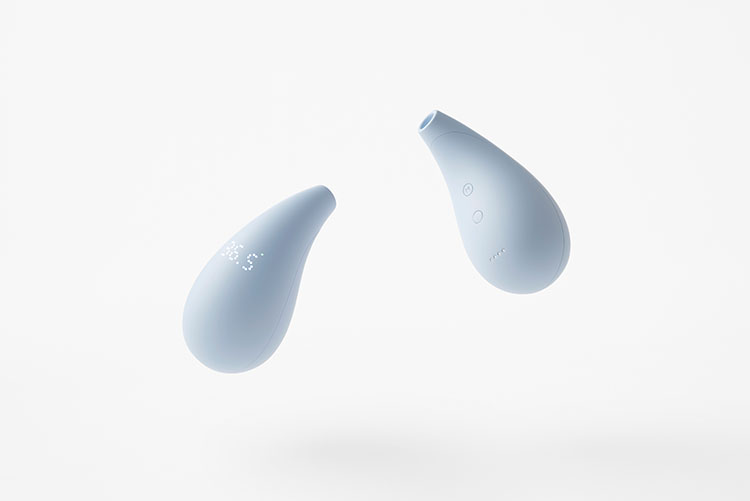 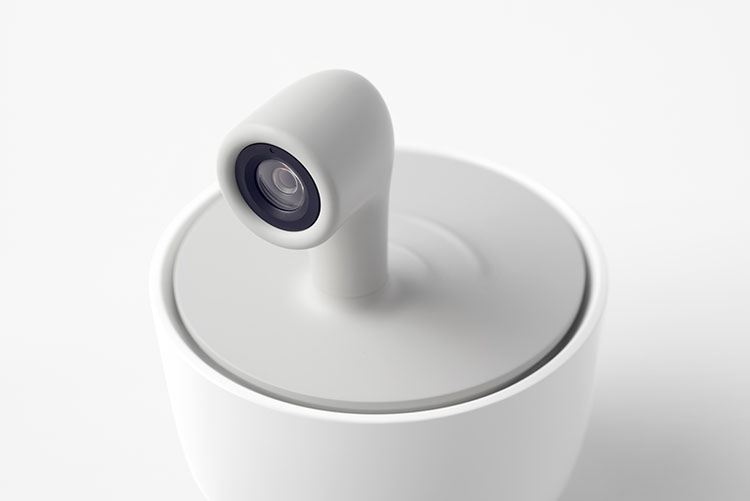 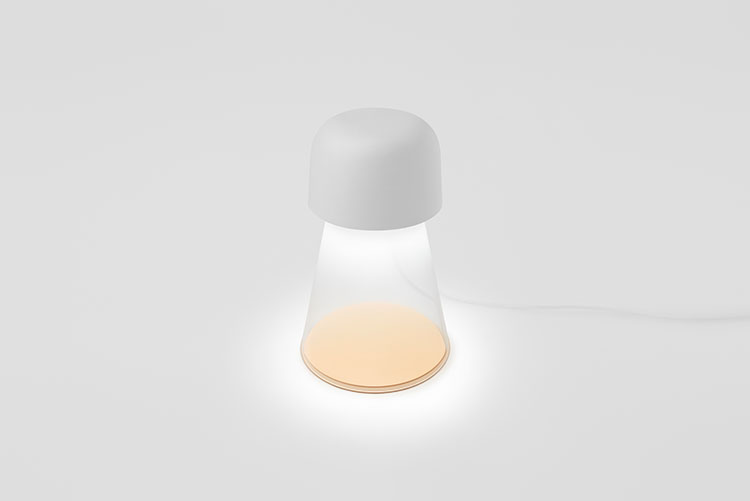 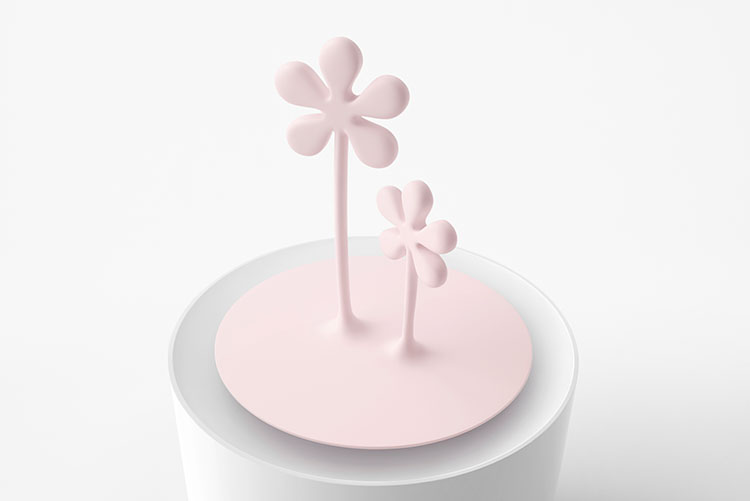 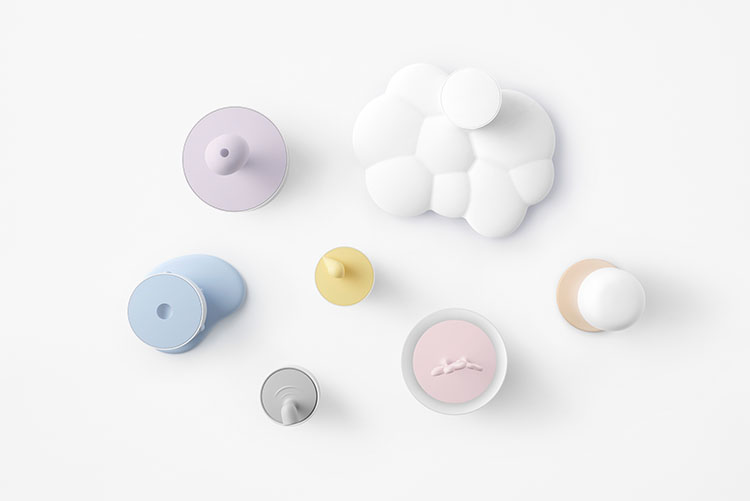