Snøhetta has designed an installation which is currently showcased the UN Headquarters Plaza in New York City as a symbol of diplomacy and dialogue. Commissioned by the Nobel Peace Center, the piece is titled “The Best Weapon” after Nelson Mandela’s historic quote “The best weapon is to sit down and talk”. The installation pays tribute to past Nobel Peace Prize laureates and their efforts to bring people together to find effective solutions for peace. 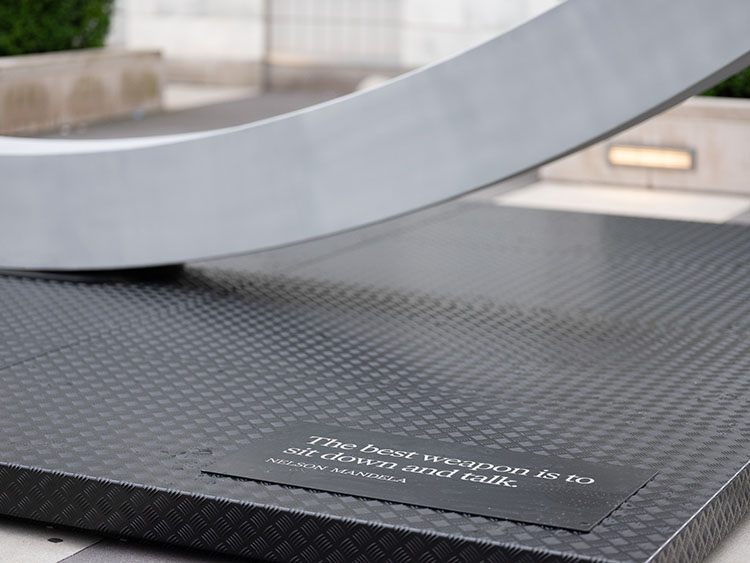 The installation was created in partnership with collaborators Hydro and Vestre, and was first unveiled at the United Nations Headquarters in New York City on Nelson Mandela Day, July 18th. The installation will remain at the Headquarters’ plaza through October 15th, when it will be transferred to Oslo to its permanent location near the Nobel Peace Center and the Oslo City Hall, where the Nobel Peace Prize is awarded annually. 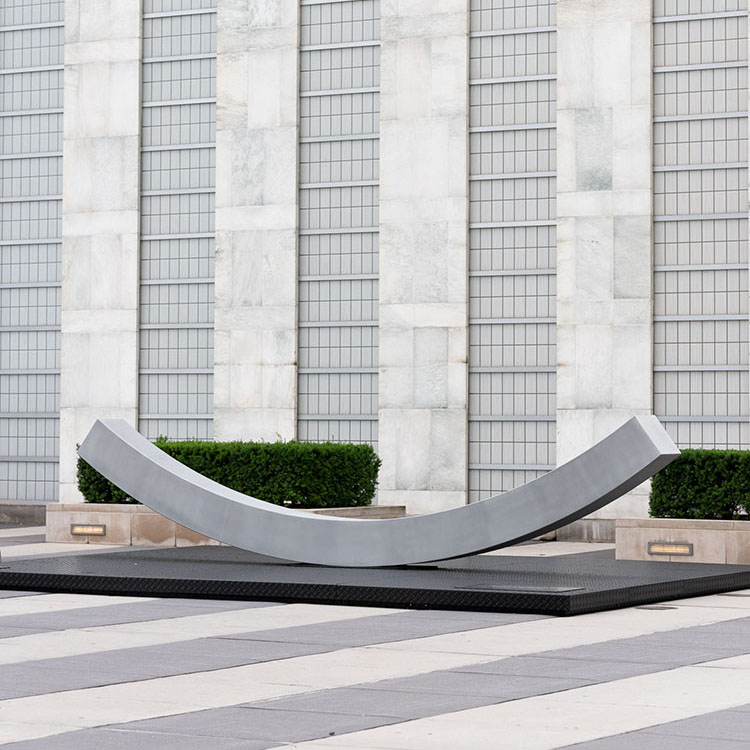 The Best Weapon manifests the values of the Nobel Peace Center and pays homage to Nelson Mandela’s humane ideals of compromise, dialogue, and compassion. Designed as a partial circle that meets the ground at its lowest point, the gentle arc of the bench pulls those sitting on it closer together, subsequently and subtly encouraging dialogue. 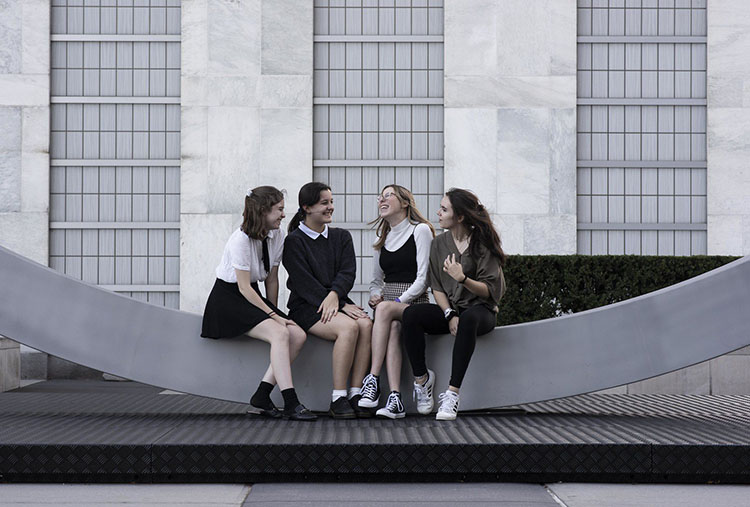 The six-and-a-half meter-long installation is made from anodized aluminum from Hydro. The aluminum is the world’s greenest with significantly lower greenhouse gas emissions than the industry average. In addition to creating a beautiful surface, the anodized finish of the bench has high corrosion resistance and protection against scratching. The installation is produced by Vestre in a completely carbon-neutral process. Bead-blasted and pre-distressed, the sturdy material will ensure the bench’s longevity, promoting diplomacy and dialogue for many years to come.