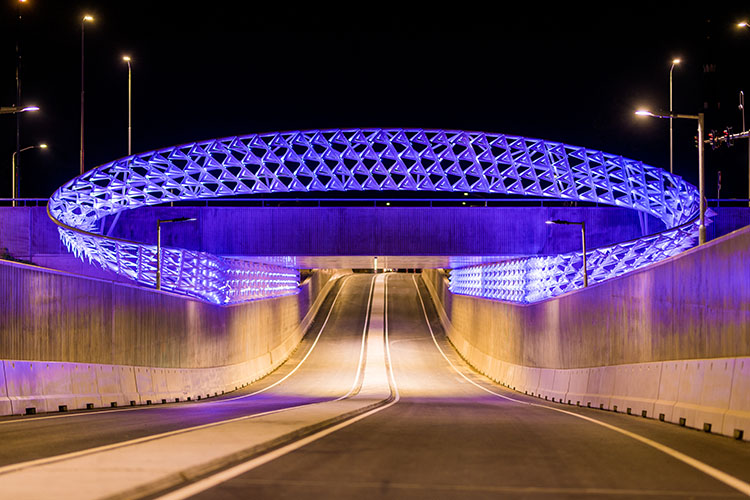 Zwerm (swarm in Dutch) has landed to become a living organism in the public space. The work represents an abstract swarm of birds with its 700 steel elements and 1400 individually controlled LED lights. They are animated to move along with the traffic. The circulation density and weather conditions respectively affect the behavior and color of Zwerm. 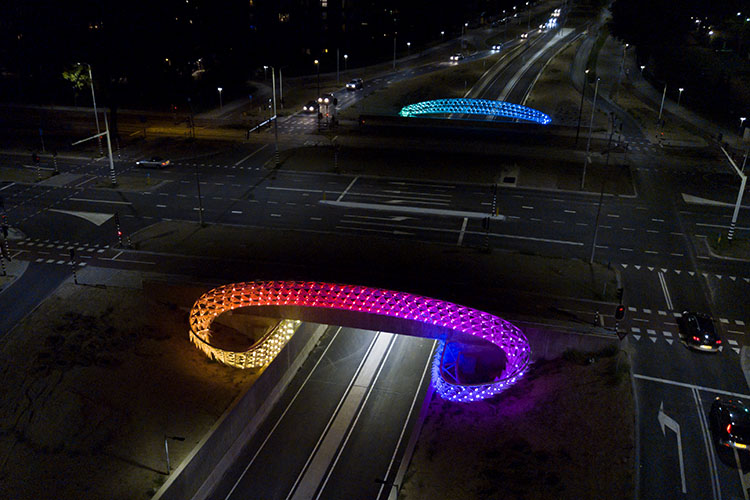 Designer Frank Tjepkema from Tjep. was inspired by the elusive yet coordinated flight patterns of large groups of starlings. To visually connect the upper and lower streams of traffic along the overpass, Tjepkema created one continuous ribbon of birds with a span width of 21 meters and has a total continuous length of over 200 meters. Because the structure is connected to the passage on just four points, Zwerm seems to be literally floating in the air. Movements in traffic are coordinated and highly synchronized just as forms of circulation in nature, from an ant colony to a swarm of bees, fish or birds. Frank Tjepkema: “The continuously responsive movements of Zwerm make it not just another static work of art in the city but truly a living organism integrated in the urban landscape.“ 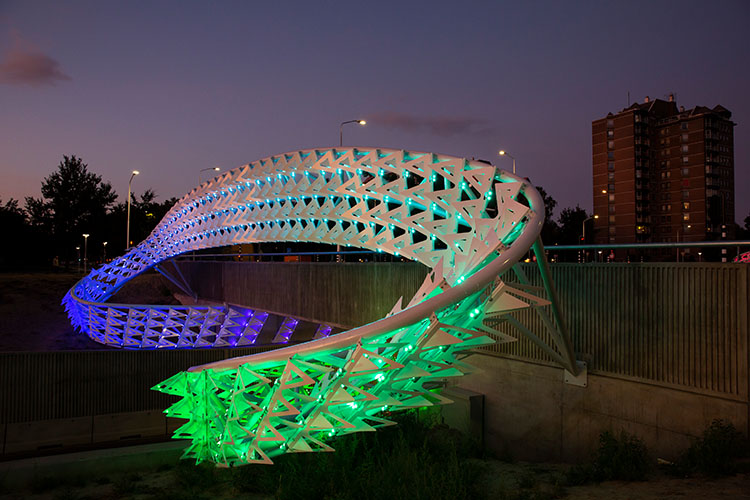 At first, the municipality of Eindhoven commissioned Frank to create a light sculpture inside the underpass along two designated narrow strips, but during initial co-creation sessions with local residents, the ambition of the project was elevated to a landmark for the ‘city of Light’ (as Eindhoven is also called).

Tjep. is also responsible for two other recent major art projects: the Bicycloud on the Rokin in Amsterdam, a poetic work of art and bicycle storage that extends over more than 100 meters, and Air Cells, four towers of 6 meters height, recently put into use for the ventilation of the Amsterdam Spaarndammer tunnel.