Mist is an installation designed by Valencia-based practice Clap Studio for the town on Minsk, the capital and largest city of Belarus, on the occasion of Minsk Design Week 2019. For the concept of this installation, Clap starts from the history of Minsk, a city that during the Second World War was devastated. The bombs destroyed 80% of the buildings and the city was not rebuilt until the 1950s. That is why the population of this city remembers these times as something unpleasant and many of them prefer not to talk about it.

Based on the definition of ‘popularization’, the topic suggested by Minsk Design Week organization, Clap with the collaboration of Wei Lesley wanted to bring this taboo subject closer to Minsk’s current society in a simple and understandable way. Clap’s goal was to create an installation so that society does not forget the facts or the victims. 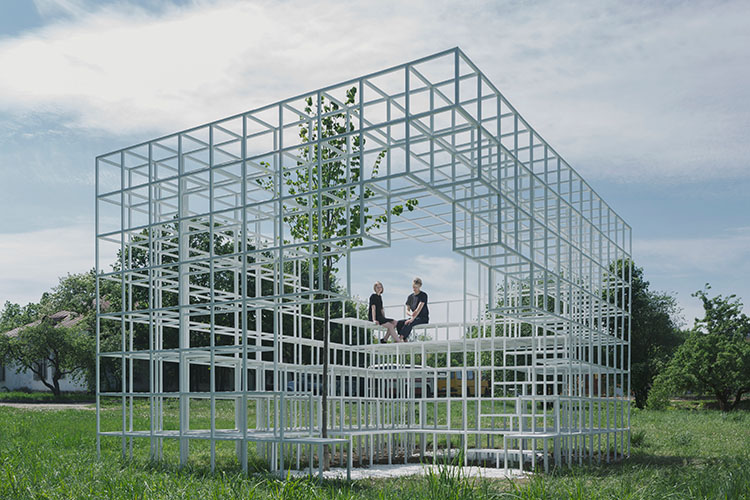 The design studio starts from a geometric volume that represents in a conceptual way the volume of a building. They imagine that the bombs fall on him destroying it, generating new openings and brand new volumes. These new openings result ingeniously in an entrance and a viewpoint on the top. The destruction gives way to the function generates grandstands, stairs and seats. From the inside, life makes its way in the form of a tree, exceeding the height of the installation itself. 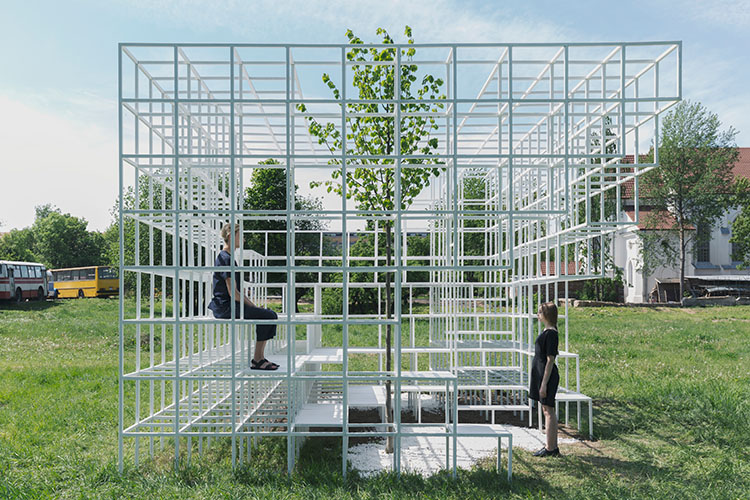 “Mist is the fuzzy but latent memory of all those buildings that were destroyed during the war and could not be inhabited again,” explains Clap Studio. “It is definitely a memorial for the city of Minsk that at the same time serves as a space where the people can gather, re and find peace.” 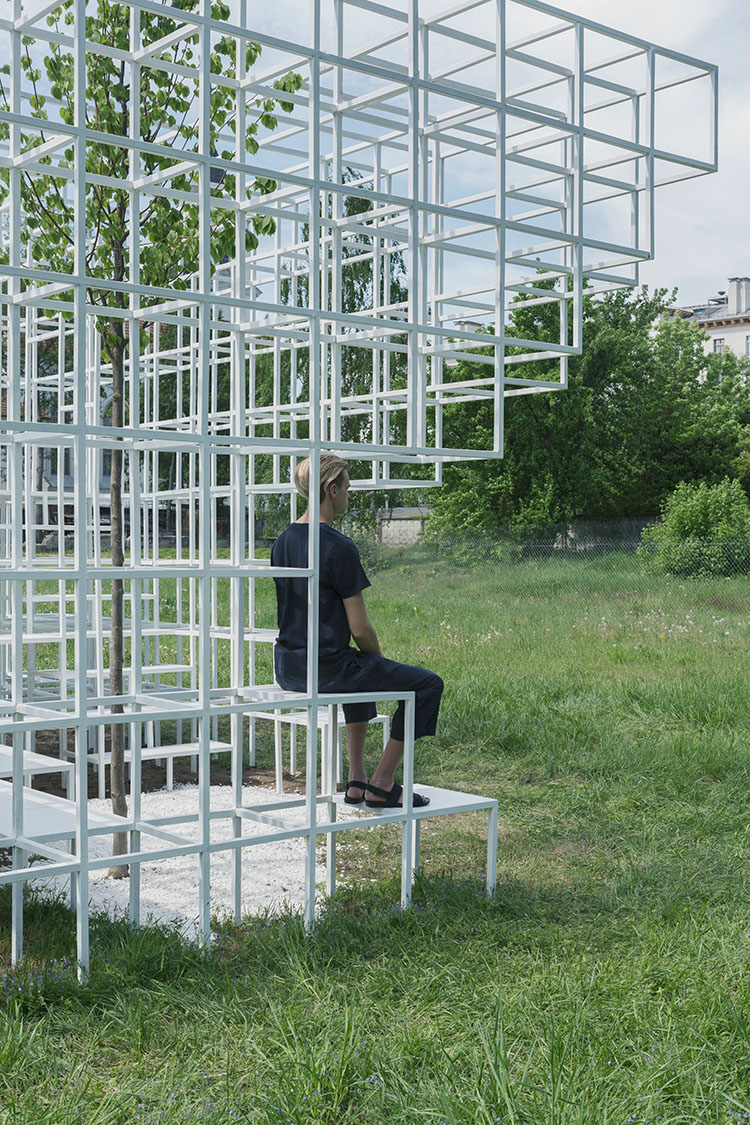 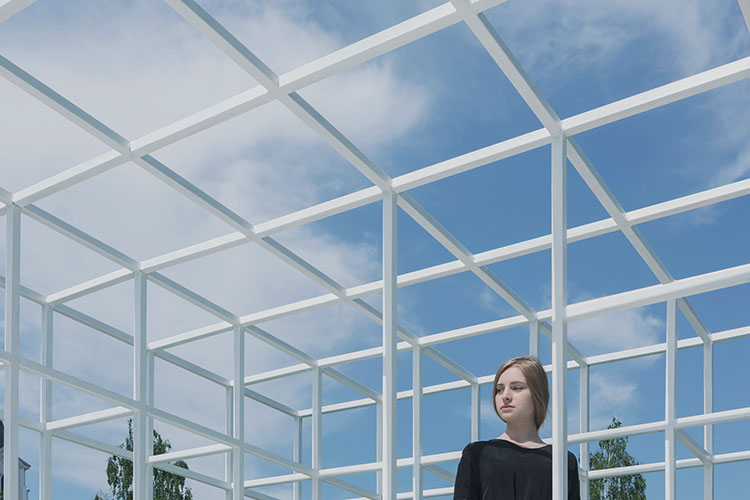 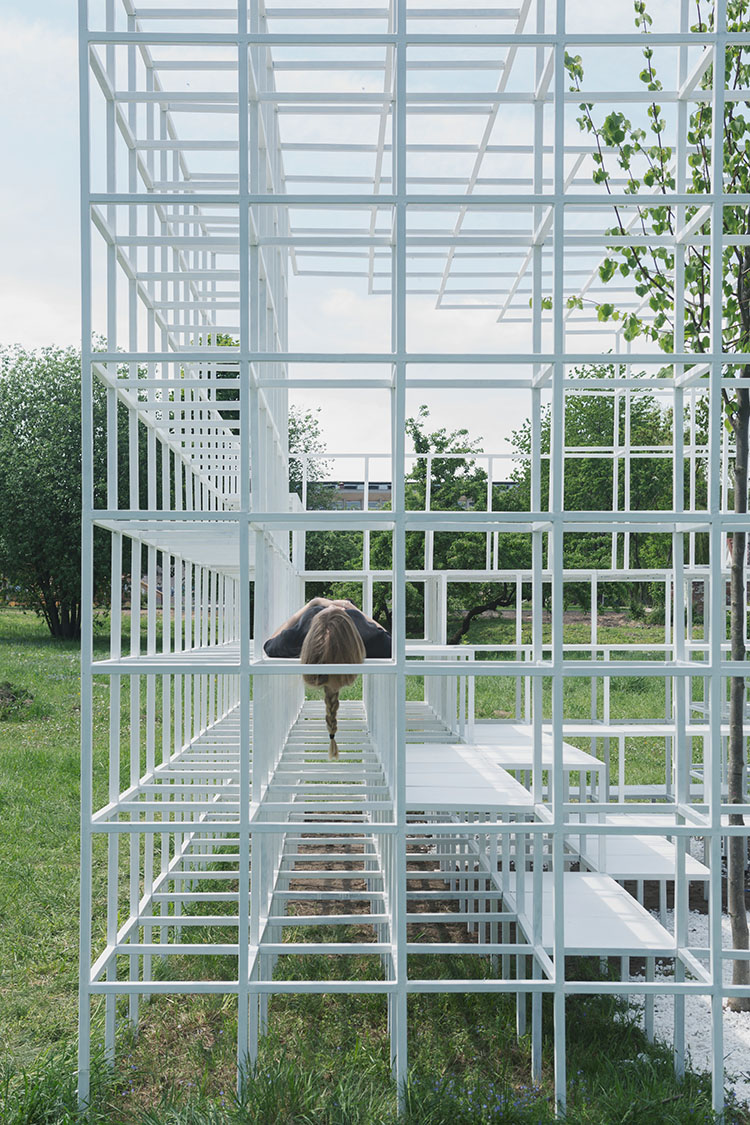 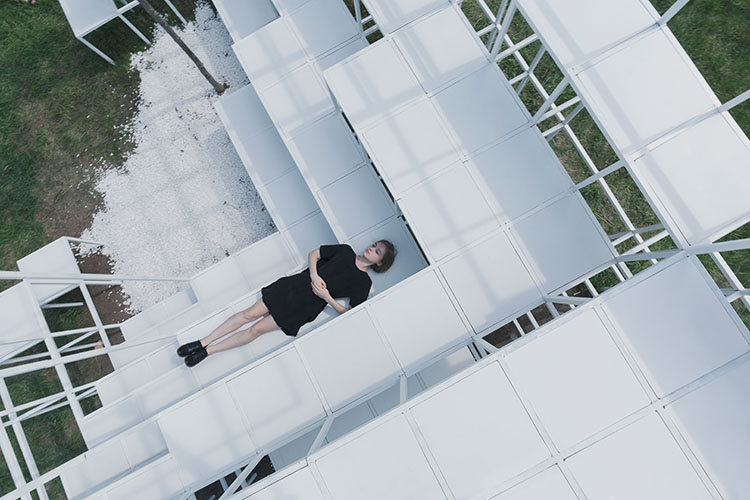 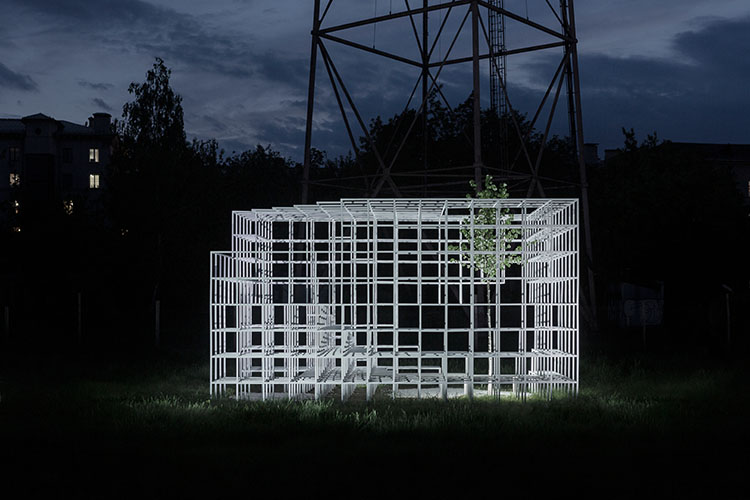