Cache Me if You Can is a new installation designed by Los Angeles-and-New York-based architecture office FreelandBuck on view in King Plaza, Palo Alto, through June 2020. The project, commissioned by the City of Palo Alto, is a three-dimensional, materialized image documenting the life of the plaza over the course of one day. Moving around the structure and then inside, the 20 printed surfaces chart the course of one day, May 31st, 2019, describing the activity that took place, the changing light levels and shifting shadow patterns. 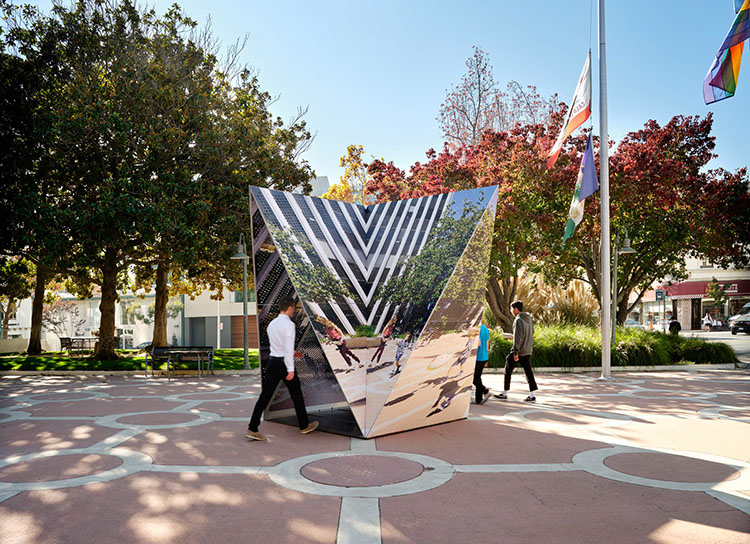 Geometrically, the structure is composed of 10 identical triangular panels cut from rigid PVC plastic sheets. Each panel is printed on both sides with a projected pattern derived from photographs of the site, then perforated with a custom pattern that matches the print. 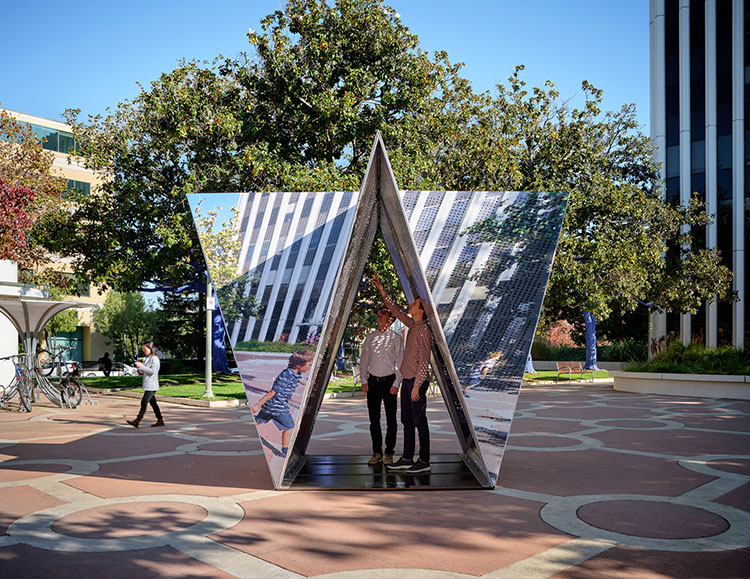 Approaching from the front, on axis with city hall, the pattern image aligns with its surroundings: the building’s fenestration runs down across folded surfaces of the pavilion, and the plaza’s gridded paving pattern extends up to meet it. From other angles, this view is stretched, folded and mirrored, creating other, less faithful views.

The triangular panels are perforated in a variable pattern based on the same images. At night, the pavilion is lit from the interior causing the holes to glow and creating a new set of images of King Plaza. 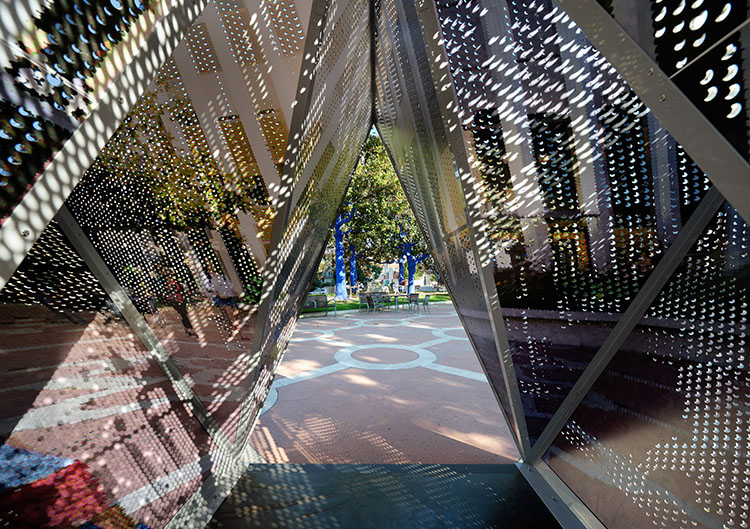 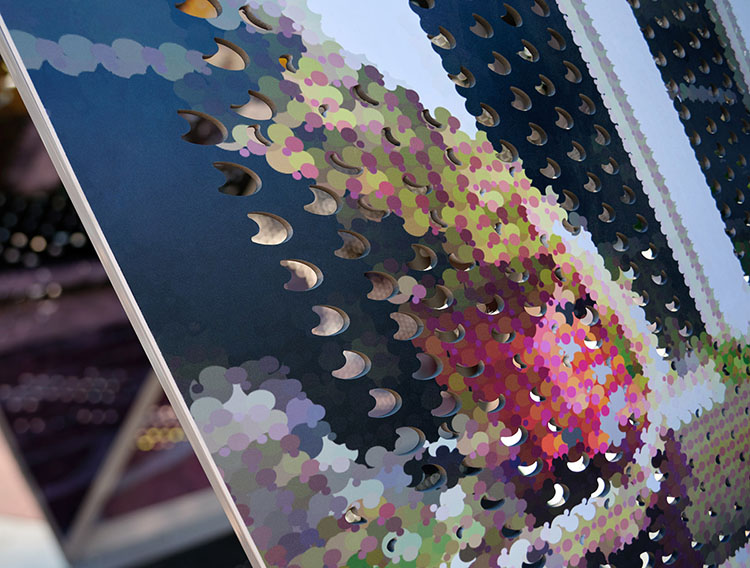 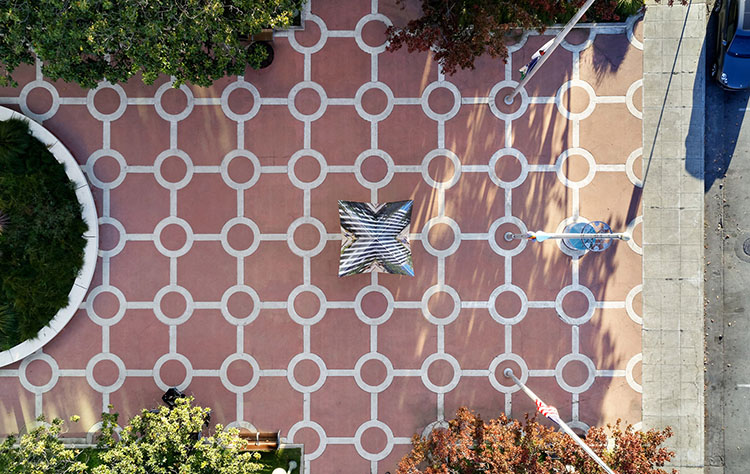 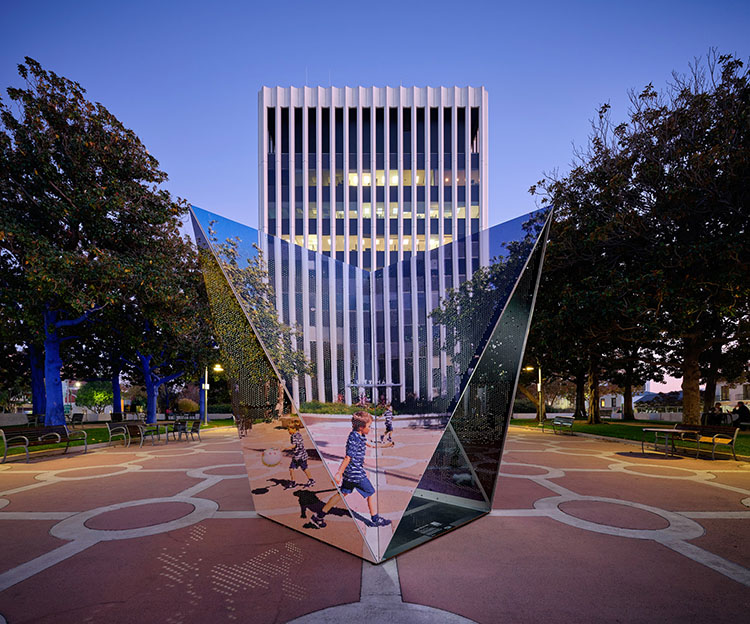