Design studio Nendo has unveiled the interior and exterior transformation of a Japanese fish vessel, the pelagic tuna longliner shofukumaru, operated by Usufuku Honten in Kesennuma City, a city in the Tohoku region. To catch bigeye and bluefin tuna, the crew spends 10 months of hard labor at sea, where mental and physical stress is generally said to result in a turnover rate exceeding 50 percent among its younger crew. And so, the request was to design a fishing vessel that contributes to relieving the stress and attracts the young members.

For the exterior design, the inherent beauty of the ship’s form was accentuated with a linear pattern emphasizing the hull’s curvature. Usufuku’s trademark, consisting of what is called a Chigai-yama (mountains), Hoshi (star), Ichi (one) was deconstructed, and reconstructed into a quintessentially Japanese graphic pattern. The pattern is repeated in various forms, including the onboard flooring, to unite the interior with the exterior. 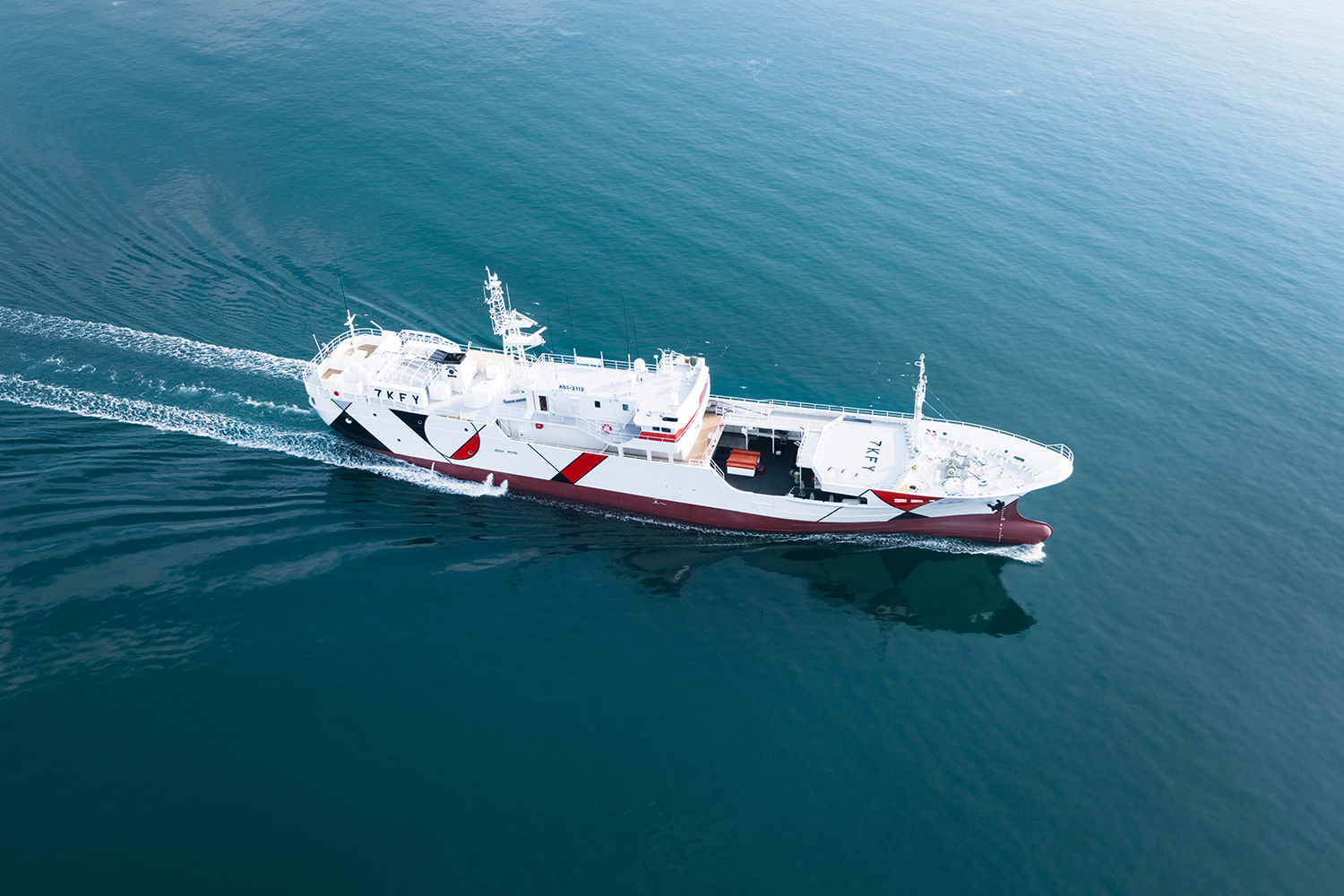 The interior is also designed with straight lines. The idea was conceived from the notion that our species, not originally accustomed to spending long periods of time at sea, might be comforted by linearity reminiscent of life ashore: the straight lines of buildings, windows, doors, and smartphone and TV screens. Striped joints and rectilinear openings were mainly employed while maintaining curved surfaces in necessary locations to ensure safety, and indirect lighting that provides a sense of serenity and security also falls in straight lines. 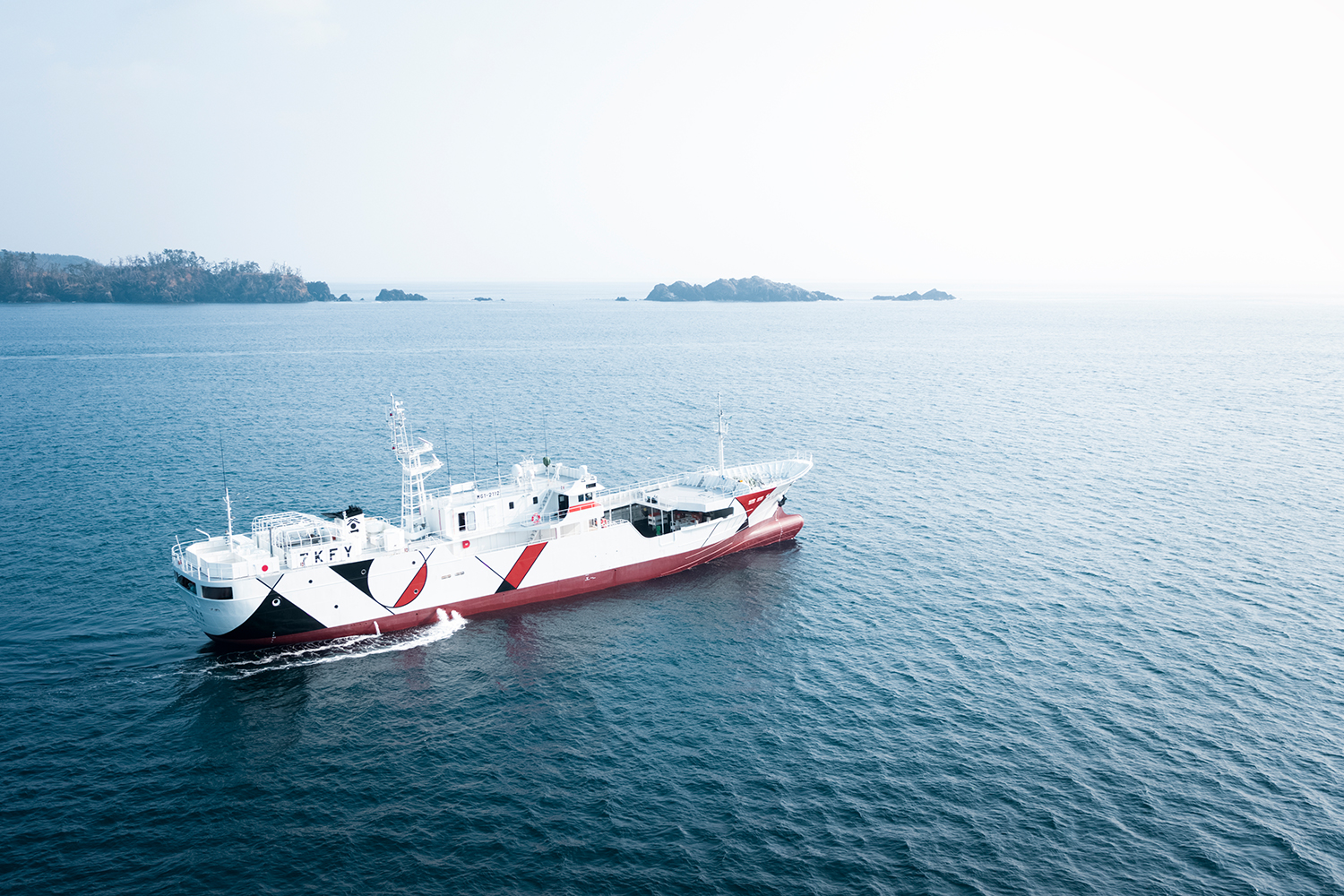 Another issue recognized at this time was how to develop unevenness. As seen in hospital interiors, environments focused on functionality tend to be homogenous spaces, in which at times causes psychological stress for users. To avoid this, the abovementioned patterns, stripes, and materials were scattered at random and in moderation, to create spaces with different characters that the crew will not be bored with. The last accentuating element of the design was massiveness. This also was aimed to distract the state of constant floating by designing furniture with heft—thicker-than-average tabletops and stump-like stools seemingly rooted in the floor. With the three keywords—straight lines, unevenness, and massiveness—the design focused on incorporating the sense of security on solid ground. 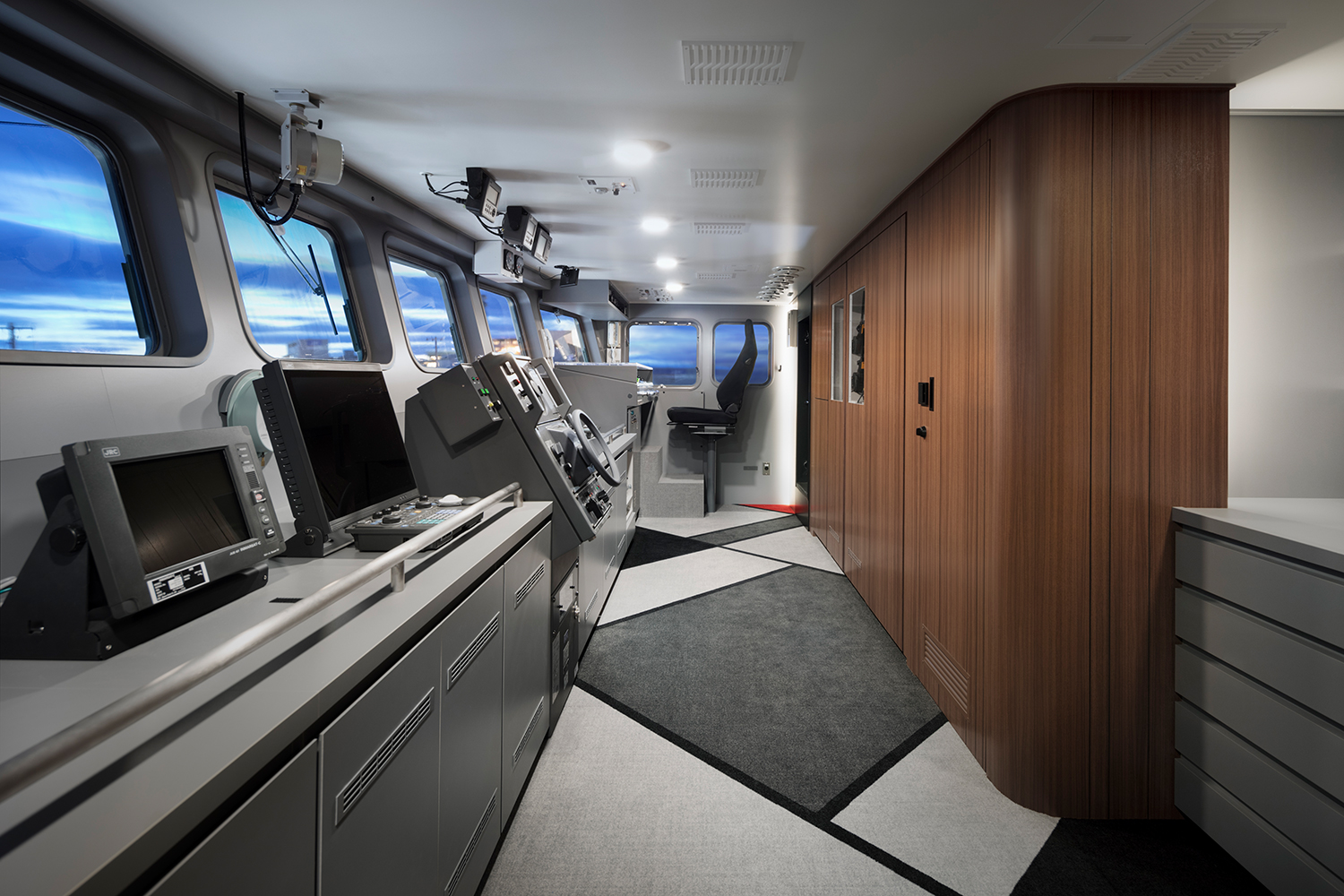 Lastly, the vessel is fully equipped with a Wi-Fi system—the first on a domestic tuna fishing vessel—and an increased per-person occupancy area along with a higher ceiling than the conventional interior. Further, a design aimed at alleviating the crew’s physical and mental burdens was achieved by installing slopes to facilitate the smooth transition of tuna into the hold, among various other functional improvements. 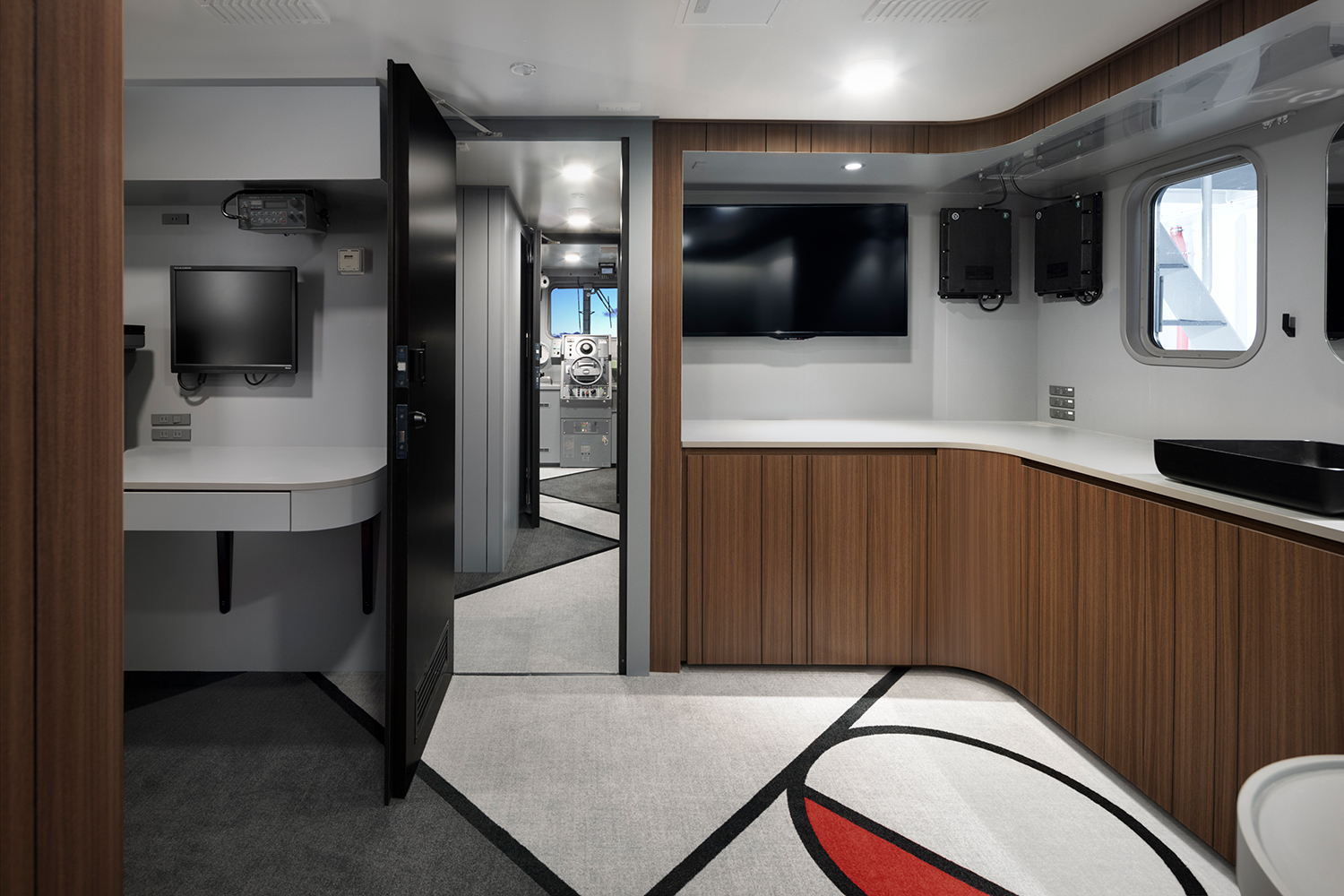 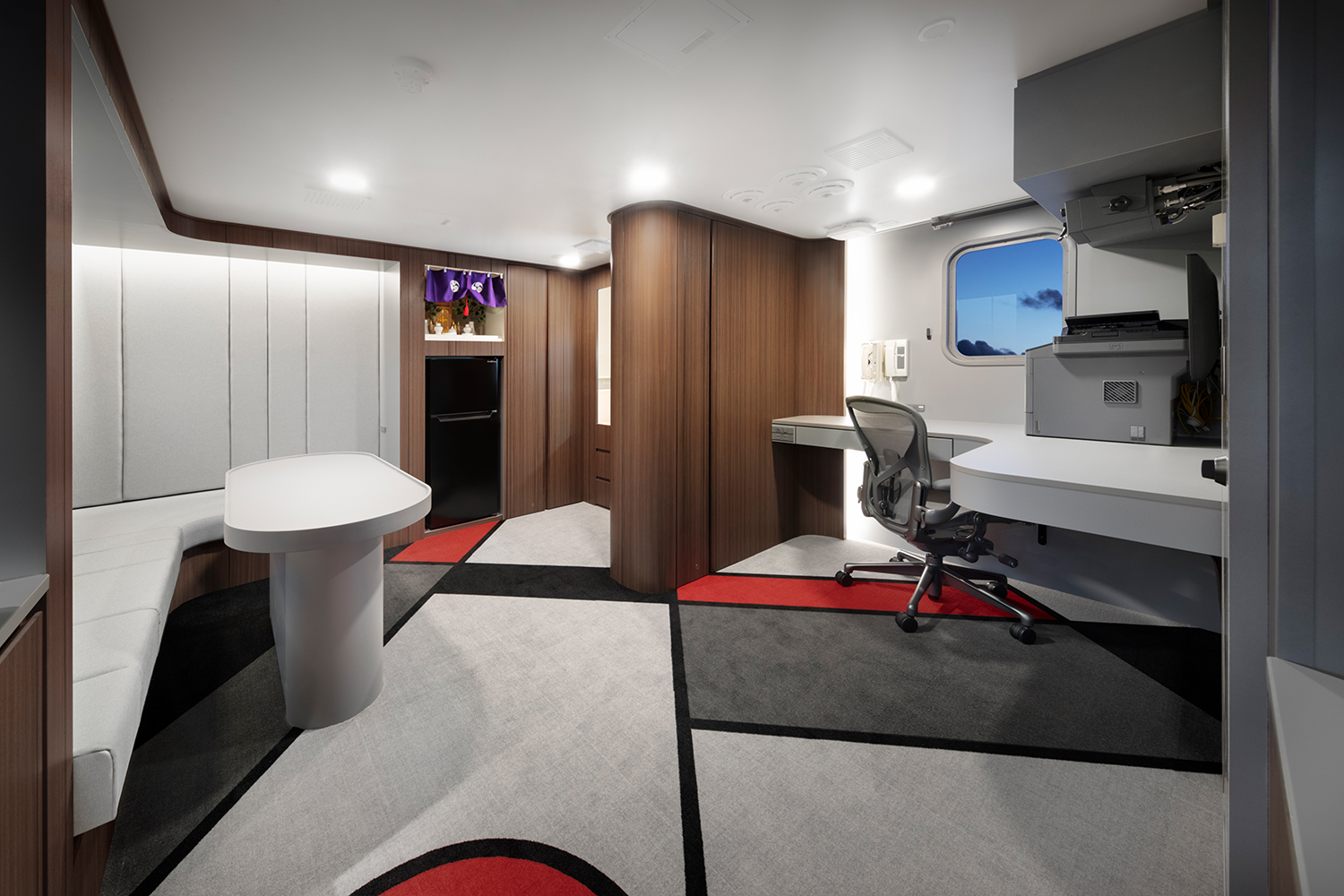 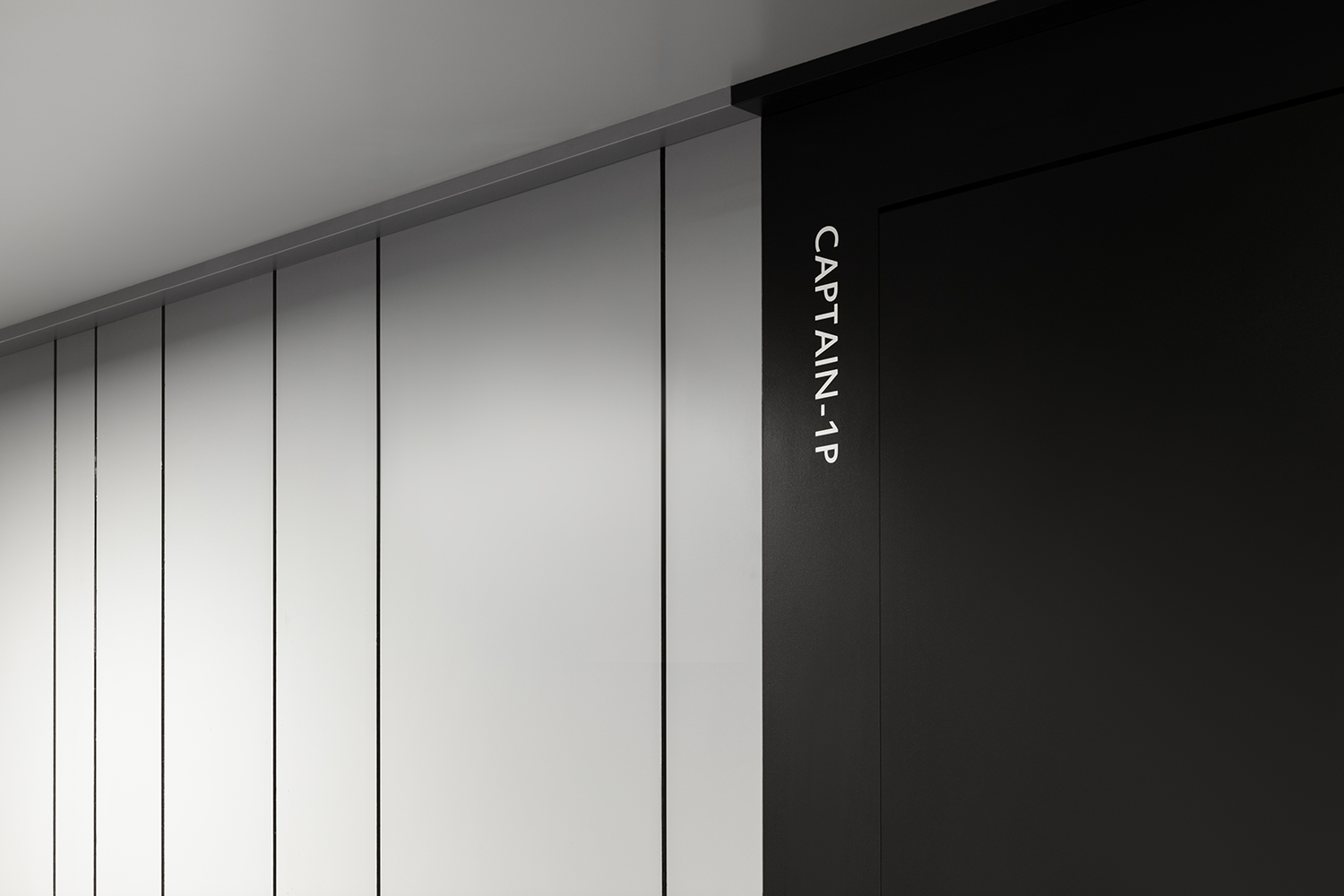 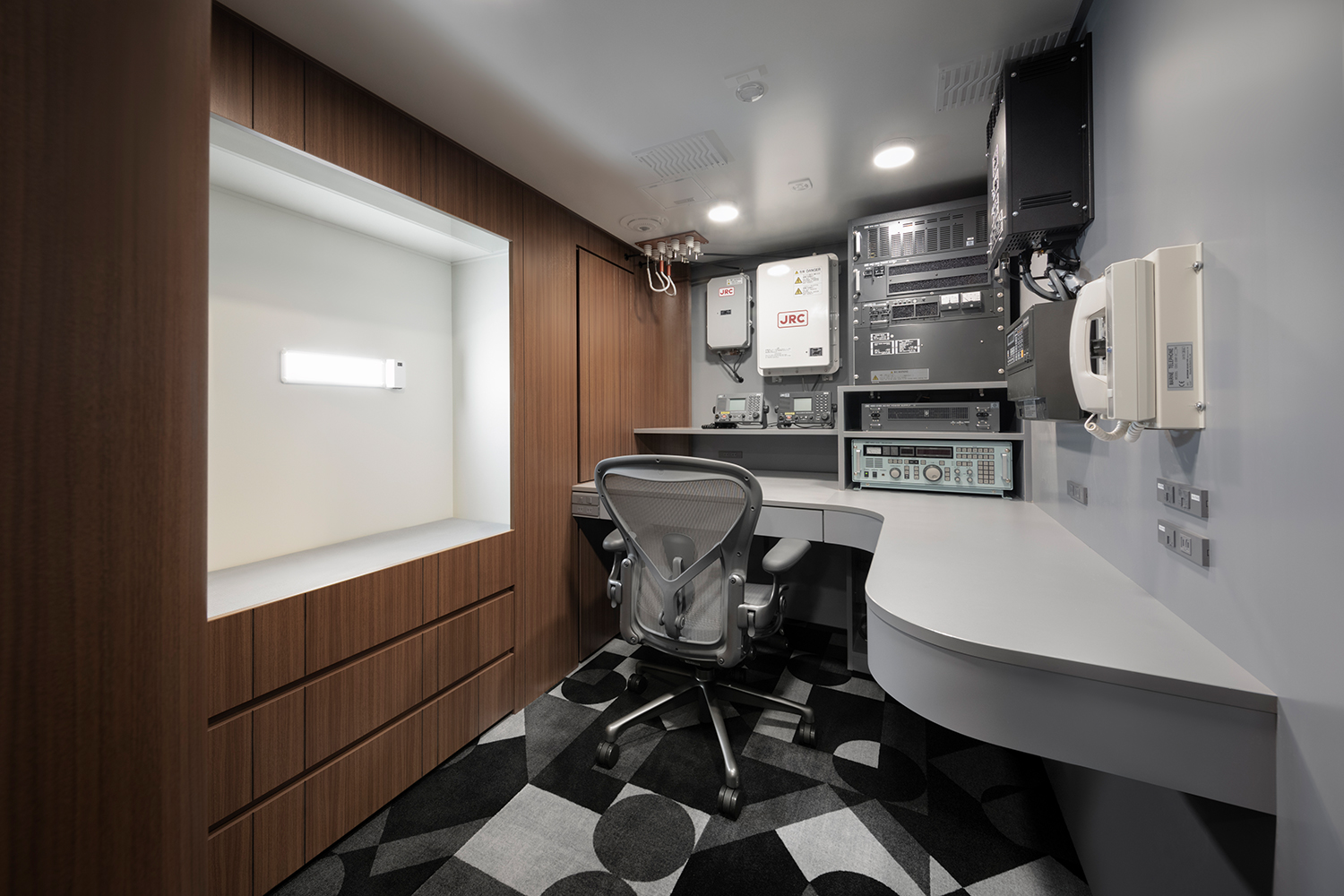 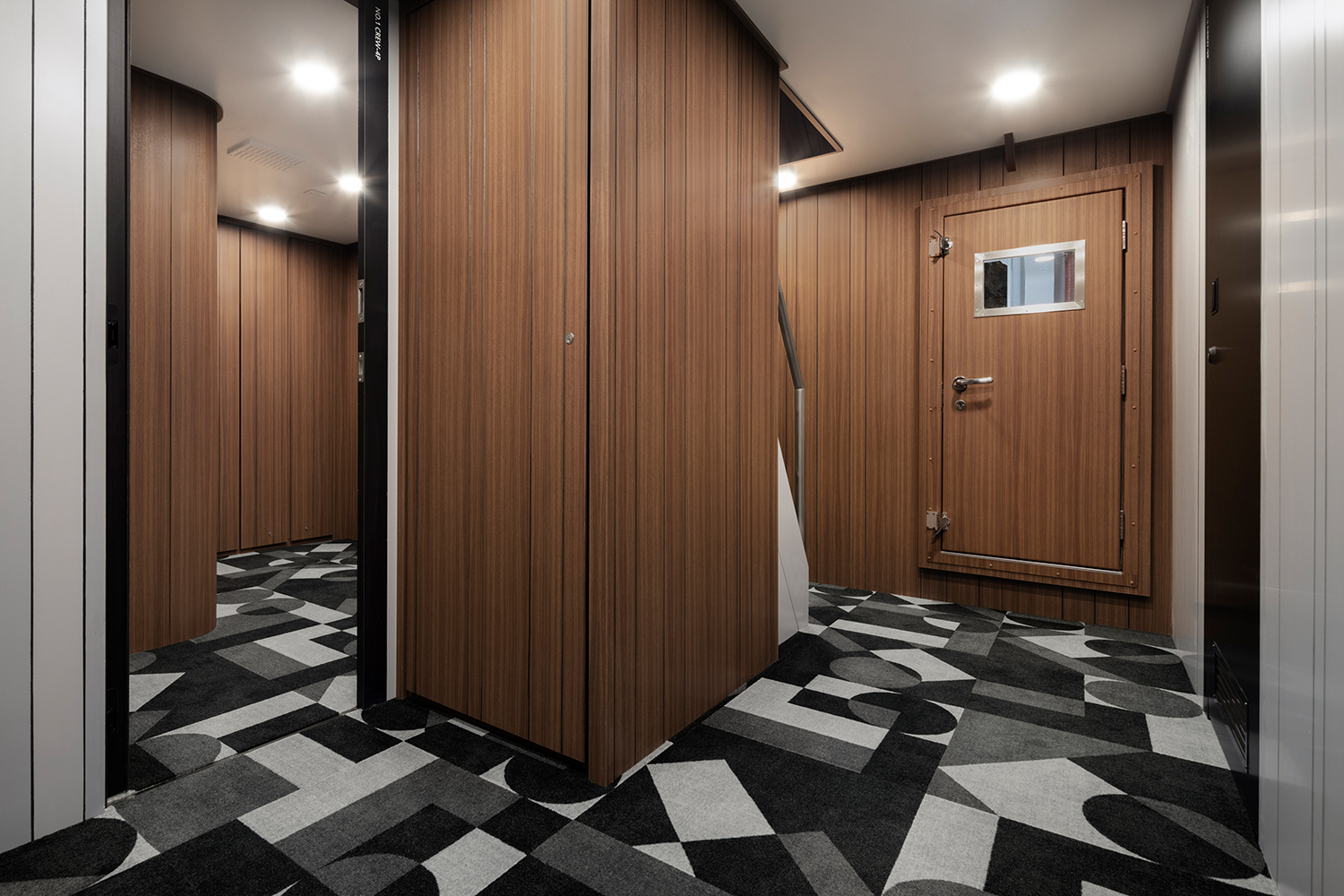 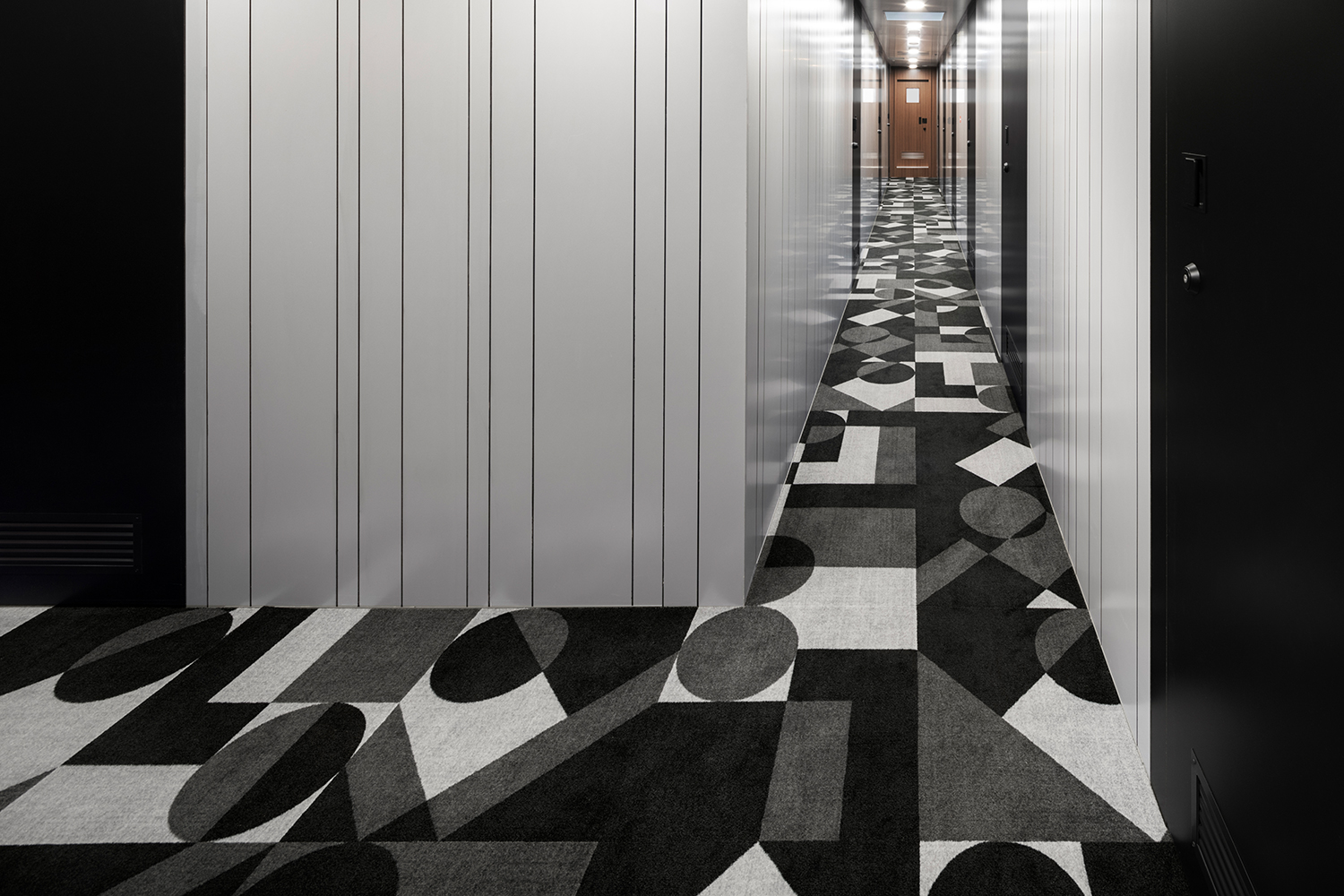 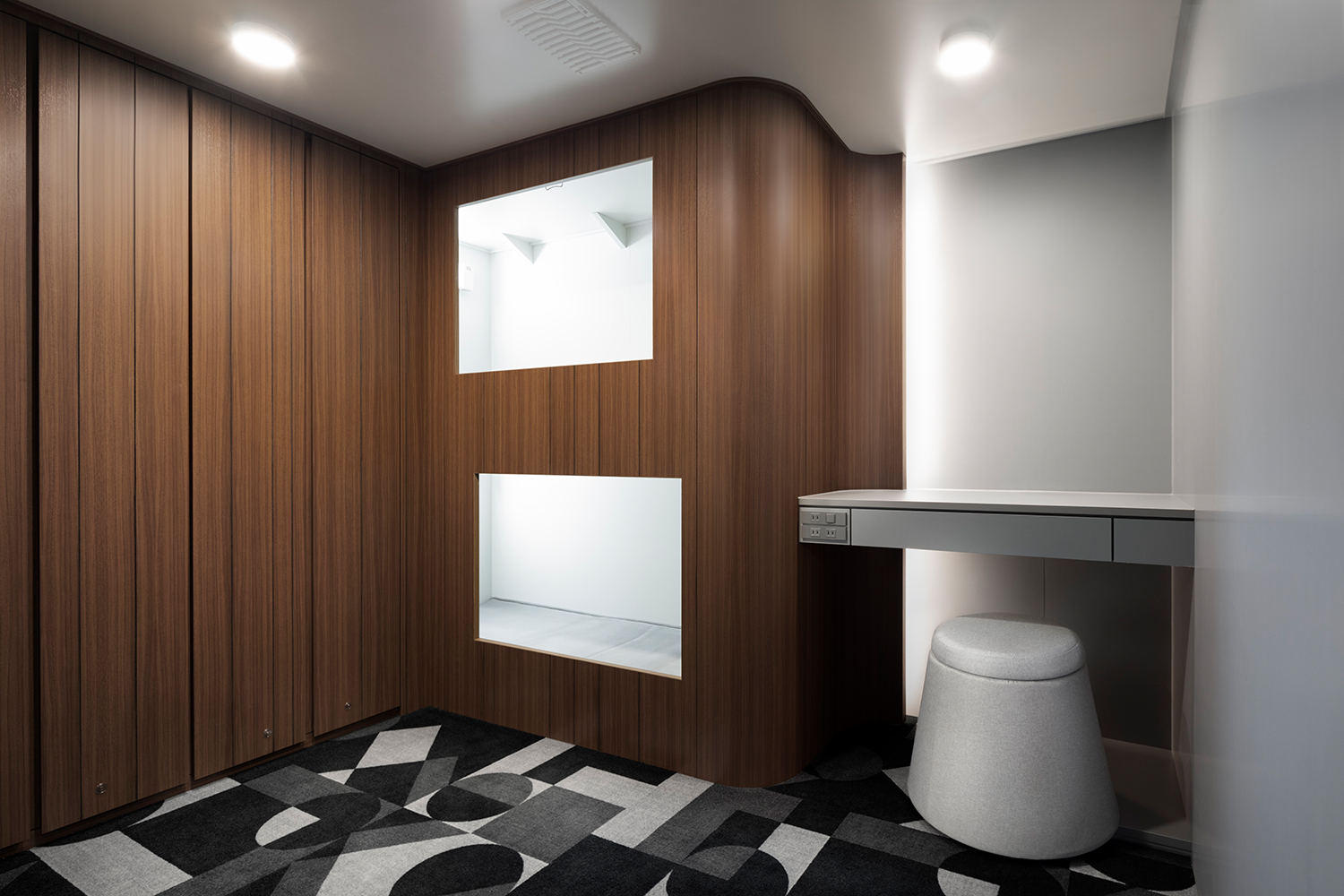 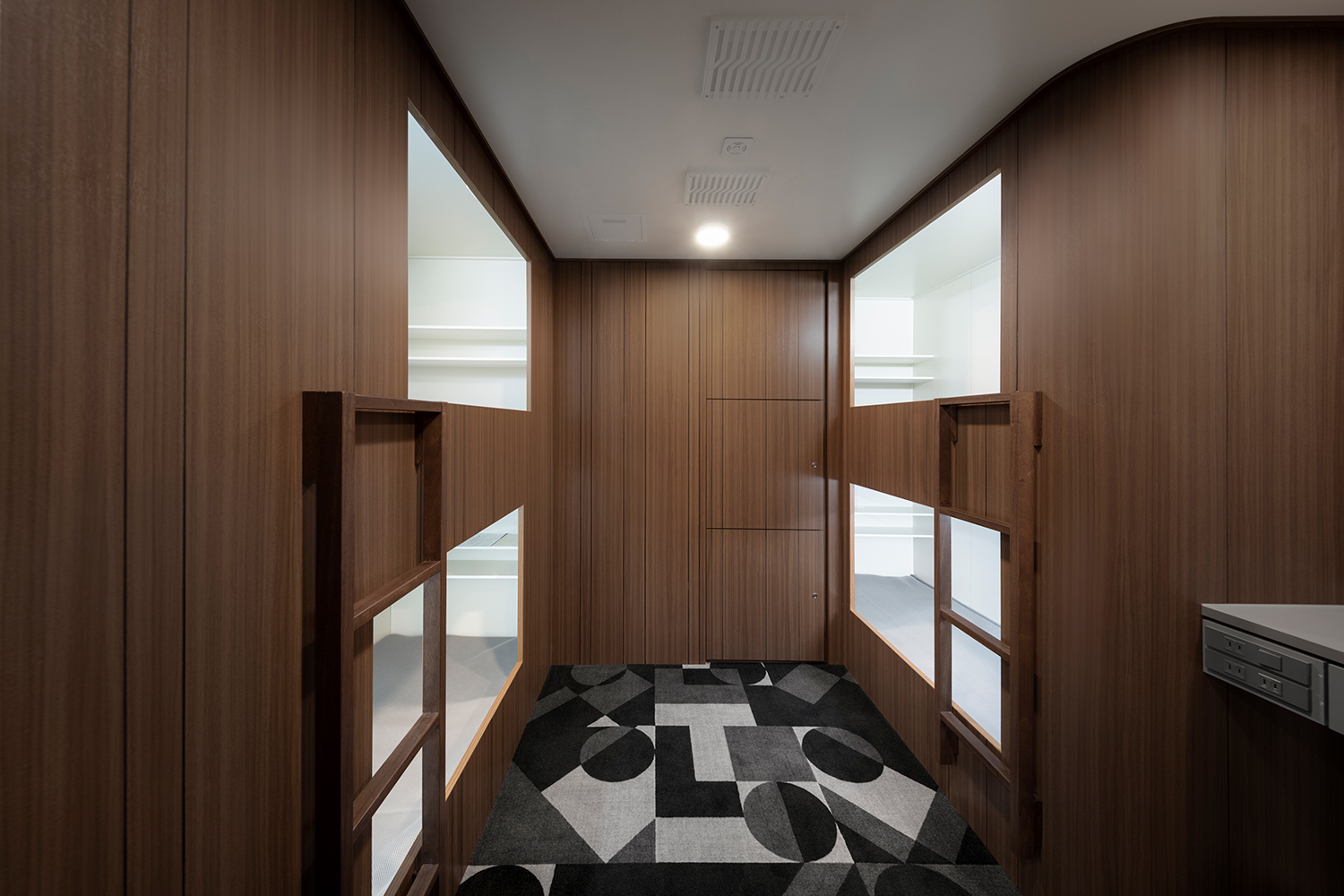 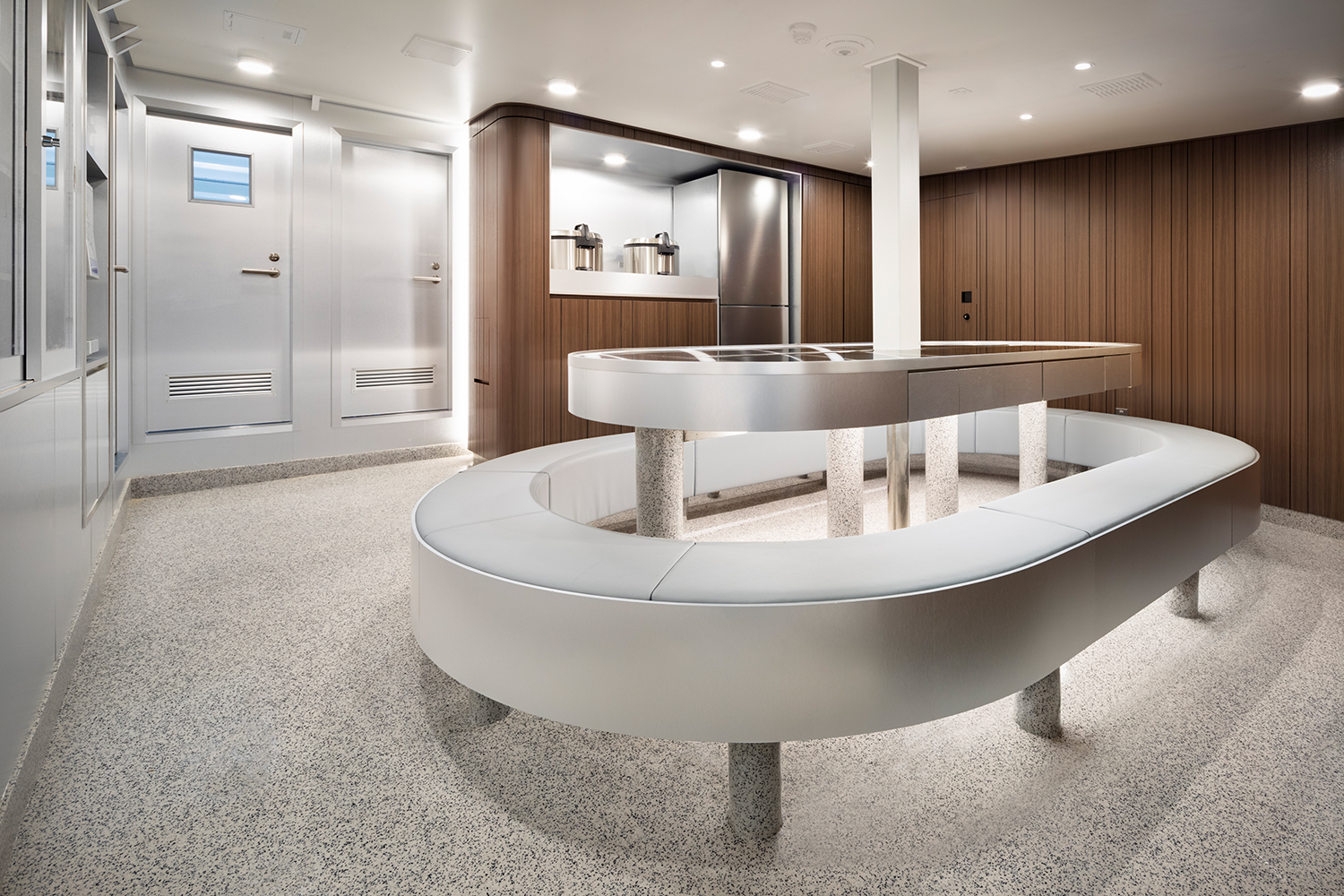 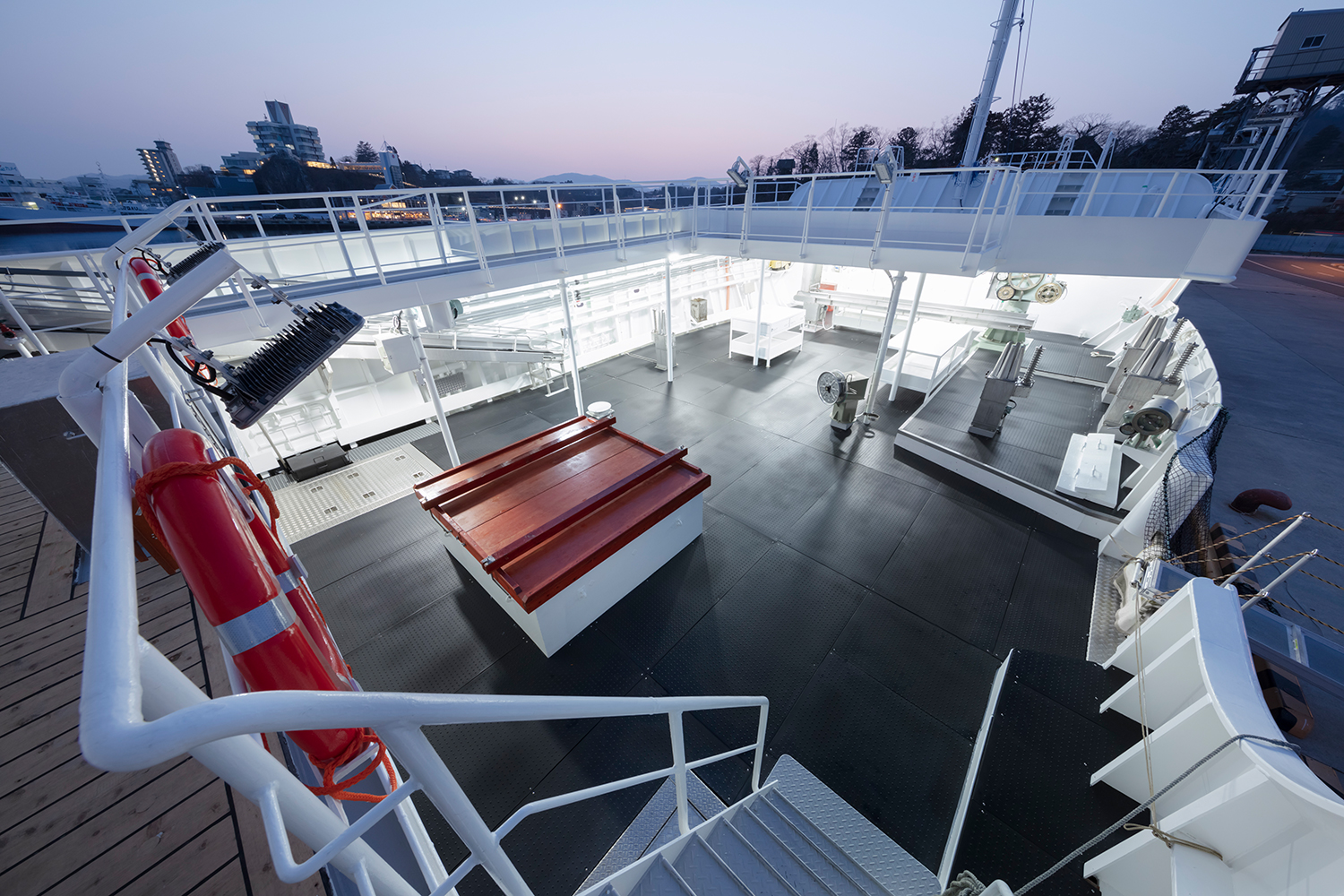