Complesso Monumentale della Pilotta in Parma and Atelier Fornasetti present ‘Fornasetti Theatrum Mundi’, an exhibition that brings hundreds of creations from the Milanese firm in dialogue with the collections of the Pilotta. The exhibition will be open to the public until February 14, 2021, and is part of “Revitalisations of the Contemporary,” an initiative conceived to mark Parma 2020+21, Italian Capital of Culture.

Scheduled to be inaugurated in conjunction with the reopening of the Complesso della Pilotta after a long period of closure due to the COVID-19 emergency, the exhibition has generated great expectations among the public, the press and enthusiasts. 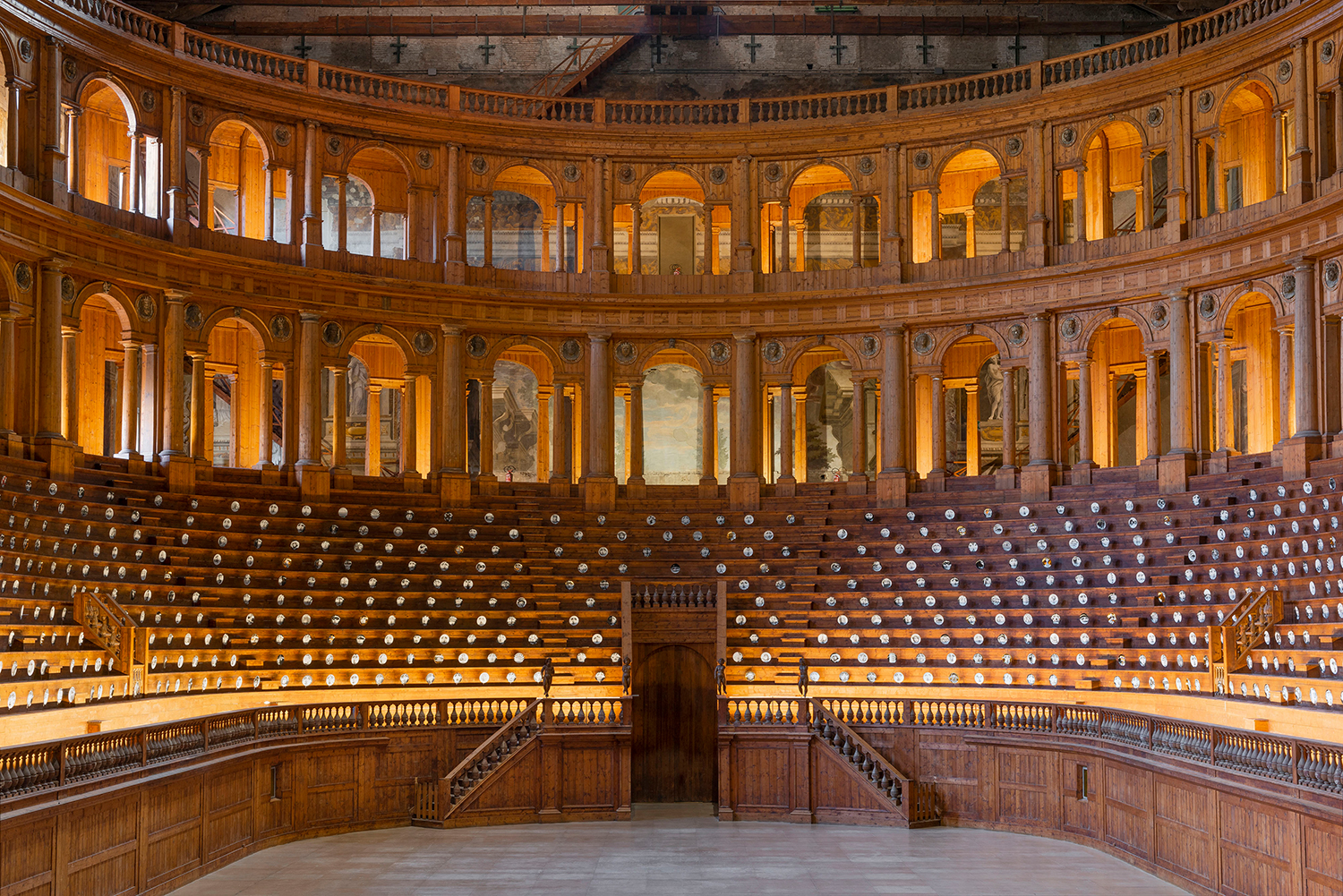 The exhibition is a truly layered journey between the classic and the modern, between past and present. Curatorship of the exhibition is by Barnaba Fornasetti, Artistic Director of the Milanese Atelier, Valeria Manzi, co-curator of cultural activities and President of the Fornasetti Cult association, and the director of the Complesso Monumentale della Pilotta Simone Verde, with the intention of renewing the classical heritage of the independent museum institute of Parma, through the intellectual recovery that has made it one of the undisputed leaders in contemporary design. 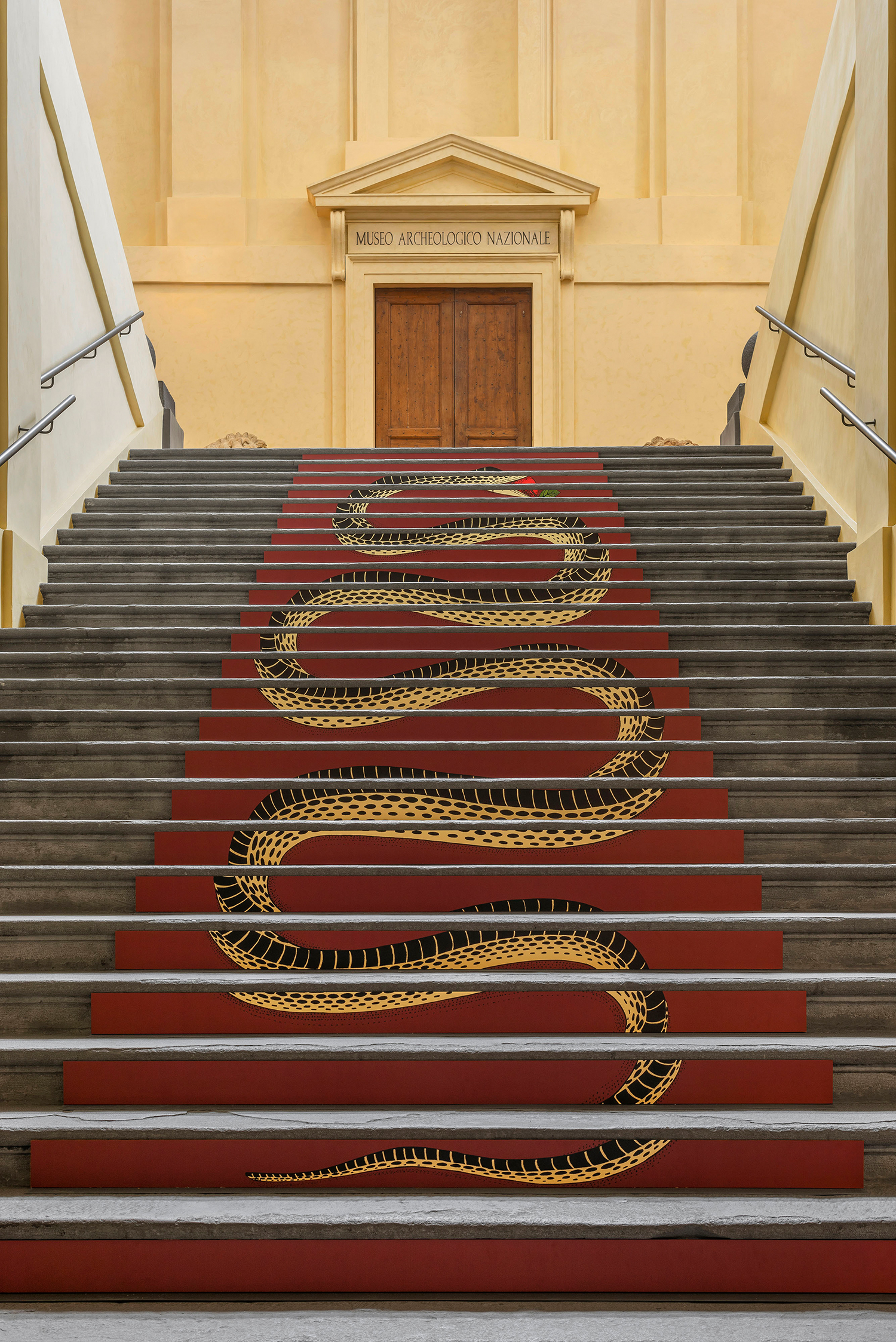 “Fornasetti Theatrum Mundi” creates a dialogue between the architecture and artworks of the Pilotta and the imagination of Piero and Barnaba Fornasetti, creating a true ‘theatre of the world’. A network of iconographic references and cultural suggestions reveals the intellectual mandate of the objects and images on display, highlighting their depth and offering exciting and universal implications. A real “Theatrum” as the term was understood in the sixteenth century, articulating in the infinite variety of the world the encyclopaedic entirety of knowledge to which classicism aspired, in the Renaissance, in the eighteenth-century and even, as playfully interpreted by Fornasetti, in the modern age.

The exhibition’s itinerary is divided into various cells relating to the main themes of Fornasetti’s work: ruins and the use of the past as a fragment, architecture, music, variations on a theme, drawing, graphics, collecting, everyday objects, and the dimension of illusion and dreams. 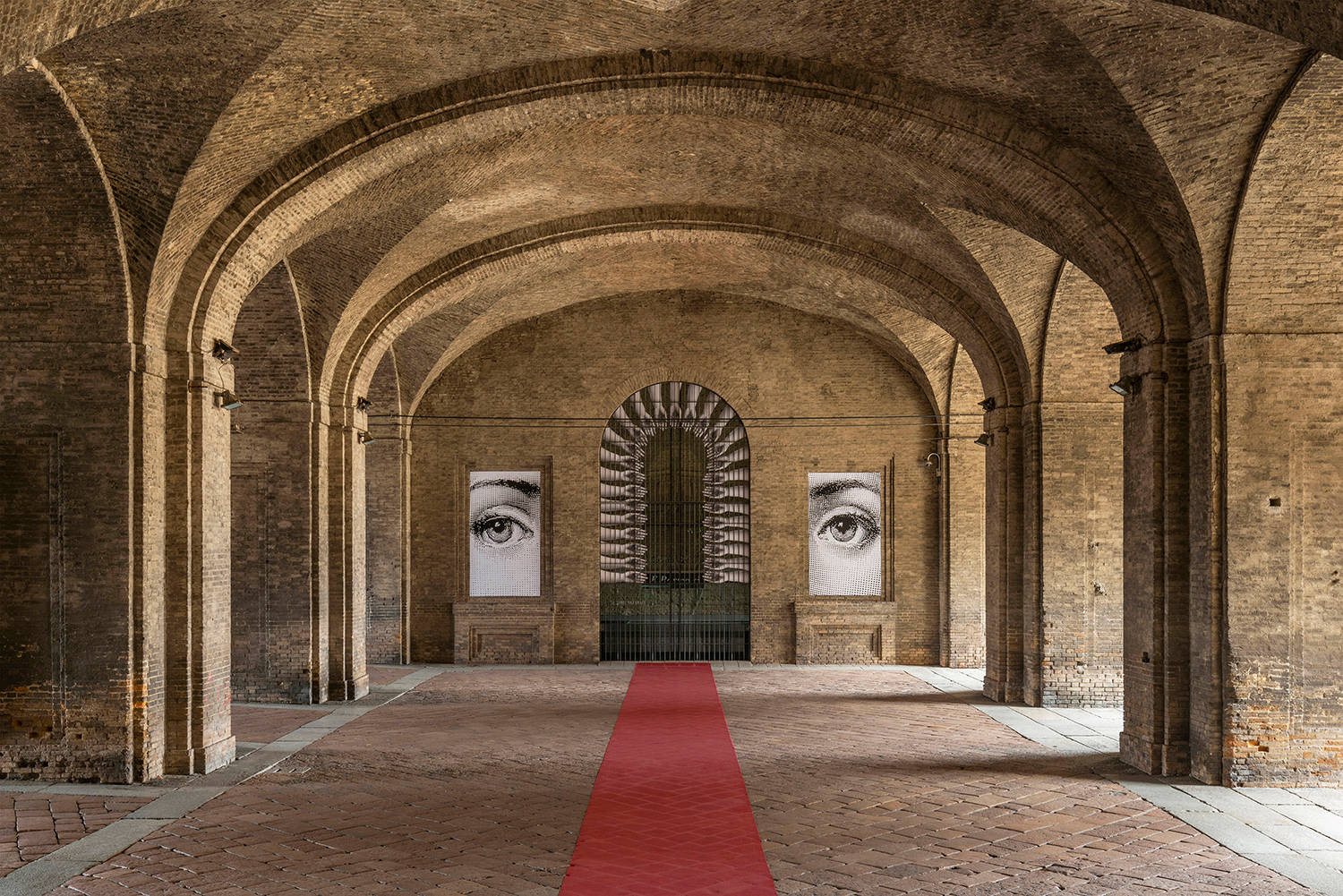 The exhibition begins with the 21 windows inside the Galleria Petitot of the Biblioteca Palatina. After a chance to admire the extent of the Galleria dell’Incoronata, it then enters the heart of the Teatro Farnese, a masterpiece of seventeenth-century architecture built inside the Complex on the model of the Vitruvian theatre, the same architectural structure that inspired the idea of the Theatrum Mundi, formulated by the neoplatonic rhetorician Giulio Camillo (1480-1544). Camillo’s utopia involved figures and symbols arranged in a precise order within the Vitruvian theatre, with the idea that this functioned as a sort of artificial mind, endowing the imagination with the ability to understand, reconstruct and interpret the world: an idea that has a deep affinity with Fornasetti’s creativity. 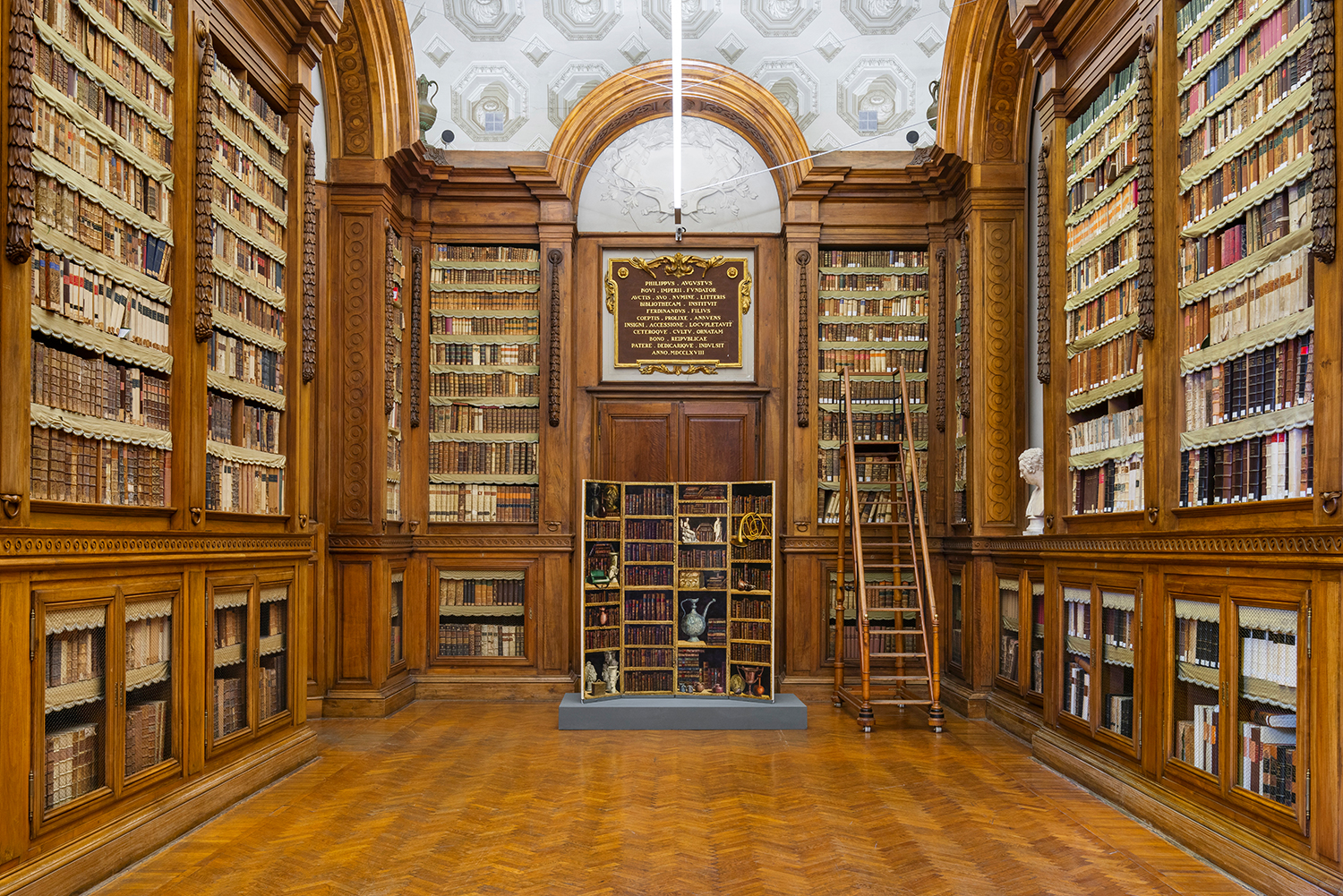 Fornasetti’s objects establish a profound dialogue with the spaces of the Pilotta, echoing their associations with culture, thought, dream and imagination.

Following the path traced by these elective affinities, the exhibition disseminates hundreds of works by the Atelier around the collections of the Pilotta, accompanied by short texts by Piero and Barnaba Fornasetti and selected quotes from other authors that provide suggestions and interpretations.

cFornasetti Theatrum Mundi” therefore demonstrates the depth and universality of the contemporary regeneration of the forms of classicism in a witty counterpoint between Fornasetti’s inventions and the collections and spaces of one of Italy’s most important museums. 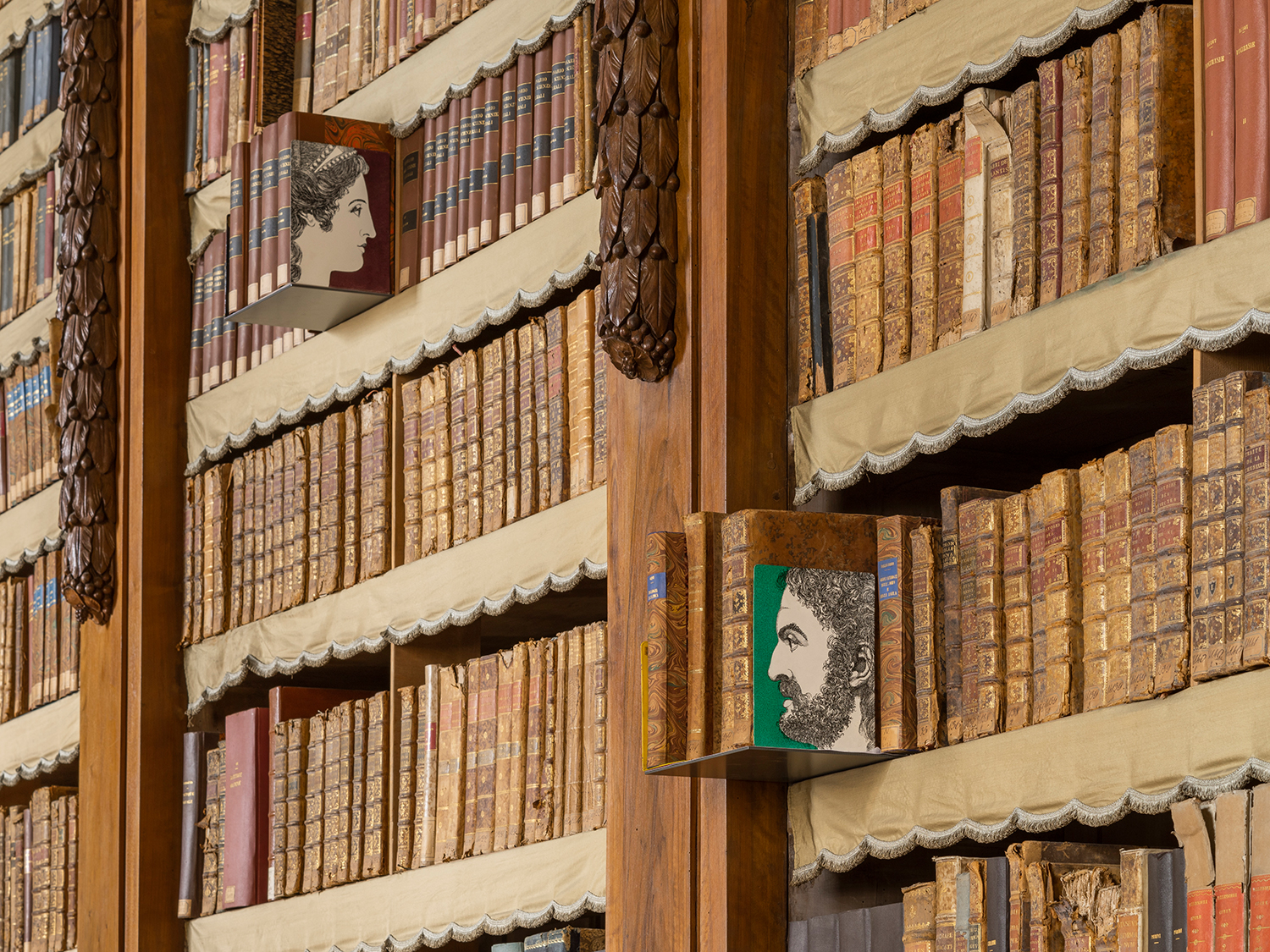 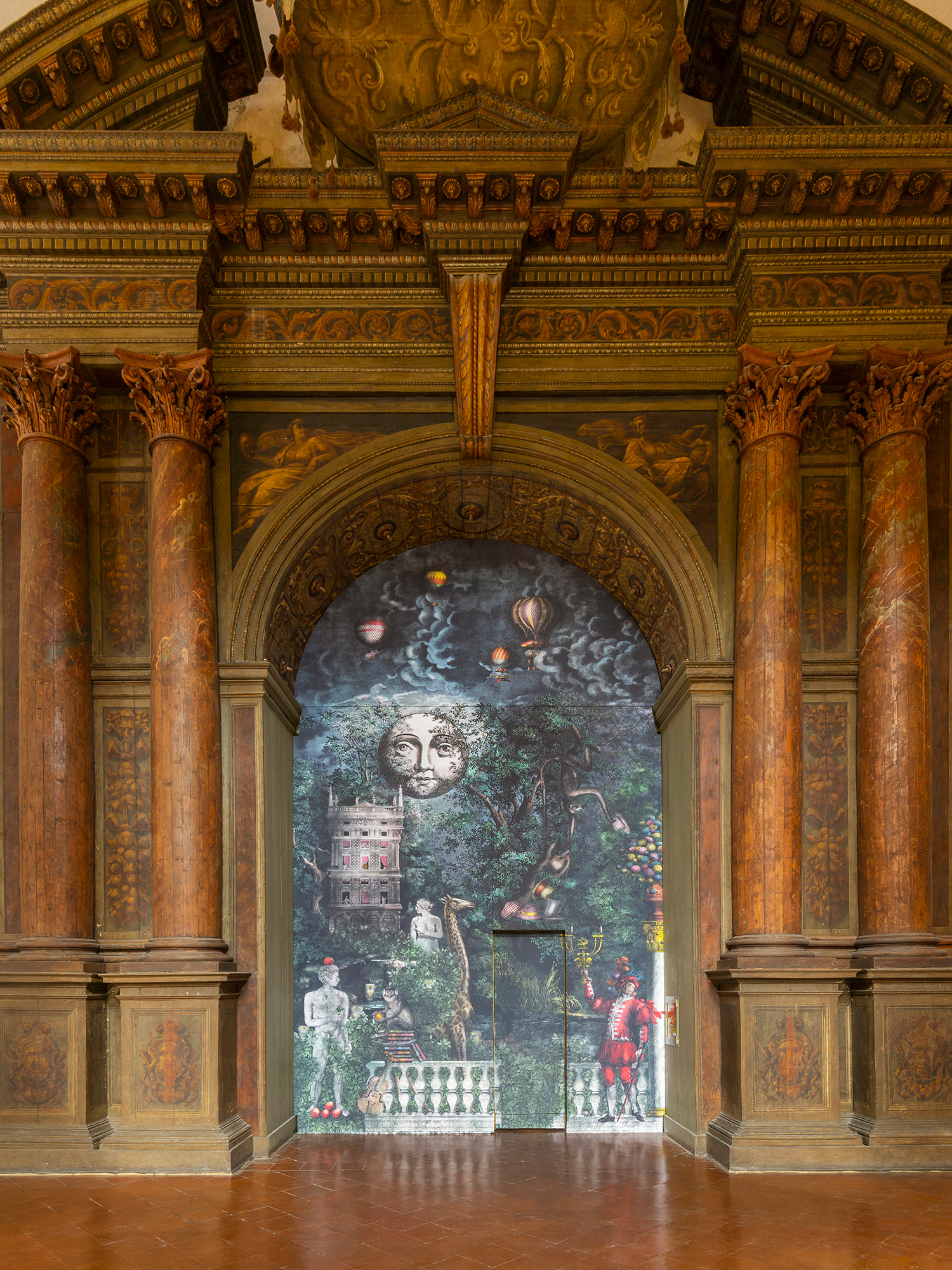 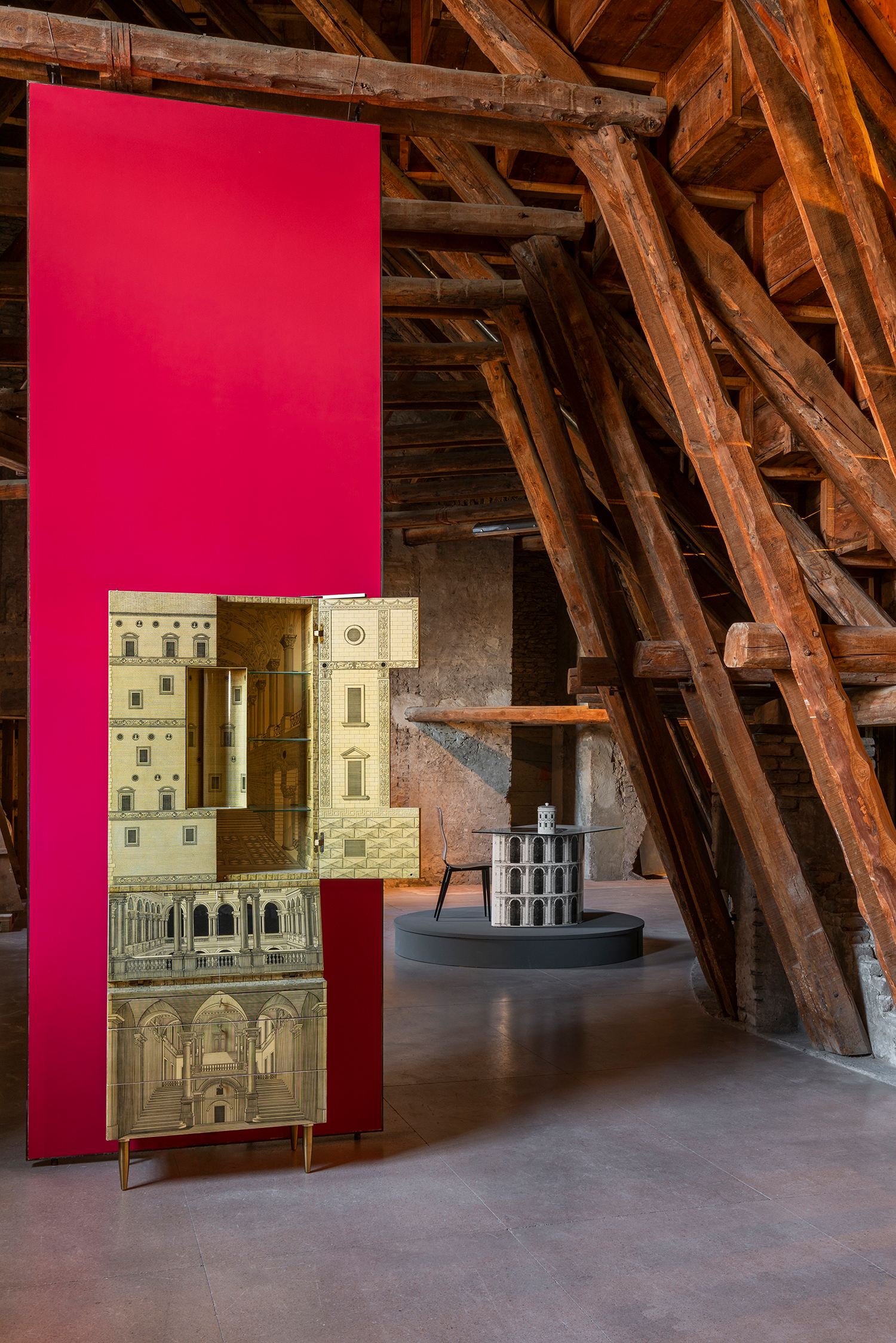 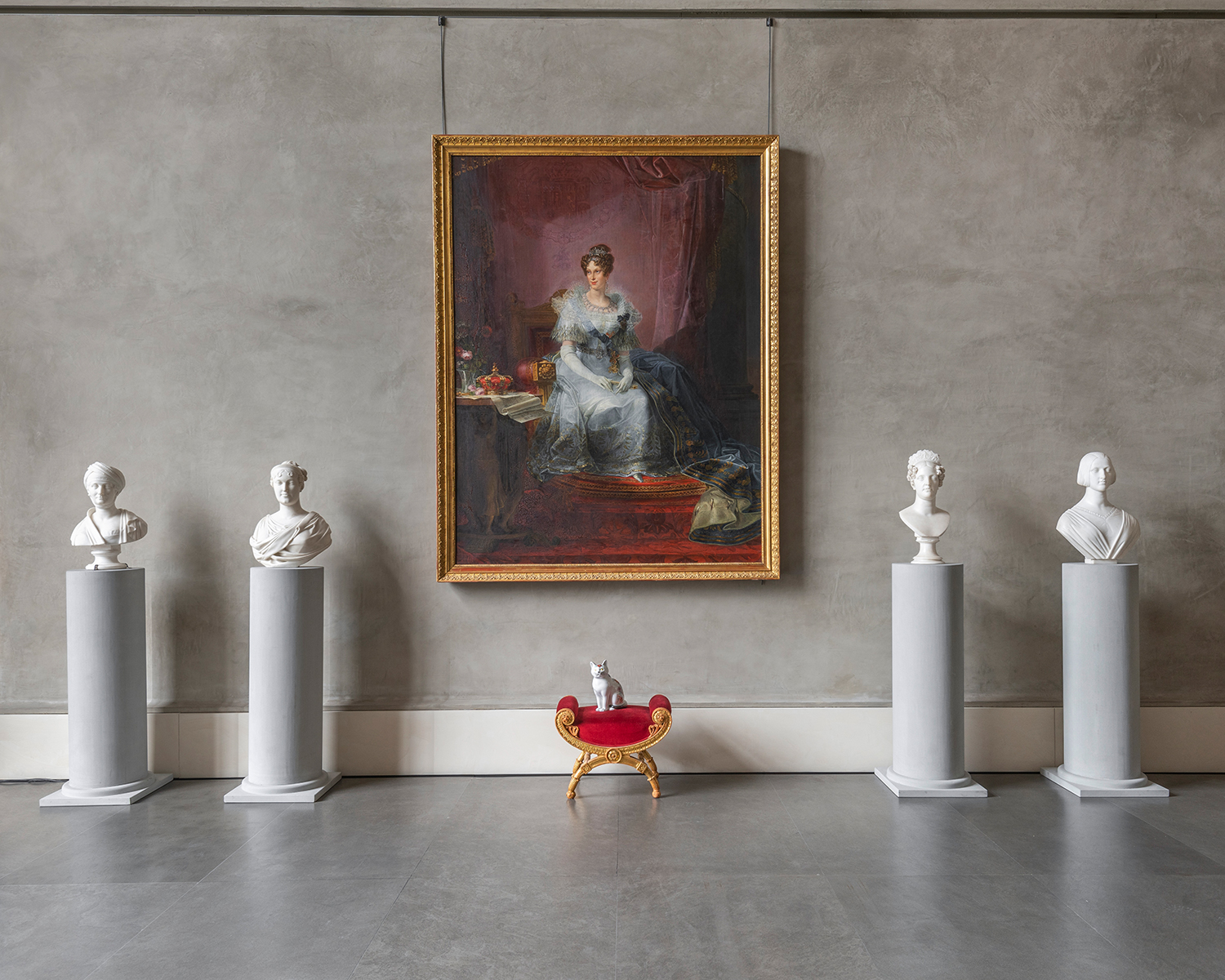 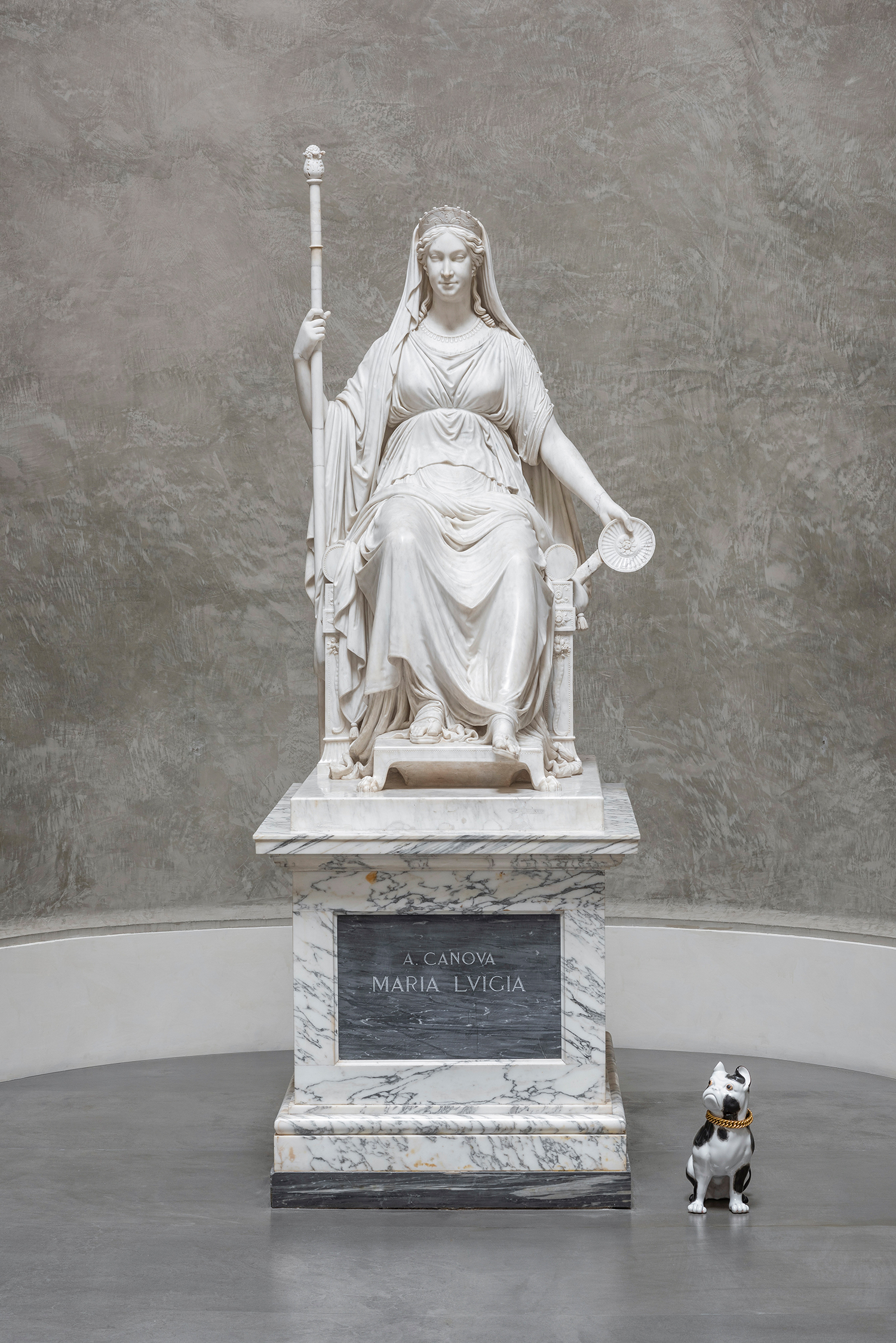