Studio Élémentaires has unveiled UMBRA, a lighting fixture based on the phenomenon of the eclipse at this year’s Collectible Design Fair in Brussels. This is the second time Studio Élémentaires has taken part in the fair; in 2019 they unveiled Hypnos, a pendant lamp that through an interaction with a material (flowing sand) produces a variation in the intensity of light. UMBRA is a continuation of Hypnos, questioning our relationship with time through light and movement. With UMBRA, it’s the movement of an element obscuring light to produce a temporary shadow. 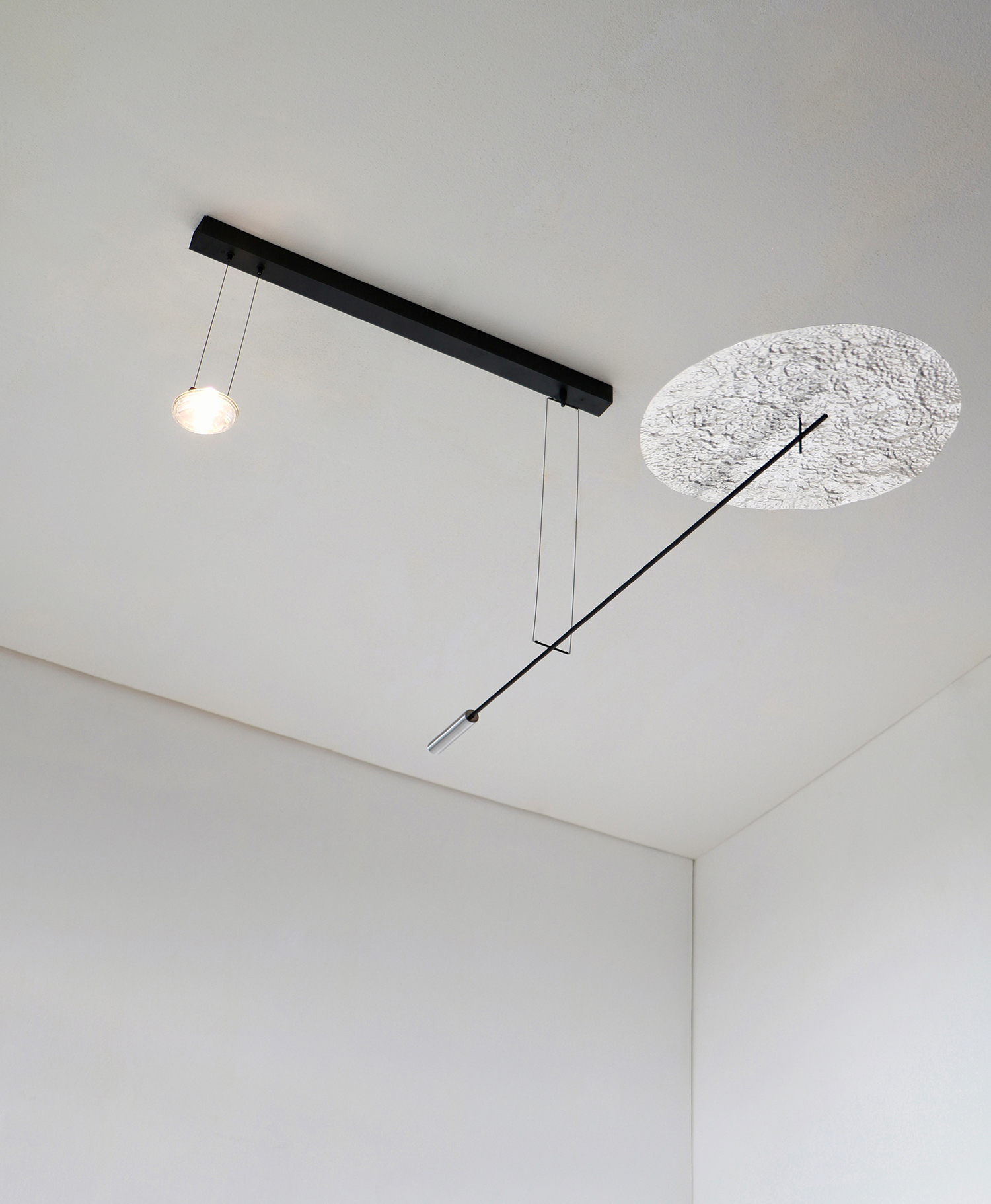 The total eclipse is the result of an extraordinary coincidence; where the laws of perspective and those of celestial mechanics converge. This perfect alignment of the moon in front of the sun can only be observed from Earth. It’s this fascinating occurrence that fuels Studio Elementaires research. How can this chance event manifest in the performance of an object? In an environment where the possibilities of control and command over the objects within it reign and multiply, how can design, to the contrary, yield surprise and invite the unexpected on a daily basis? 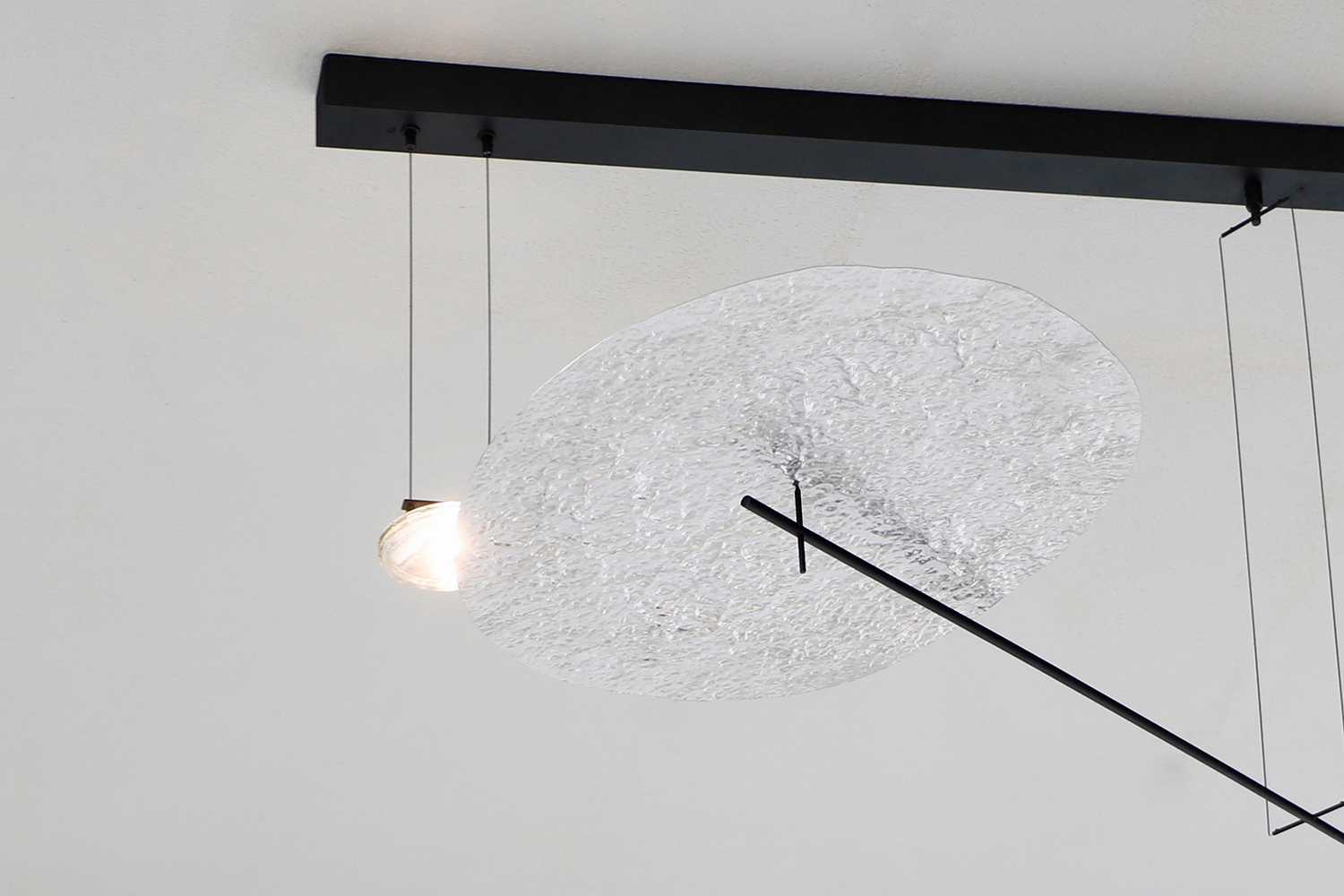 Consequently, the time the lamp is hidden varies according to the speed of rotation of the mobile, which is governed by a random sequence. Through this unpredictable behaviour in function, UMBRA evolves of its own accord.

“We really like the idea that, by its kinetics, the object simultaneously produces shadow and light,” explains Apolline Couverchel, co-founder of Studio Élémentaires. “We were interested in creating an autonomous object, which can evolve at its own rhythm and escape from all control.”

“The eclipse has a spectacular, magical aspect – a nice nod to our theatrical origins – which we all gather around to watch,” adds Co-founder Gauthier Haziza. 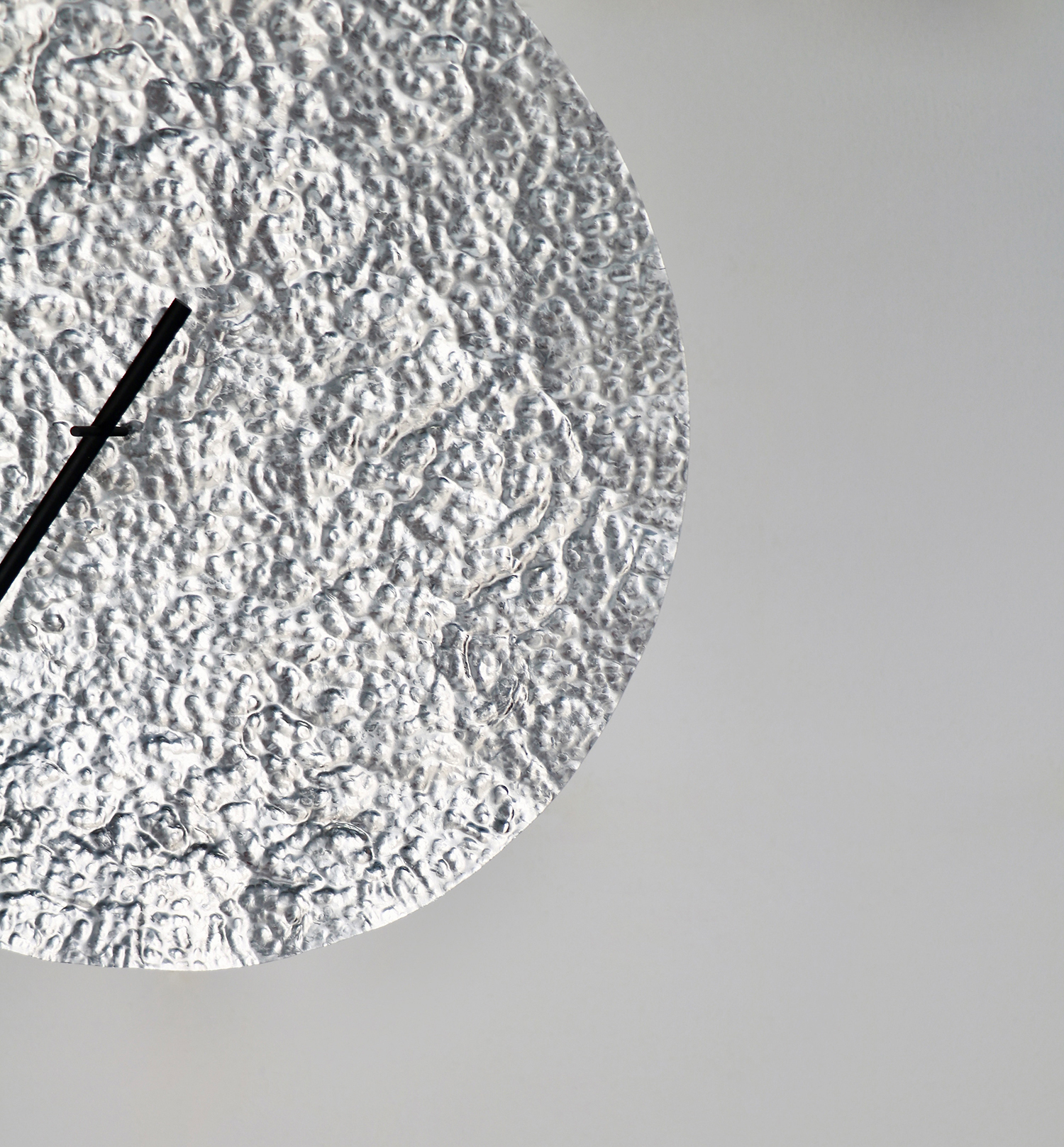 The sculptural mobile is composed of a sheet of aluminum, hammered by hand and delicately balanced in place on the tip of a black steel structure. The sequence unfolds when the mobile slowly rotates, the hammered disc then passes beneath the lamp and cuts the beam of light, casting a shadow below. At the same time, the light beam hits the disc and is reflected towards the ceiling, mirroring the effect below. 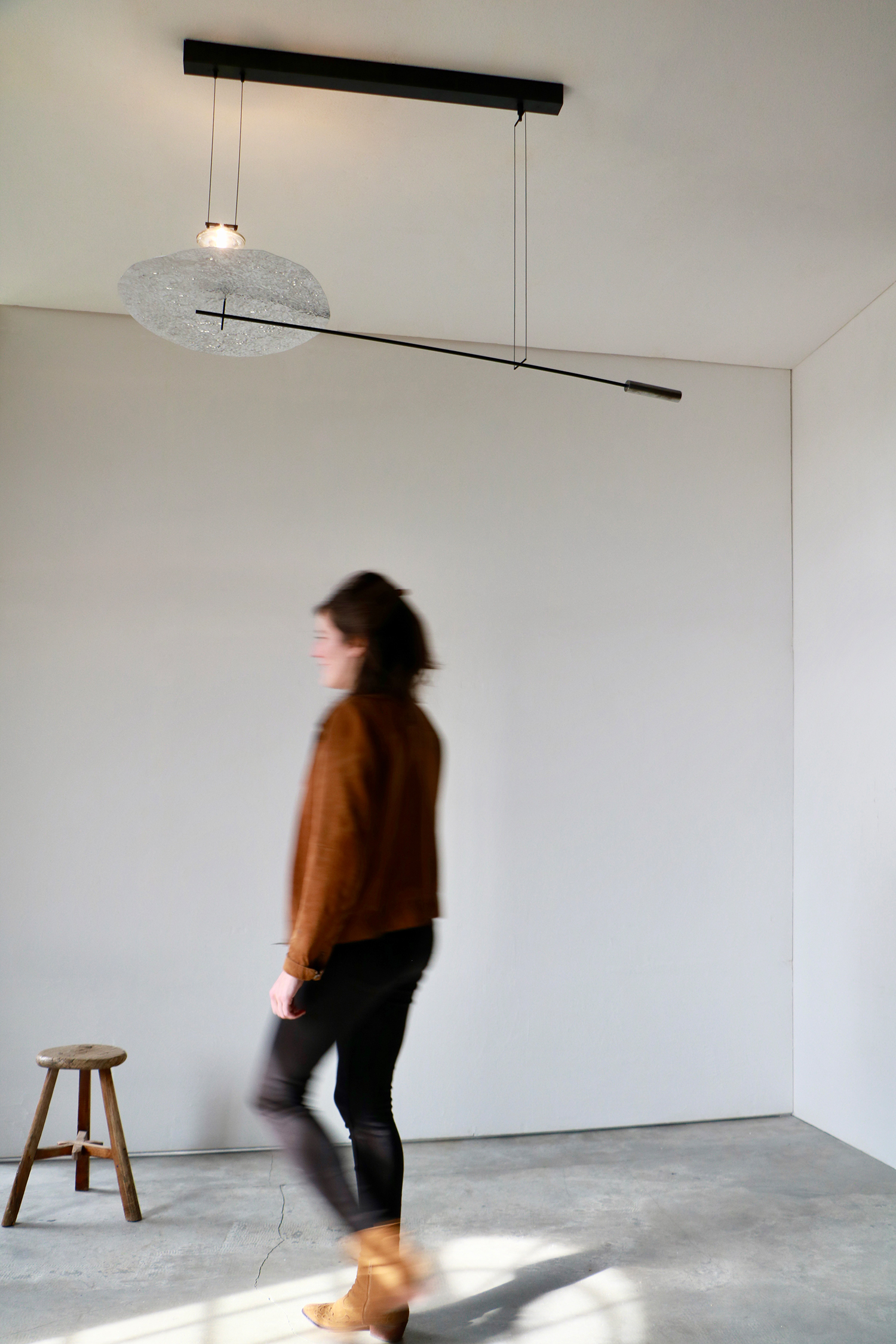 “The challenge of this lunar piece was its balance! The structure requires great precision and consequently determines the harmony of the proportions of each element: the diameter of the disc, length of the steel rod, size of the counterweight. Thereafter, it was necessary to create movements, thanks to hidden electronics, without losing this balance and retaining a certain lightness.” concludes Gauthier Haziza.