Studio Roosegaarde has unveiled Urban Sun, a light that uses ultraviolet radiation to sanitize outdoor spaces from coronavirus. Daan Roosegaarde and his team of designers, external experts, and scientists challenged themselves to discover how the power of light can be used to combat viruses and therefore enhance our well-being. Research shows that though traditional 254nm UV light is harmful, the new far-UVC light with a wavelength of 222 nanometers can actually sanitize viruses safely.

Urban Sun shines a large circle of this far-UVC light into public spaces, cleaning those spaces of the coronavirus. It acts as an additional layer of protection to current government rules. Urban Sun aims to inspire hope. It combats the negative impact of social isolation by aiming to improve cultural gatherings, sporting events, public squares, and schoolyards. 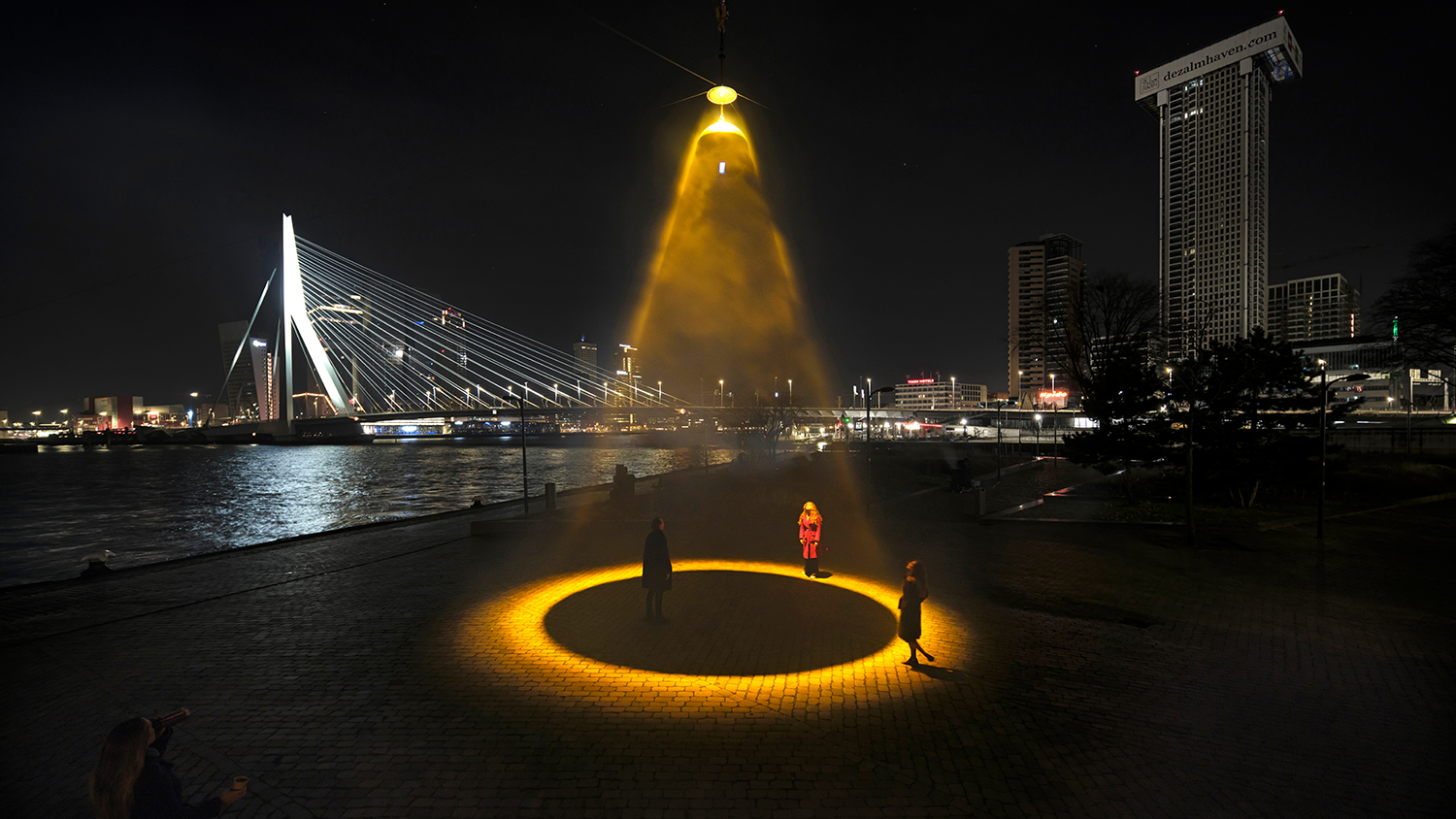 Urban Sun’s initial launch took place alongside Rotterdam’s most iconic landmark, the Erasmus Bridge. The project is supported by researchers and experts from all over the world and is based on scientific papers written at Columbia University and Hiroshima University. 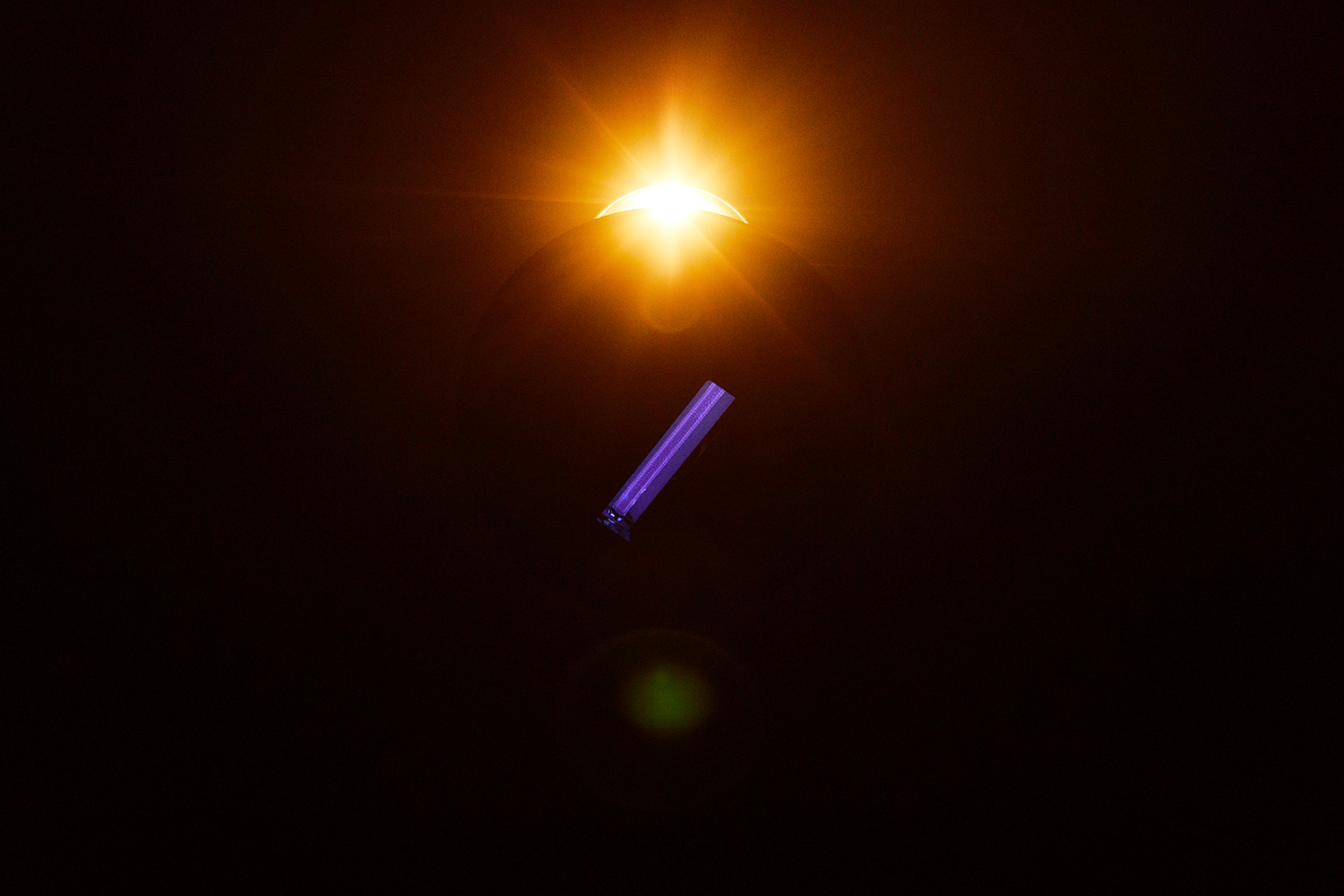 The design was developed in collaboration with scientists and researchers from the USA, Japan, Italy and the Netherlands. It is based on research published in 2018 by Columbia University and Hiroshima University showing that while traditional 254nm UV light is harmful to humans, far-UVC light with a wavelength of 222 nanometers is safe. Both are effective at killing viruses in the air – which is the cause of the vast majority of Covid-19 transmission – in water and on surfaces. 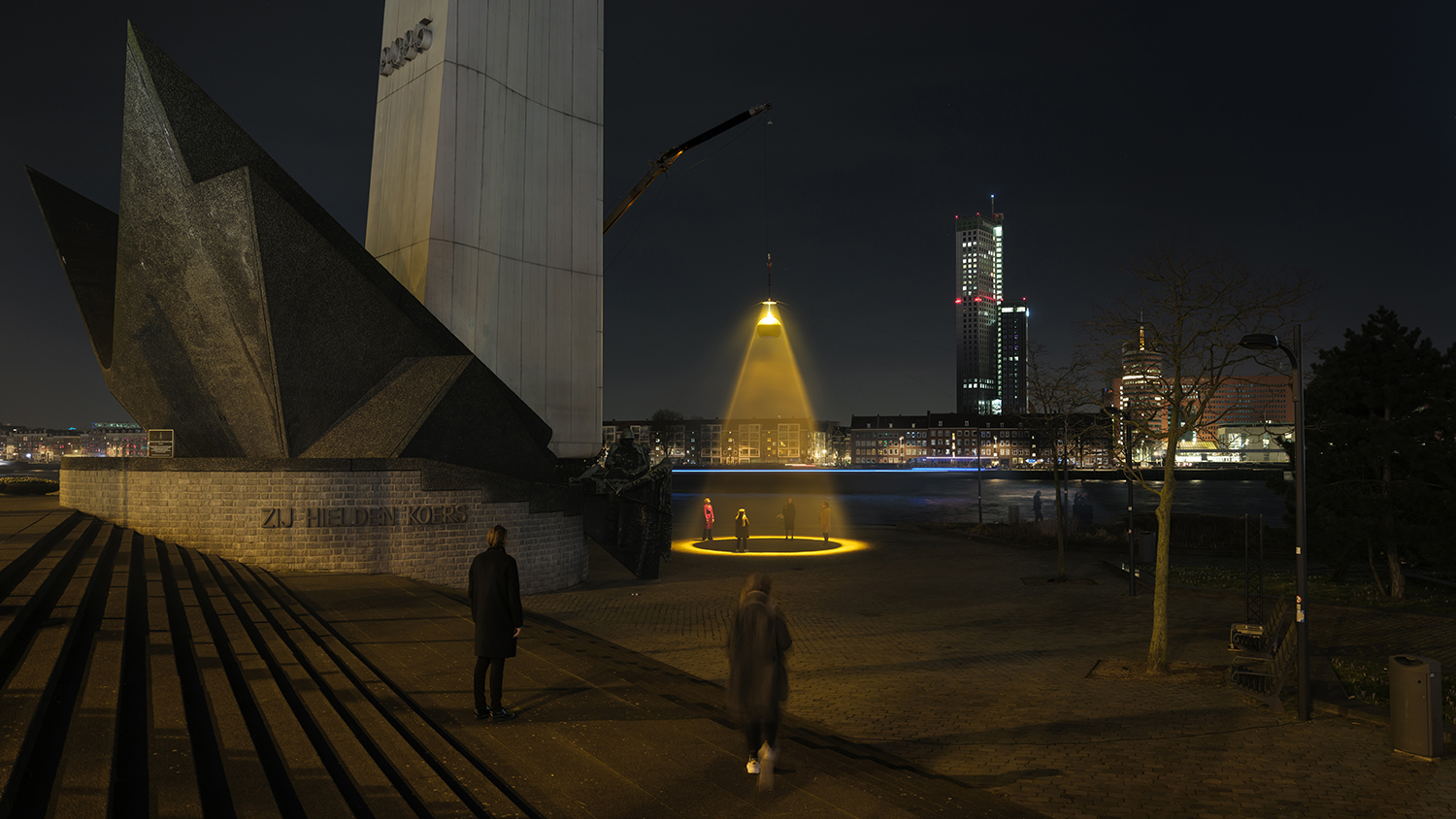 Far-UVC technology is already being developed for use in indoor spaces. Boeing is looking to integrate it into its aeroplanes to enable safer air travel, for instance. But Studio Roosegaarde claims to be the first to try to make it work outdoors. Lighting brand Artemide has already released an indoor lighting product called Integralis that uses UVC radiation to sanitise spaces. However, the product can only be used when people are not occupying the room as UVC light is harmful to humans.