As a football-obsessed 12 year-old in the Brasilian coastal city of Santos, Neymar would spray paint his football boots gold. Now Nike has created a stunning new gold version of the Brasilian star’s Hypervenom boots for him to wear during the rest of the 2014 World Cup tournament. The original Hypervenom Phantom boot was launched by Neymar Jr. in Rio de Janeiro in May 2013 and made an immediate mark when he lit up his home country in the Confederations Cup. 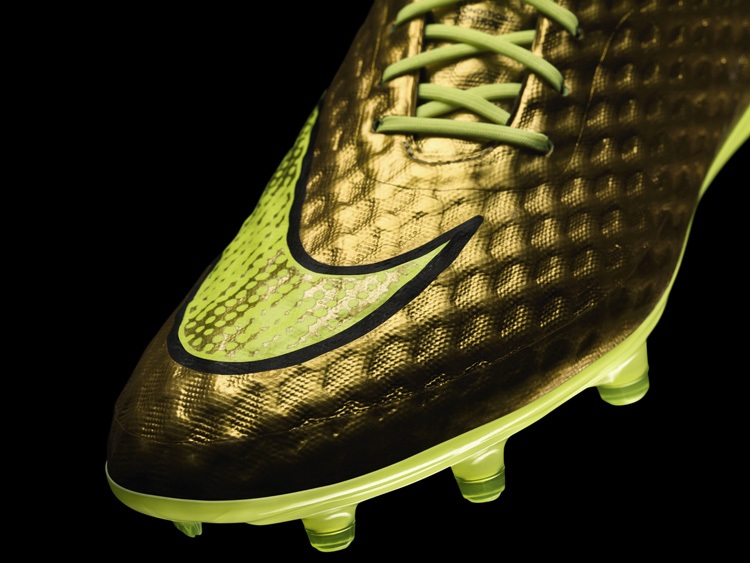 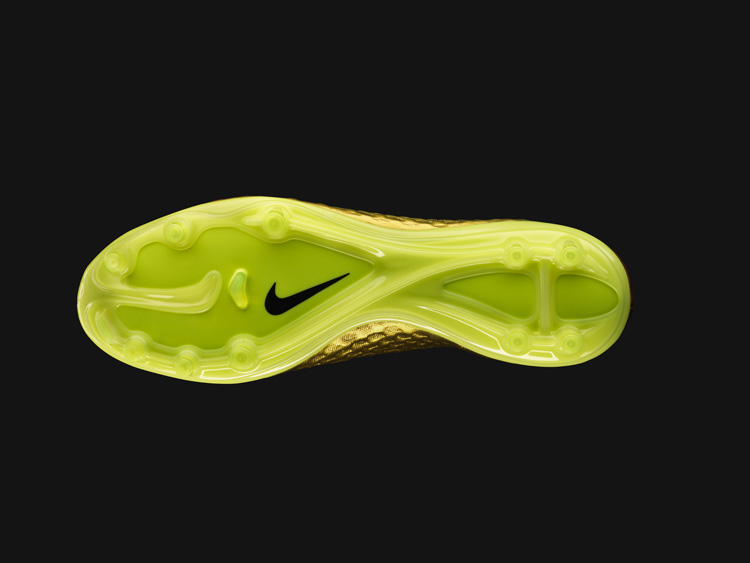 The Hypervenom’s upper is created using the new NikeSkin system. This execution of NikeSkin features a soft, supple mesh bound with a thin polyurethane film, and is finished off with Nike All Conditions Control technology (ACC) to provide the same level of foot-to-ball control in both wet and dry conditions.

The boot will be available on www.nike.com from June 26th. 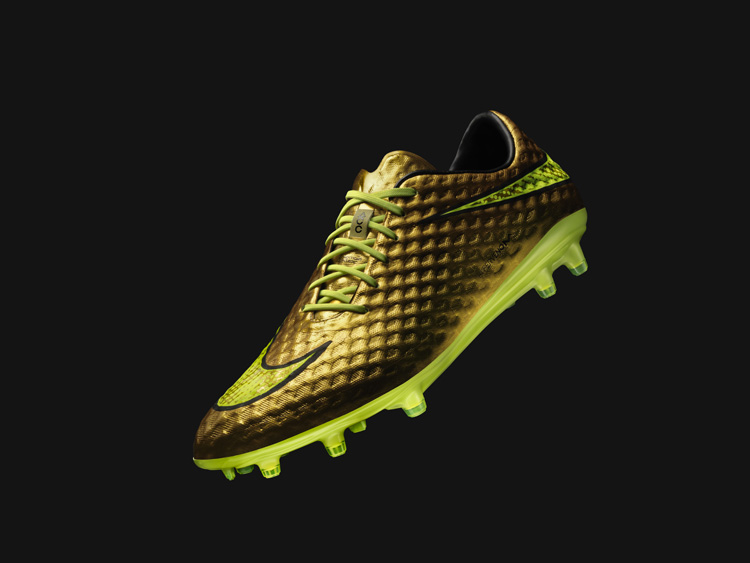 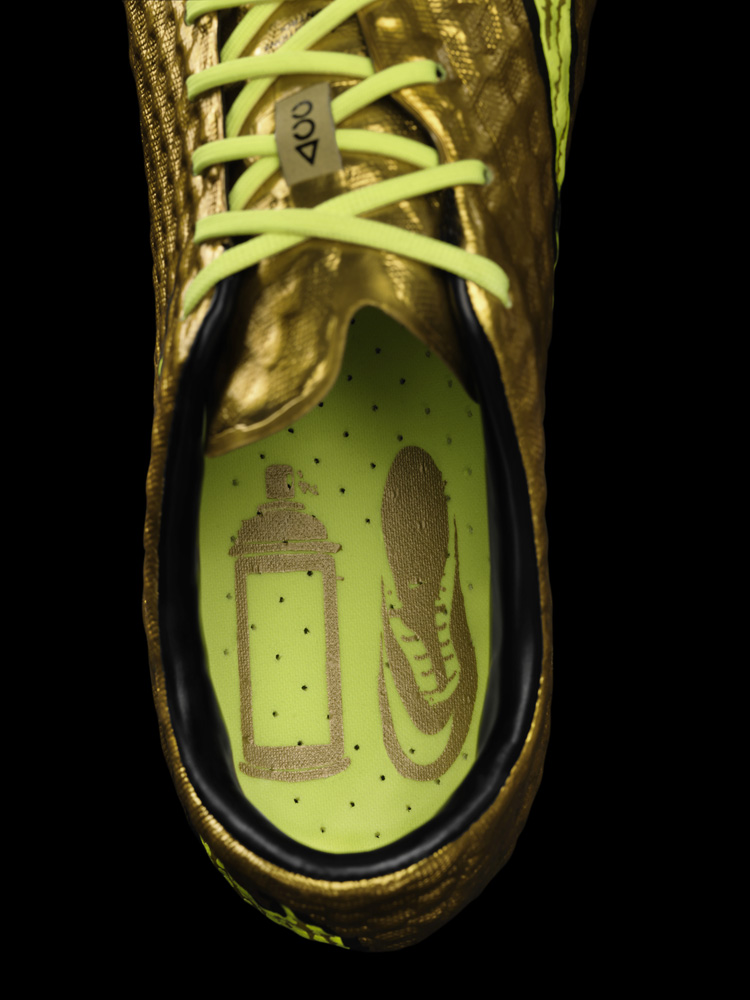 all images and video courtesy of NIKE