Nestled in the Seoul’s Gangnam-gu district, Christian de Portzamparc and Peter Marino have designed the French fashion house Dior’s new flagship store. The building is a sculptural and fluid structure that redefines the landscape it sits in. The voluminous folds of its bright white facade were inspired by the fabrics, shapes and movement of the toiles created in Dior’s Haute Couture Atelier. Taking the form of twelve soaring resin and fiberglass sails that stand proud above the building’s base, itself decorated with Dior’s cannage motif. 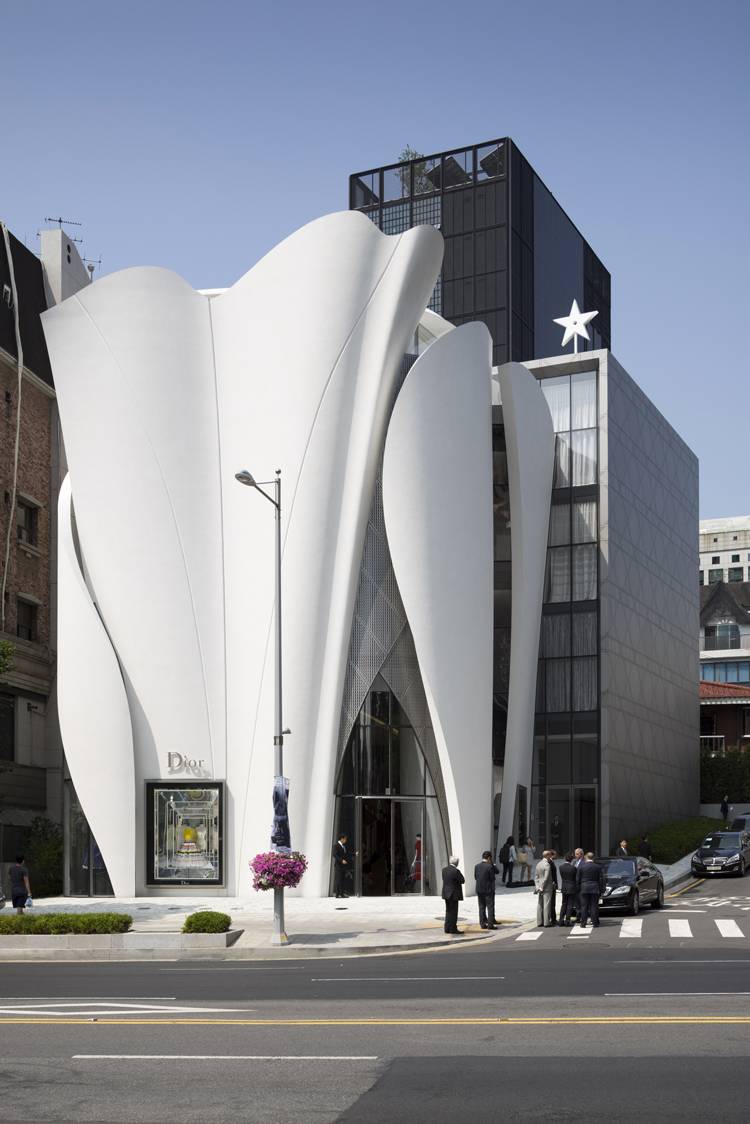 “I wanted the building to represent Dior and to reflect Christian Dior’s work. So I wanted the surfaces to flow, like the couturier’s soft, woven white cotton fabric. These surfaces, which soar into the sky and undulate as if in motion, crossed by a few lines, are made from long moulded fiber glass shells, fitted together with aircraft precision.” explains French architect Christian Portzamparc. 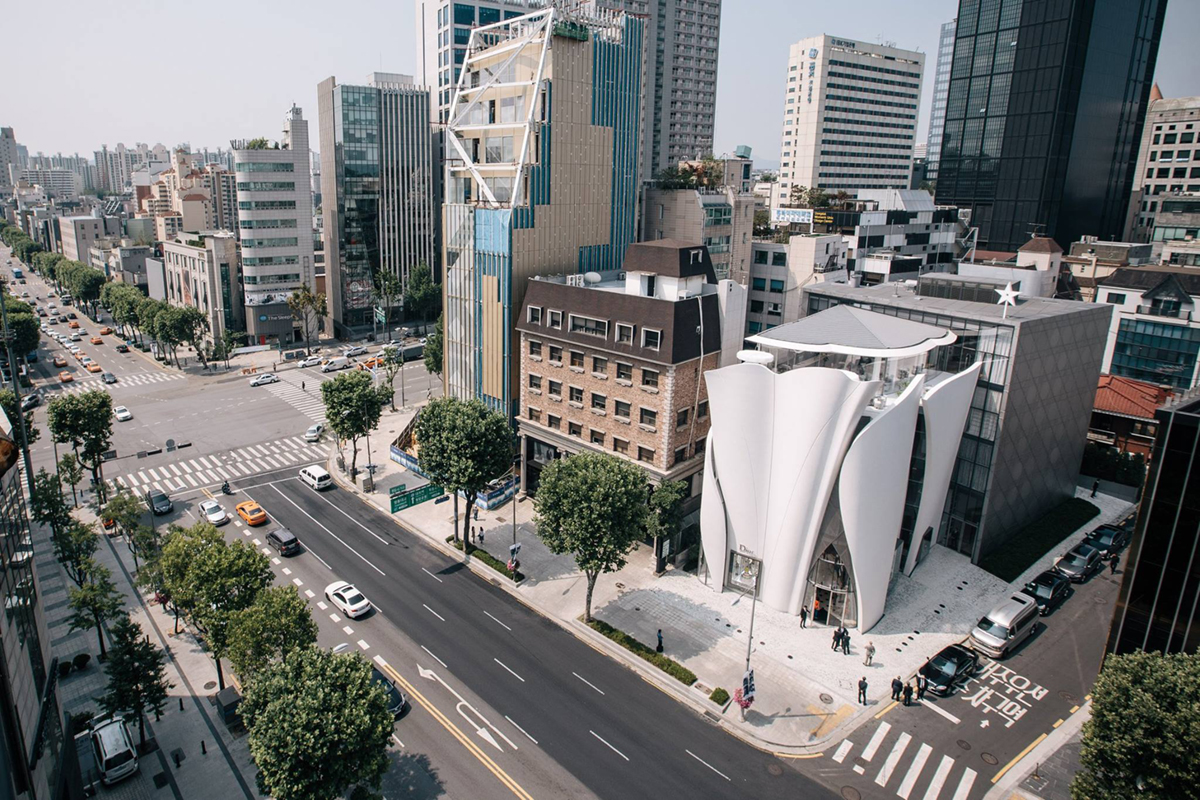 “In Seoul, where the quadrangular buildings align with the avenue, and which are all occupied by leading international fashion labels, the building stands out like a large sculpture, inviting everyone to step inside. The entrance, where two shells come together, is a sort of modern lancet arch, in which two metal mesh surfaces cross in line with the clothing metaphor. Once inside, the customer makes a succession of discoveries – a feature typical of the interiors designed by Peter Marino.” . 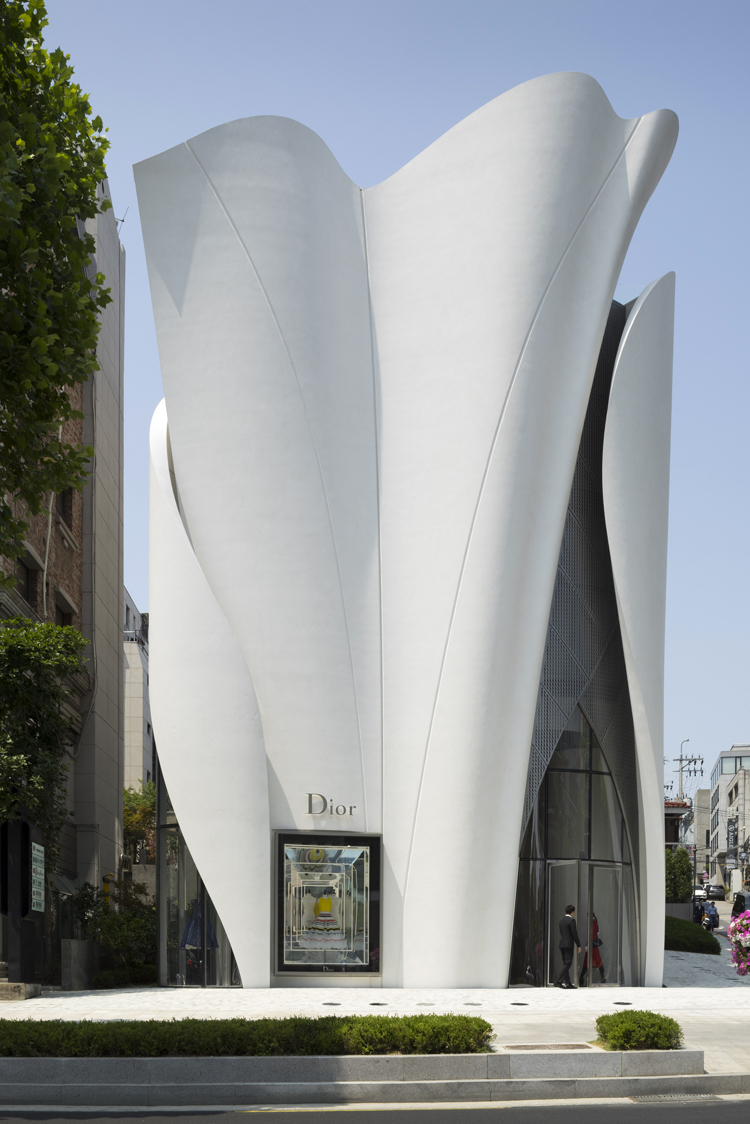 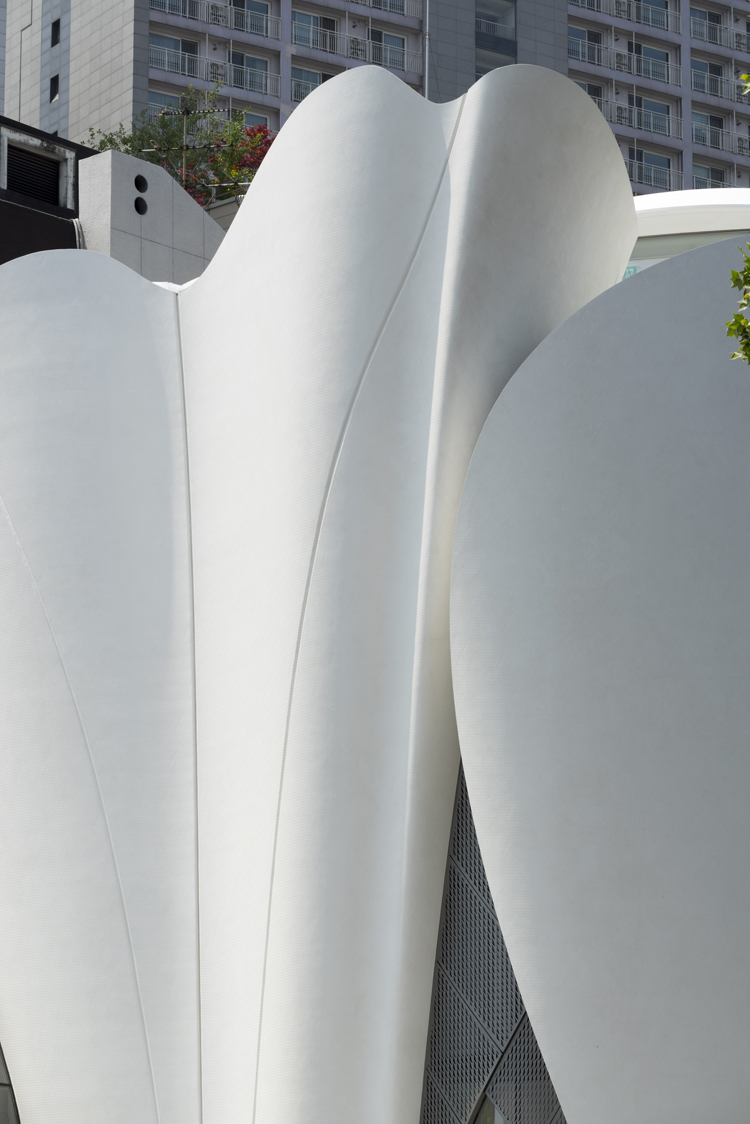 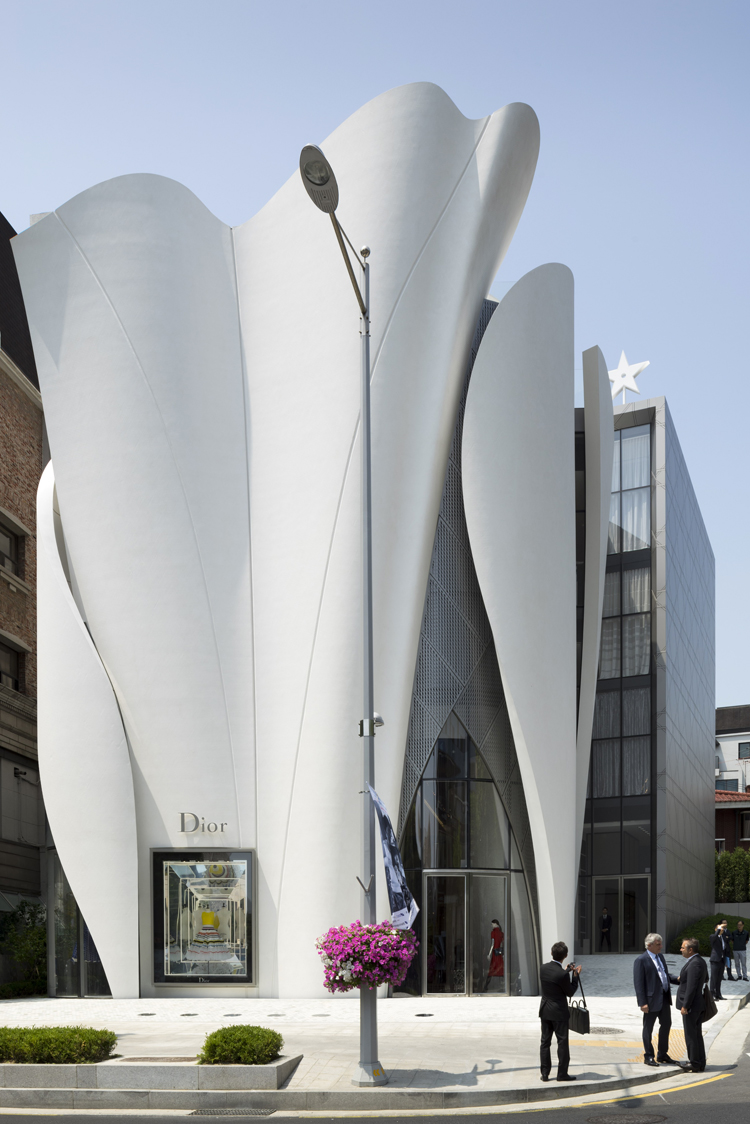 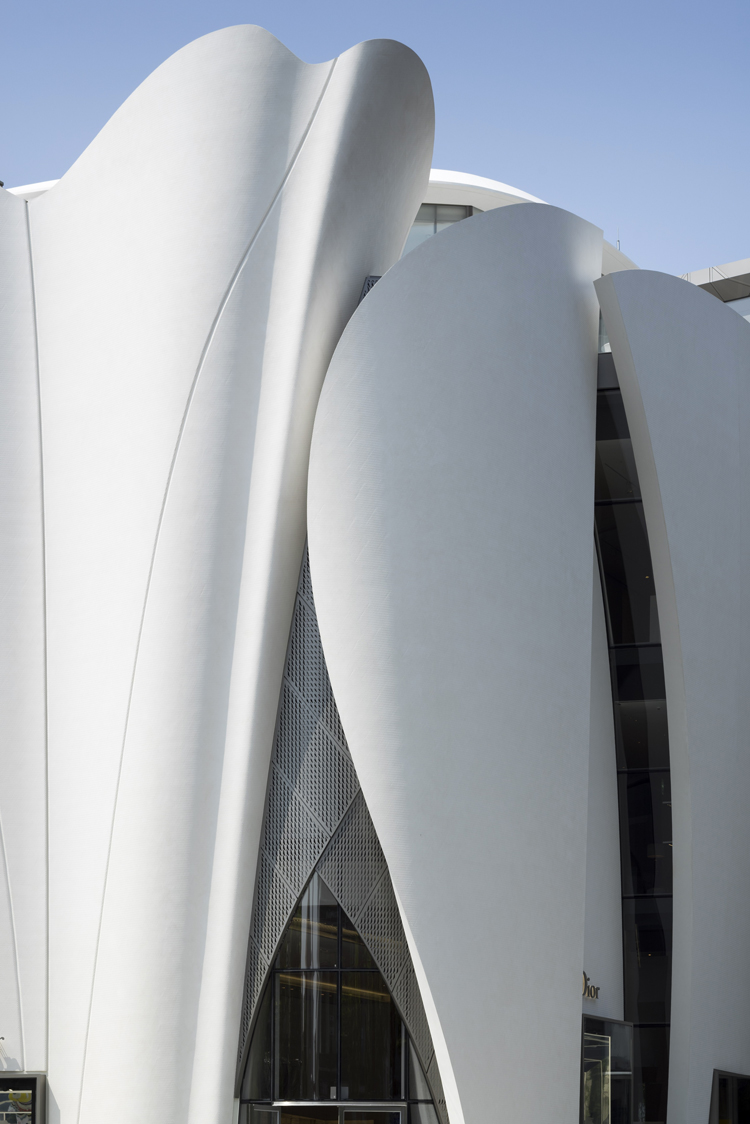 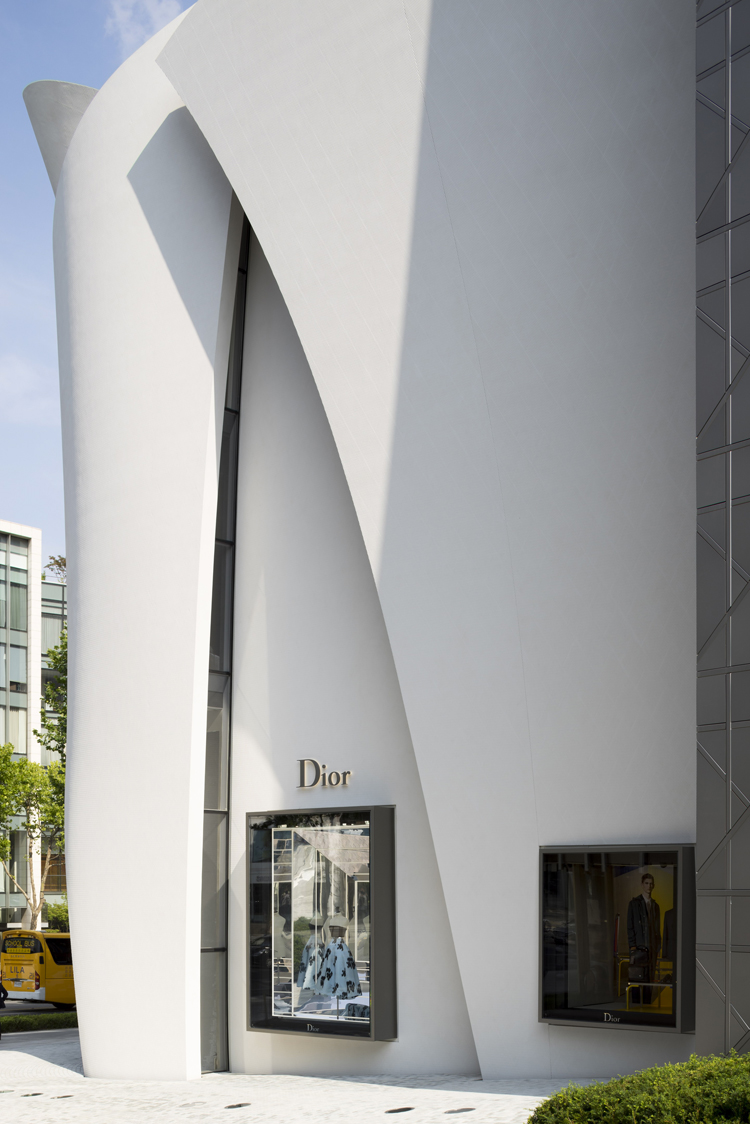 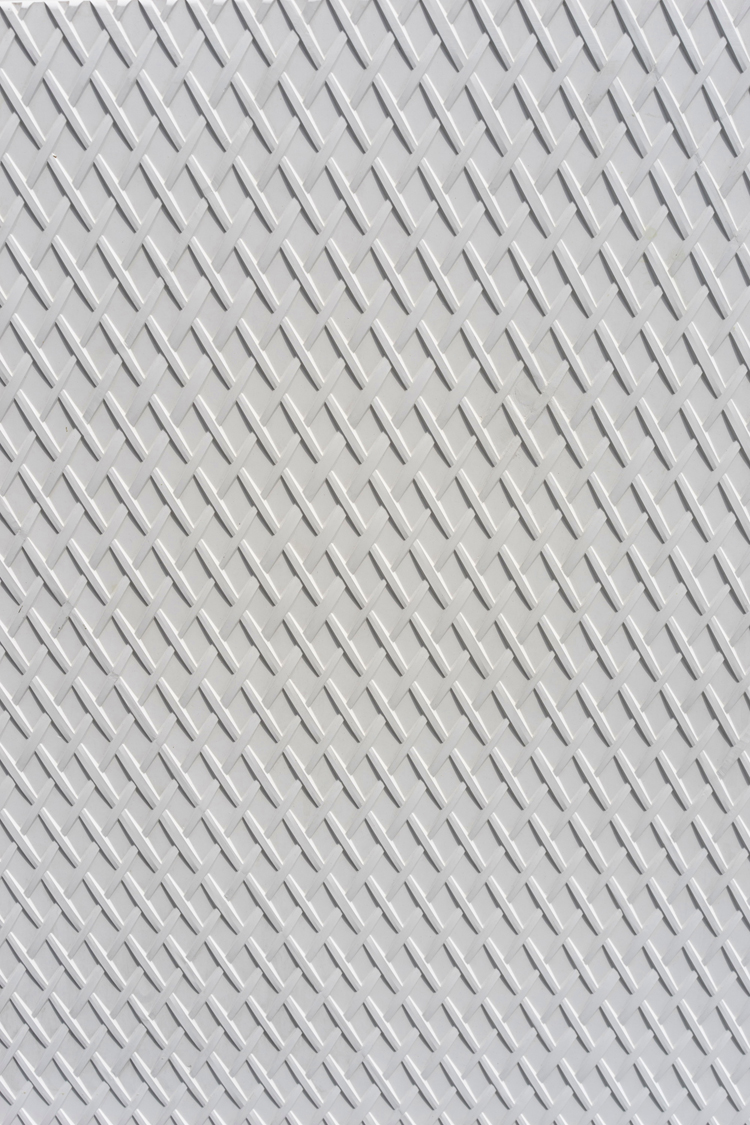 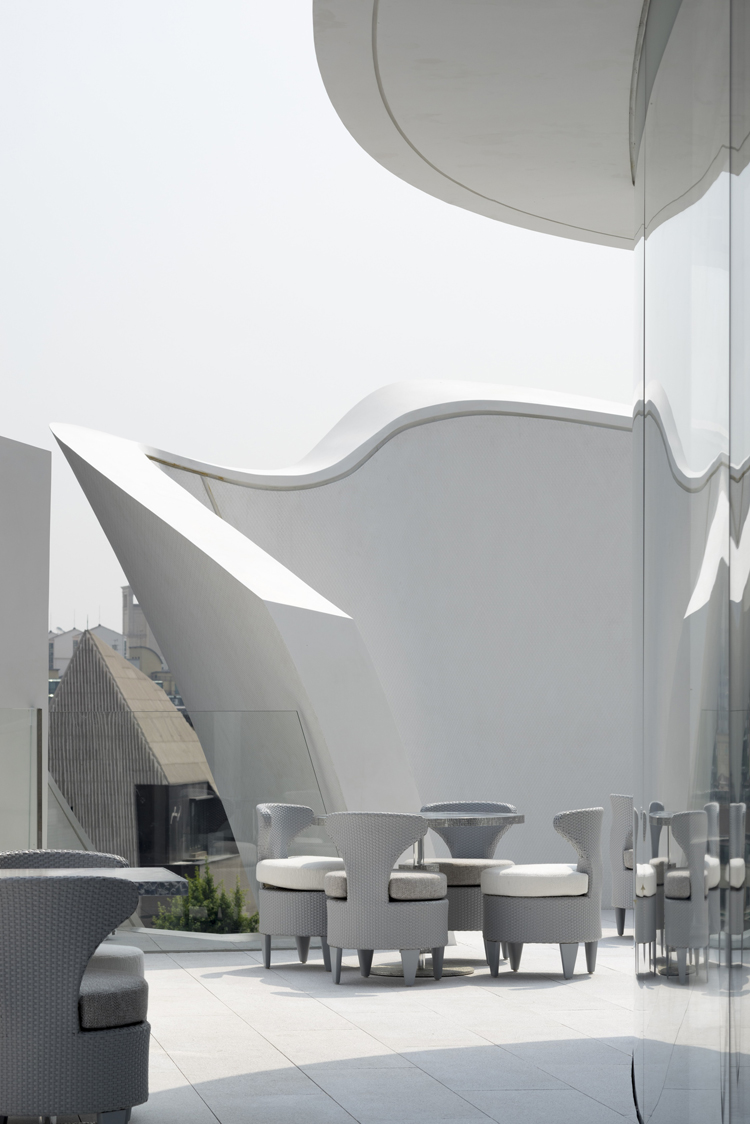 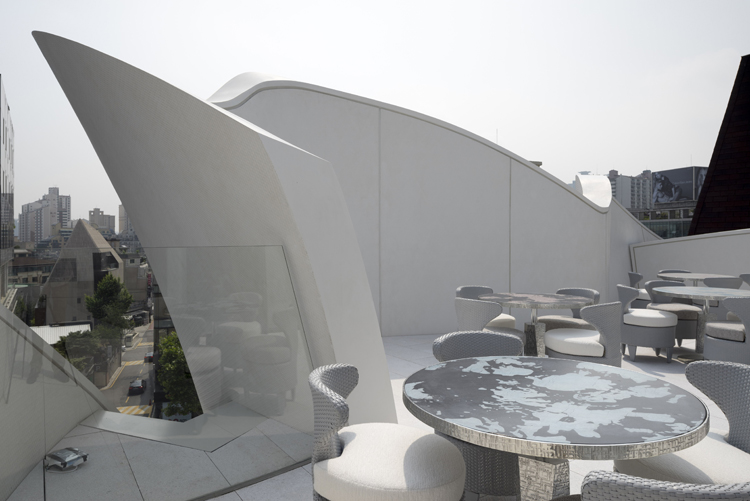 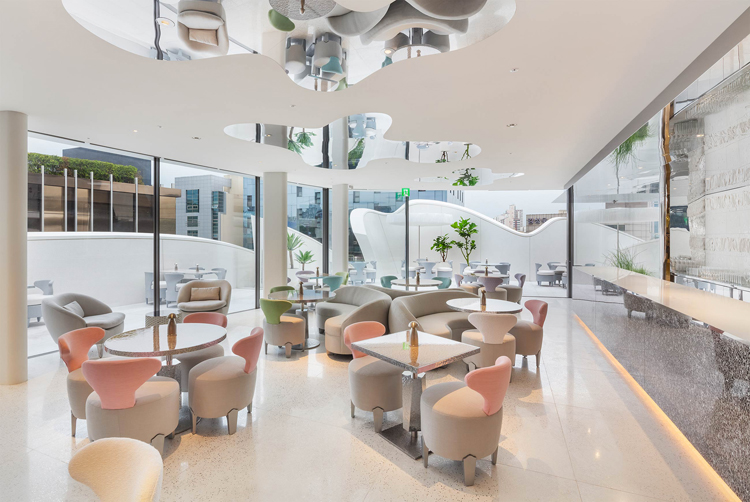 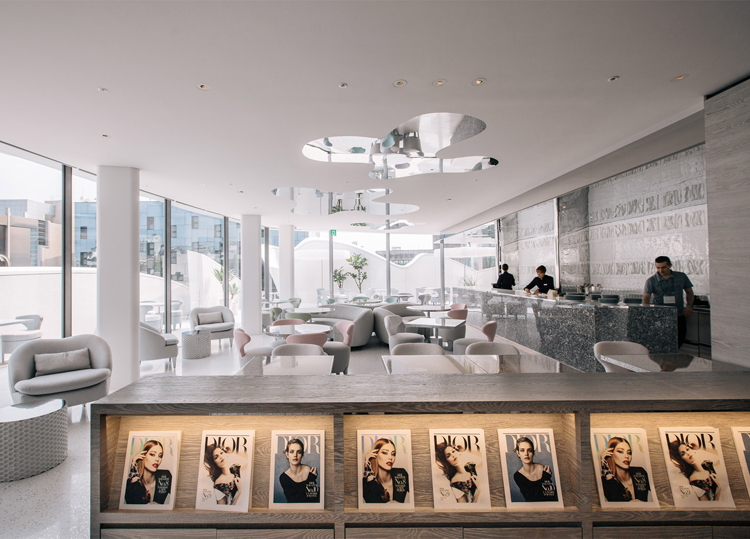 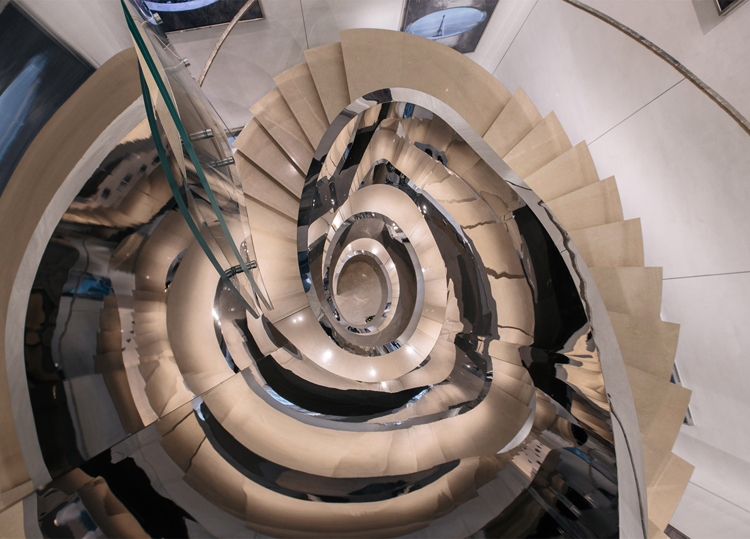 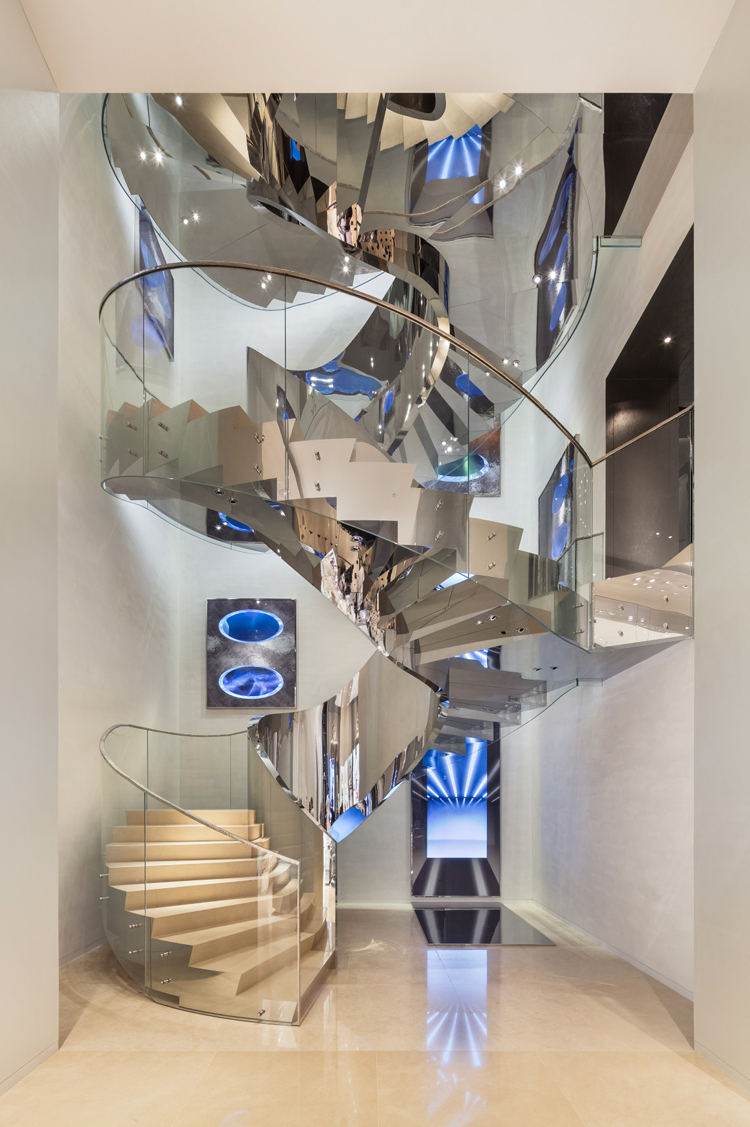 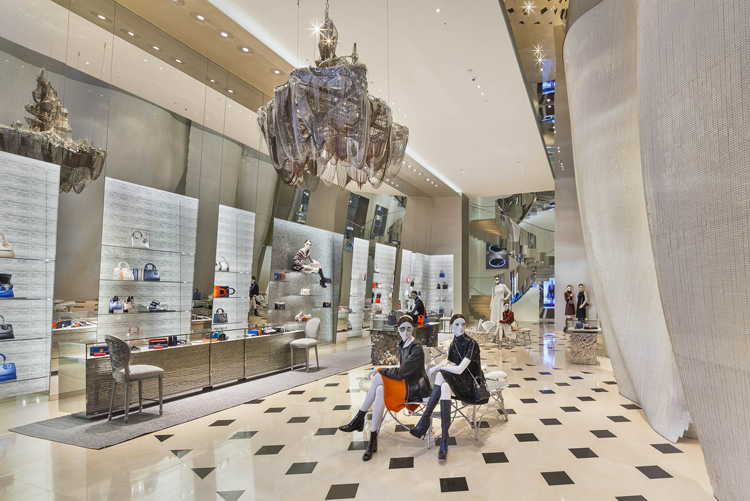 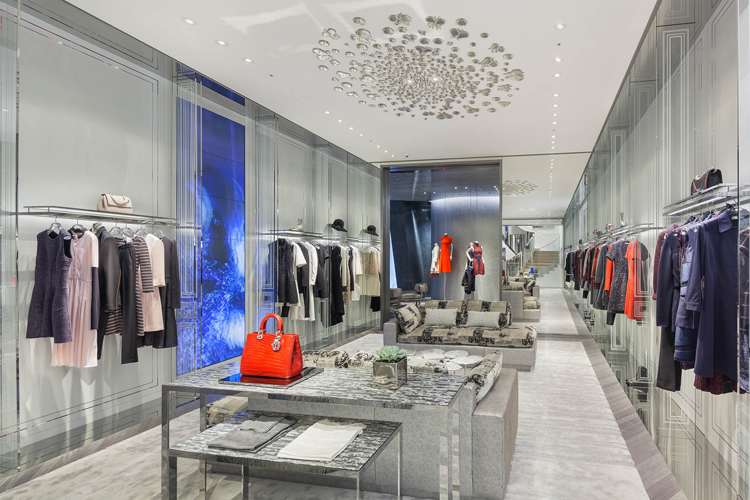 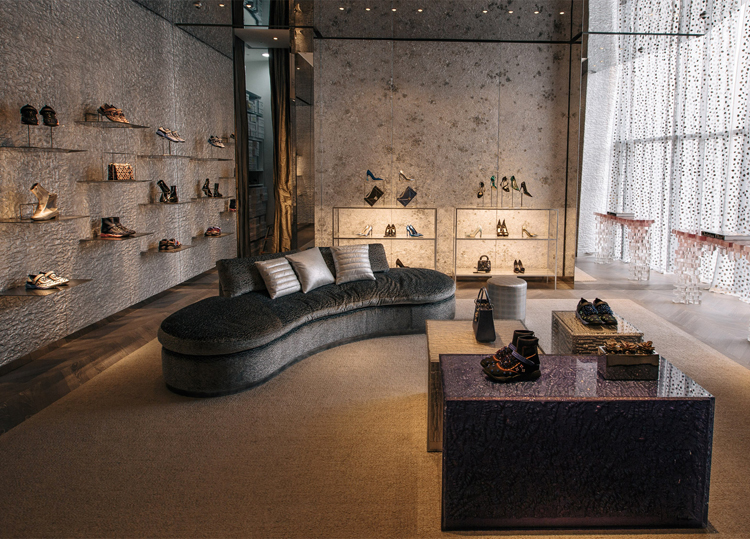 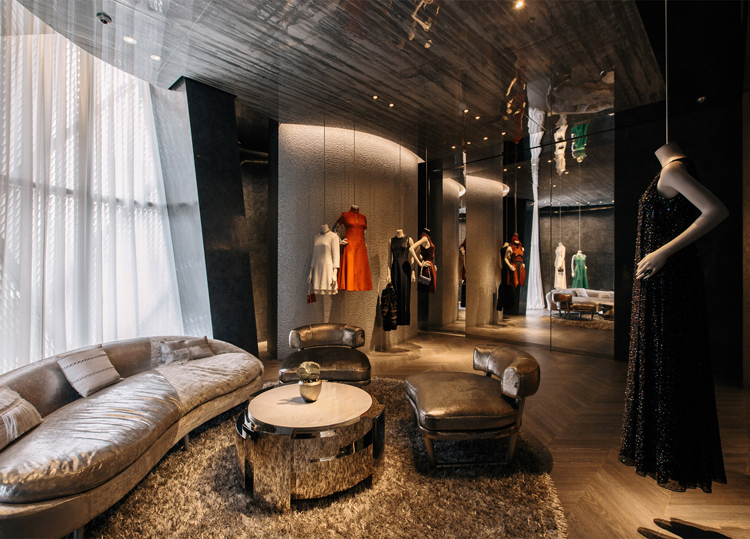 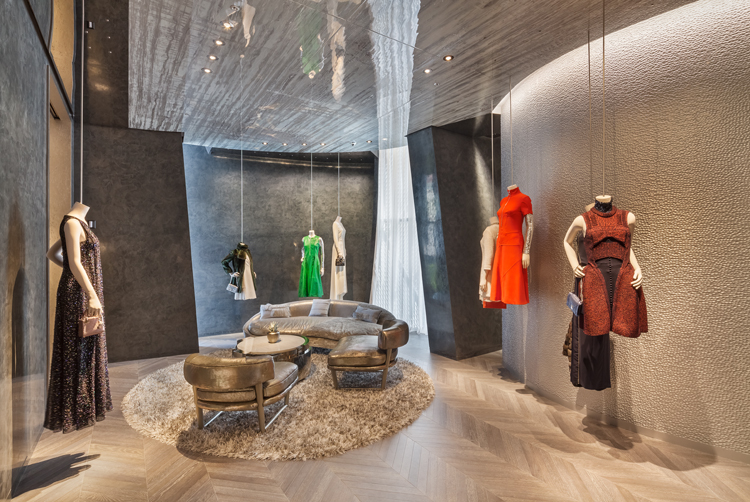 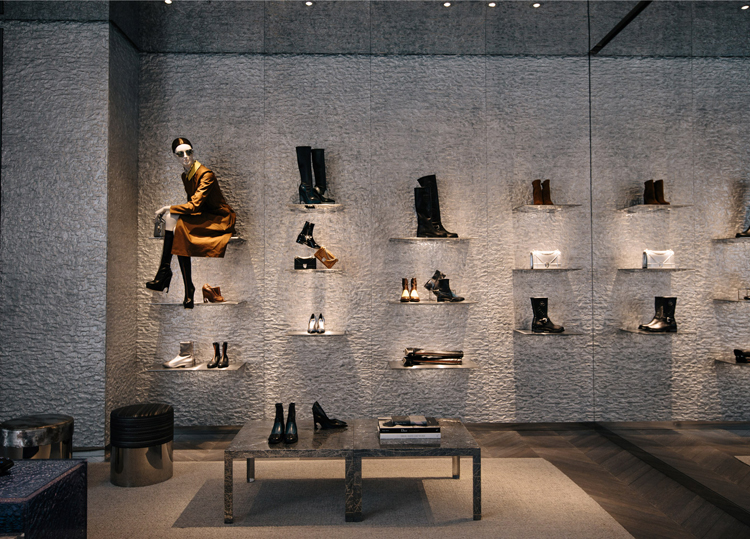 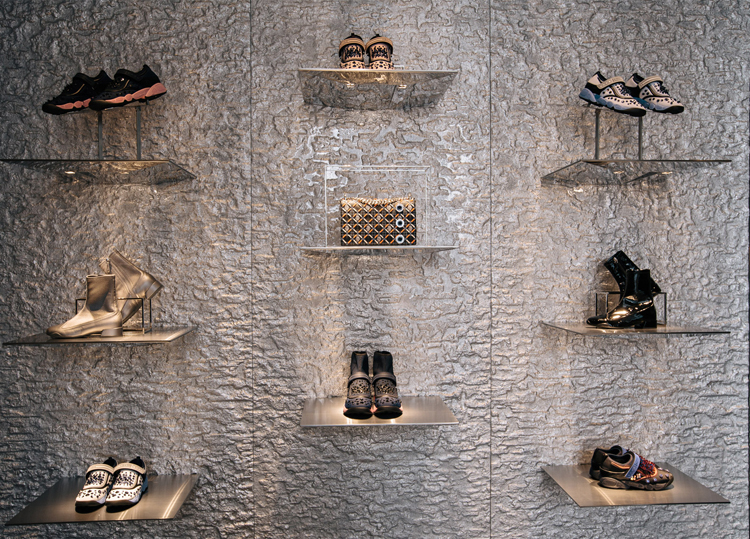 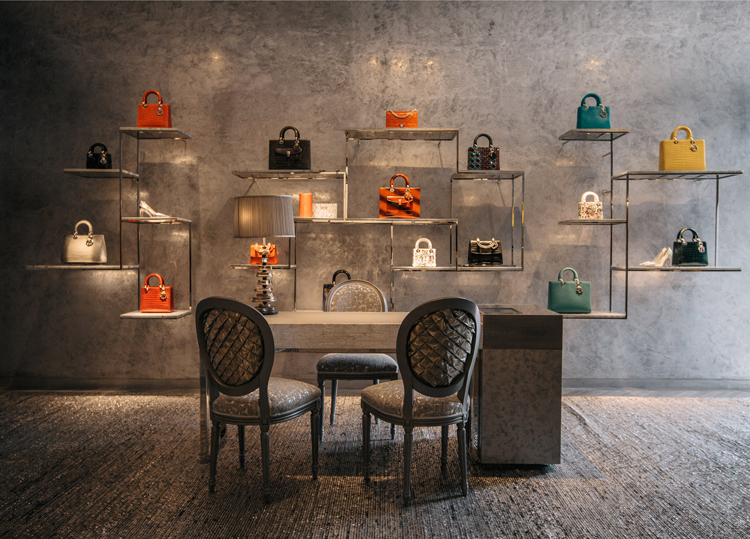 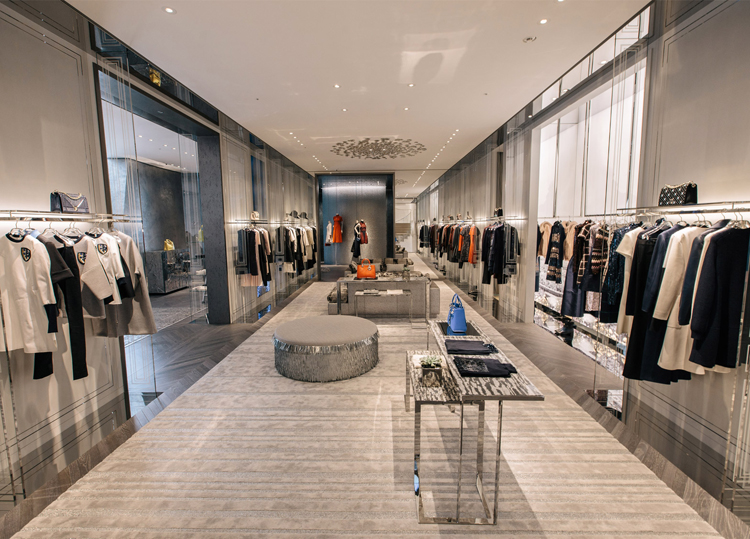 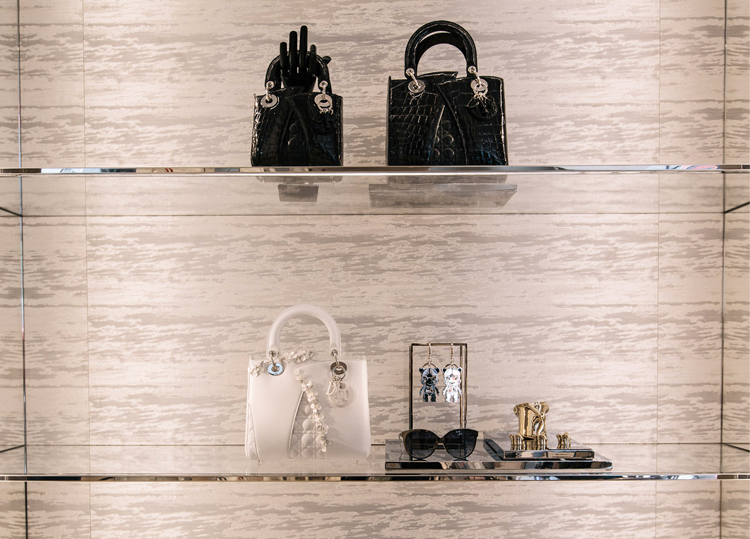 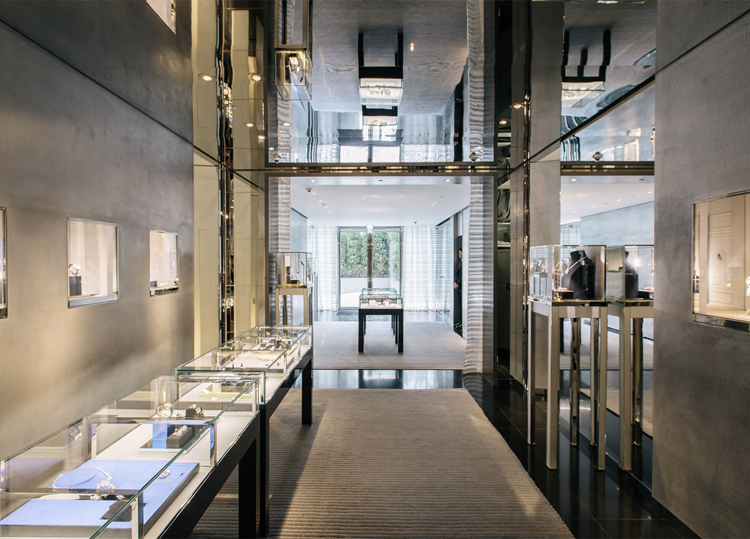 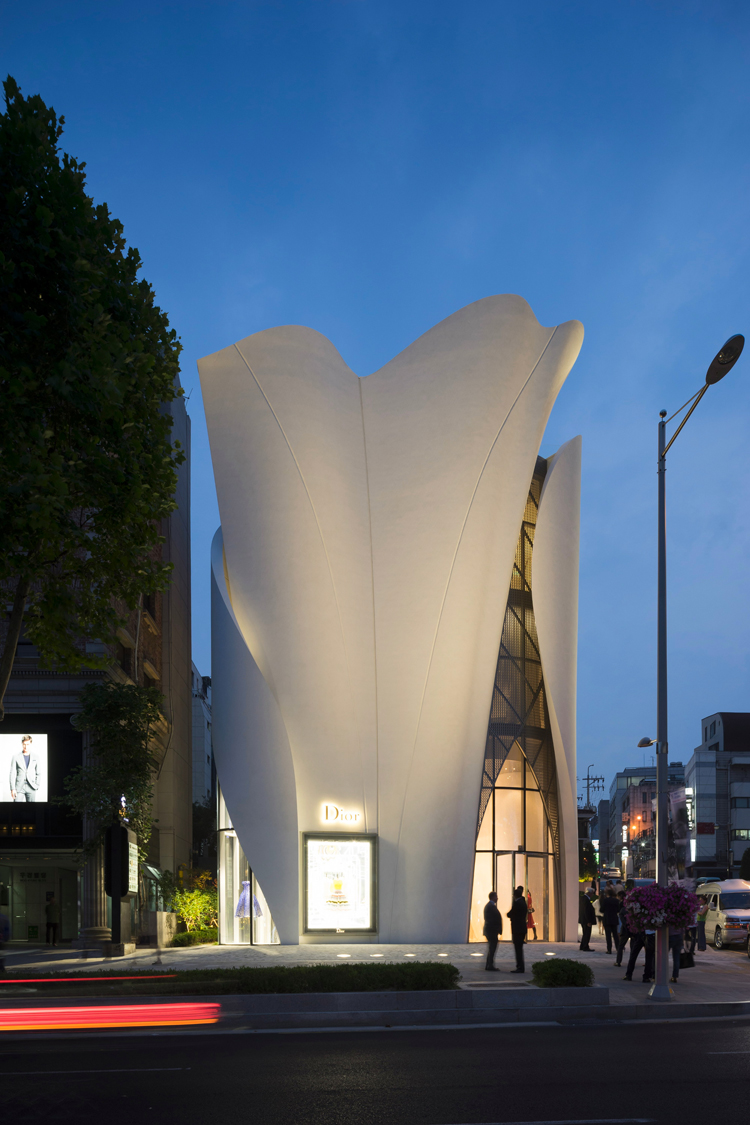