Nike has officially announced the Nike MAG with Power Laces. Almost 30 years ago, Nike was asked to collaborate on a movie that would feature scenes set in the futuristic world of 2015. The brand was challenged to imagine sneakers that would suit the inhabitants of the advanced era. The innovation team, which regularly looks into a crystal ball of athlete insight and technology to project the future of sport, took that task further.

The resulting Nike Mag reinvented the conventional lacing system, integrating it into an inimitable design that became an enduring beacon of popular culture. Today, Nike delivered a gift to Michael J. Fox introducing the innovation to the shoe’s first, and most celebrated, wearer. 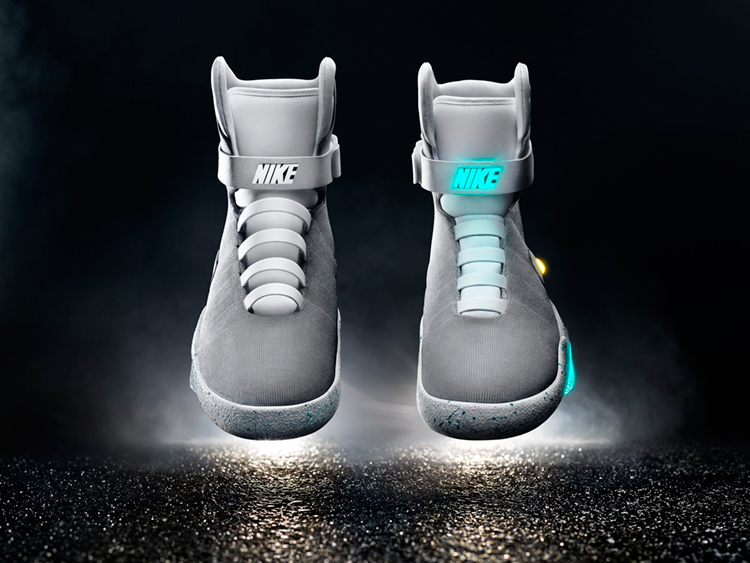 This innovation advances what was coined the Nike Mag’s “power laces,” combining the archetype invention with digital technology. The result is an individually responsive system that senses the wearer’s motion to provide adaptive on-demand comfort and support. But this is just the first iteration.

Nike continues to test this technology across multiple sports, incorporating feedback into future game-changing footwear with unprecedented performance features that have the potential to impact athletes around the world.

The 2015 Nike Mag will officially release in spring of 2016 via auction with all proceeds going to the Michael J. Fox Foundation for Parkinson’s Research.