The Baker Miller Pink Hoddie by Vollebak is a unique garment designed to put wearers into a state of relaxation, helping athletes to prepare for endurance events: its creators say it is “built for the high-pressure waiting periods in adventure sports and expeditions”.

The hoodie is named after the shade of pink which was proven to have a calming effect on prisoners in the US in a series of psychological experiments conducted between 1979 and 1987. Tests carried out by Alexander Schuss at a correctional facility in Seattle concluded that just 15 minutes of exposure to the colour was enough to suppress feelings of aggression or violent urges. 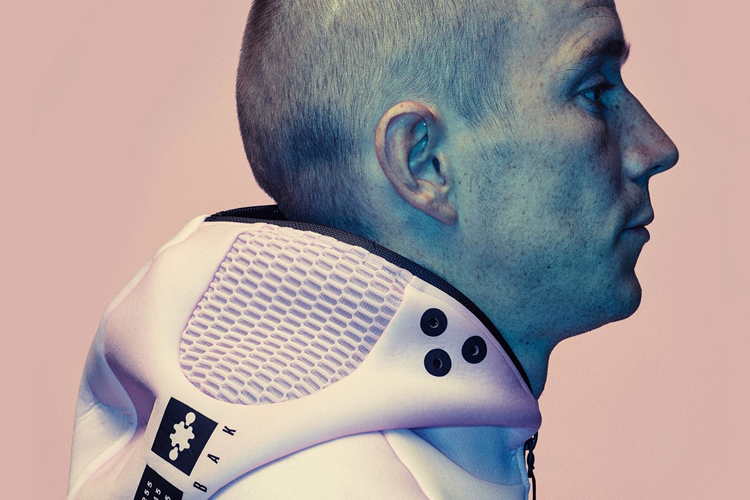 By wrapping wearers in this color, Vollebak claims to reduce pulse rate and slow the breathing. A pair of deep ‘sling’ pockets, meanwhile, encourage more efficient breathing through the diaphragm rather than the chest. “Sliding your hands into these pockets positions your forearms over the base of your stomach, so you can feel it rising and falling with each breath,” says Vollebak.

An inbuilt soundtrack, constructed from elements of pink noise, has been designed to further slow the heart rate and relax the wearer. The Baker Mille Pink Hoddie is on sale here for £220 (about $334 USD).

A separate hardcore jacket has also been launched by the company, who said it will survive falls of up to 120kmph over any surface. 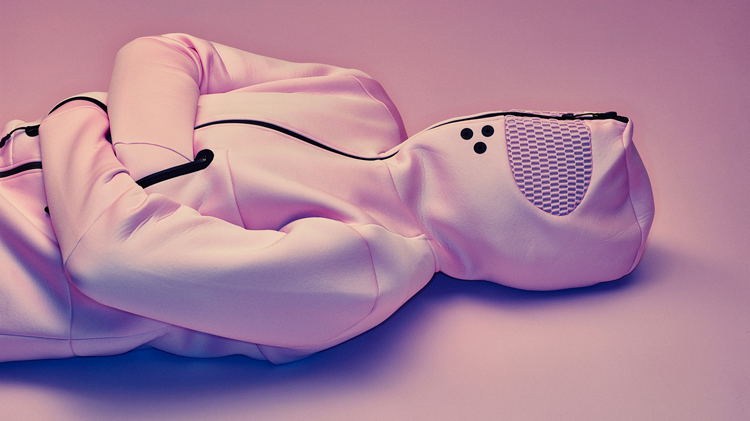 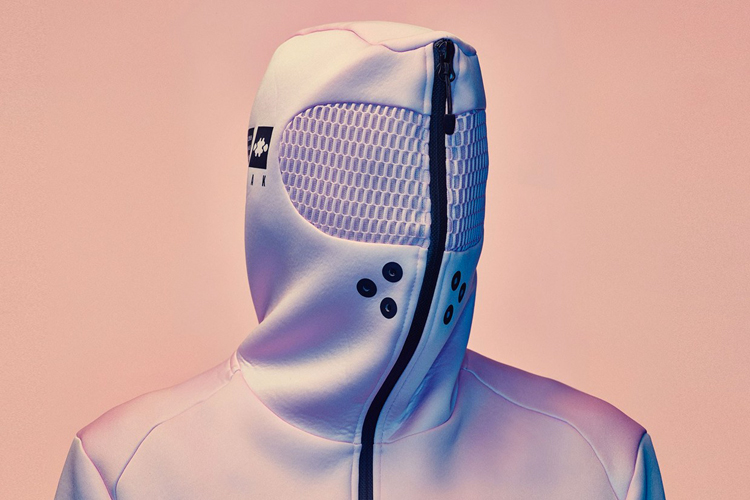 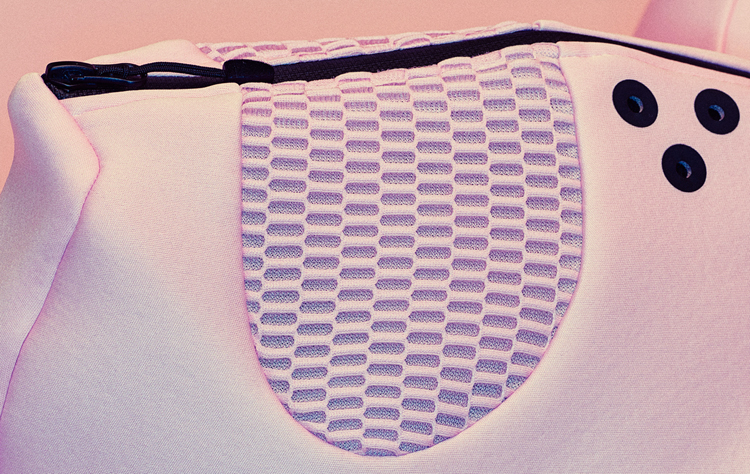 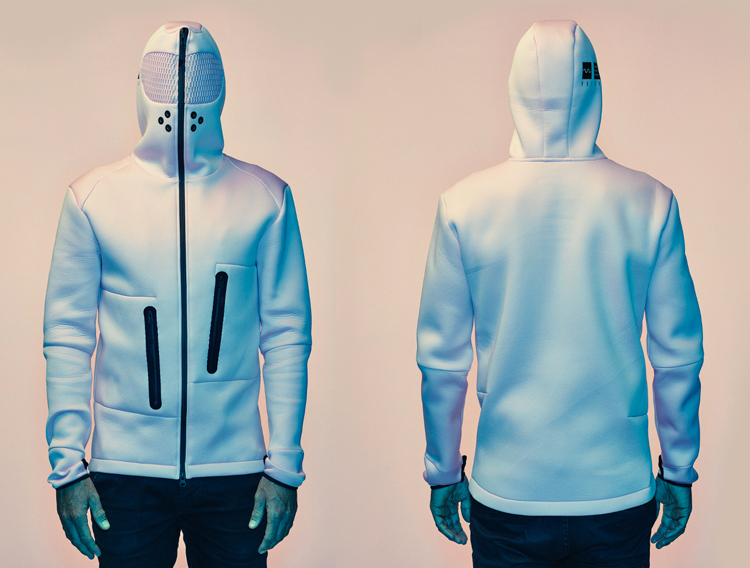 all images by Andy Lo Pò | courtesy of Vollebak