Japanese designer Tokujin Yoshioka has created transparent mannequins as part of a major exhibition of work by fashion designer Issey Miyake, which opens today in Tokyo.

The creation of Issey Miyake which stems from the idea of “a piece of cloth” has started in the 1970s and has created the future. A simple piece of cloth is transformed into a beautiful form as it is worn by human body, which one could not even imagine the original form. In the two exhibition spaces of “The Work of Miyake Issey” at The National Art Center, Tokyo, Tokujin Yoshioka designed bodies – the most important factor of his design. 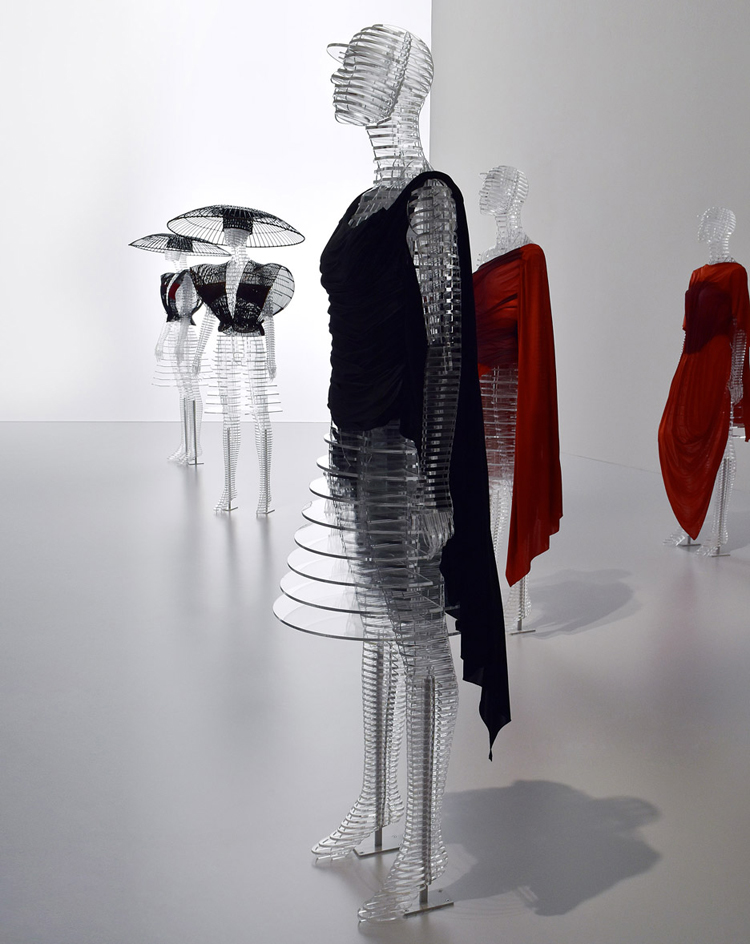 In the room which showcases the beginning of Issey Miyake’s creation in the 1970s, the bodies are made with paper. In the other room where Body Works, which Issey Miyake created with the theme of relation to human body in the 1980s, are exhibited, Tokujin Yoshioka displays the installation of transparent acrylic bodies which symbolize the future. 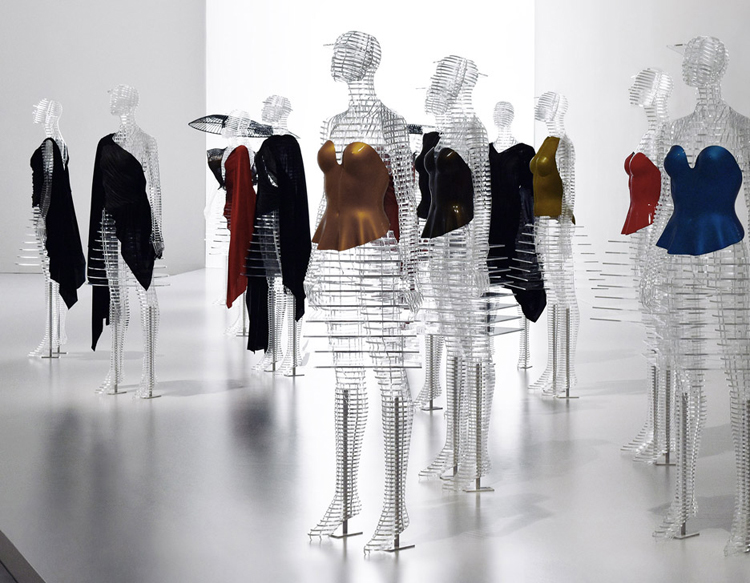 As if it overlaps Issey Miyake’s design principle “a piece of cloth”, each body has a grid structure composed of 365 parts cut out from a piece of board with laser cutting technique.

The Work of Miyake Issey runs from 16 March to 13 June 2016 at Tokyo’s National Art Center. 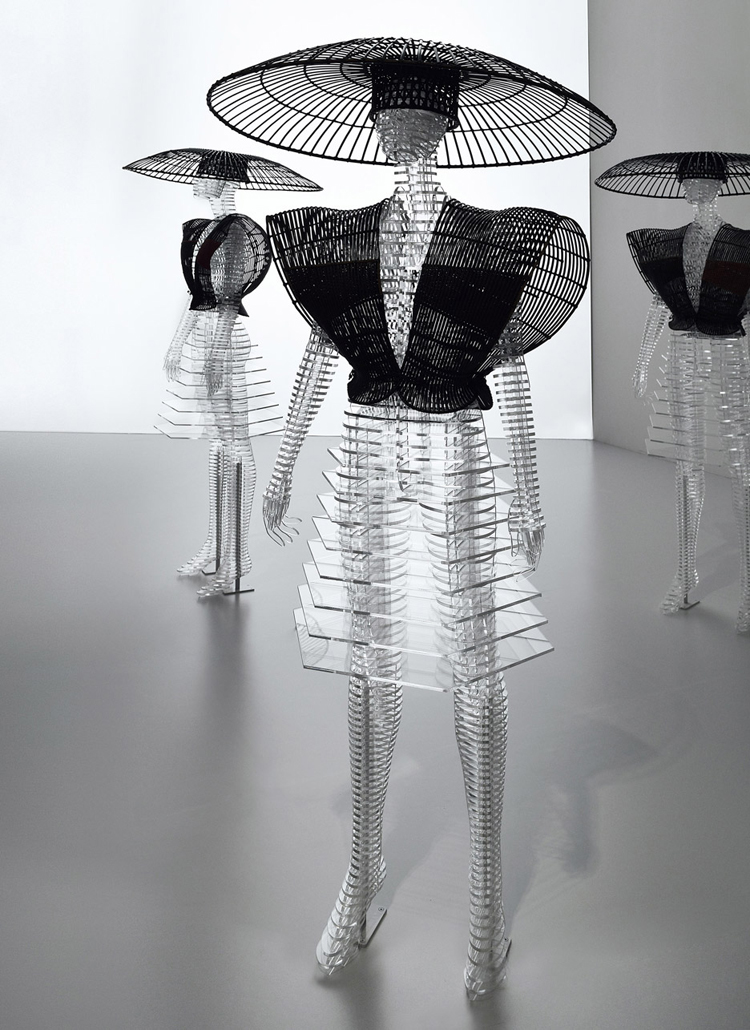 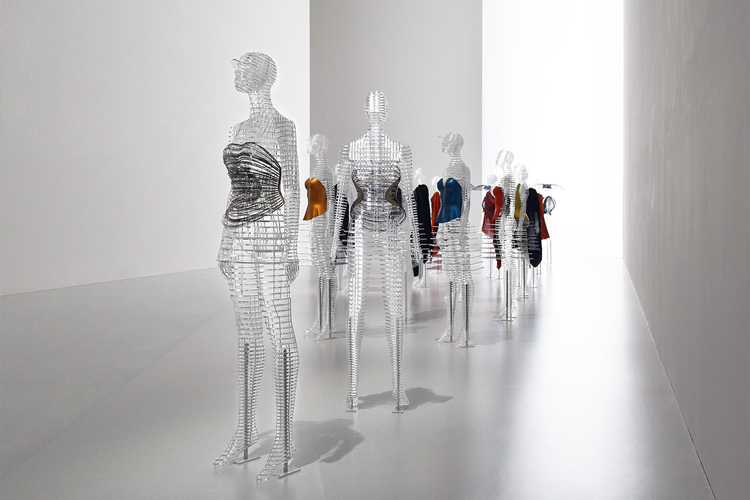 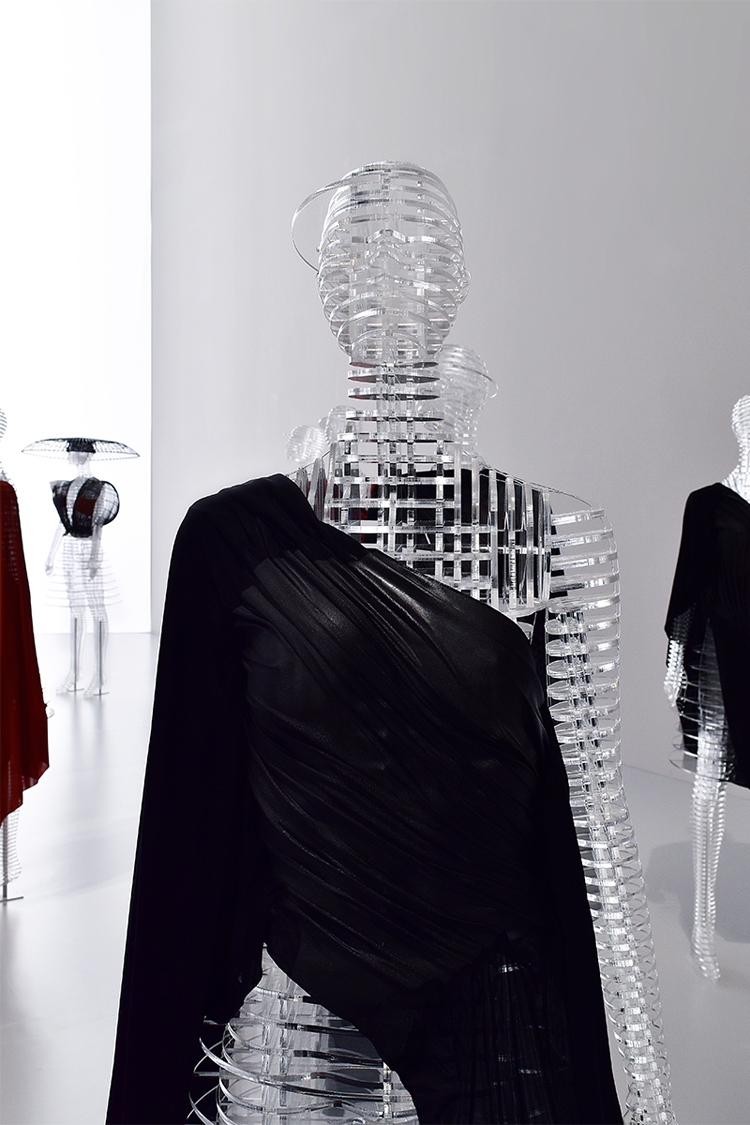 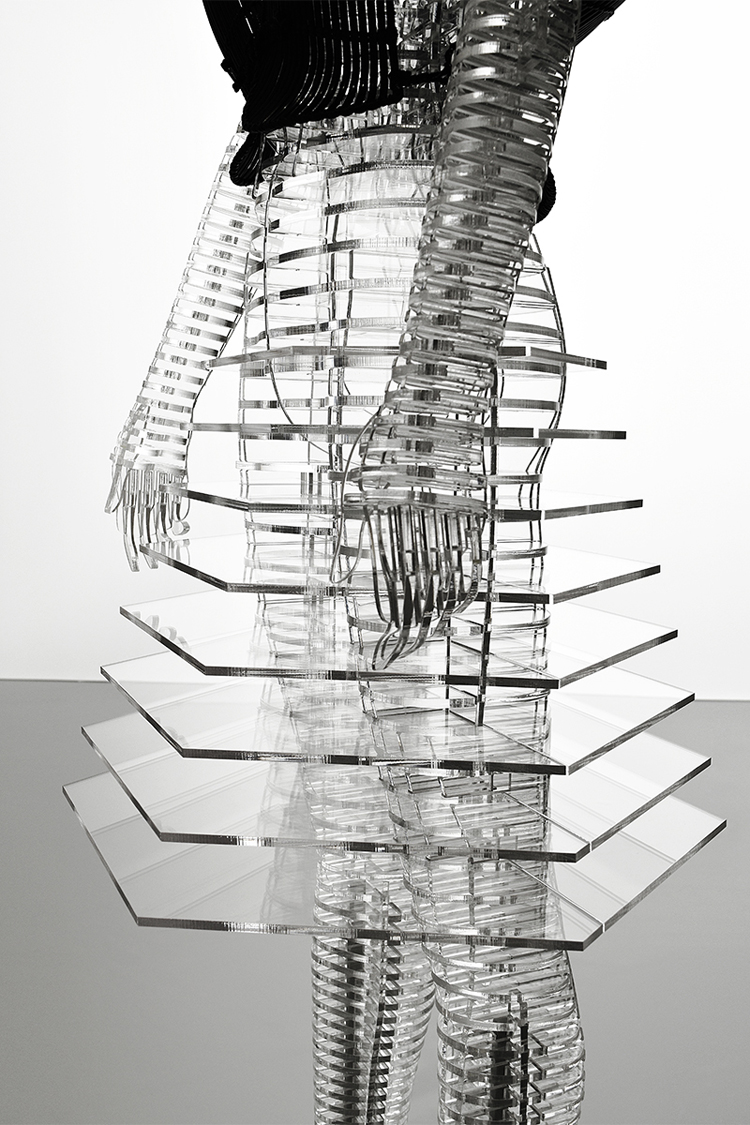 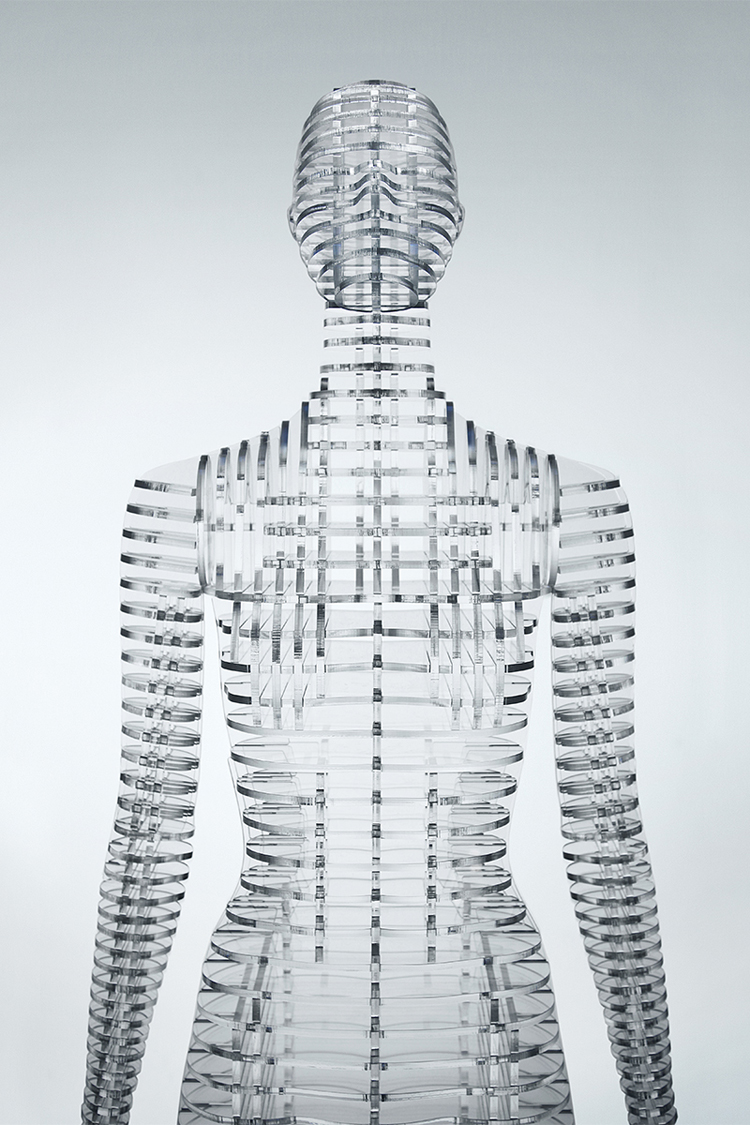 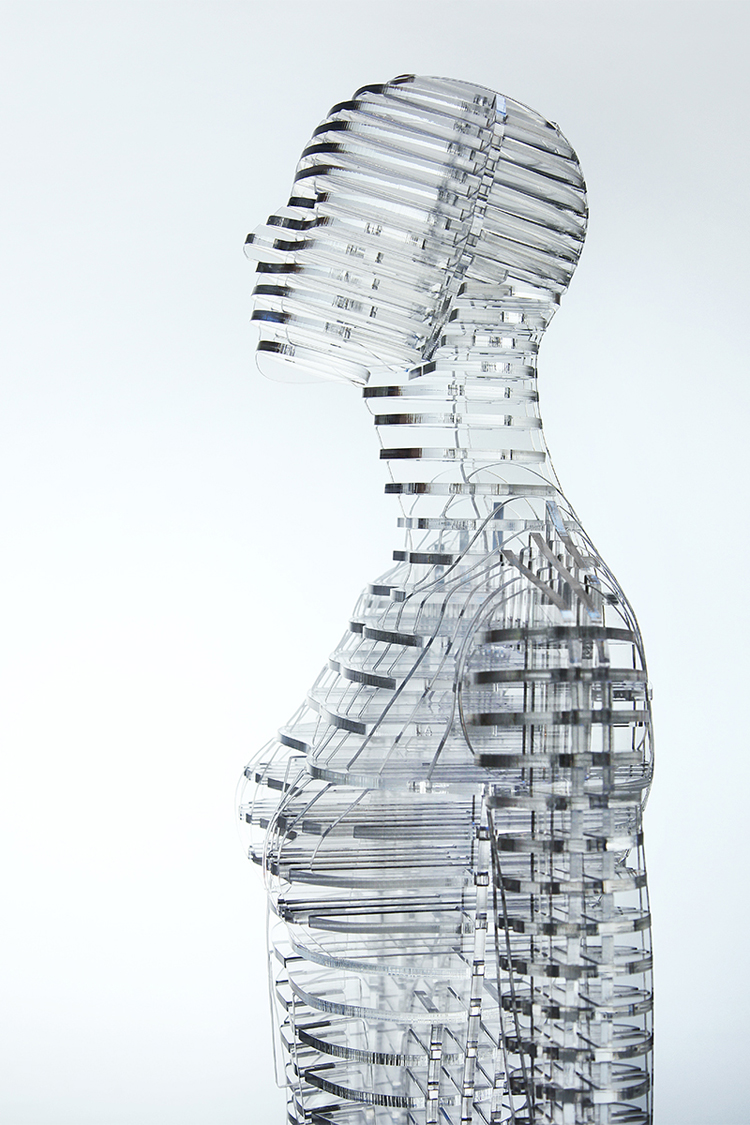 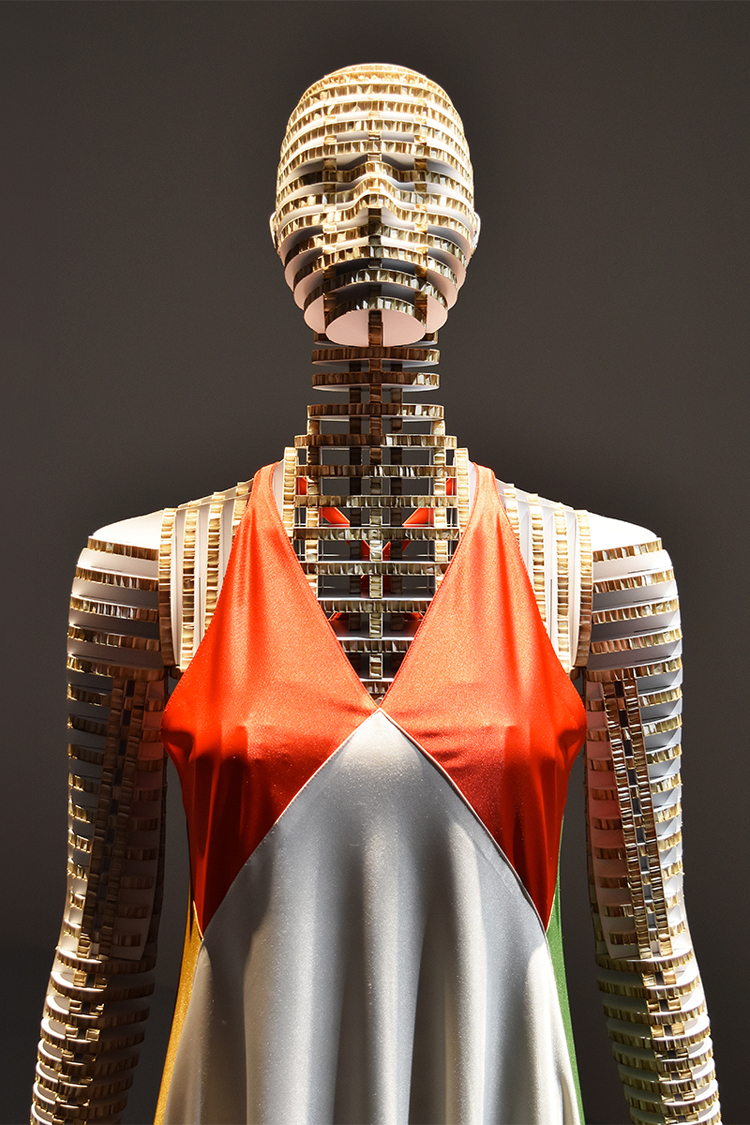 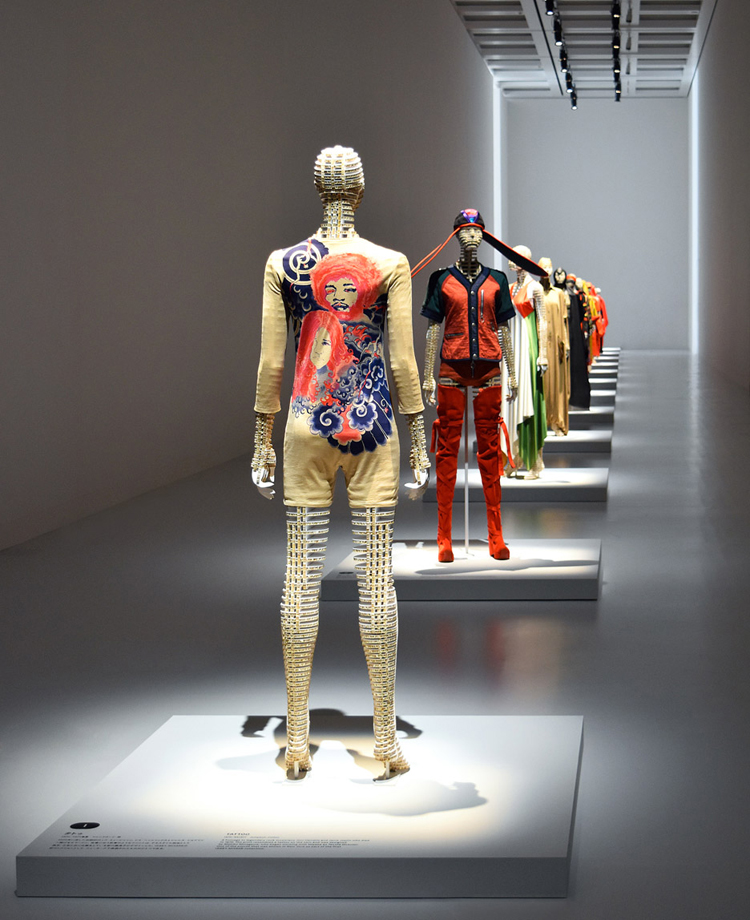 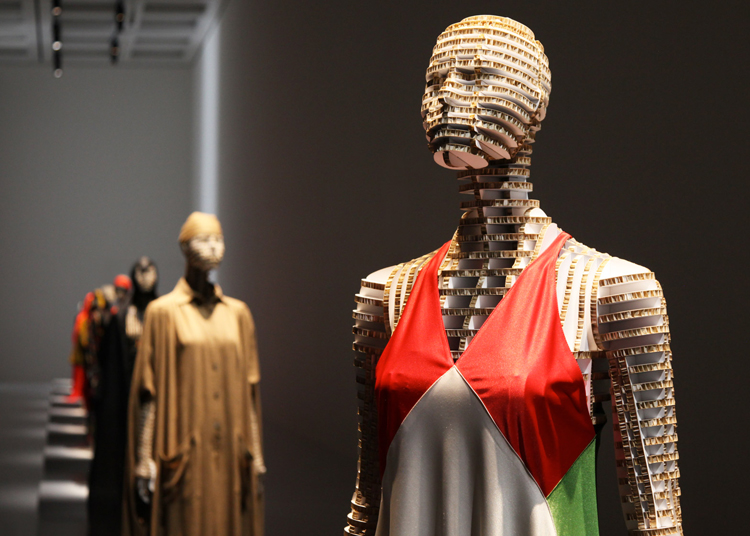 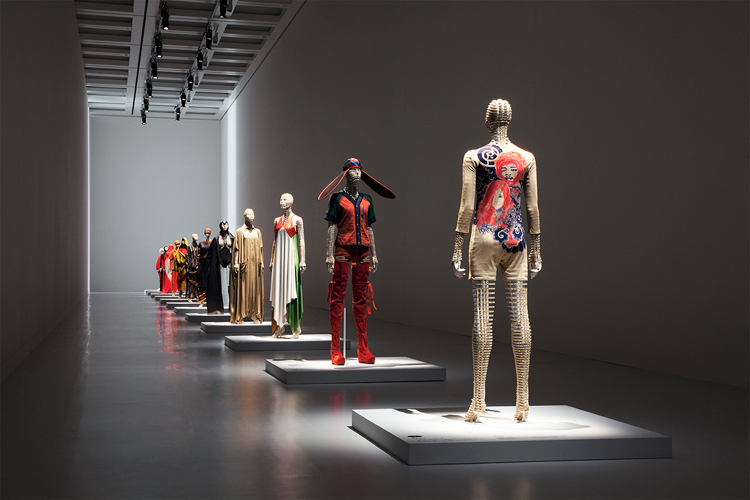 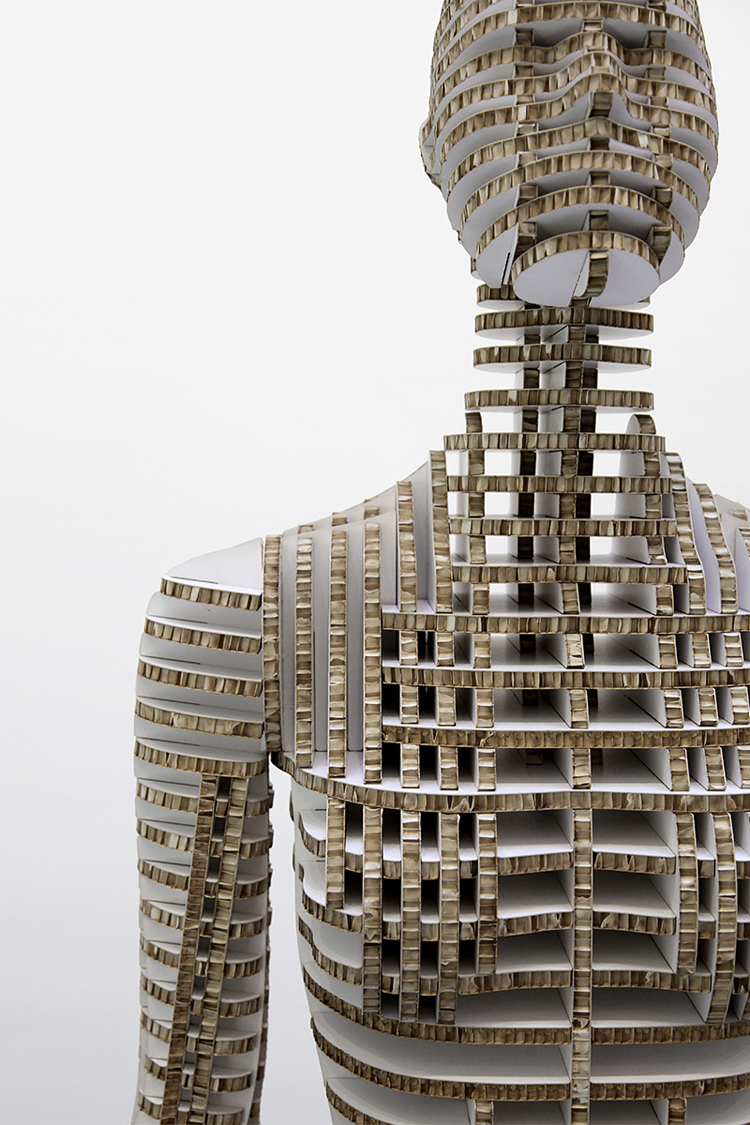 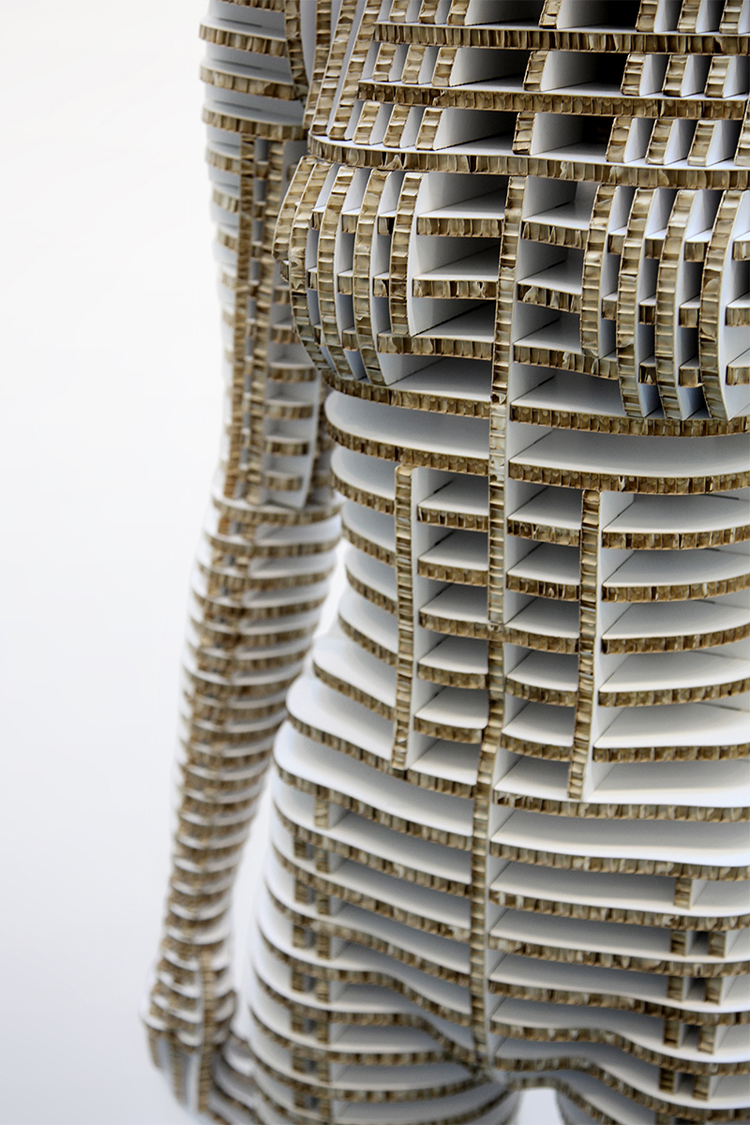 all images courtesy of Tokujin Yoshioka