Aesop has recently opened its eight German signature store and its first in Hannover, on Luisenstraße. Created in collaboration with Munich-based architects einszu33 – who have also worked on Aesop spaces in Munich and Berlin – the design for this intimate 35-square metre space was influenced primarily by a milestone of 1920s German design, the Frankfurt Kitchen.

Finished with cool, functional aluminium, the demonstration sink and point-of-sale counter provide a striking contrast to the tiling, blue shelving and cream-toned walls, yet manage to further convey a sense of intimacy. 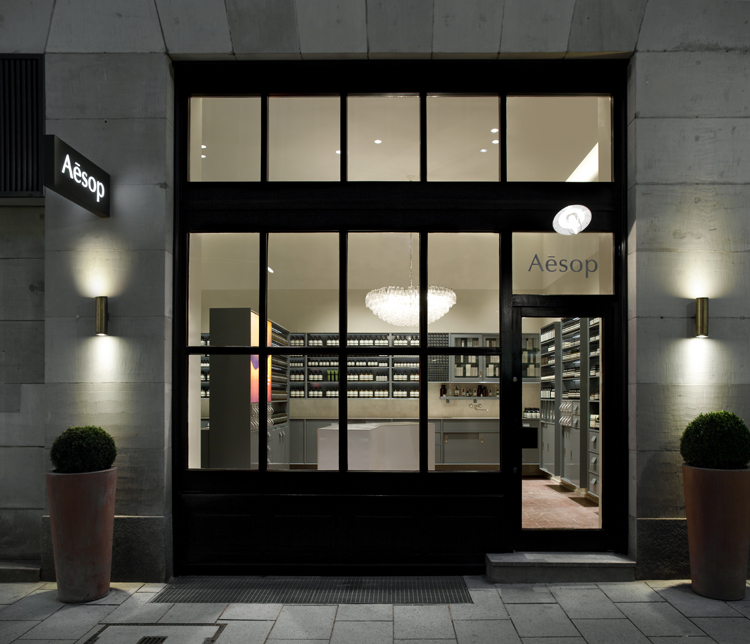 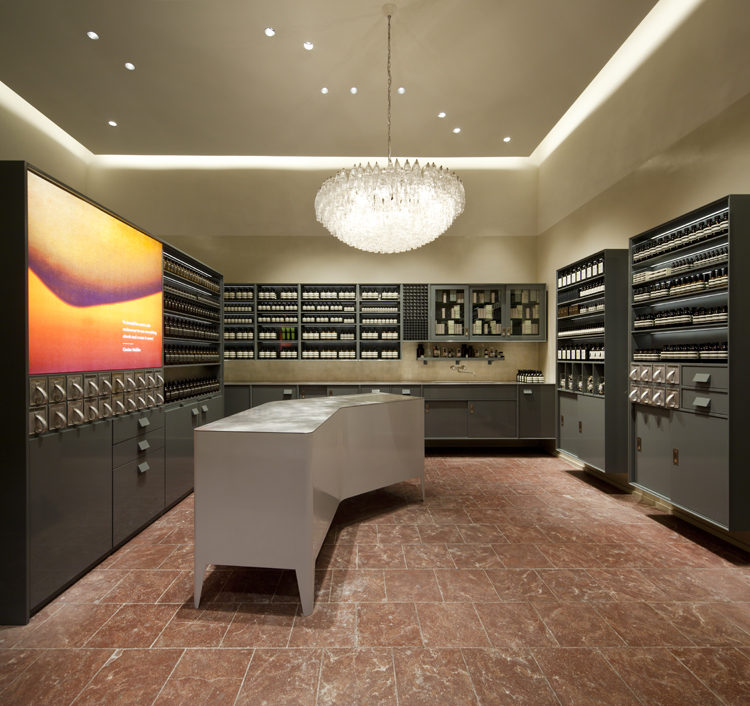 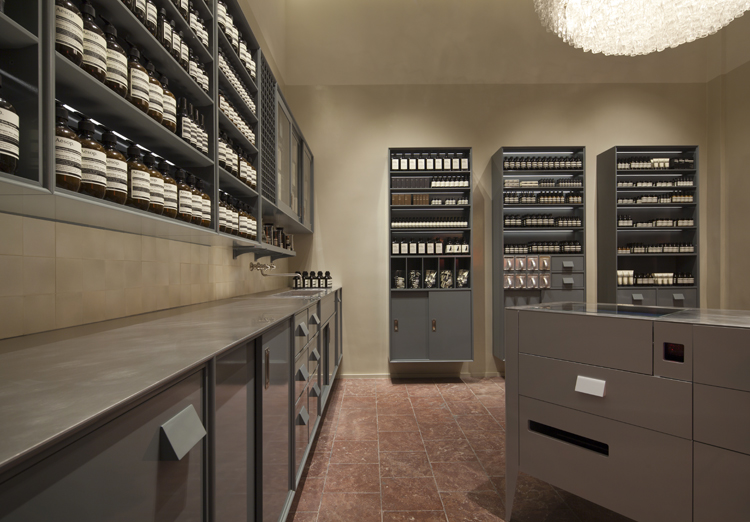 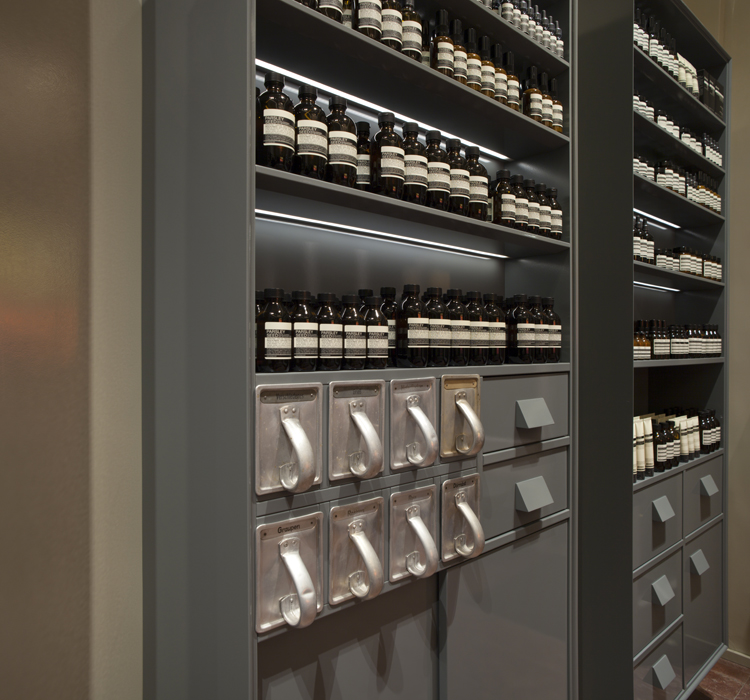 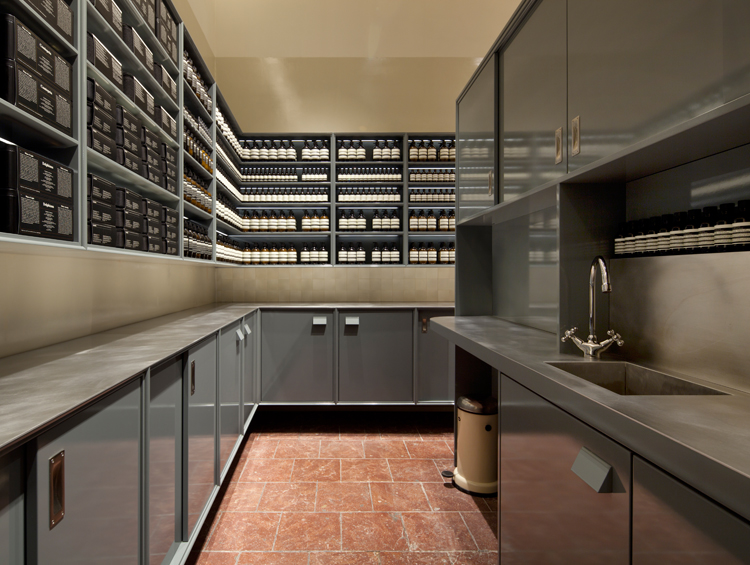 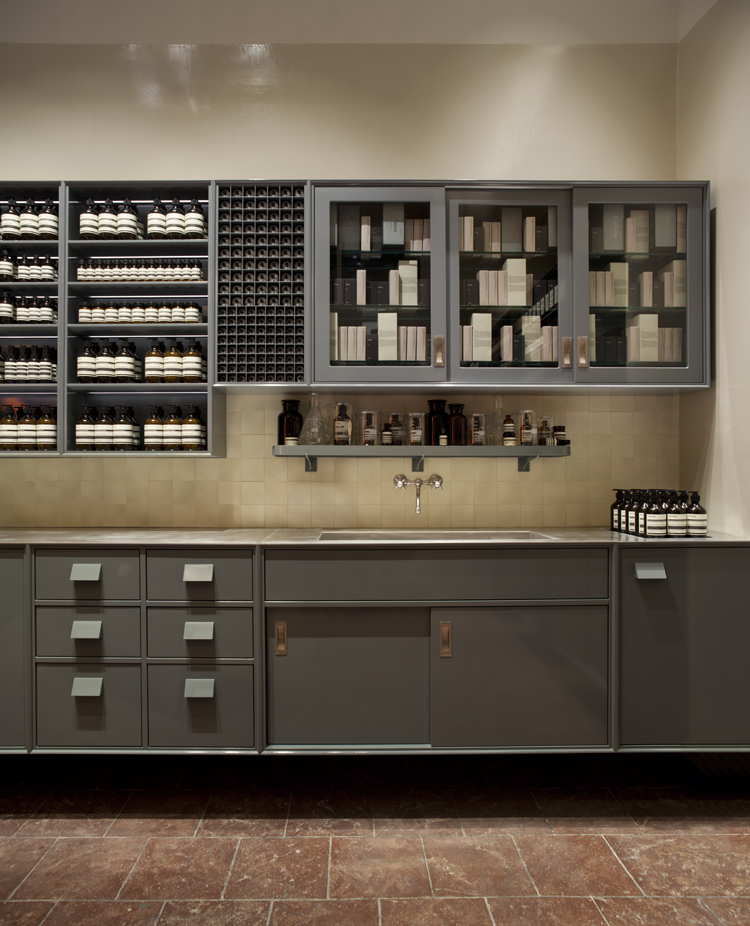 all images courtesy of einszu33