At the upcoming 2017 Milan Design Week, nendo will unveil an exciting collaboration, called Objectextile, with German luxury fashion house Jil Sander. For this project the design team of nendo has created a series of textile pattern by taking a photograph of an object mounted inside a square frame, with which Jil Sander’s creative team has then created a fashion item.

Since all the objects are pure white, the shadows and the appearance can change drastically with a slight alteration in the setting of lighting or depth of field. Hence the fixing work of the object and the shooting menu were carried out interchangeably, such as distorting the object in proportion to the distortion of the outer periphery of the lens, or instead changing the shooting method according to the object. 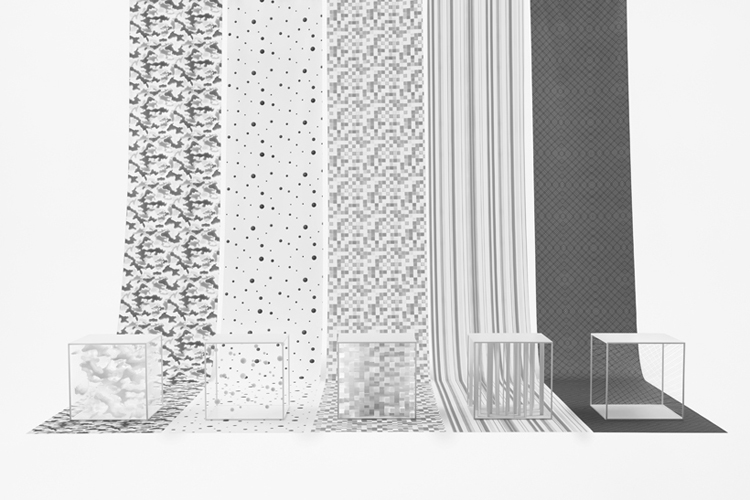 Subsequently, textile patterns were narrowed down to 5 types, which are check patterns made with tightly woven thread, dot patterns expressed by the depth of 82 pieces of floating cones, grid patterns made up of the shadows of an aggregation of cubes,camouflage patterns created by the differences in the frost and clear finishes of transparent acrylic sheeting, and stripe patterns originated by a group of flat shaped pillars. A design that was formed by converting 3 dimensional into 2 dimensional and then converting back into 3 dimensional again. 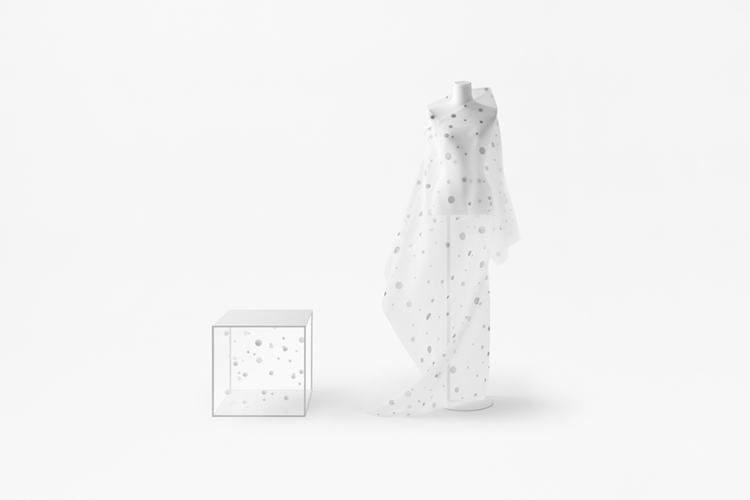 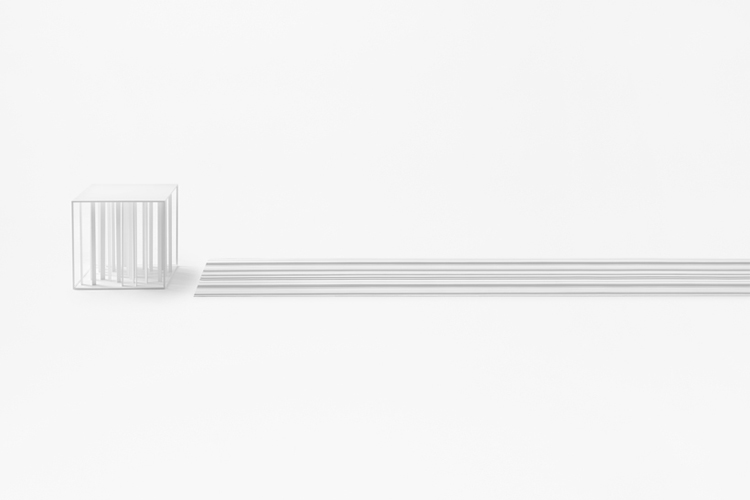 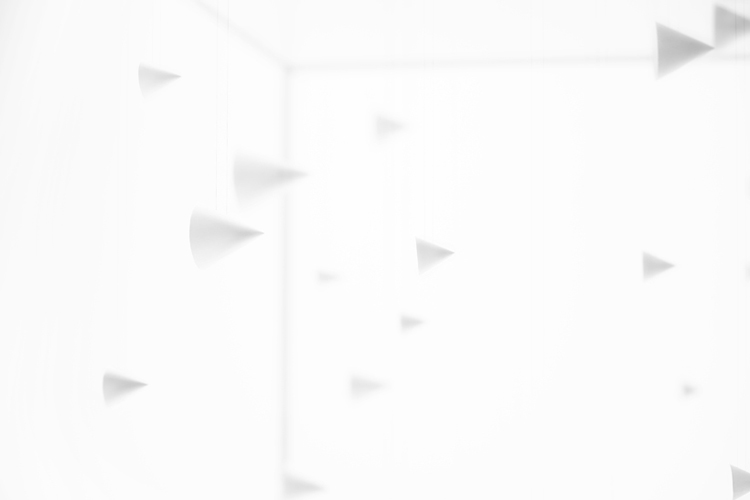 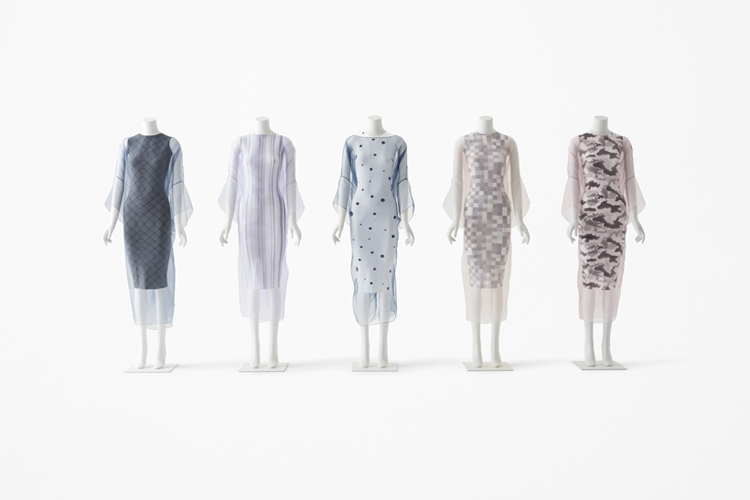 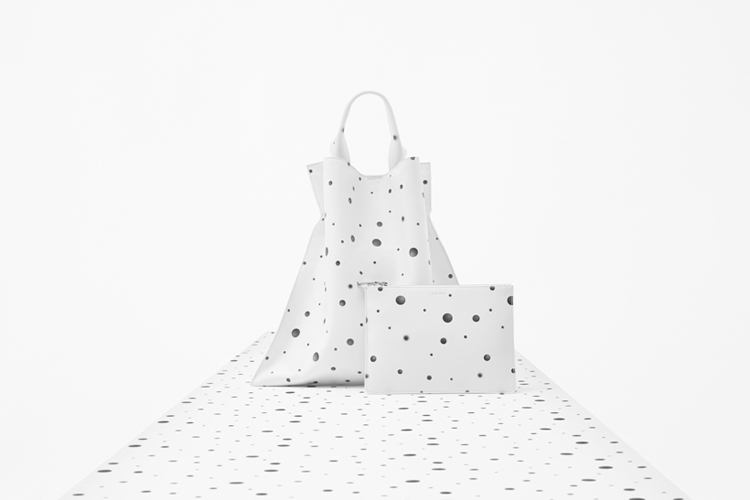 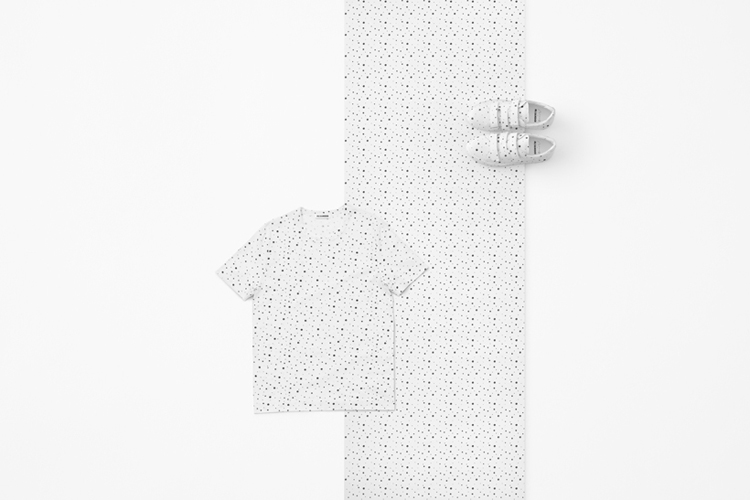