“Our initial concept was centred on the location, the site has fantastic views across Sydney Harbour and the rest of the precinct,” says project interior designer Kate Archibald. “We wanted to create a rooftop haven that would accommodate a variety of patrons and provide respite from its urban surrounds.” 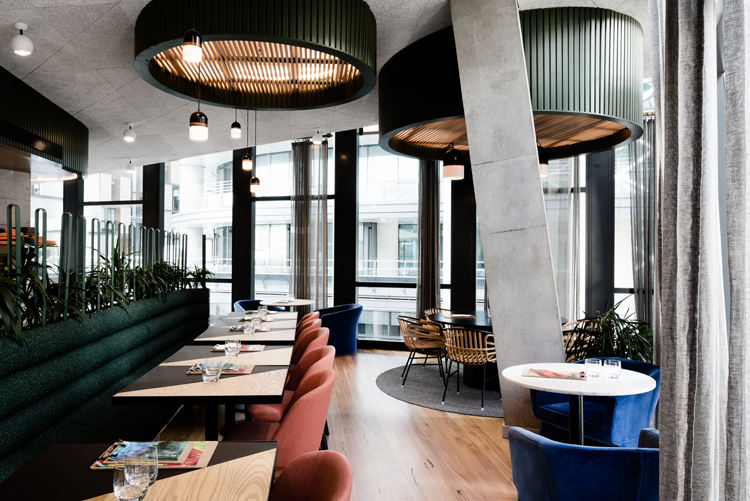 The brief called for a design that would reflect the sophistication of Untied’s contemporary Australian menu without taking itself too seriously. The result is a spirited design that tempers its tropical influences with accents borrowed from residential settings.

“We wanted to recreate the feeling of walking into a house party, stripping back the formality and focusing on achieving a sense of intimacy and vibrancy through design,” says Archibald. 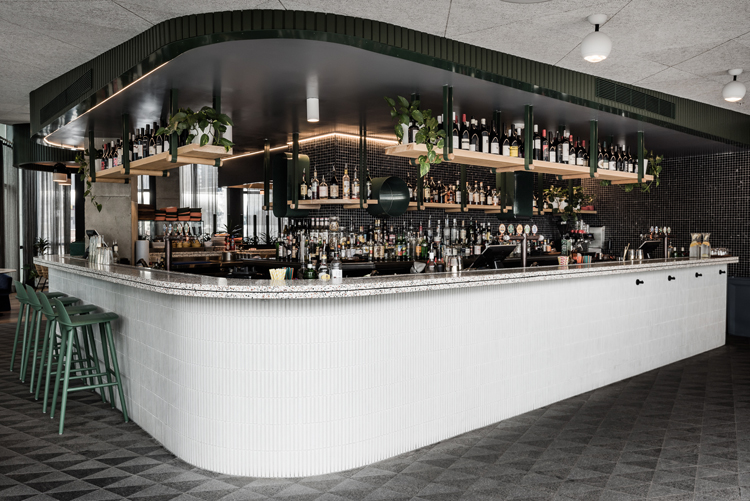 The space is split into two zones, a more casual outdoor bar and a refined dining space internally. Variations in seating structure were utilized to maintain these zones within the tenancy. Rich interior features comprising timber floorboards, black marble mosaic, and framed mirrors add a sense of moodiness to the dining space. Exuberant graphic wallpaper punctuates the largely monochromatic palette, drawing on the venue’s tropical inspiration without being too literal in its interpretation. An abundance of greenery throughout echoes Queensland’s verdant natural landscape. The venue’s most striking hallmark – its unfettered views to the harbour have been captured with glazing that extends across the perimeter of the space. 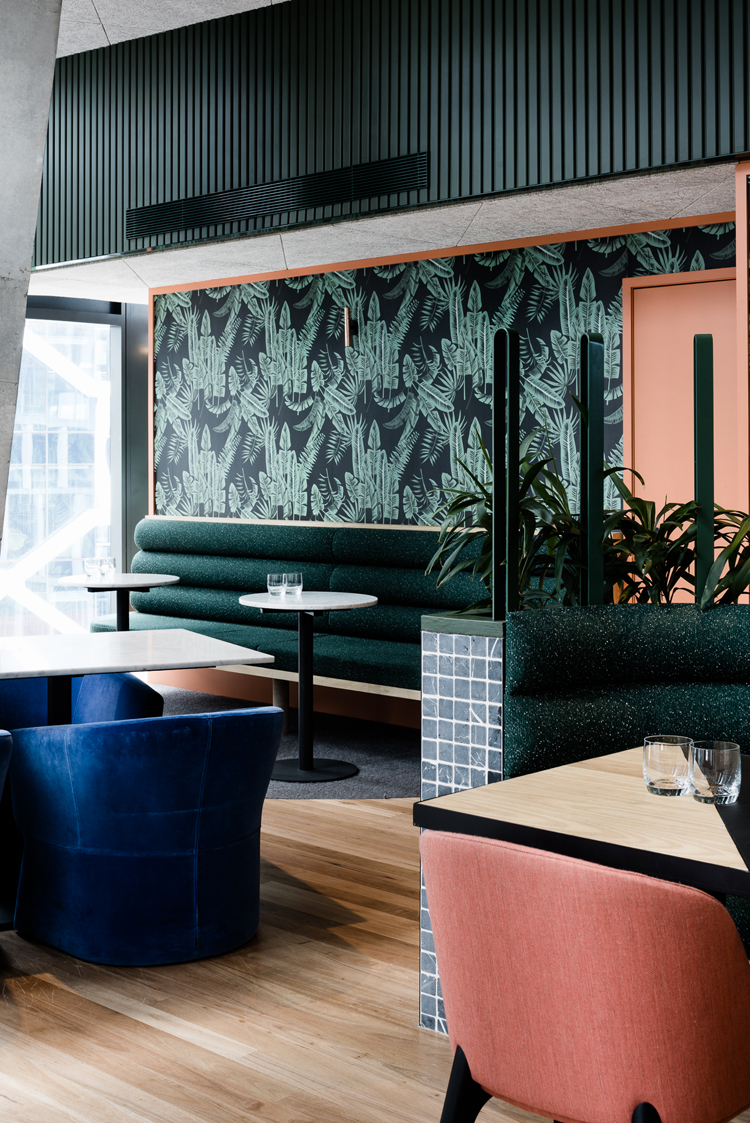 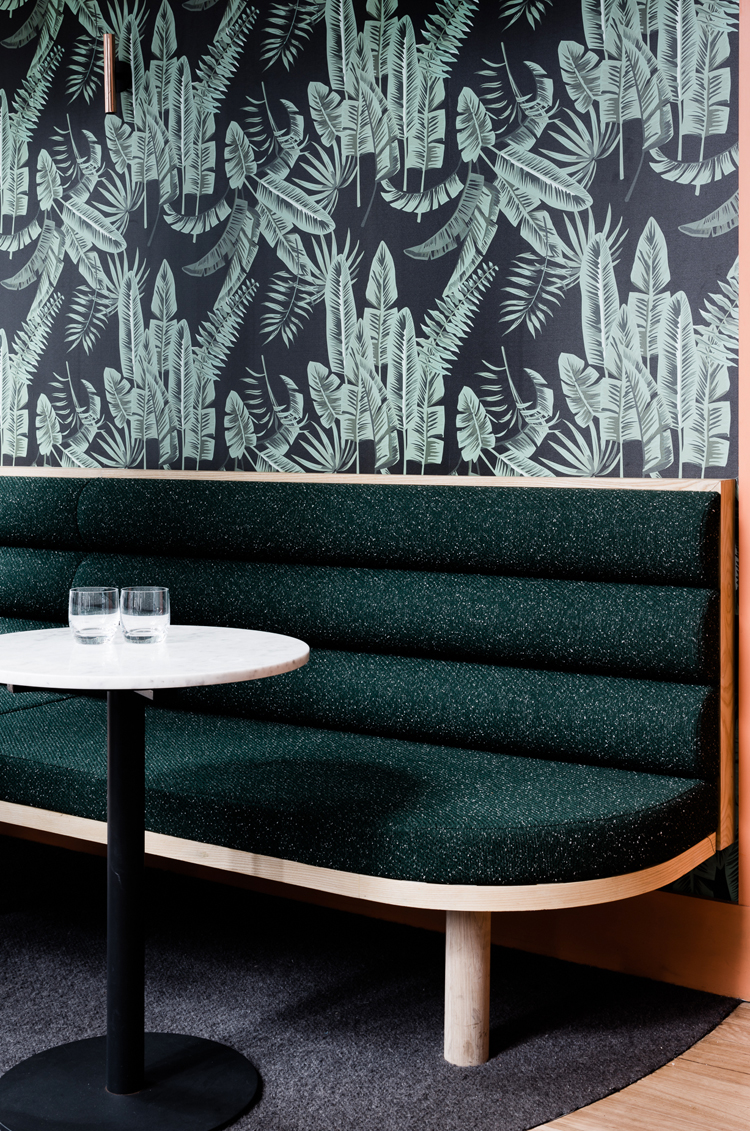 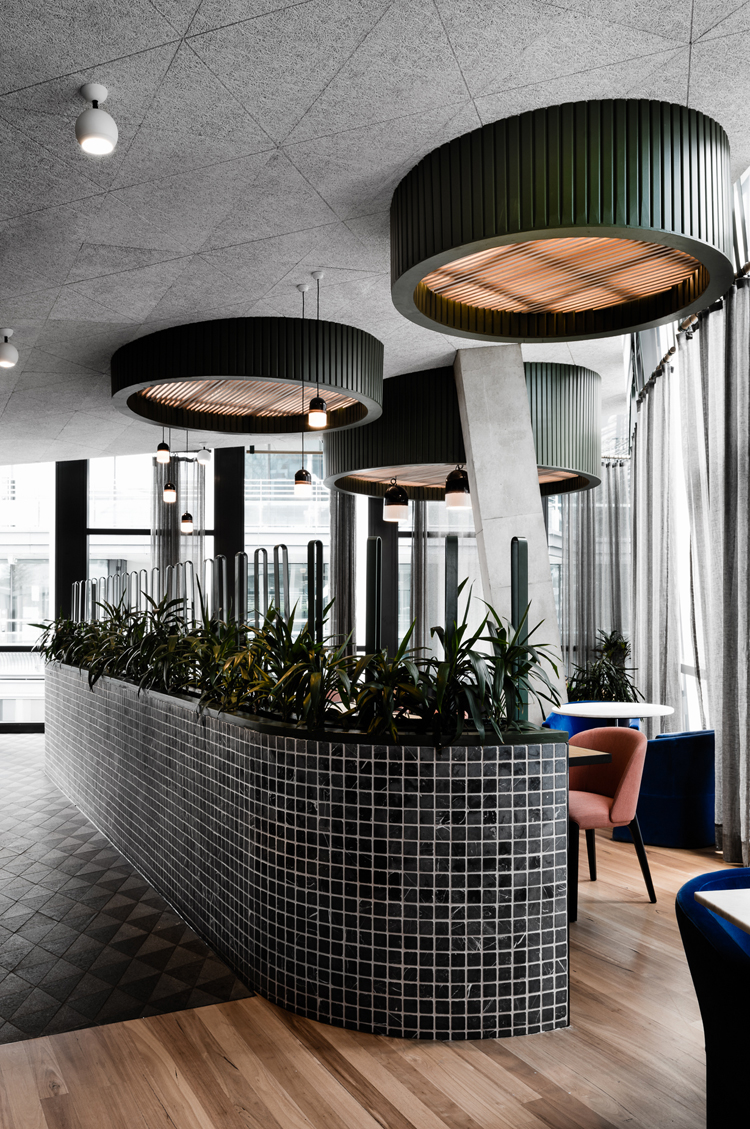