Octopod continues MB&F‘s exploration of aquatic themes with an eight-leg, eight-day clock inspired by cephalopods, marine chronometers and The Abyss – blending contemporary design with kinetic sculpture and a transparent bubble filled with precision horology. Conceived by MB&F and built by Switzerland’s premier clockmaker L’Epée 1839, Octopodstands or crouches thanks to its eight articulated legs. Each leg can be individually adjusted to varying heights, enabling Octopod to rest securely on the most uneven of surfaces, just like a real octopus. However, the real horological magic and mystery take place in Octopod‘s completely transparent spherical ‘head’. 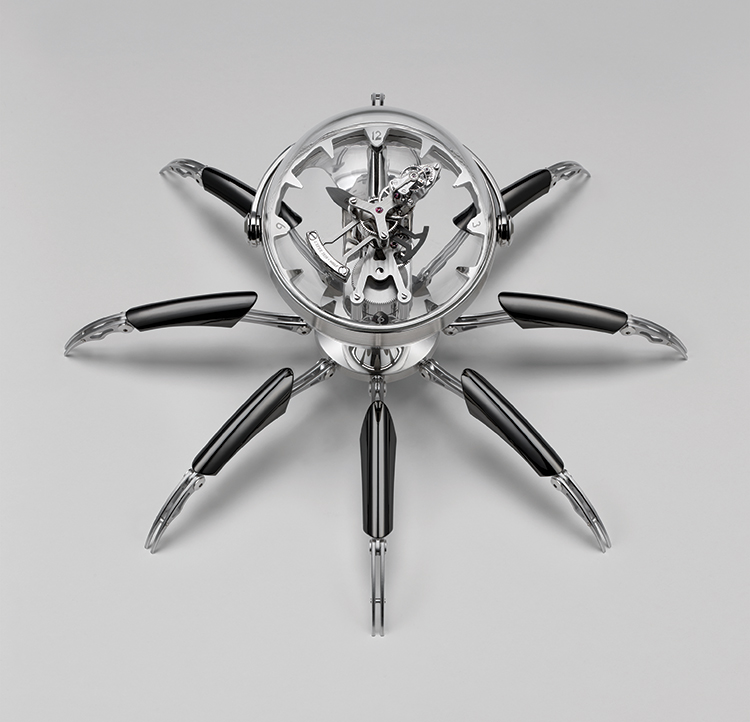 The first thing to notice is that Octopod’s transparent sphere is gimballed in a similar way to how traditional ship chronometers were gimballed – although on one axis rather than two – so that they remained flat despite the pitching and rolling of the ship. In Octopod’s case, the gimbal ensures that no matter what angle or height it sits, it is easy to rotate the bubble so that the time display inside is at the ideal plane for maximum legibility. 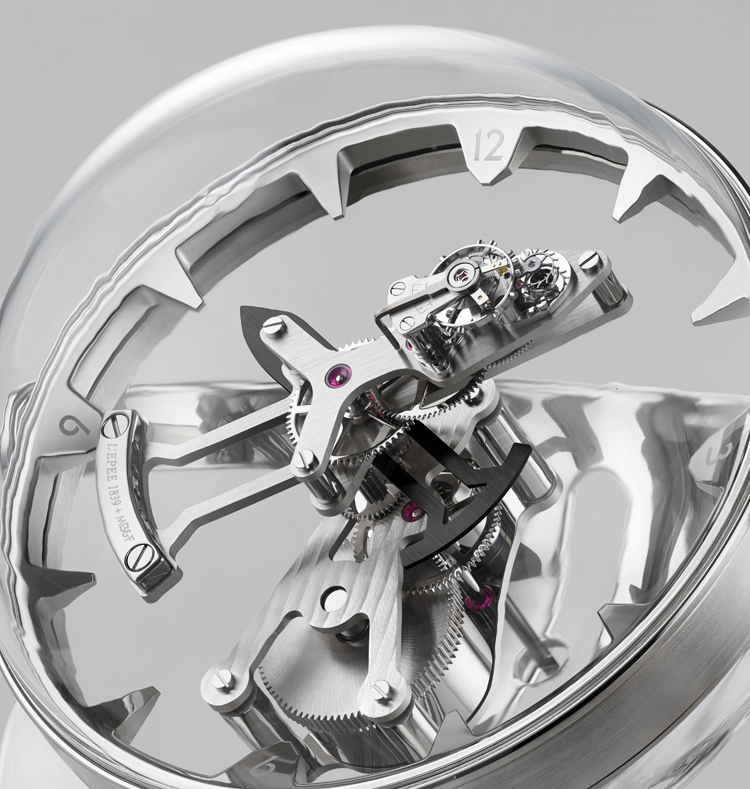 The second thing the attentive eye will notice is that Octopod’s pulsating escapement, which regulates the clock‘s precision, is located on its minute hand rather than the more usual (and mechanically simpler) position attached to stationary movement plates. While not technically a tourbillon according to Abraham-Louis Breguet’s original patent, with its movement vertical,the 60-minute rotation of Octopod’s regulator on the minute hand is closer to the primary aim of Breguet’s invention. His intention was to rotate the escapement of a pocket watch sitting vertically in a fob pocket to average out positional errors, while wristwatch tourbillons are continually moving through all positions without requiring 360° rotations. 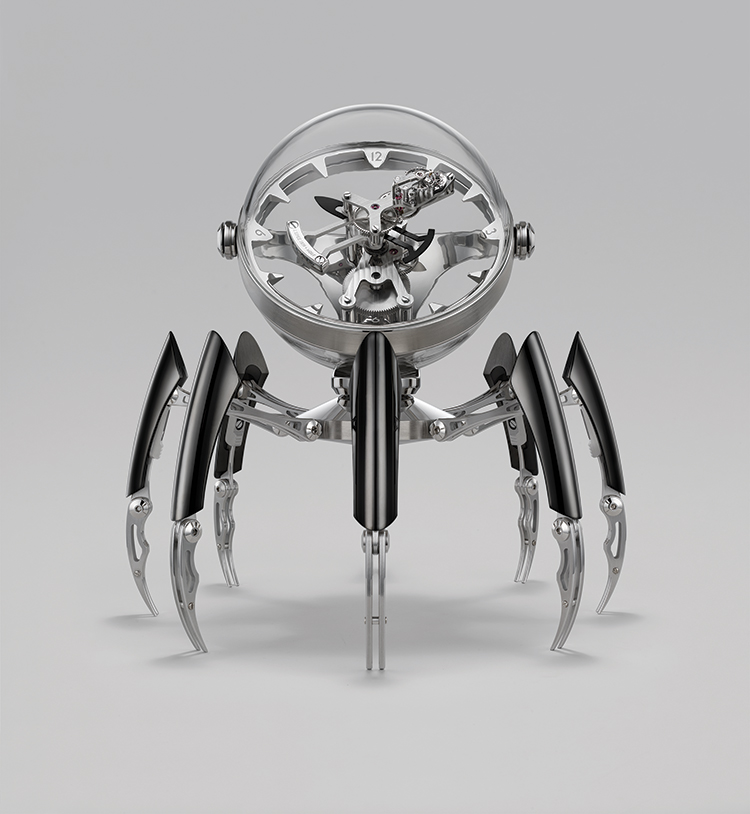 And thirdly there’s the mystery of how Octopod’s clockwork is suspended inside its crystalline sphere, so that it appears to be floating in space (or water). The baseplate of the movement is a transparent glass plate that has been treated with a film of anti-reflective coating on both sides so that it is virtually invisible. Like an octopus concealing parts of itself with camouflage, Octopod conceals parts of itself with visual tricks of its own. Octopod’s eight-day movement is an entirely new development by L’Epée 1839, with both the glass baseplate and counterbalanced regulator posing particular challenges.

Along with its octopus and marine chronometer connections to the sea, Octopod also brings to mind the then-futuristic glass bathysphere of James Cameron’s 1989 film, The Abyss. While the viewer may be outside looking in at the transparent bubble, it’s easy to imagine sinking below the waves and looking out at the astonishing iridescent creatures of the deep oceans. However, you may well rest assured that despite its aquatic inspirations, Octopod is perfectly at home on dry land.