Located between Votivkirche and Sigmund Freud’s apartment in Vienna, this cocktail and underground bar recently designed by local firm Büro KLK is an aesthetical gem. During the renovation works on an ancient heritage building from the late 18th century, a bricked up staircase was found. It led to a twelve meters deep, second cellar area with approximately 250 square meters. Historical investigations showed that it was a semi-legal establishment in the 50ies and 60ies in an era of Vienna’s flourishing jazz scene represented by names as Joe Zawinul or Fatty George. So the generic “genius loci” did not have to be invented but simply revealed. 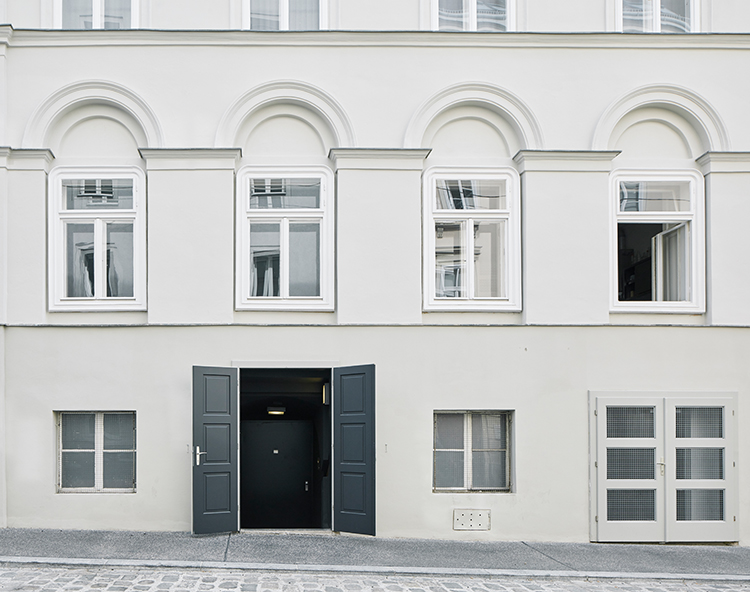 The circulation and dramaturgy of the cocktail bar start at an undecorated, narrow entrance door that leads to a first-basement level, containing the wardrobe and a mirrored vestibule to a “floating” staircase, which suggests a touch of “Sunset Boulevard”. This pathway leads directly to the seven-meters main bar. Several alcoves, a hidden booth, the smallest art gallery in Vienna and secret hallways surround the center piece and give the impression of a nearly surreal venue fallen out of times. 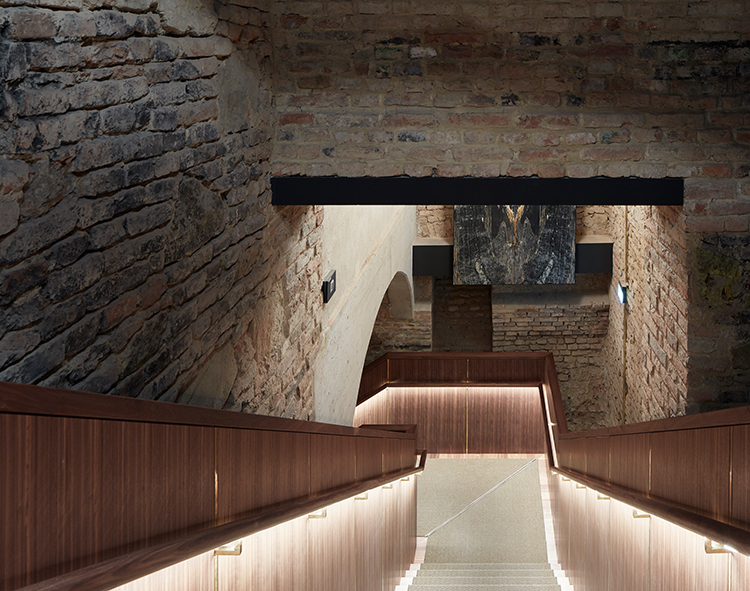 Due to the strict constraints concerning the conservation of a historic building the whole building equipment and appliances were situated in a concrete floor plate and in a load-bearing trussing which was directly generated from the engineering requirements. The whole static structure as well as the ventilating pipes and further installations, were cladded in composition gold. The floor plate is covered with a layer of Italian nero marquina marble manually laid in a herringbone bond. The cladding of the bar counter was cut out of a massive block of Sahara noir laurent gold marble applied in a mirrored pattern, and the counter plate was crafted out of a massive European walnut. 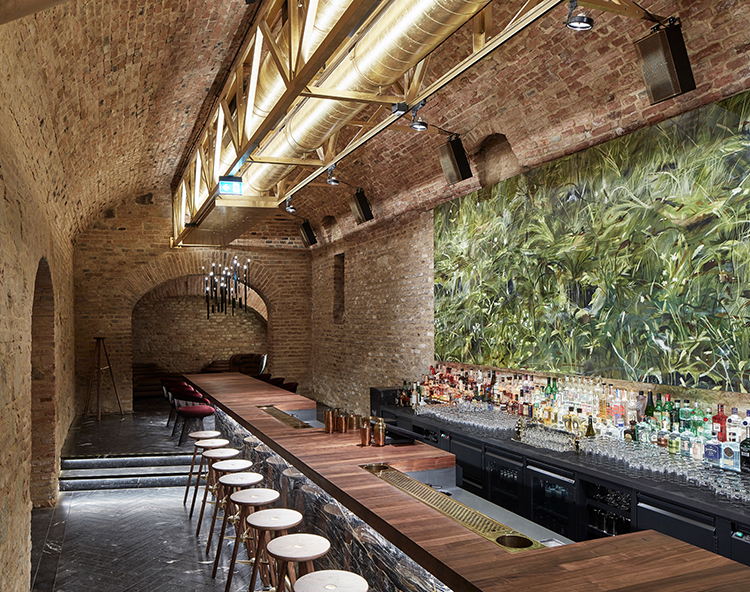 The furniture and illumination give the impression as if it was directly carried out of a museum of international furniture design. The famous Platner Arm Chairs by Knoll, the candlelight by Ingo Maurer or the Sofa DS- 1025 by Ubald Klug are arranged with the brand-new bean bags by Alexander Wang for Poltrona Frau. 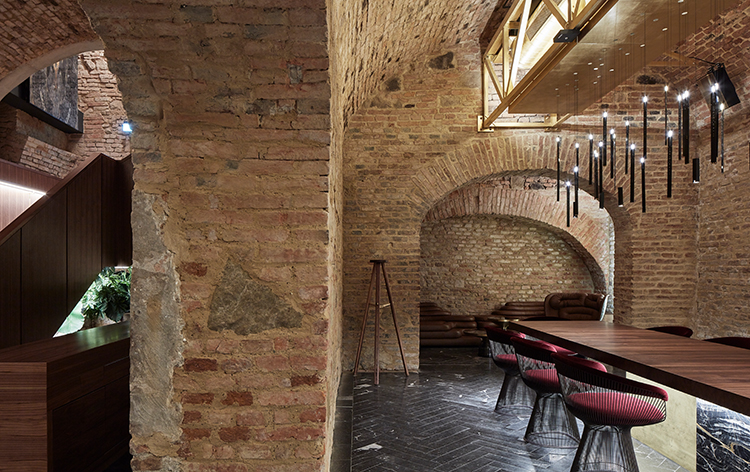 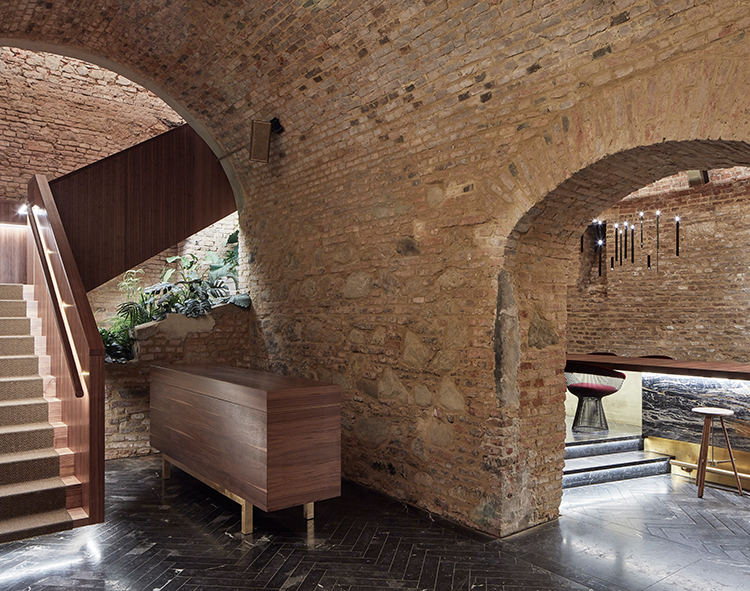 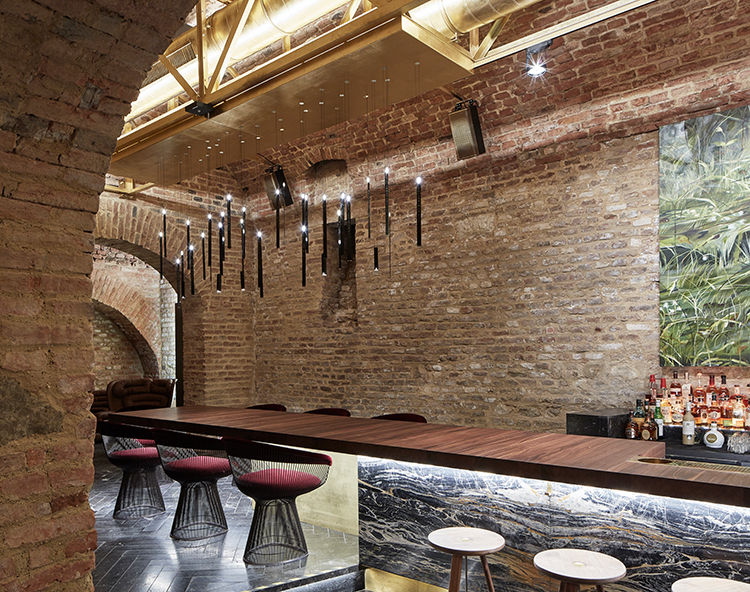 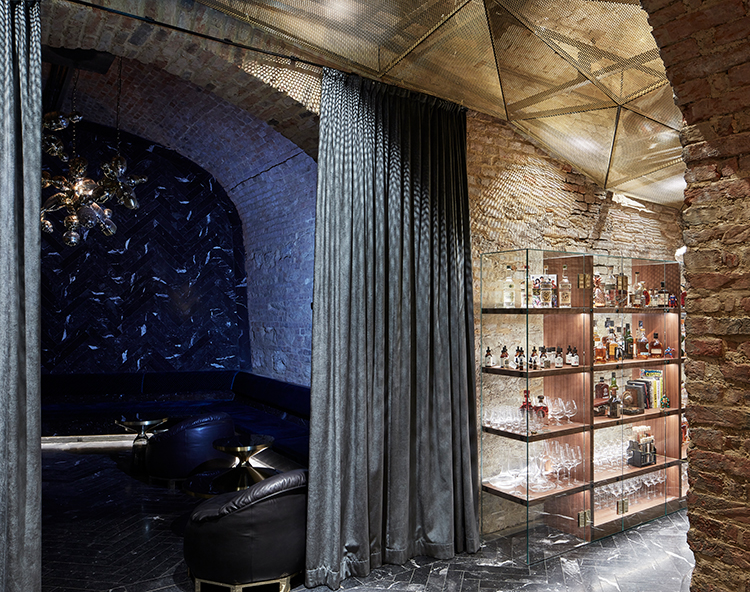 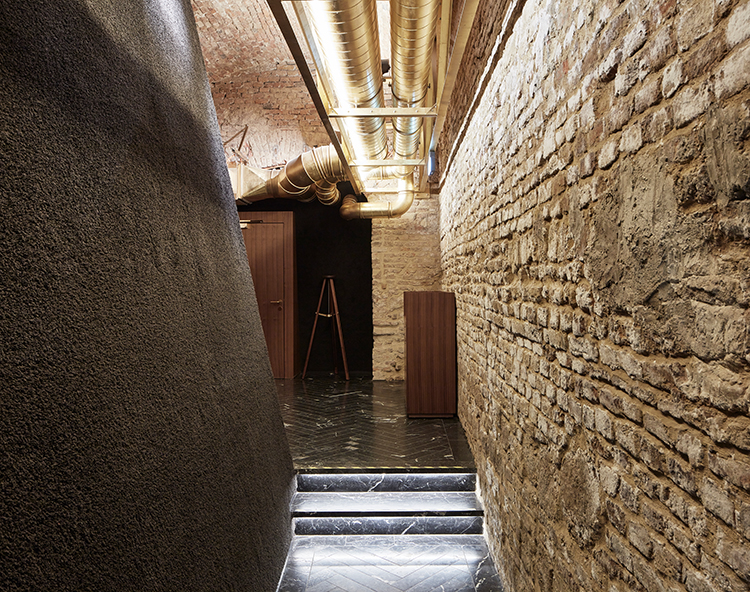 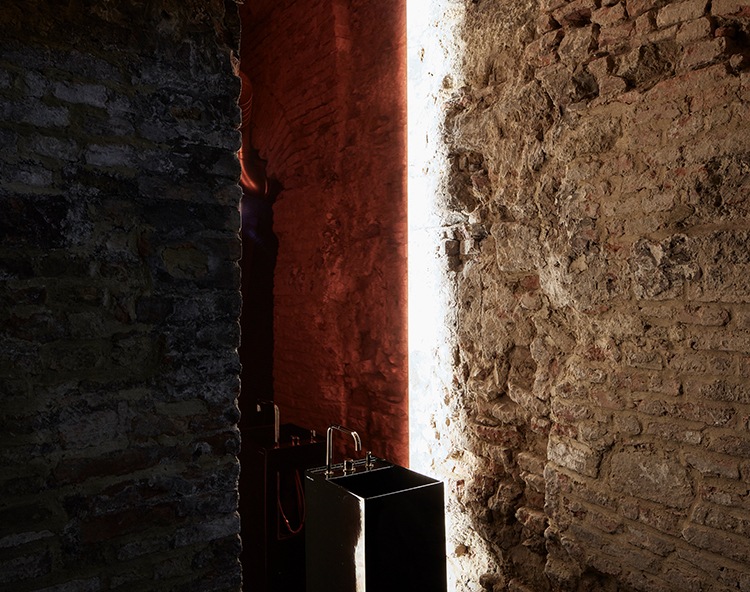 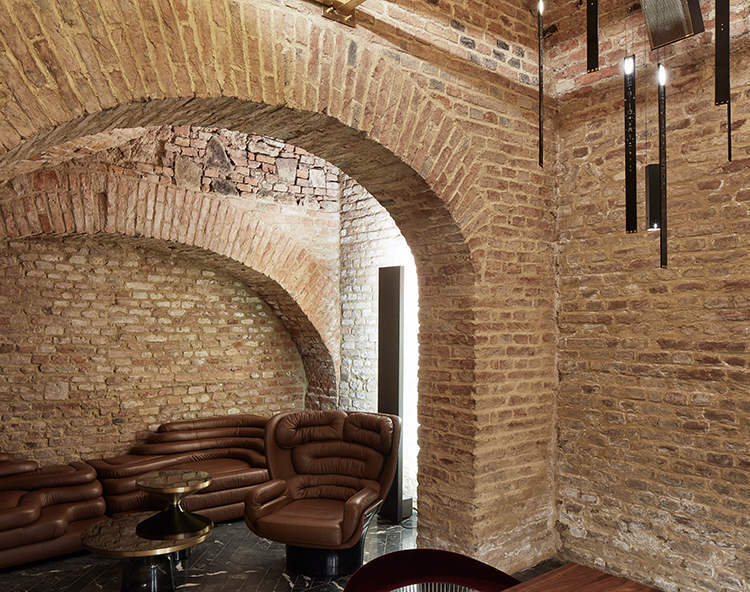 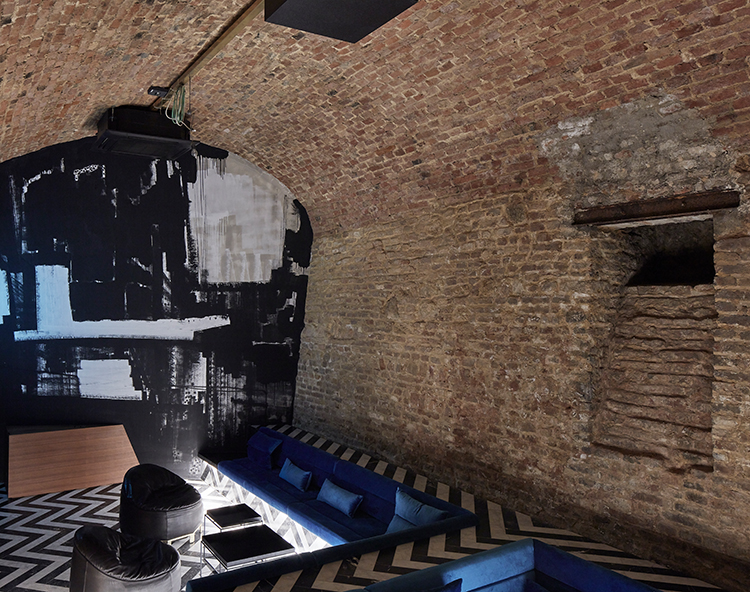 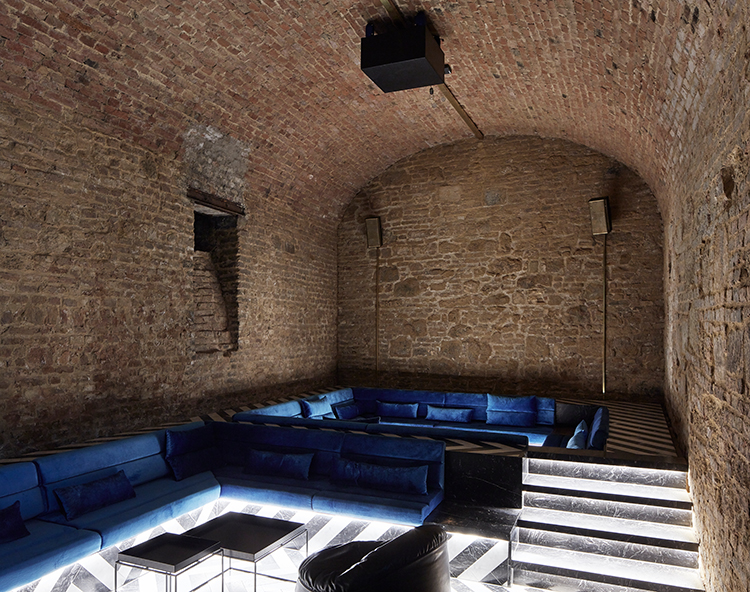 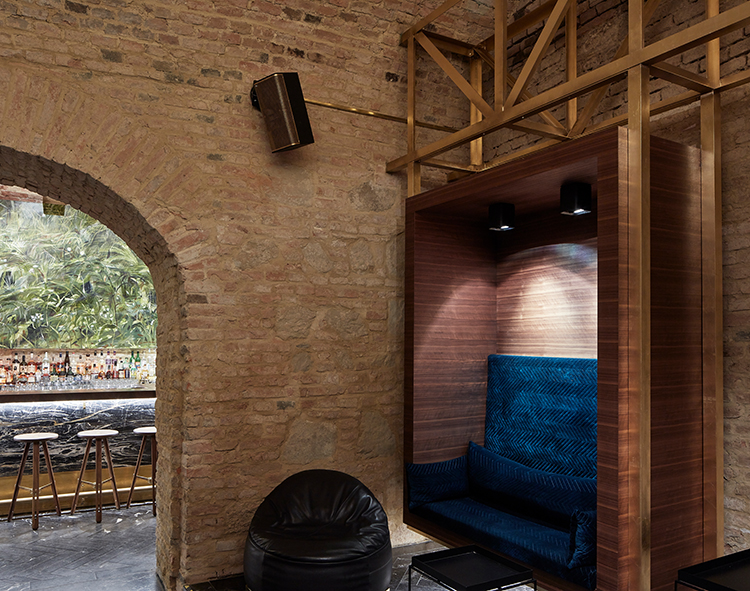 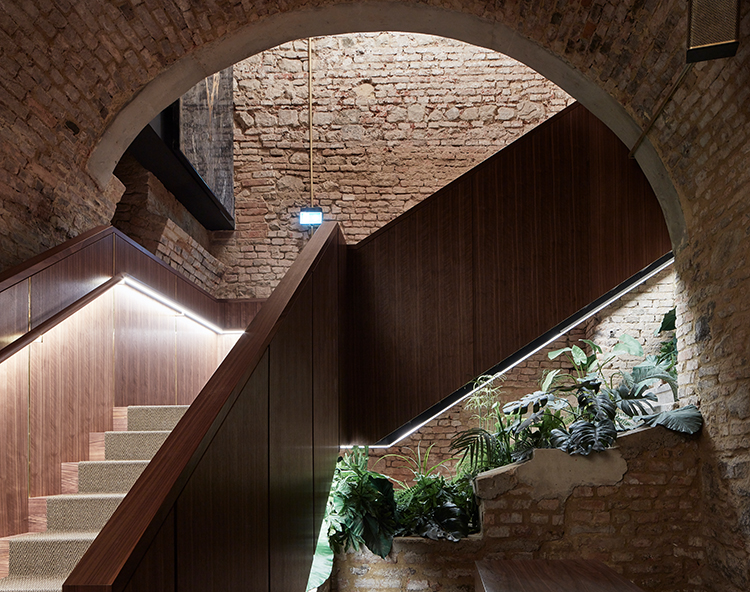 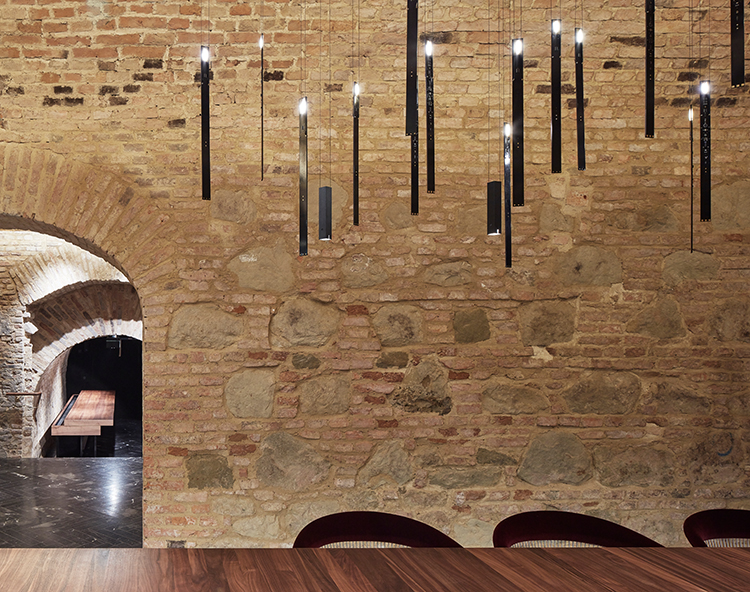 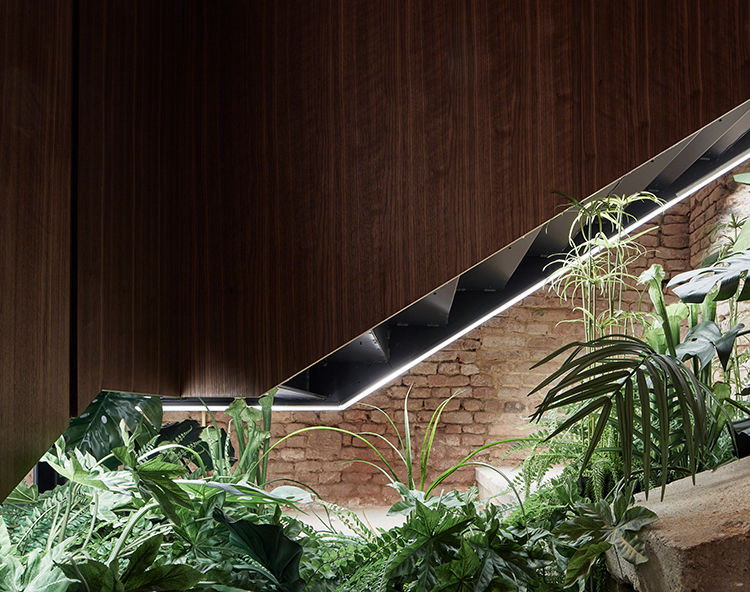