Osaka-based Interior design studio Sides Core designed this minimal 76-square-meter store for flower shop Gigi Verde in Kobe, Japan. One element that changes the expression of Gigi Verde’s space is the arch. It becomes a central element, defining the role of others in the space.The florist specializes in flower arrangements for events and had created the black arch for a past project. The arch, which rests on a pair of wooden trunks, had been used a climbing frame for a huge display. 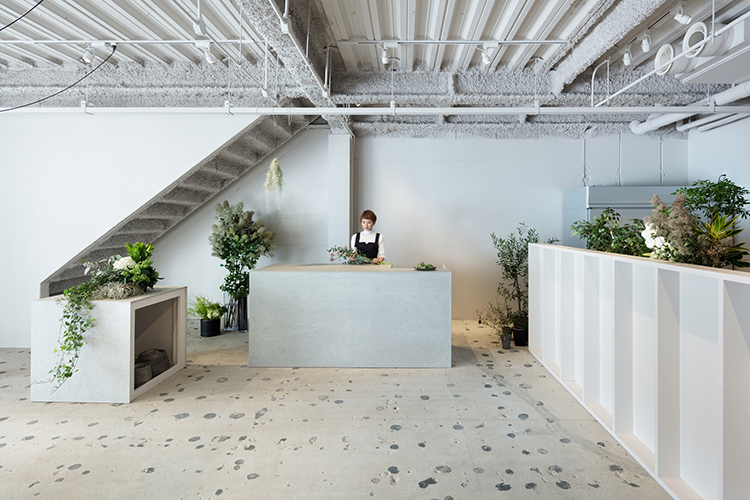 A tree branch was placed on side, so it wraps around the metal, while the long black pendant lights overhead were looped around it. But the florist can also use it to create special displays.

“The arch becomes a central element, defining the role of others in the space,” they added. “Adding flowers, plants and lighting to the arch creates a space reminiscent of a wisteria trellis.” 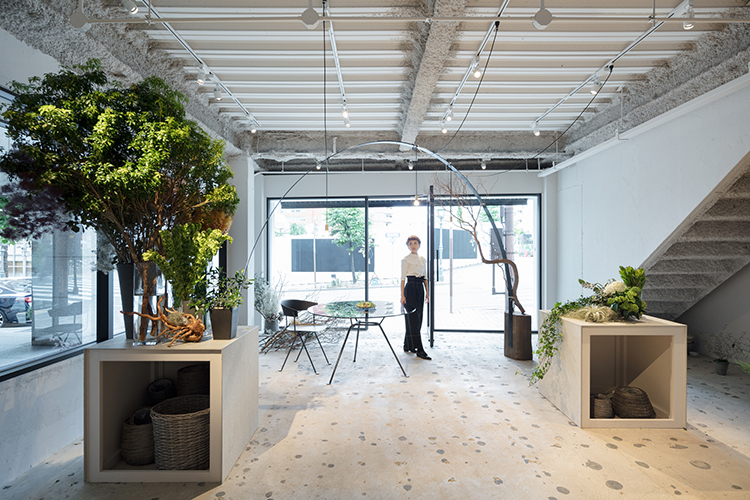 Structural supports are painted grey to bring out the colors of fresh flowers, while the old mottled concrete floor was left exposed. A partition in the back of the store goes up to hip level, limiting visibility of the work space during busy times without concealing the movement of people, creating a vibrant and active space. “It’s a space that enhances the constantly changing arrangements and expressions of flowers,” added the designers. 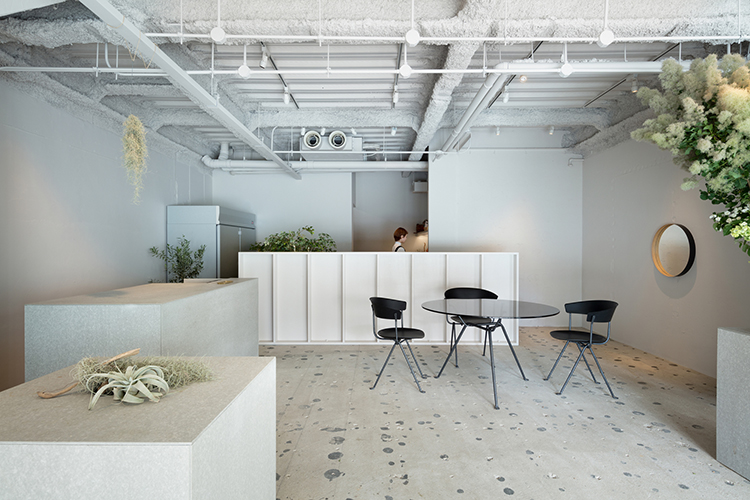 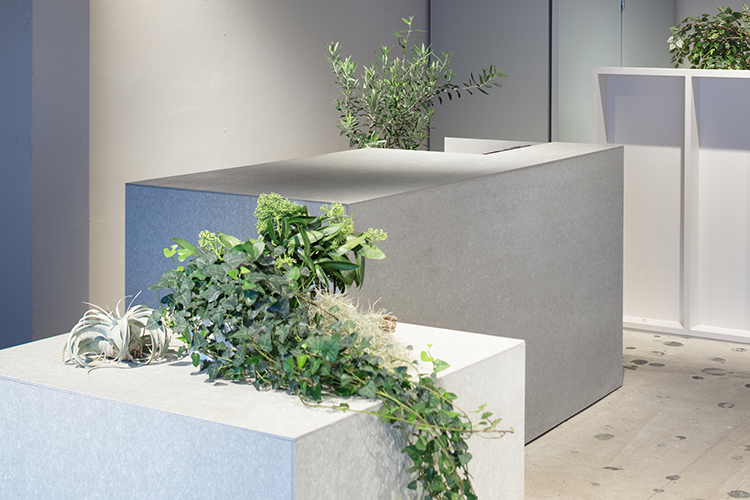 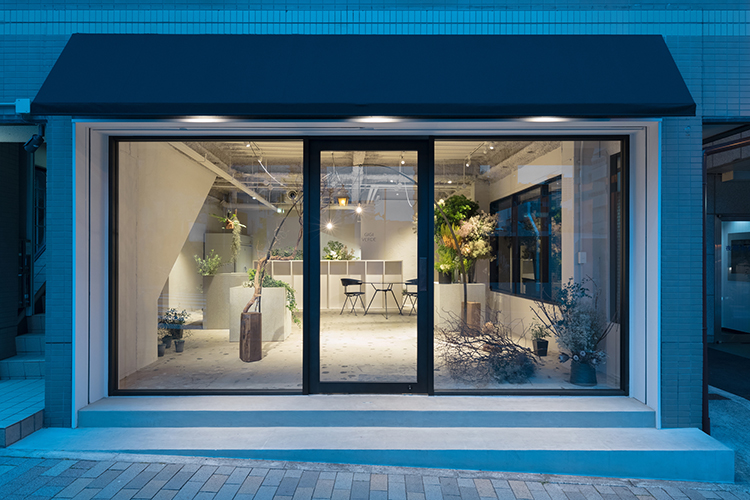 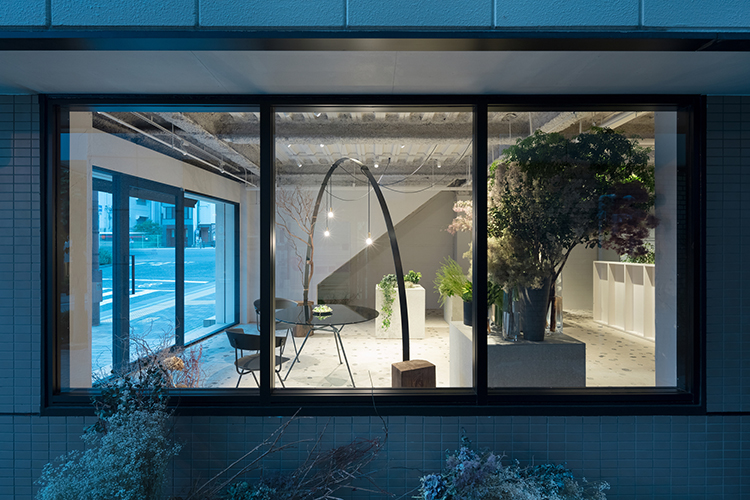