The project involved retaining and repurposing the existing structures and introducing new accommodation buildings that complement their industrial aesthetic. Interiors designed by Ju Bin of Horizontal Space Design aim to emphasise the connection between old and new. The original buildings now contain amenities including the hotel’s reception, a cafe, bar, multipurpose hall, gallery and library, which are all arranged around a reflecting pond and sunken plaza at the centre of the complex. 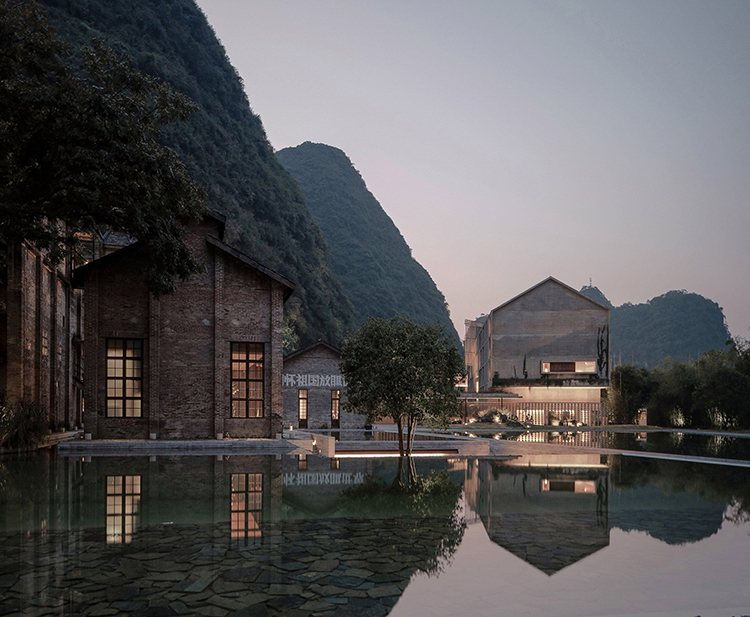 As a highly respected architect, Dong Gong, Founding Partner of Vector Architects, is frequently consulted to share his philosophy regarding the use of light and space in relation to the natural surroundings of the building. With this in mind, Dong Gong has created Alila Yangshuo as a modern retro resort that blends seamlessly with the stunning landscape of Yangshuo while keeping intact the important heritage of the original sugar mill.

“Alila Yangshuo, as in many of our recent projects, is located in a natural site so I have the opportunity to think of how the environment can impact and influence the architecture and its function,” says Dong Gong. “I believe that an architect should be in awe of what is called ‘Tian’ in Chinese or ‘nature’ in Western culture. This means that when you are on site, you see with your heart and invoke the energy of the site environs to define the form and meaning for your architecture.” 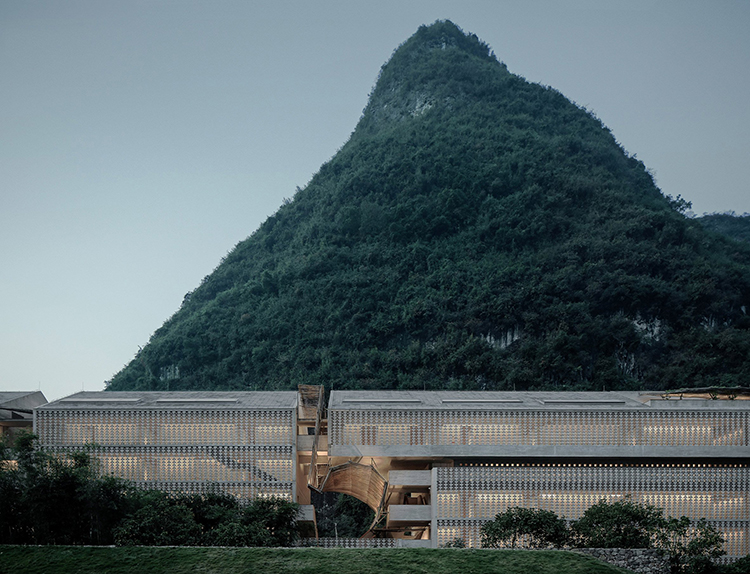 The hollow block brickwork of the resort was drawn from the sugar blocks that were produced in the 1920’s. Dong Gong had to design a machine specifically to produce the custom-made hollow bricks using local sandstones and other materials gathered from earthworks in the construction of the underground Spa Alila. Using over 60,000 bricks, it took Dong Gong and five tradesmen over six months to hand-make each brick in the construction of the exterior walls of the resort.

“We contemplated how to give the building façade an airy sense of lightness, especially at night, with subtle lighting beaming through the walls,” states Dong Gong. “It is a building made of concrete but visually it possesses a quality of lattice work with light and air.” 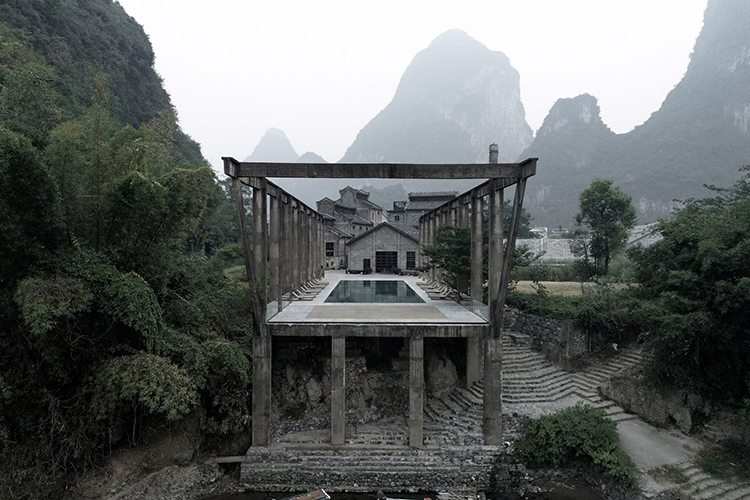 Red volcanic rock was also discovered during the construction phase and was artfully incorporated in the building materials, paying homage to its origins. The volcanic rock was grounded and mixed into the terrazzo floors and also used on the wall screed, playing up subtle hints of red in the finished design. The same volcanic powder was also used to create beautiful pottery for the guest rooms. Slabs of local clay with etched motifs are used on bathroom walls while clay etchings of local tradesmen and peasants in the 60s are used to decorate the headboards in the guest rooms. 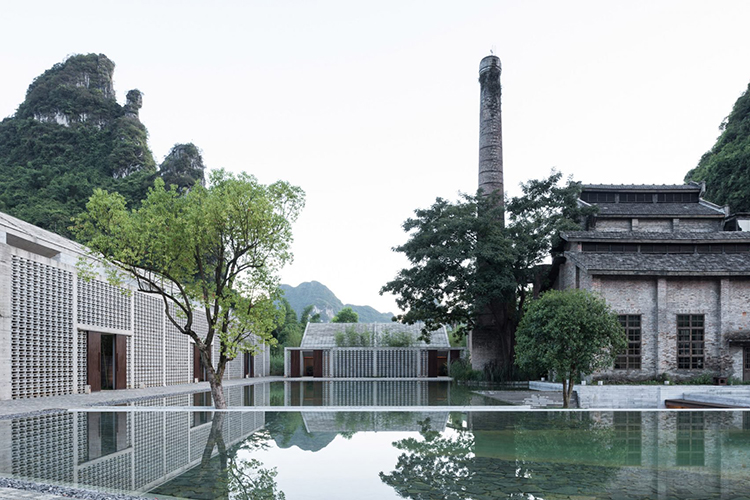 The region of Guilin particularly Yangshuo, is famous for its limestone hills, tunnels and caves. Historically, these caves were commonly used by the locals and even served as war shelters. Bamboo scaffolds are used in abundance to shore up the tunnelling into the caves. In Dong Gong’s design concept for the new accommodation block, he assimilated the caves and bamboo shoring within the building and created some outstanding bamboo installation art pieces, that are hung-up in the voids to represent the caves in the hills. The passageways in the building are built as though one is going up and down hill slopes, with surprising ups and downs, some corridors leading to nowhere. 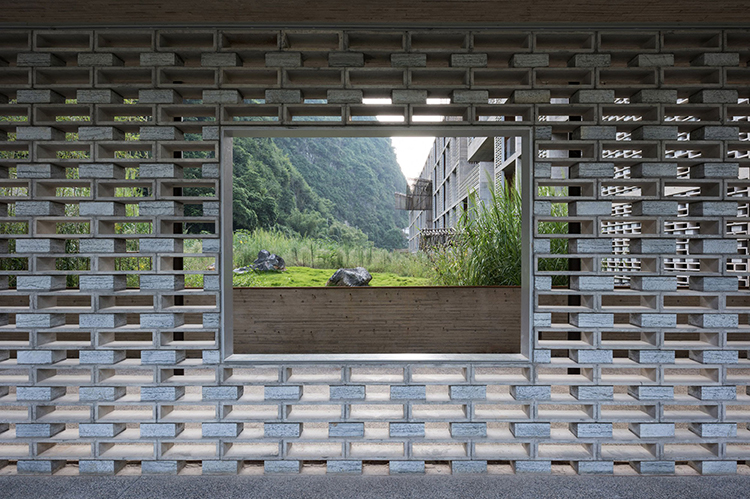 Other touches that historical highlights can be seen throughout the resort, such as in the 1969 Bar which reflects Ju Bin’s modern industrial design. This was the former pressing room where the original sugar press is situated. Leaving the entire concrete mounting intact, lights were run along the structure with a perspex flooring hoisted above, to serve as a sitting area for guests. The Bar will have more than 80 kinds of rum and will be serving delectable concoctions focused on the theme of sugar and rum. The Sugar House Restaurant is also housed within the heritage building with old tools artfully incorporated into its contemporary designed interior.

The original sugar cane loading dock has been transformed into a spectacular swimming pool overlooking the Li River. At night, Alila Yangshuo forms the backdrop of a spectacular light show, played out from the river beyond, turning the resort into a stage production. 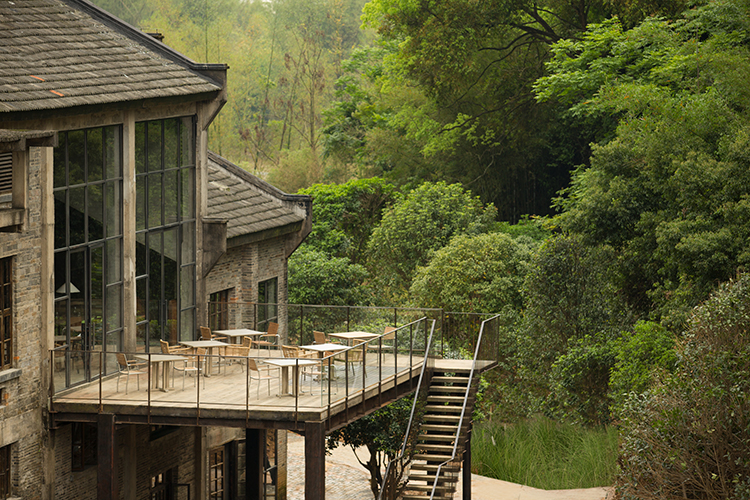 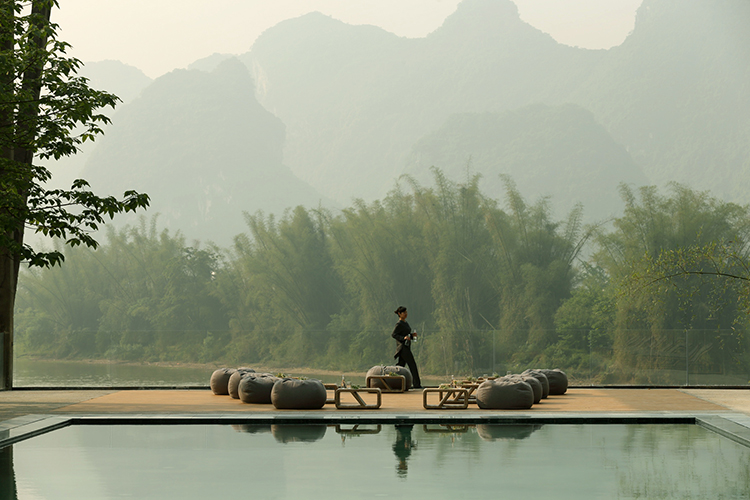 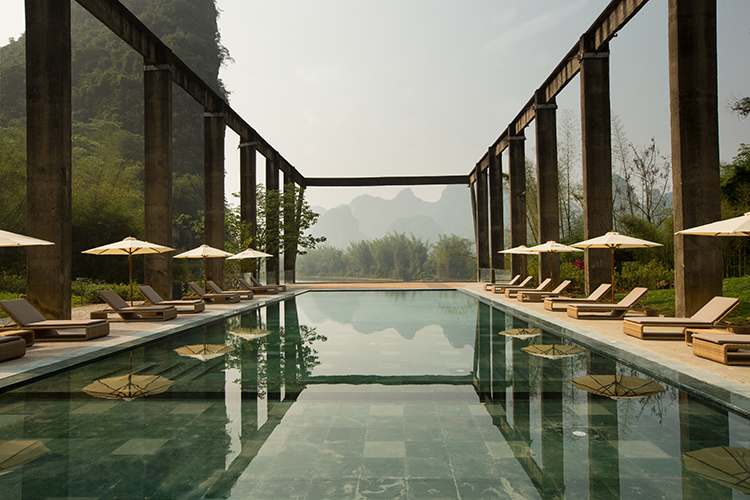 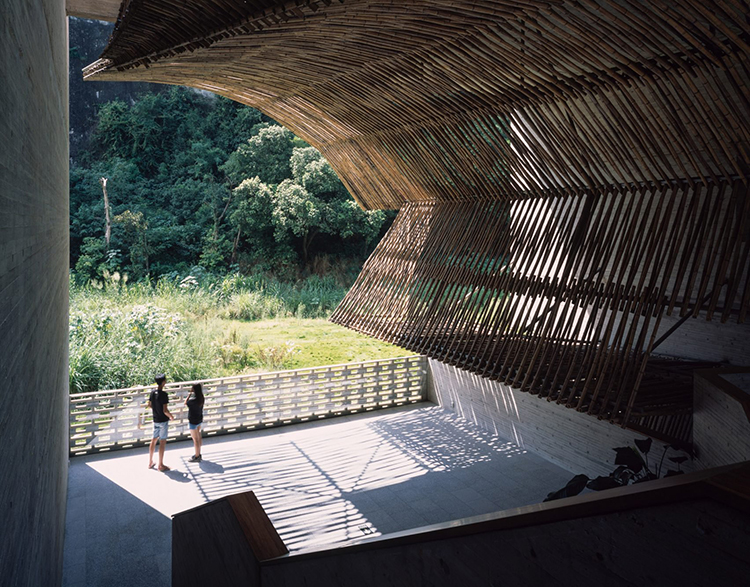 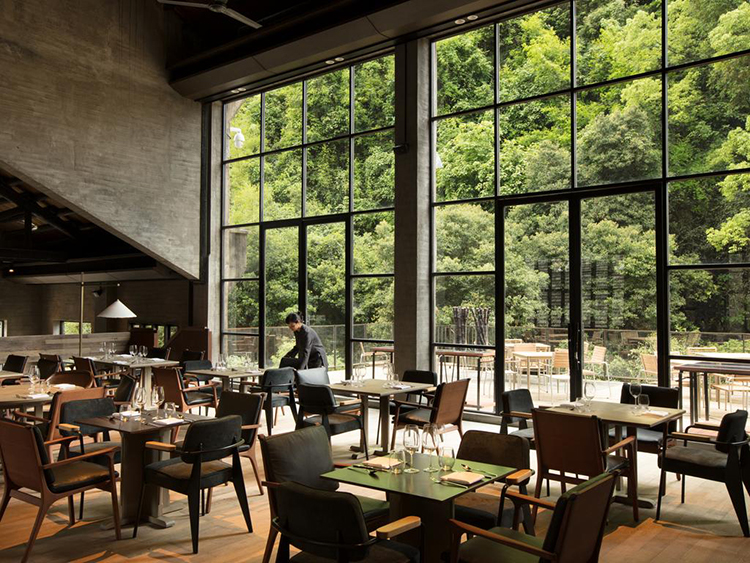 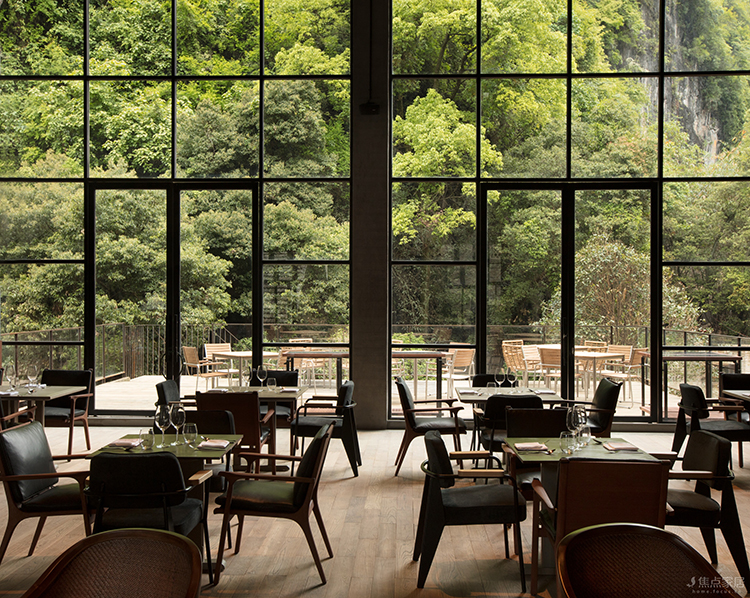 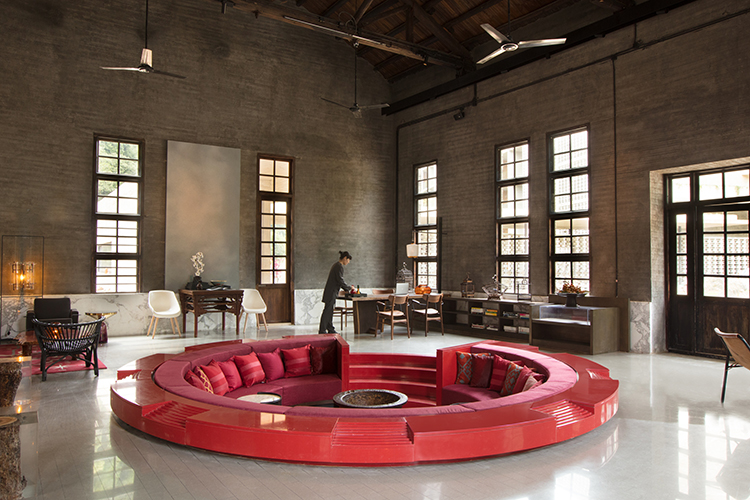 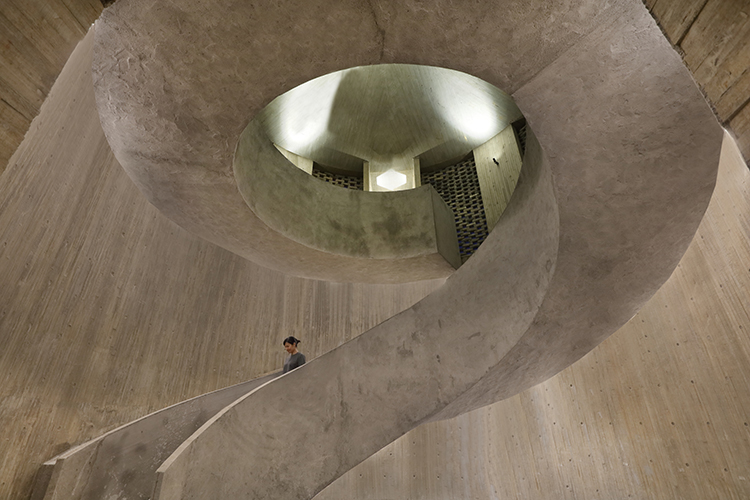 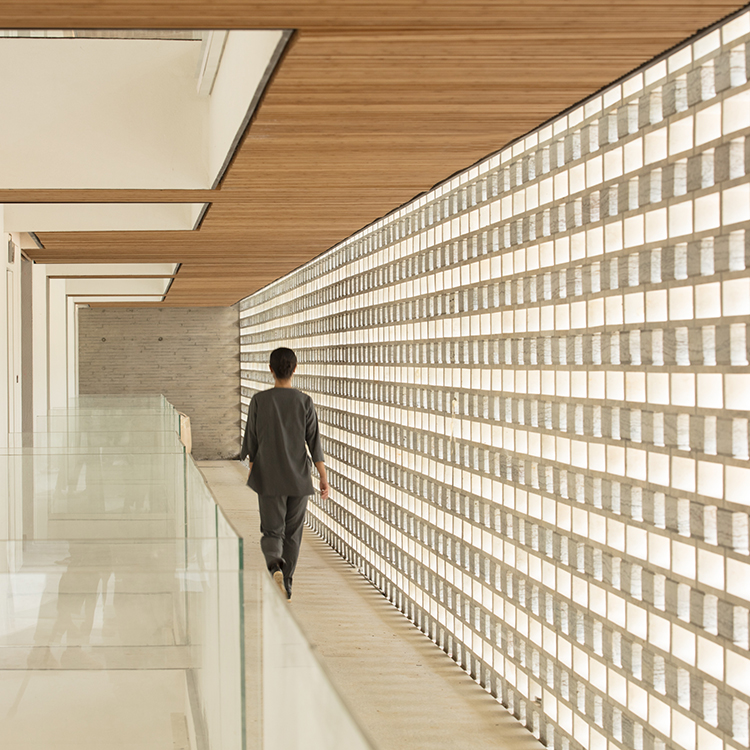 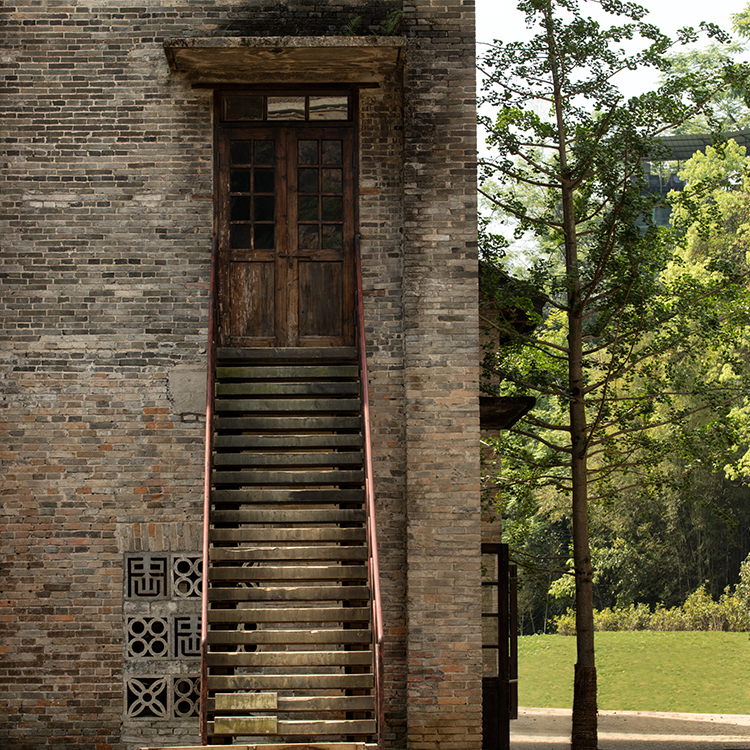