Spanish architect Andrés Jaque has recently transformed a former 1946 garage in Madrid into the new Ròmola restaurant and café.

While the original volume and structure remain intact, the experimental restaurant creates a new, open design at street level. 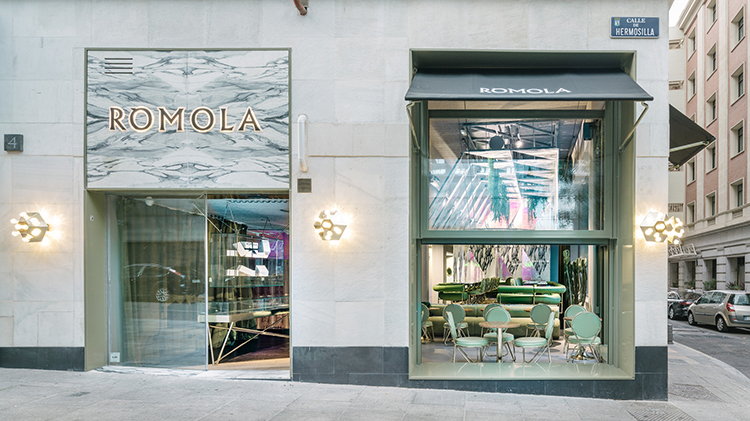 Described as a ‘marble-made tent in the galaxy’, the interiors stand out among the more common austere cafeterias of the city.

This project is the result of a strategy to work with a small number of super-qualified marble manufacturers, leather upholsterers, metal benders and chrome-platers, rare-wood panelers and artisan varnishers. 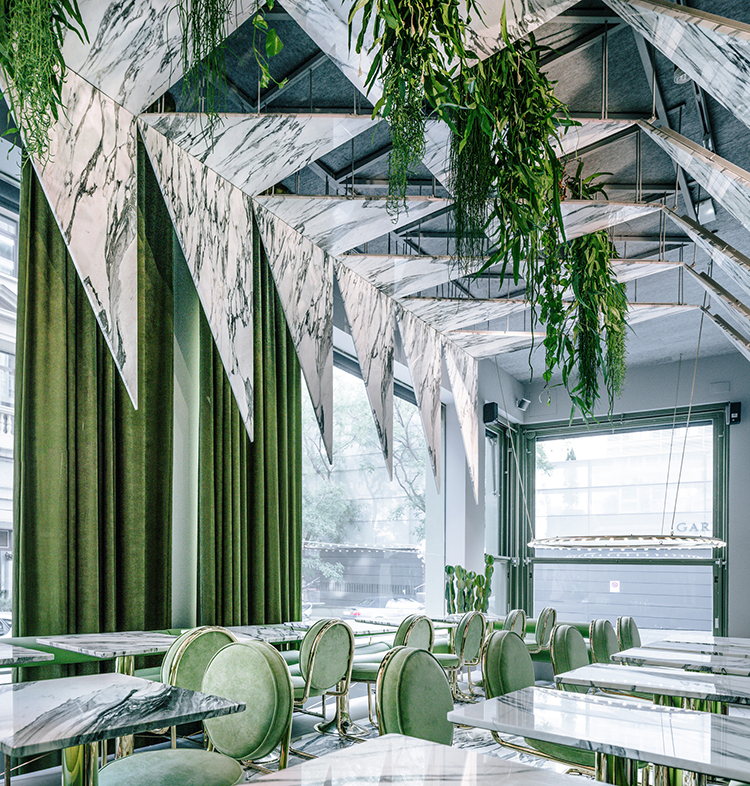 The condition of the marbles is registered by a number of technologies attached to it, such as the glass fiber and resin reinforcements. The articulated anchoring systems render the marble a sort of ‘supermarble’, capable not only of resisting compression, but also traction. In what has been a unique engineering challenge, the project takes this capacity to its limits, by creating a supermarble-made self-standing tent. The tent accommodates the customers’ tables and allows other uses such as cooking, which have been organized in a C-shaped periphery around it. 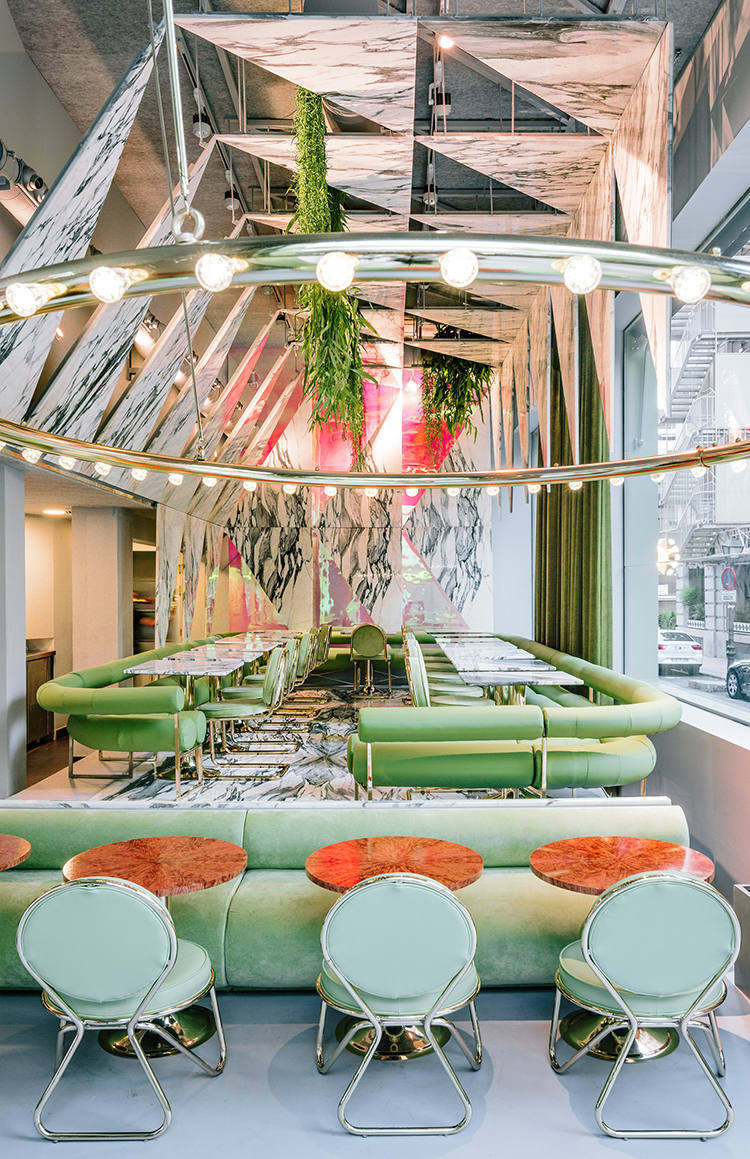 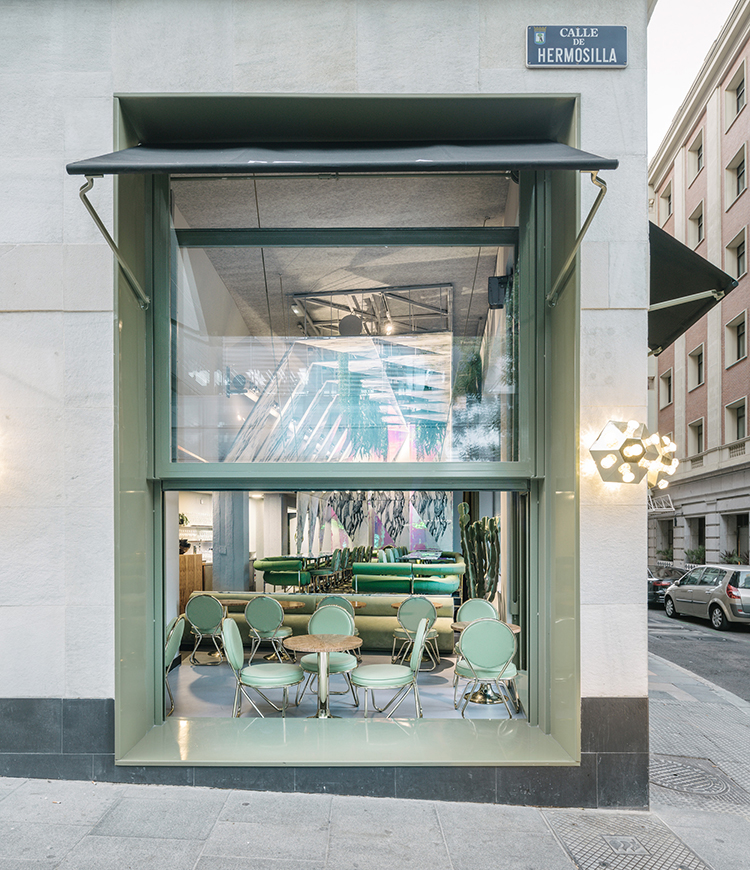 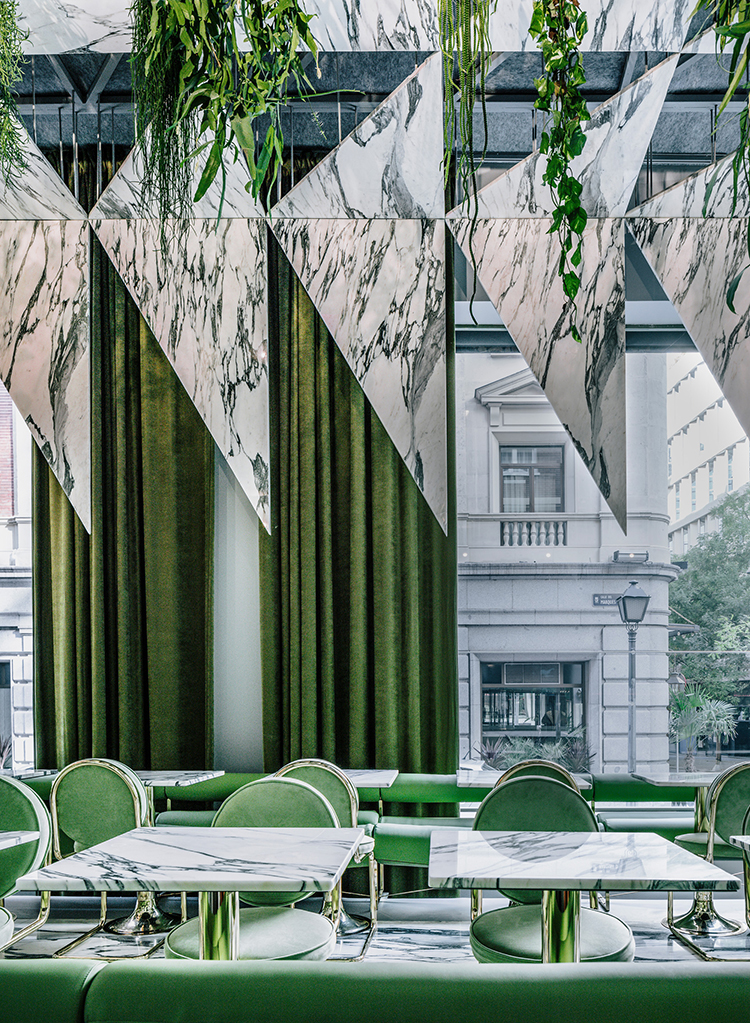 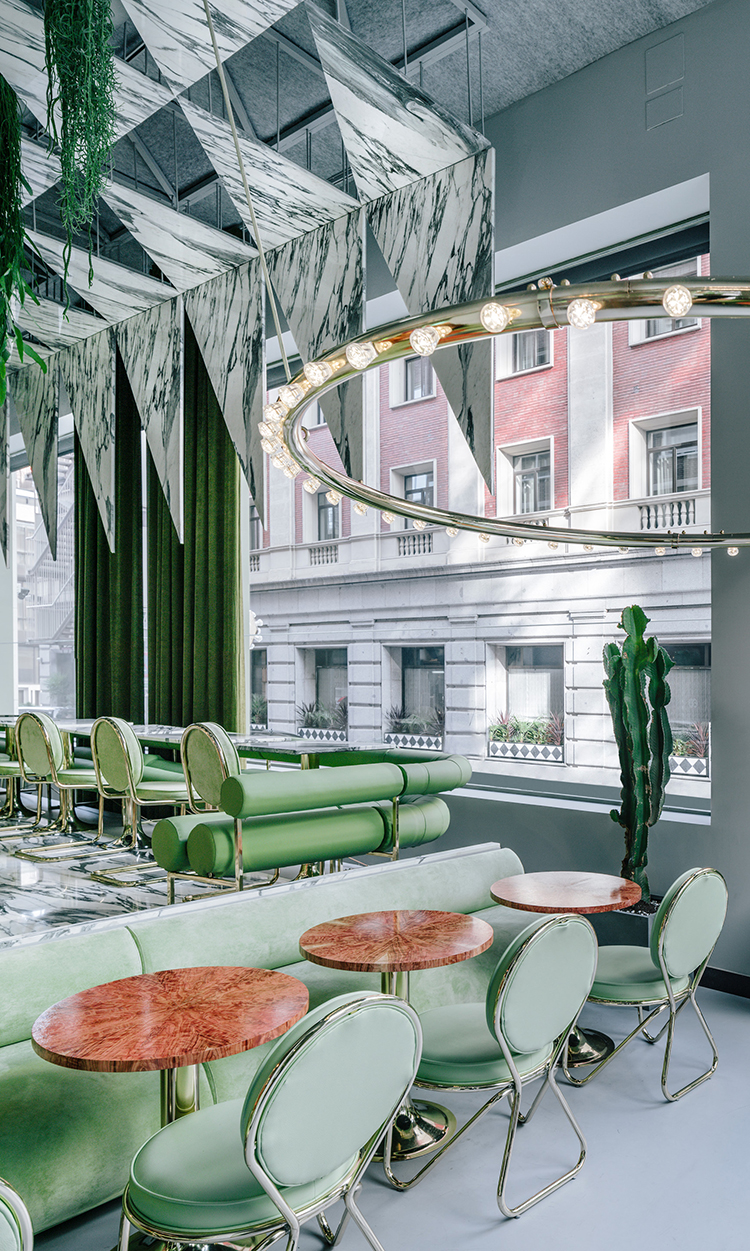 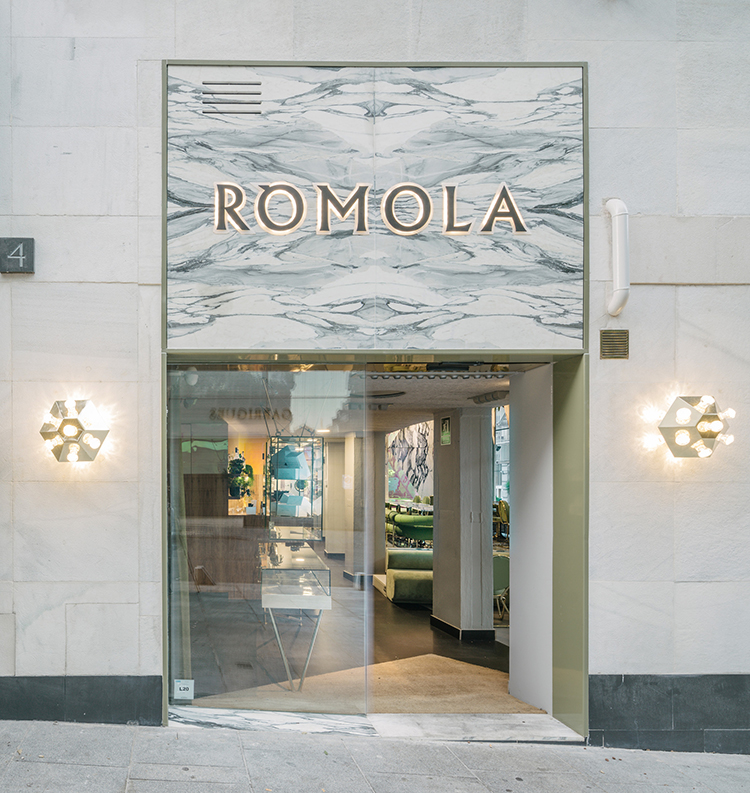