Stockholm-based Note Design Studio has renovated 1950s Palace restaurant in Helsinki. Located on the 10th floor of the historic Hotel Palace in the city’s Eteläranta harbour area, the restaurant was first opened in tandem with the hotel, right in time to welcome the guests arriving to spectate the Helsinki Summer Olympics.

The spearhead of Finnish gastronomy, restaurant Palace Designed by Finnish architects Viljo Revell and Keijo Petäjä, the modernist building, often described as the business card of the Finnish art industry, took the shape of a big ocean ship. Part of the inspiration was derived from the masterpieces of Le Corbusier and the end product is a picture-perfect example of modernism. 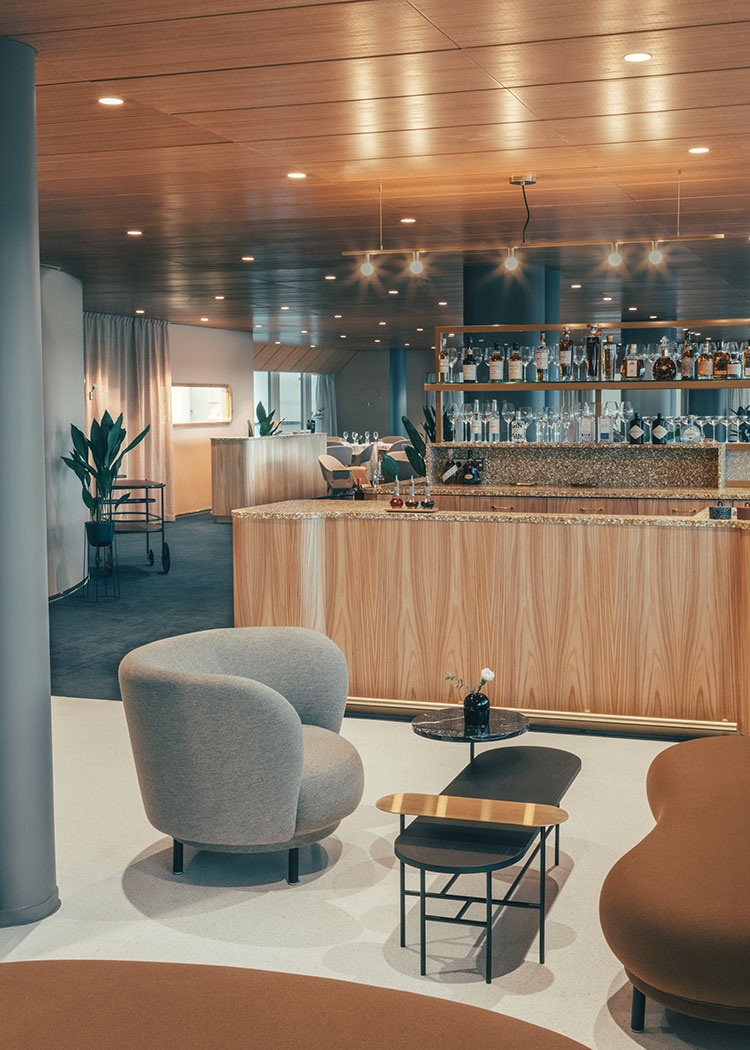 Rising above the harbour of Eteläranta, the crown jewel of the building was the big neon sign that stood proud above the Baltic sea, emanating its trademark yellow glow.

The restaurant, originally adjacent to Hotel Palace, was always at the forefront of gastronomy. In 1987, it became the first Finnish restaurant to be awarded a Michelin star. By then, the restaurant had secured its position as the place where business deals were drafted and signed, important press events took place and celebrations were held. It remains an icon of both Finnish gastronomy and restaurant culture – a bastion the glory of what used to be and what will be again. 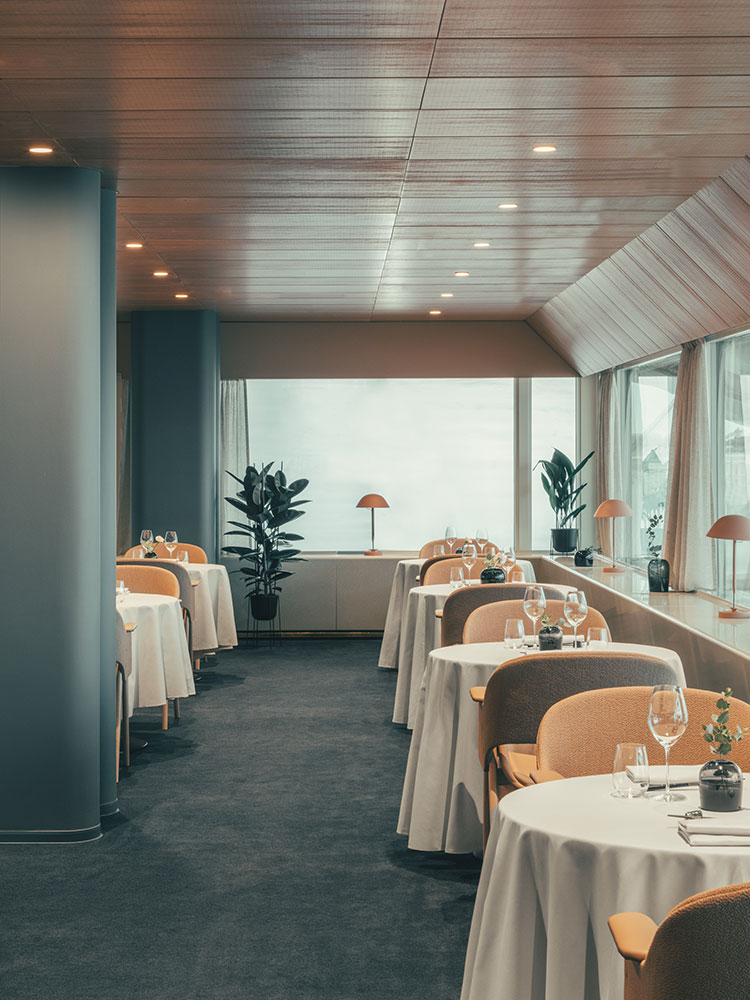 The modernist building has undergone a total renovation, including a remodelling of restaurant Palace’s interiors. The restaurant with its impressive festive spaces on the building’s 10th floor has been gifted a new identity built to honour the restaurant’s roots. The project received approval from the Helsinki City Museum and the restaurant’s pure 1950s modernism has been updated to a 2020s Finland. 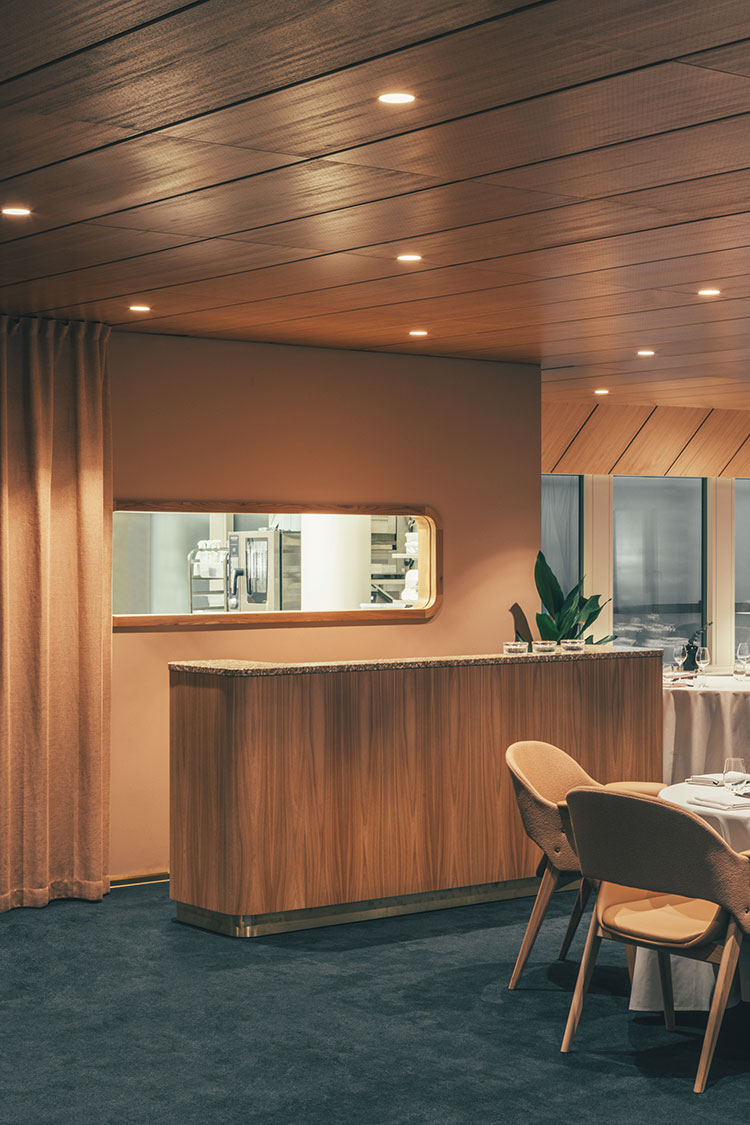 “When restaurant Palace approached us, they didn’t ask for a modern and trendy interior,” says Note Design Studio. “On the contrary, they asked for something that will withstand time and honour the history and tradition of Palace. The complexity of this challenge, as well as the ambition of everyone involved opened up our ability to think about the details, from material choices, the iconic teak veneered elevators and walls to the customer experience.” 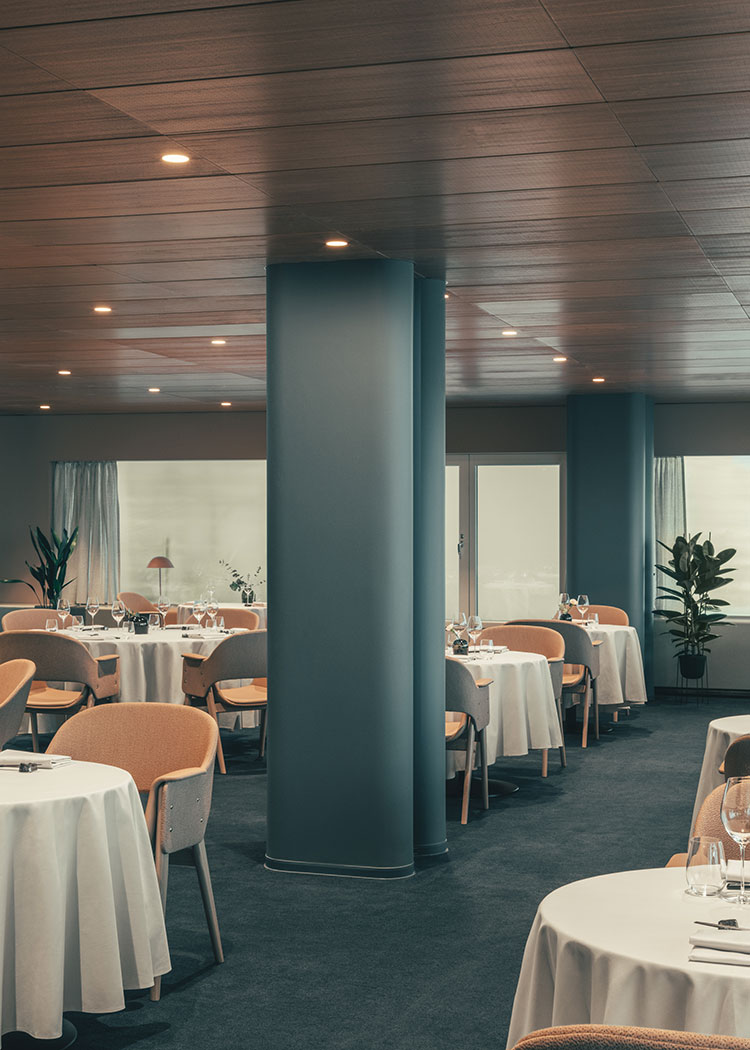 During the construction of palace, Note Design Studio worked closely with SARC Architects and Skanska and had long conversations with the client, discussing everything from colour choices to custom-made trolleys. The dialogue continued with the chefs, who talked about the tone of voice of the table setting. 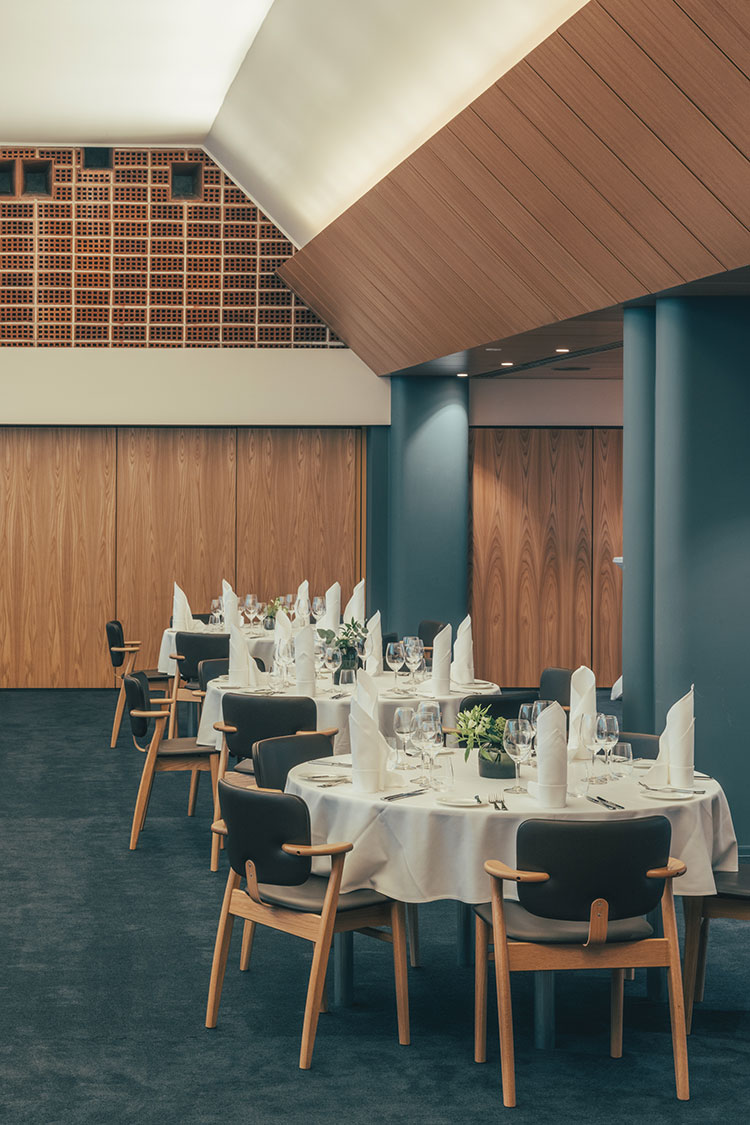 At Palace, every detail has been carefully thought of, not only in the interior design, but also in the collaboration with Agency Leroy on the graphic elements, to ensure that the palette was elegant and sophisticated, yet warm and welcoming.

“We imagined, not what Palace could be, but what it should be,” adds the design team.“For us, the space should not only convey a sense and respect for tradition, and highlight the local atmosphere, but also be expressive on its own.” 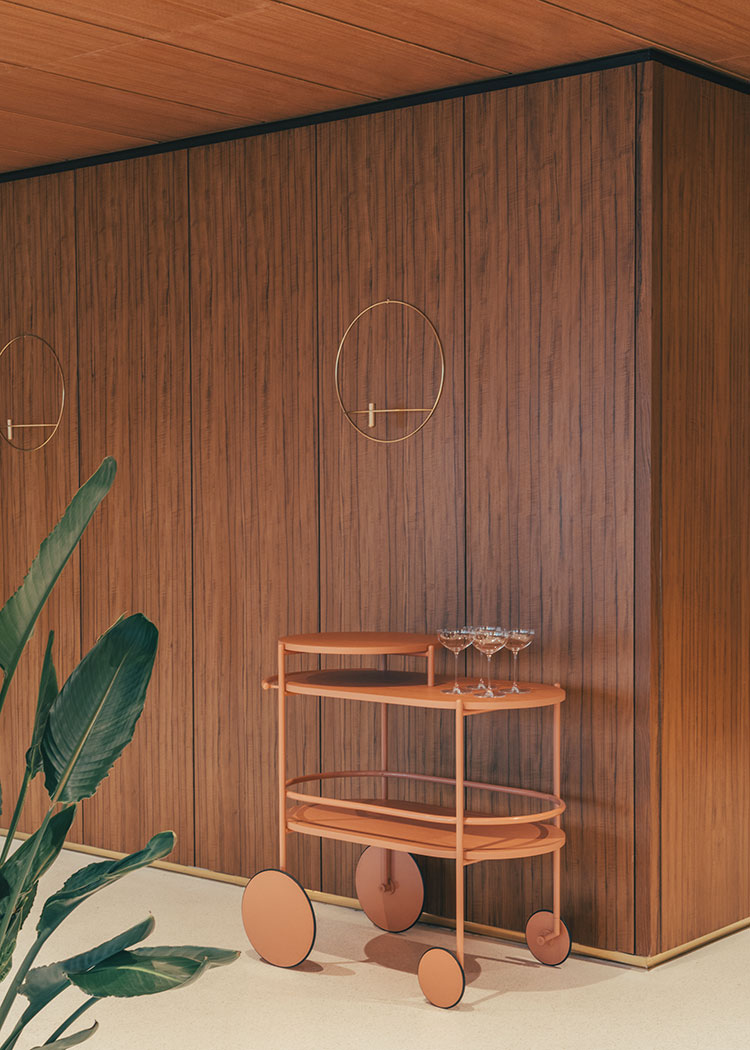 “Having spent most of my life in Helsinki, working with Palace has been a humbling experience. We were given a chance to influence the interior of a space I have known since I was a child. I remember my grandfather speaking about Palace and its grandeur. Being given the change to create the new Palace is far beyond what I ever imagined” says My Degerth, interior architect at Note Design Studio. 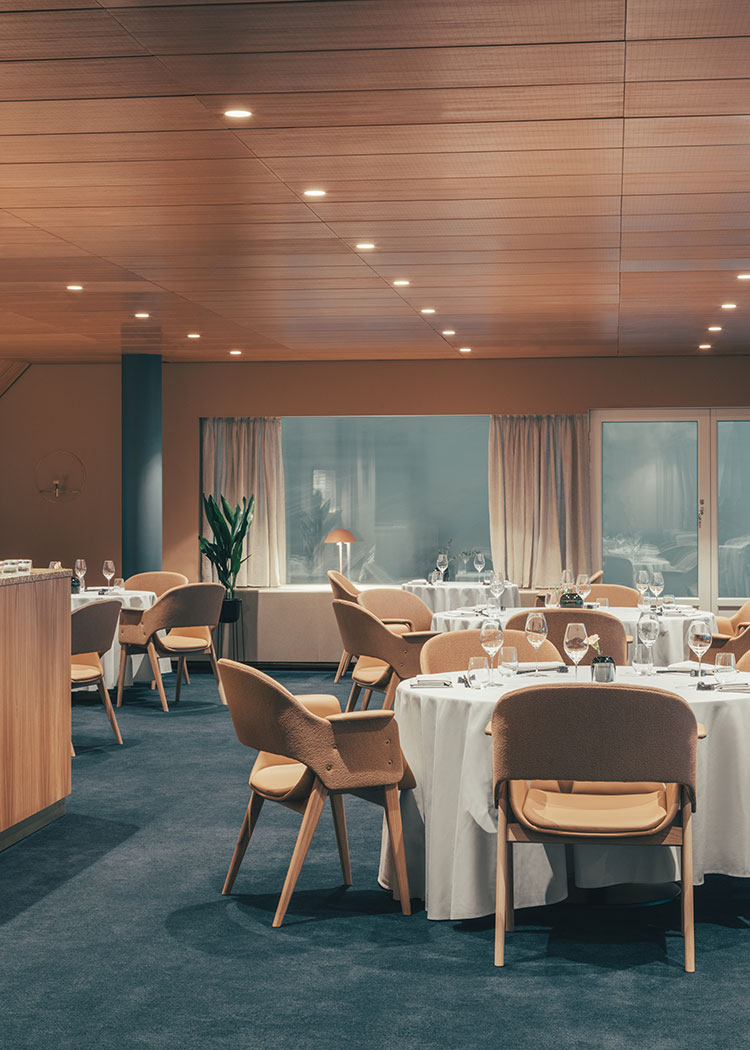