Recently opened in Guangzhou, China, the GZ Conrad Hotel is doomed to be exceptional since the very beginning. As the designer of the 309 guest rooms, Hong Kong-based CCD/Cheng Chung Design provides a good view of the river which takes in the thousand years’ prosperity of this city and the skyline which witnesses its international development.

Moreover, using modern design technique of “merging feeling with scenery”, it “wakes up” the daily Lingnan which is buried deep in history… what the guestroom design of GZ Conrad tells is the humanity landscape of traditional Xiguan residences; it is to show respect to the history of this city. 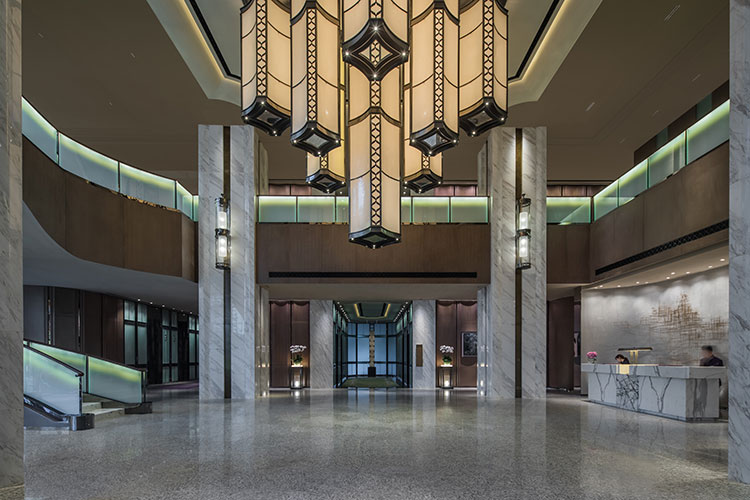 An innovative room type “child-mother room” is used in guestroom design — walking across the antechamber it is the lobby, following it are two rooms, when doors of the antechamber are closed, it becomes a big suite. This design is inspired by the architectural style of Xiguan Mansion in Guangzhou in modern times; it presents the deepening integration of Chinese and Western culture. Together with various exotic Diaolou, villa houses, and Qilou on both sides of bustling business street that appeared in the same period at the hometown of overseas Chinese, they are all unique epitome that opens the different age of architecture in South China. 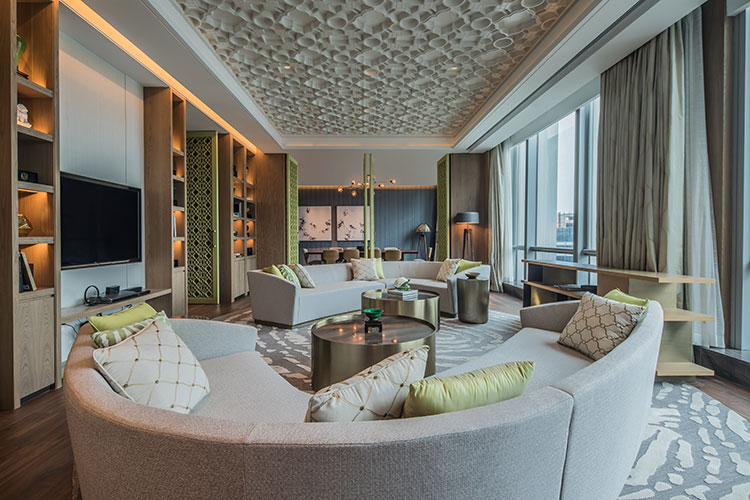 In the design of presidential suite, CCD takes mansions of rich families in the history of South China as the prototype. Bureaucratic landlords in Ming and Qing Dynasty often lived in groups of four or five generations and built enclosed buildings. Meanwhile, as South China has a subtropical climate which is hot and humid, thus characteristic of Lingnan architectural culture is formed: the building tends to be long and narrow, which allows draughts to help keep the building warm in winter and cool in summer. Rich families are particular about fine landscaping at the same time. 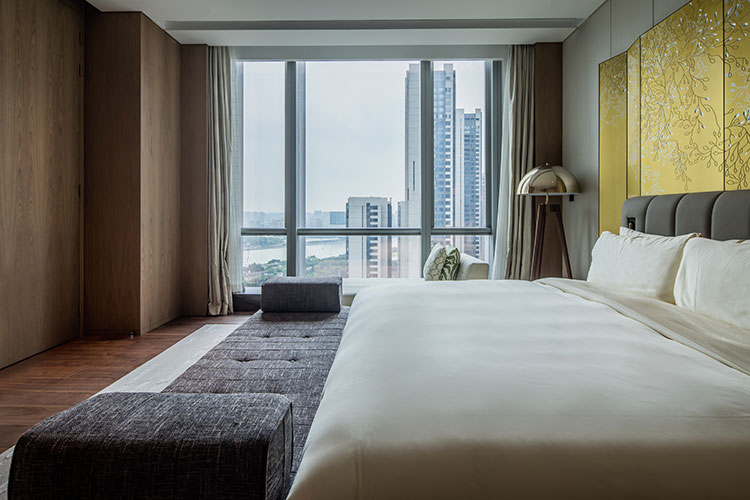 Some unique materials are used in the design, such as old wall bricks and folk lacquer painting in the guest room area, which are the embodiment of scenes of Lingnan traditional residence.

In the context of collision between Chinese and Western traditional culture, CCD aims to balance the collision between the image of the ancient building like Xiguan Mansion&Chinese traditional design patterns and modern functional needs. In this way, while maintaining the authenticity of historical buildings, an experiential flexible space is created for the hotel guestrooms. 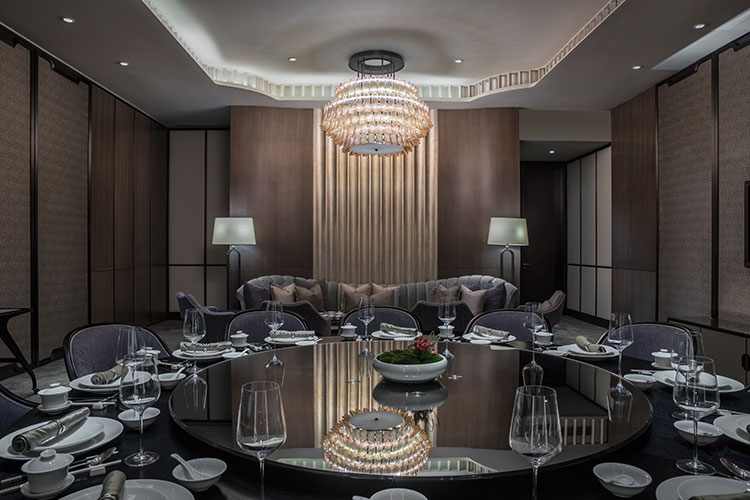 “Green” used in the suite is not well understood by many people. CCD believes that the essence of design derives from needs. Green is a touch of bright color in the ordinary homes and streets whose basic tone is set by Lingnan grey brick and solid wood; it also stands for the evergreen four seasons of Guangdong, the straightforward and bright nature of Cantonese, as well as the restless rhythm of parties in the lives of the modern young elite group.

By blending elements which are similar to French new wave films into the full Xiguan retro style, the whole space is warm and highly creative, and nicely interprets the pursuit of a feeling of freshness of living outside” home” of post-90s. 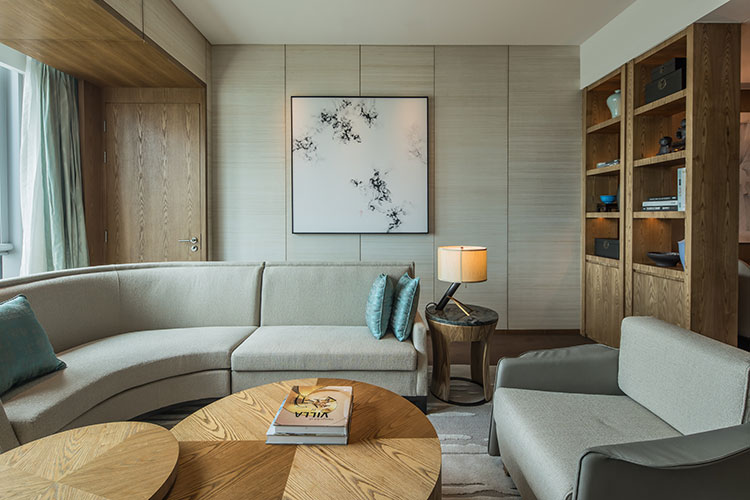 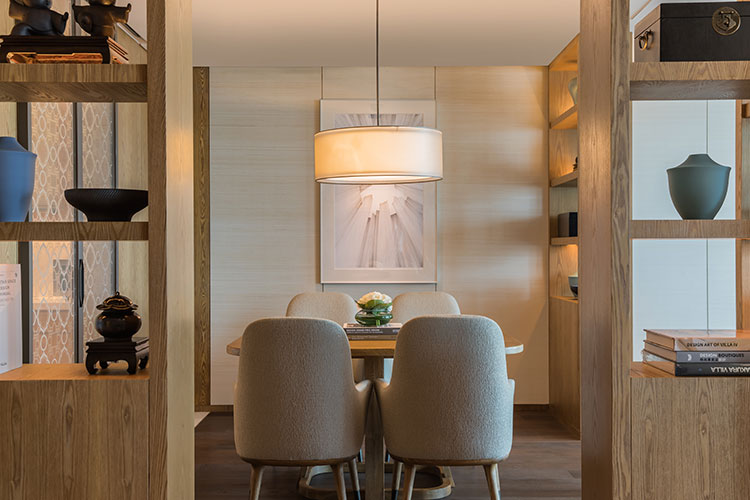 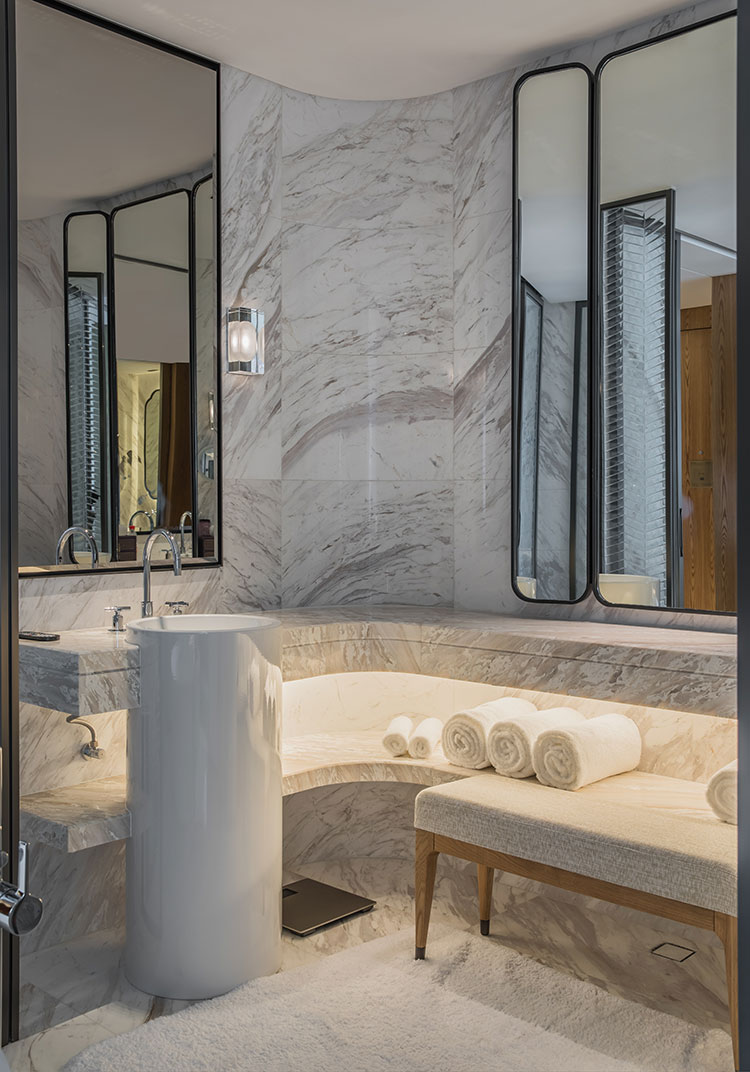 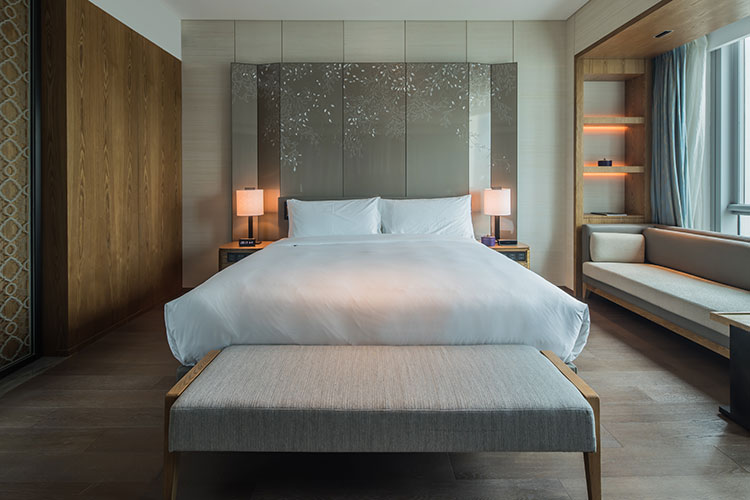 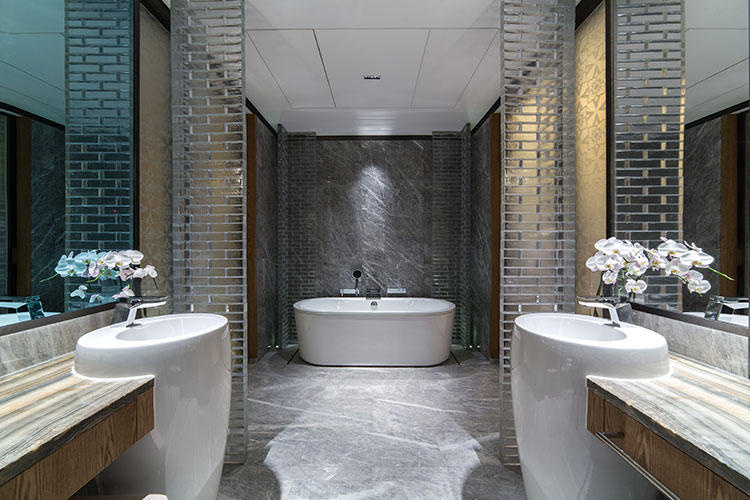 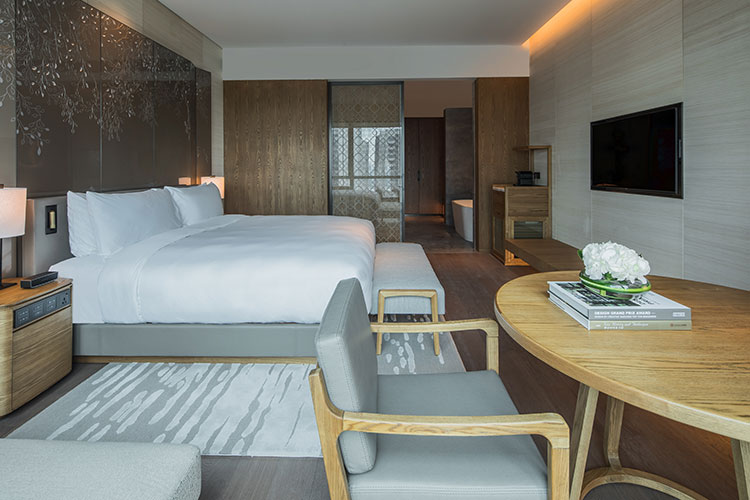