The design of Tabakalera House by Alfaro-Manrique comes from the idea of keeping the personality of the building and the character of the city where the hotel lies. The history, the memory of the old tobacco factory and its relation with the city and the people of Donostia-San Sebastián, Spain.

The industrial and also monumental character of the building, coming through high ceilings and open spaces, determined the course of the designing process, and the narration of its elements. 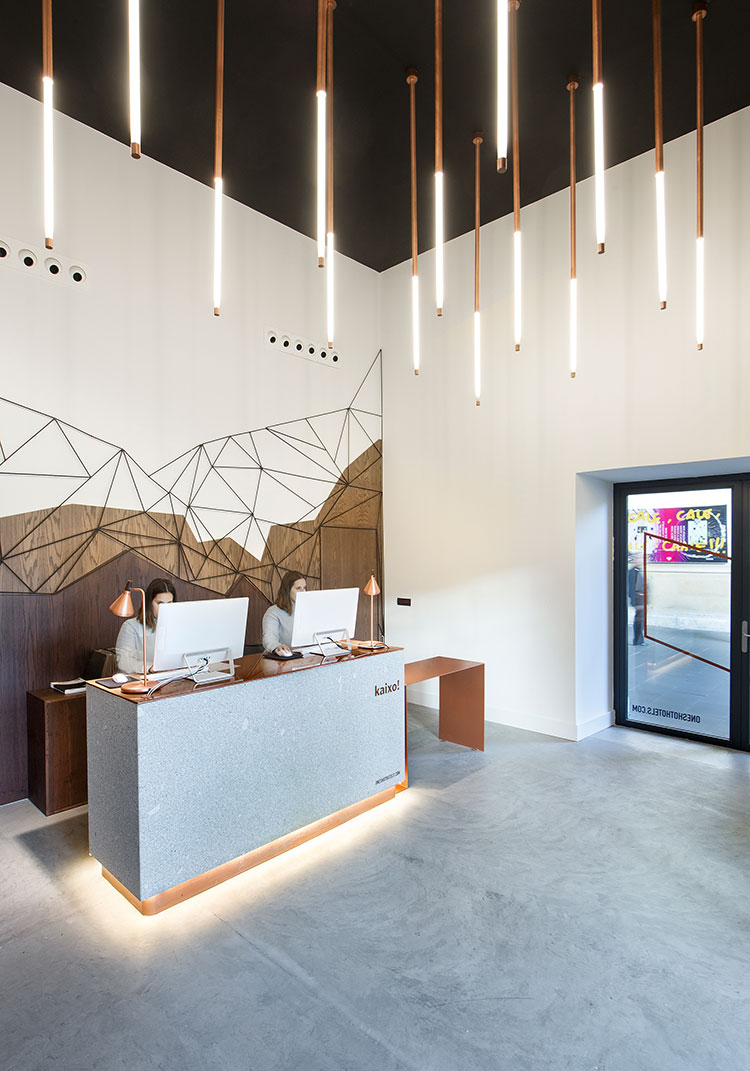 The interior design was conceived as a balanced synthesis between its both natures: the industrial character of the building itself enhanced with an elegant, stately approach that gives the artistically suggestive touch that relates it to the arts center in which it is located. 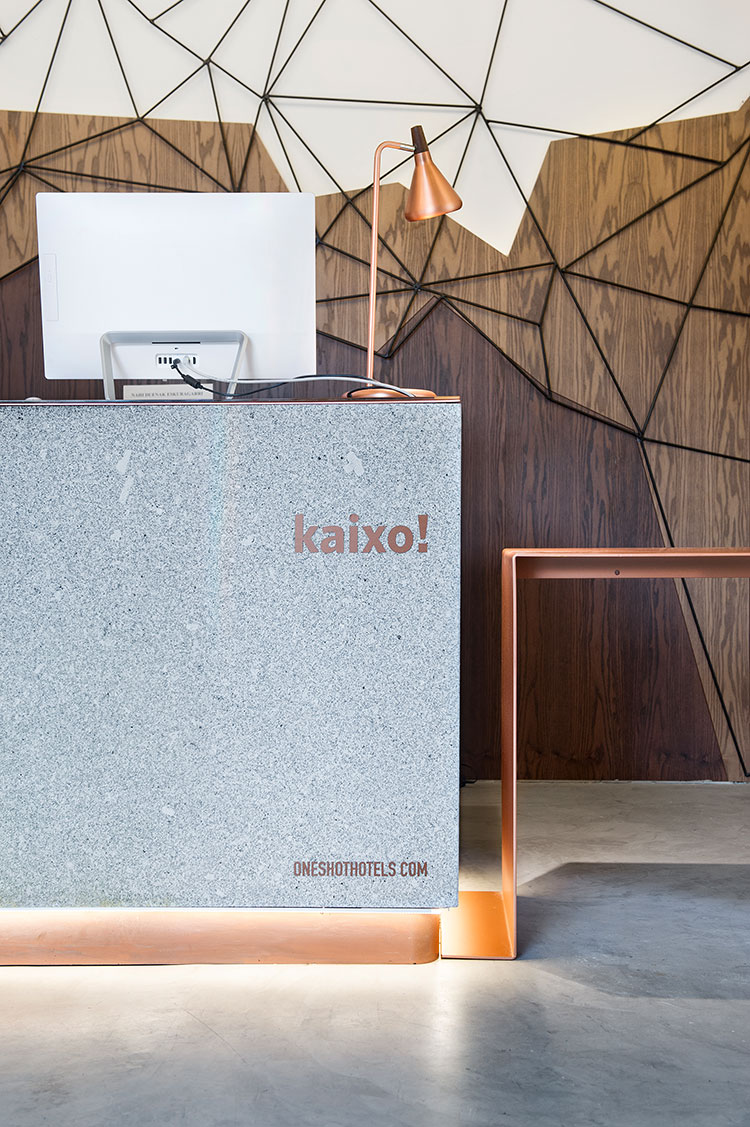 Primitive, natural, stunning, the chosen materials follow the same design concept of the project. Some of them, like the polish concrete finishing, came/comes from the former building; as a contrast, the richness and texture of wood facings invest the spaces with the necessary warmth. 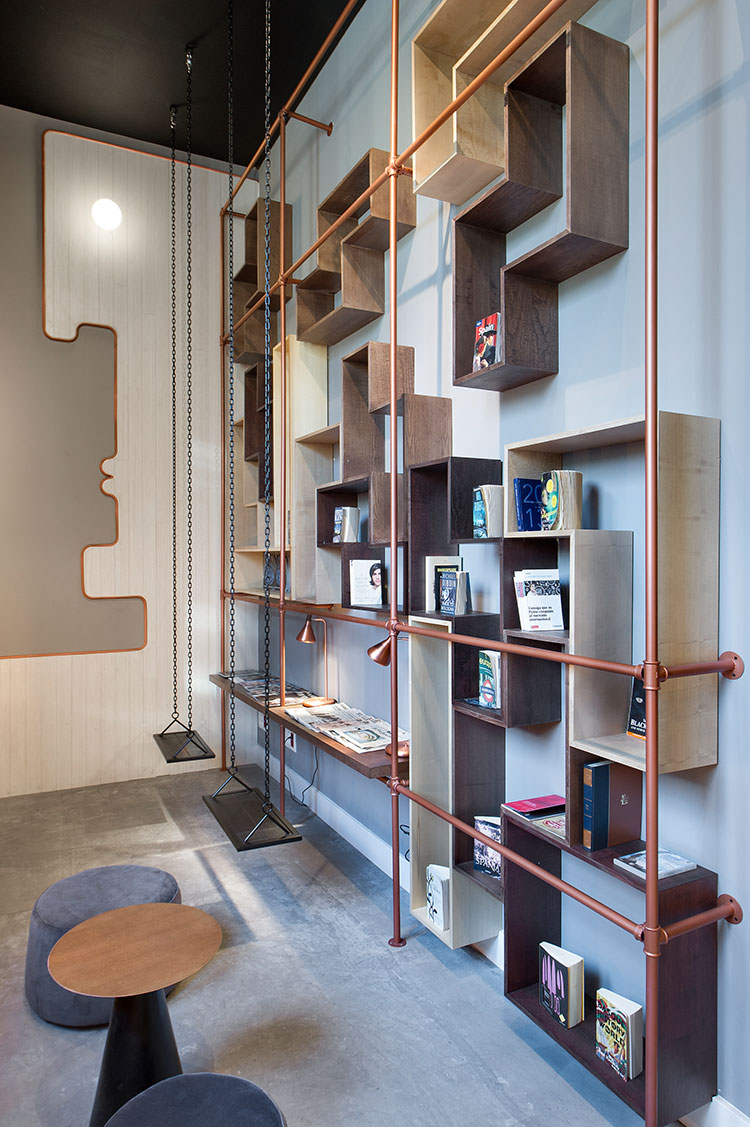 This search for warmth makes a fundamental material appear in the interior design of the project, the copper that gives the spaces a warm light, a spatial temperature rise that bathes the walls with a different light that comes from the suspended copper pipes from the ceiling that throw light and from the perimeters of the windows covered with the same material. 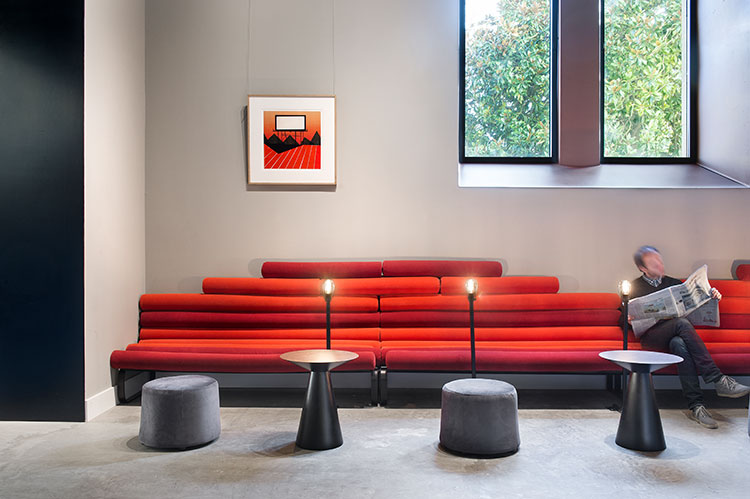 The range of colors between green aquamarine, midnight blue and emerald, warmed up with touches of yellow, define the color range of textiles, looking for elegance in the use of velvet, chenille and leather. These, joined to the use of textured woods in the execution of a furniture designed expressly for the hotel, pursuing that idea of unique, almost artistic elements that accentuate the sensation of being sleeping in a museum residence. 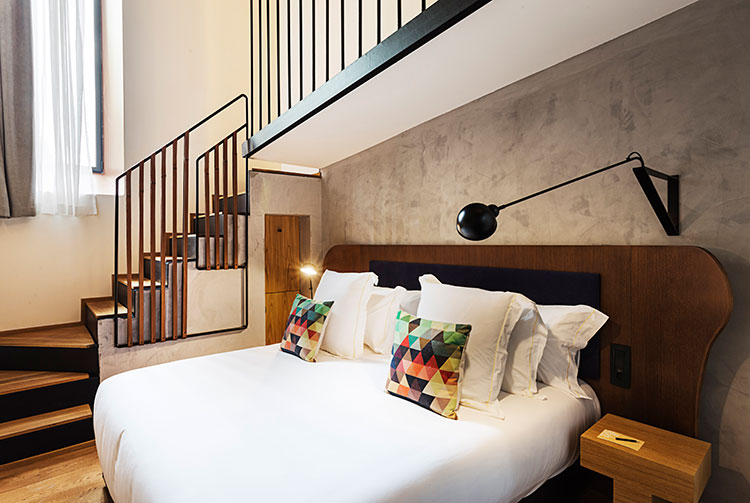 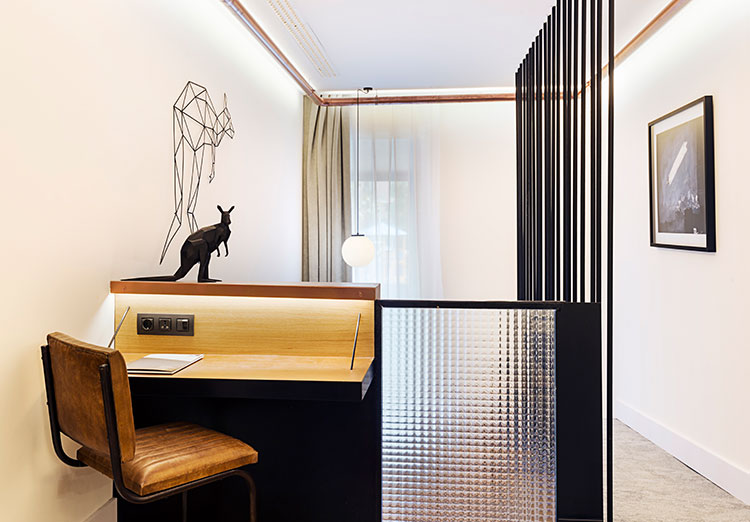 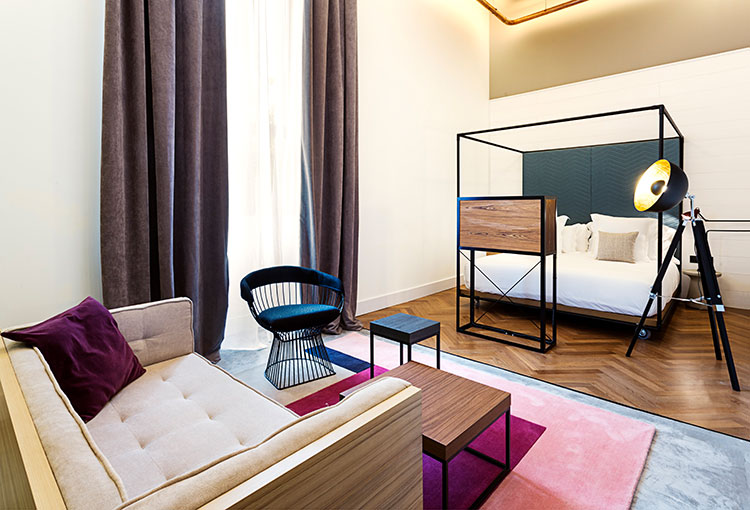 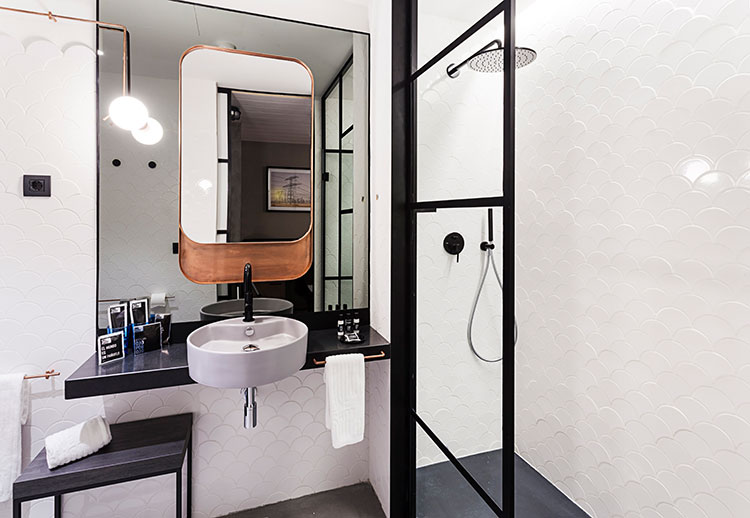 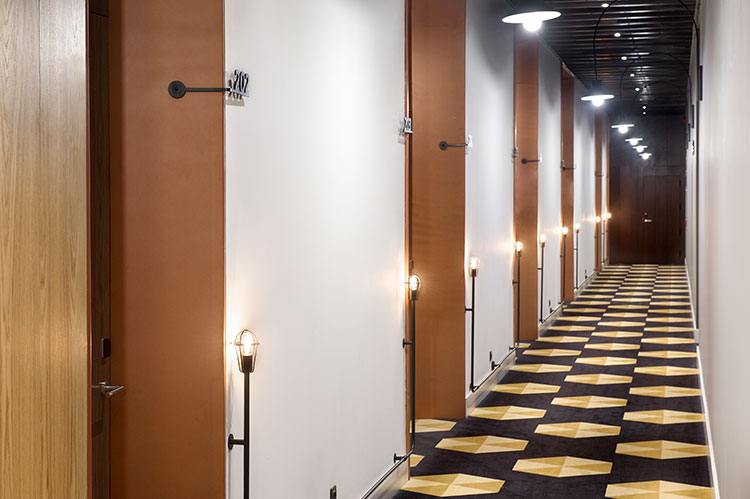 all images courtesy of Alfaro-Manrique