Prada has teamed up once again with AMO, the research arm of Office for Metropolitan Architecture, for its Men’s Spring/Summer 2019 show early this month in Milan. For this show, AMO stages a return to basics with a sophisticated setup that brings fashion into the foreground by questioning the recent practice that sees show sets as explanatory efforts to contextualize collections.

The rough imperfection of the venue in Via Fogazzaro, Milan, is counterbalanced by the Cartesian precision of the set, which magnifies the industrial elegance of the space. The room is treated as an architectural field that controls the show’s dynamics: a grid defines the areas occupied by guests, while four different trajectories are left unoccupied for models to cross the room longitudinally, enforcing a strict serial layout. 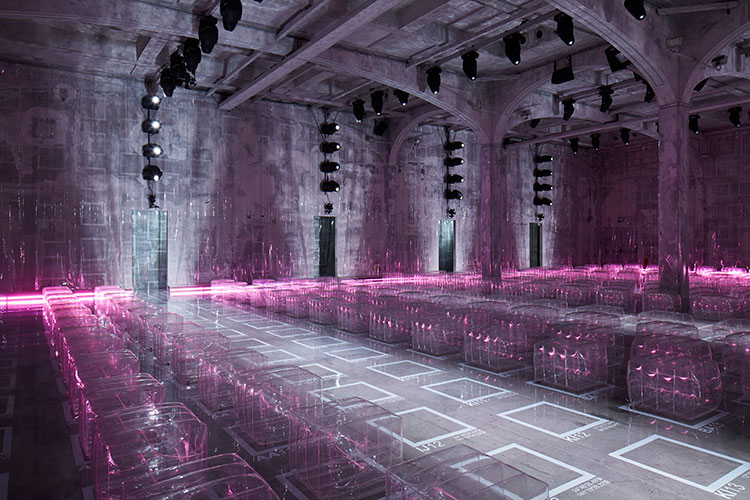 A geometric pattern invades the room, a manifestation of the principles that organize the show’s choreography. Numbers and symbols define the exact positioning of the actors in the space, alluding to geographic coordinates of remote places. 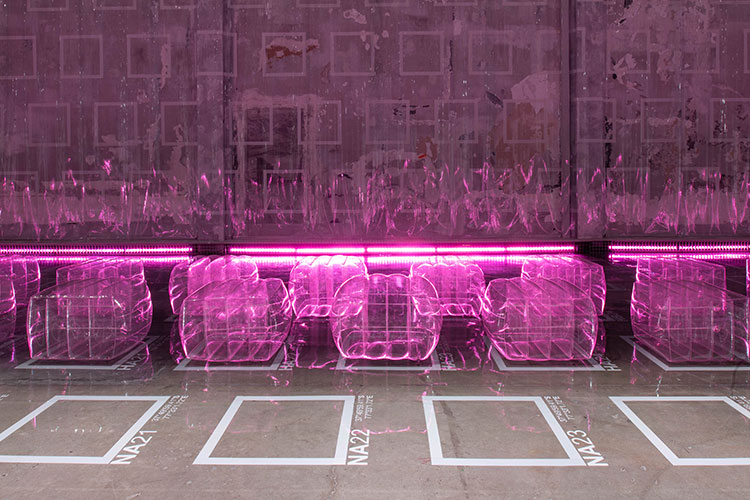 To complete the set, inflatable stools by Verner Panton – an exclusive re-edition of the 1960s piece, produced by VERPAN for PRADA – were selected for their contemporary attitude, lightness and transparency. The entire room is covered in translucent sheets to produce an installation that disappears in the dim light of rare glowing sources, giving the room a psychedelic yet uncanny atmosphere. 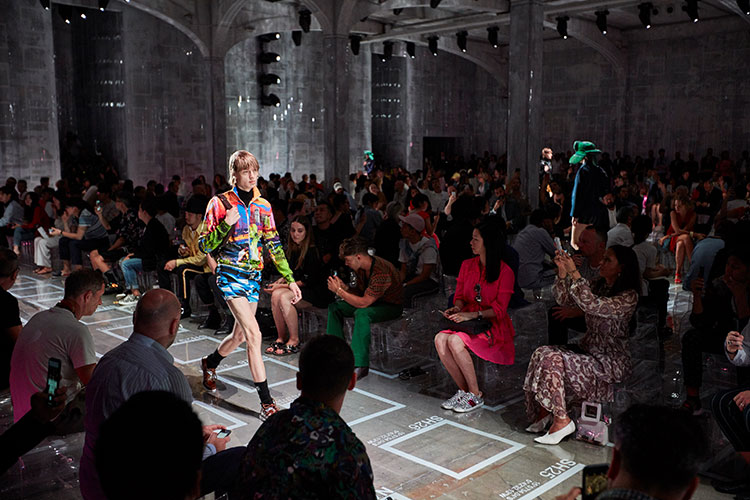