Multifaceted, dynamic, and stylish, Tortue Hamburg is the hotel this northern German city deserves. Drawing on Gallic savoir-vivre, centuries of history, and a reverence for slow living, this new culinary and cultural hub presents a series of distinct public and private spaces that culminate in a property which showcases the city’s most innovative hotel design to date alongside a bold in-house dining scene.

Everything is packed in a six-story landmarked building that dates back to 1888 and once headquartered the Ministry for Urban Development, with an imposing redbrick façade that tells the story of its illustrious past. Inside, a revamp of the original space led by David Chipperfield Architects and the Hamburg-based Stephen Williams Associates sees restored columns, soaring ceilings, and wrought-iron marquees sitting side-by-side with original frescos painted by Adrian Karbowsky in 1910, mosaic tiled flooring, and tall arched windows. 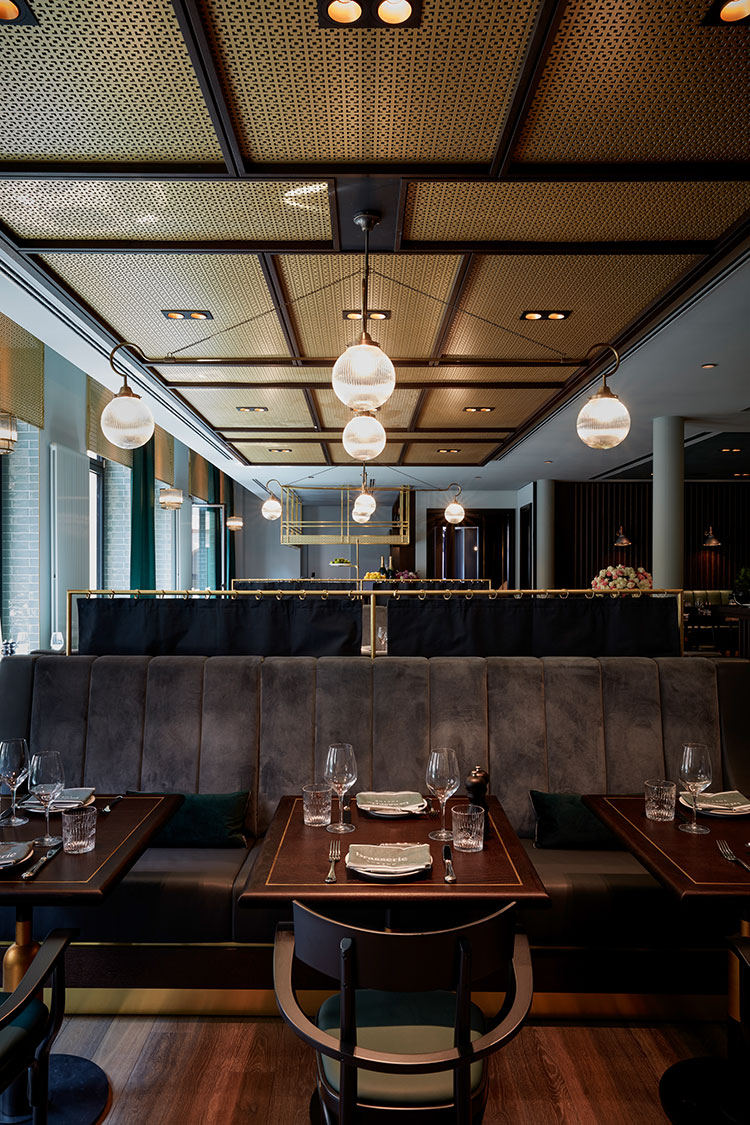 Tortue’s tribute to slow living is discernible throughout. Plush fabrics in both private and public areas encourage repose and lounging. Sprawling historical courtyards bisect the property for numerous outdoor spaces ideal for idling. And endless halls and passages throughout the building are an opportunity to wander. Seasoning this ode to taking time are interiors that frequently reference the French occupation of this city between 1806 and 1814—when Napoleon is said to have lived on this very street—which is stylishly interpreted in most spaces via Gallic-inspired warmth and intimate touches.

These include a combination of different design eras and varying color schemes, as seen in the hotel’s surprisingly harmonious clash of pattern and noble colors. It’s all brought together with the subtle theme of the turtle—the hotel takes its name from the French word for the reptile—personified in the shape of a sophisticated emblem which gently runs through the hotel’s spaces, including the entrance, which features a colossal bronze turtle designed by Michael Brettschneider. 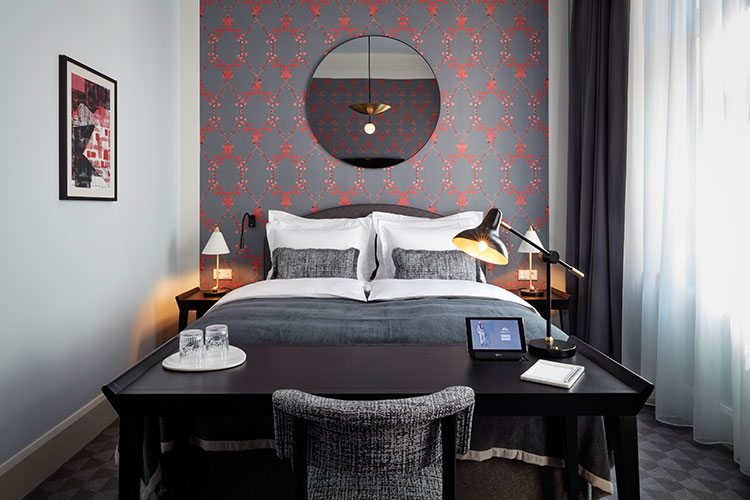 In its totality, Tortue is the work of three designers; no mean feat for a hotel of this size, which offers a unique fluidity between its network of spaces. Rooms, comprising 114 bedrooms, eight suites and four long-stay apartments, are a heady mix of pattern and subtle hues, and warmly embrace guests despite their grand proportions. The first commercial project of interior designer Kate Hume, the lofty accommodations are lined with bespoke wallpaper, exclusively produced by Amsterdam-based Little Owl Design, and smooth brass Areti pendant lamps alongside luxe bathrooms covered in marble-inspired tiles, and watercolor illustrations by local artist Anne Katrin Stroeh. French balconies in some guestrooms and an overall regal aesthetic round off an understated Gallic presence. 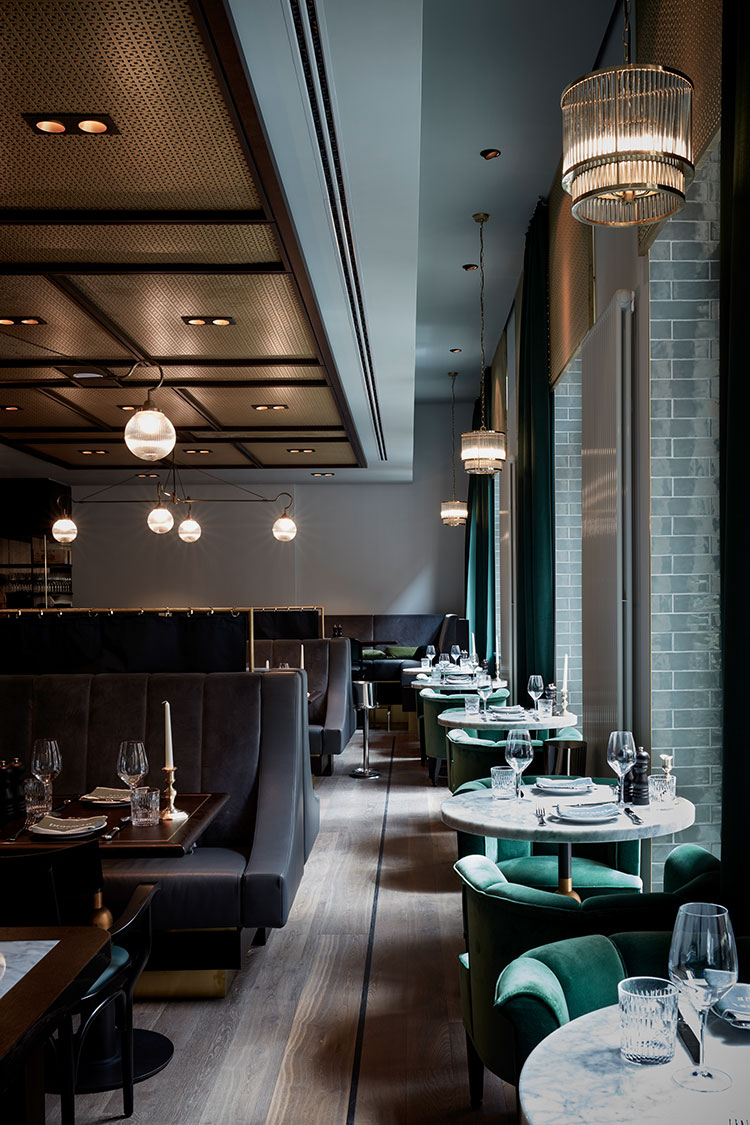 Additional designers enter the mix in the hotel’s many restaurant and bar outlets. Hong Kong-based designer Joyce Wang’s pan-Asian restaurant Jin Gui has a dark and seductive interior punctuated by loveseats upholstered in a graphic, tapestry-like fabric. A terrace and sunroom present memorable spots on which to dine on dishes made with seasonal and, where possible, biodynamic ingredients, while also offering views of the hotel’s courtyard. Elsewhere, the French-German Brasserie is characterized by black metro tiles, shadowy booths, and marble counters—a stimulating space where a mosaic art piece by Emma Biggs takes center stage behind an open kitchen. Three drinking establishments, including the Stephen Williams-designed ‘bar noir’ and Hume’s lobby level ‘bar bleu’, cement Tortue’s arrival as a prime social hub, capped by a rooftop bar, which opens later this year complete with views of Herzog and de Meuron’s unmissable Elbphilharmonie in the distance.