Located on Athens’ Agia Eirini, a perfectly situated and charming Byzantine-era square that is off the tourist trail, Perianth Hotel is a modern refuge in this ancient city. Opening mid-July, the hotel is the creation of three siblings—Konstantinos, Anastasia and Alexandra Sgoumpopoulou—whose career paths and passions cross merchant shipping, art, and fashion, and pays ample homage to the Athenian modern movement. 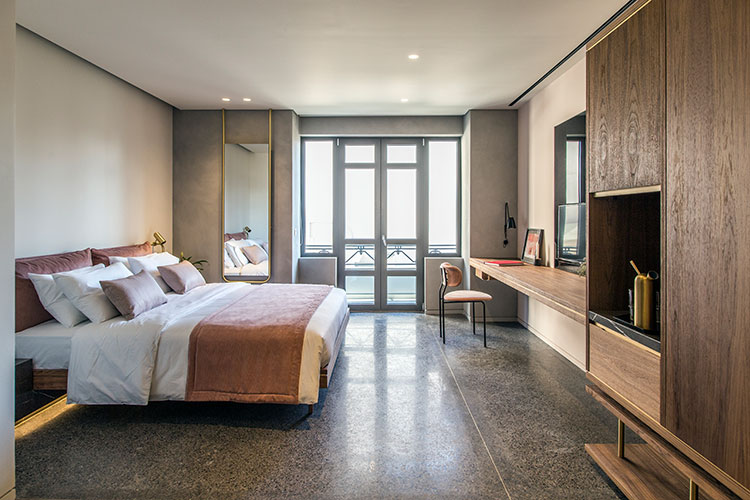 Originally built in the 1930s, the hotel’s grey facade belongs to Athens’ interwar modern movement, classified as ‘Streamline Modern’, thanks to its combination of linear and curved elements. Here, local heroes K-Studio has taken the building’s inherent trapezoid shape as the guiding inspiration. As a result, instead of the conventional linear corridors typically seen in hotels, Perianth has short corridors which extend outward from open, central lounge spaces on each floor. Glass brick walls in these areas permit light from the building’s shaft to flood the lounge areas. 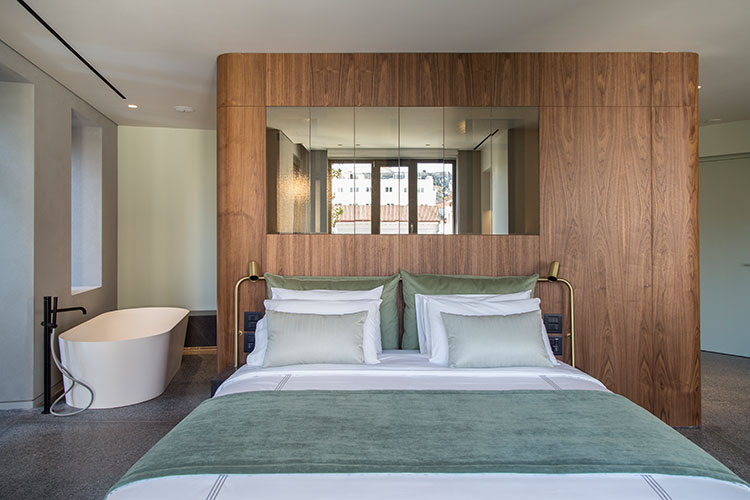 The 38 guestrooms range from 21-46 sqm, and all feature private terraces that take in the iconic Athenian skyline. Interiors adhere to the principles of the modern movement with hallmark features such as curved walls, grey and black Pietra marble, brass, wood, steel framework, wired glass, and aggregate plaster. K-Studio is also responsible for the custom-made furniture seen in guestrooms and throughout public spaces, while the team behind Halo has orchestrated the property’s lighting design. A sixth-floor penthouse, spanning 116 sqm, boasts a large private veranda and unobstructed views across Athens and of the Acropolis. 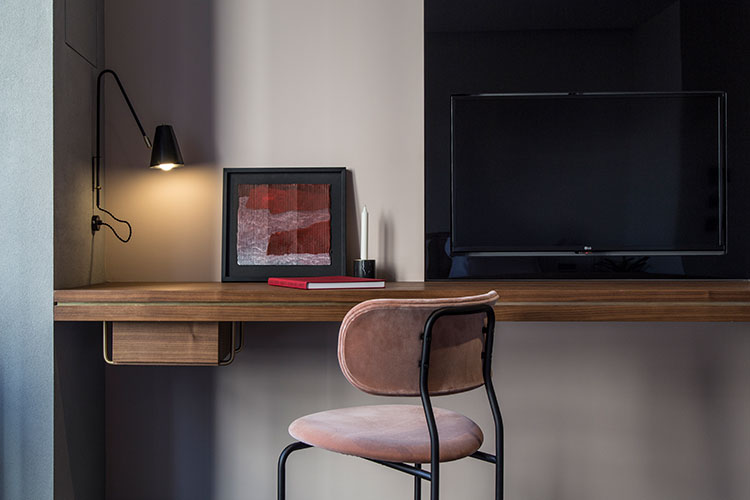 Understanding that Athens’ ancient history has such a large presence in the city, the Sgoumpopoulou siblings are proud to promote the contemporary Greek art scene as a counter. As such, and central to the hotel’s core concept, curated artworks by contemporary Greek artists such as Yiannis Varelas, Antonakis, Margarita Myrogianni, Rallou Panagiotou and Maria Papadimitriou are on proud display both in rooms and public spaces. A similar approach is applied to staff uniforms, which, in a nod to the overarching aesthetic of the building, are chic, modern and understated, and showcase national talent. Designed by internationally-renowned Greek fashion designer Sophia Kokosalaki, the outfits are inspired in part by the property’s Bauhaus elements, which manifest via minimalist silhouettes and an economy in lines, as seen in garments like classic Mao shirts and relaxed-fit cotton trousers. 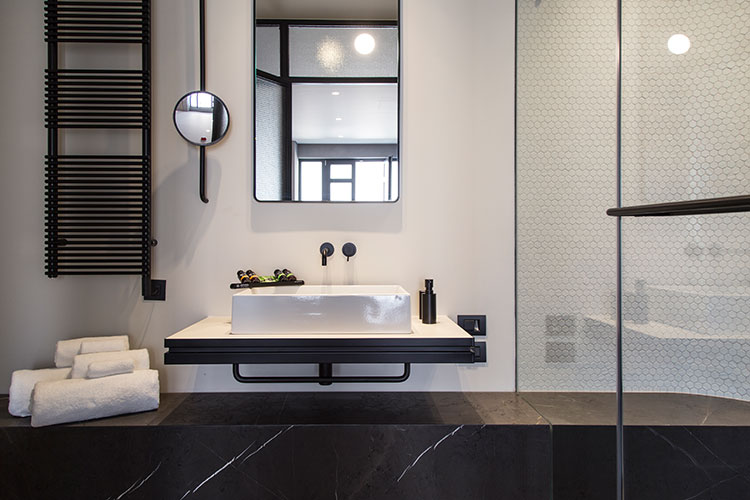 Driven by the eldest sibling Konstantinos’ personal quest for enlightenment, The Zen Center was born to create a space for hosting, teaching, and sharing the tradition of Zen and the philosophy of martial arts. The intent is that bonds built through Zen meditation will impact, transform, and create an overall sense of connection. 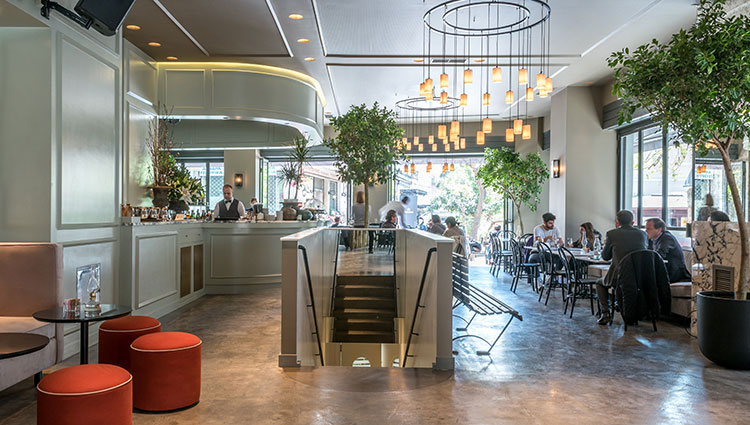 Also knowing that food forges connections, an outstanding dining outlet rounds out the offerings. Il Baretto takes the best of Italian simplicity, valuing fresh ingredients from the fortuitous Mediterranean location, which are served in a space swathed in an abundance of white marble and Italian mirrors, alongside a show-stopping bar from which coffee and aperitivos are best taken in.