The long-awaited summer holidays – and long summer holiday journeys – are just around the corner. But with more time and opportunities to read on their smartphones or tablets, children and adults alike are afflicted by motion sickness. Over 30 million people in Europe suffer from chronic travel sickness. In response, French automaker Citroën introduces SEETROËN, the first glasses to eliminate motion sickness. The principle of the SEETROËN glasses is simple. They contain a colored liquid that recreates the horizon line to resolve the conflict between the senses.

One in three people experience motion sickness symptoms at least once in their life. Having learned of a solution initially developed for sailors, Citroën decided to extend its use to the general public – on boats as well as in cars and buses and on planes – by creating the SEETROËN glasses.

SEETROËN glasses use Boarding Ring technology developed by the start-up of the same name based in the Var in the south of France. The patented and tested paramedical solution has an efficacy rating of 95%. Equipped with moving liquid in the rings around the eyes, both along the frontal axis (right/left) and sagittal axis (front/back), the glasses recreate the horizon line to resolve the conflict between the senses that causes the affliction. 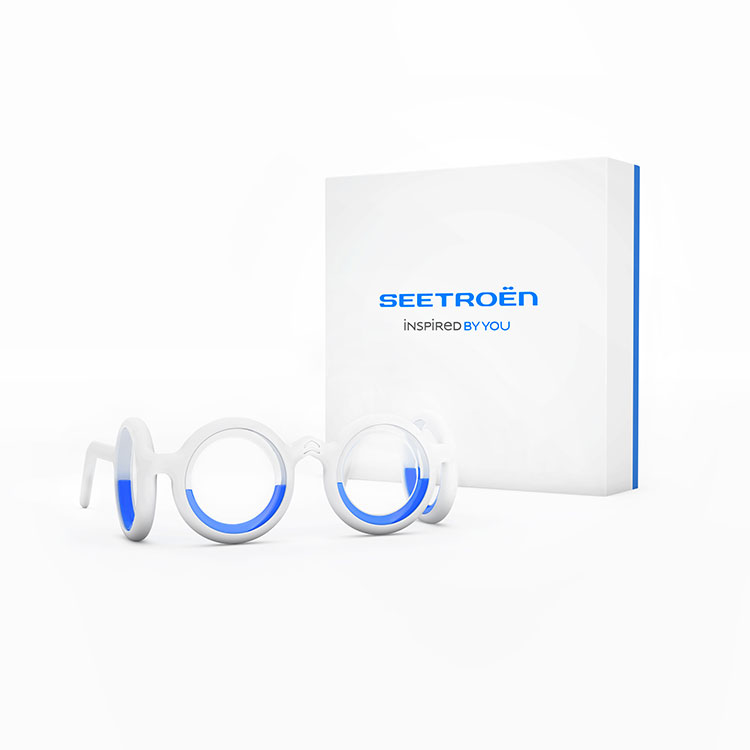 For the design of the glasses, Citroën called on 5.5, a collective design studio based in Paris, which has successfully incorporated the Brand’s fresh, simple and ergonomic style. The result is a pair of glasses with a high-tech look in white soft-touch plastic. 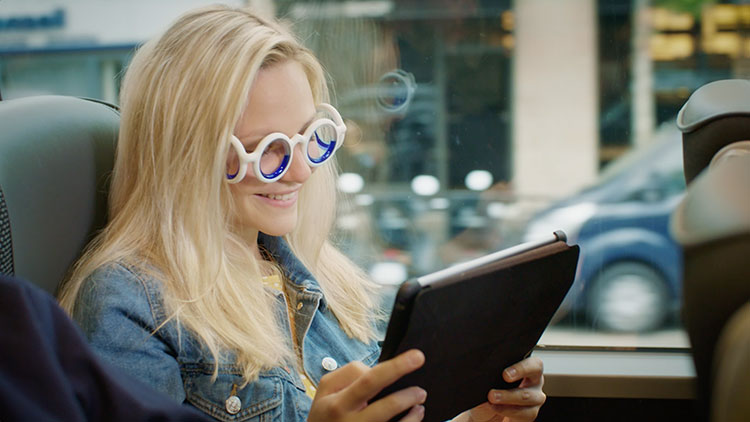 So how do they work exactly? Put on the glasses as soon as you experience the initial symptoms. After 10 to 12 minutes, the glasses enable the mind to resynchronize with the movement perceived by the inner ear while the eyes were focused on an immobile object such as a smartphone or a book. Take the glasses off and enjoy the rest of your journey. The glasses are glassless, so they can be shared by all the family and traveling companions. They can also be worn over other glasses. SEETROËN glasses are on sale for €99 (about $115 USD) on the Brand’s lifestyle webstore.