With their art project Null Stern Hotel, the Swiss concept artists Frank and Patrik Riklin and their partner Daniel Charbonnier pushed the boundaries of the hospitality industry and gained worldwide media attention. Created in 2008 in a nuclear bunker in the Swiss town of Sevelen under the tagline “the first zero-star hotel in the world”, the concept evolved to gain its current identity in 2009 in Teufen under the brand “Null Stern – the only star is you”. In 2010, the concept was ready to be developed on a grander scale, starting in an abandoned cinema in St. Gallen, but did not materialize. Five years later, the Riklin brothers and Daniel Charbonnier pushed their idea even further – goodbye to the underground and hello to the stars with the motto: zero real estate.

Based on their idea, three hotel rooms without walls and roof were opened under the name «Zero Real Estate» in the Swiss alpine foreland of Wildhaus, Toggenburg. 75% of the total available nights have been booked within the first 10 days since launch. 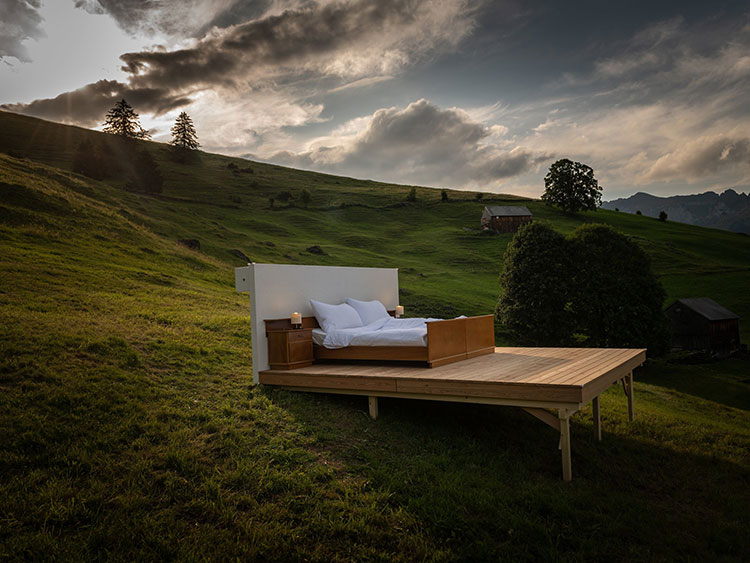 The Stump Suite, Wildhaus, Schwendi, 1158 MASL – Not far from the Hotel Stump’s Alpenrose, under the capony of large old trees lies the «Stump Suite». You’ll get from the hotel’s wellness spa straight to your suite under the stars in a very short walk. In the morning you’ll listen to the beautiful concerto of the alpine birds. 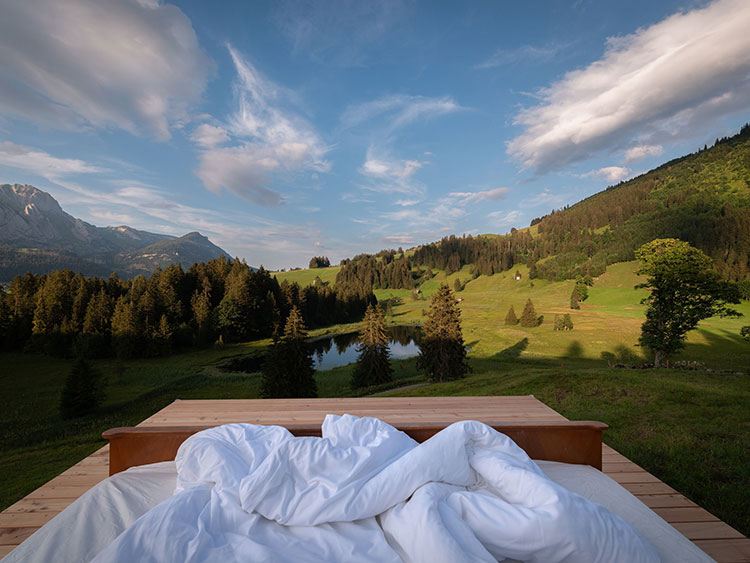 The Schwendi Suite, Wildhaus, Schwendi, 1192 MASL – From the «Schwendi Suite» you overlook the idyllic Schwendi lakes, embedded in the hilly landscape at the foot of the Churfirsten mountain range. Fall asleep to the sound of the cowbells from the surrounding pastures and wake up with a breathtaking view of the opposite Alpstein massif with it’s famous peak Säntis. 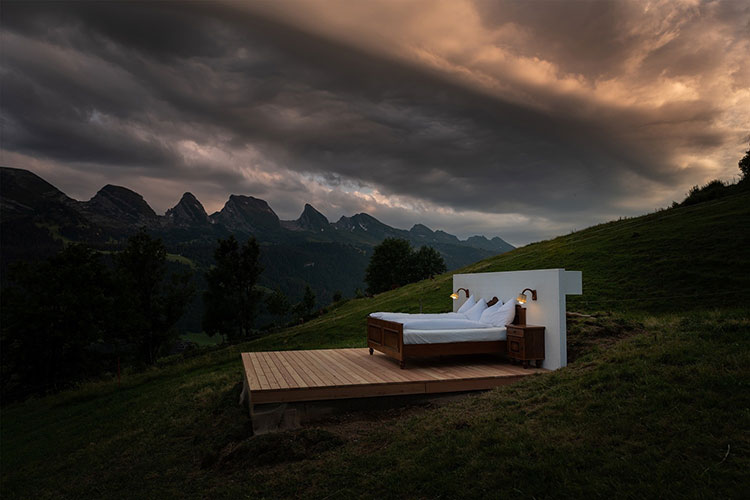 The Burst Suite, Wildhaus, Burst, 1220 MASL – High above the Toggenburg valley, at the foot of the Alpstein massif, sits the «Burst Suite». Enjoy your nightcap with a view on the rising moon in the East. Wake up with a breathtaking 270-degree panorama from the Rhine Valley past the Churfirsten all the way down into the Toggenburg valley.

The hotel suites under the stars are available through September 1st 2018. Unfortunately, the Burst Suite is already fully booked. Hurry UP!