Chinese brand ROARINGWILD celebrates its seventh anniversary with the opening of a flagship store in Shenzhen. The space designed by Guangzhou-based firm Domani, consistent of the fierce strokes presented shake the soul of the visual impact and sensory illusion.

A huge red structure through the whole space, become a rough and wild artistic existence, from a positive point of view, but also formed the brand name of the first letter R type. 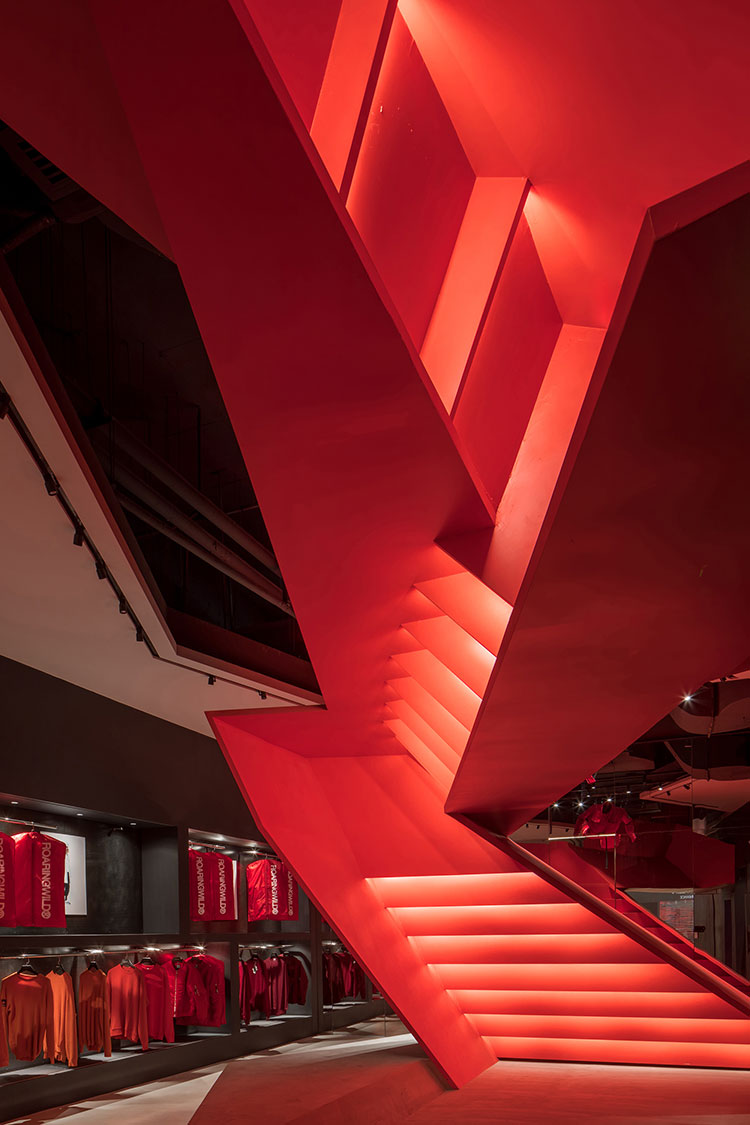 A very futuristic geometric sense of the interior filled with red and black hitting the tone, red symbolizes passion and explosive while black is distributed calm and restrained gas field. The perceptual blood grows in the rational enclosure, and the two colors are balanced in a confrontation. 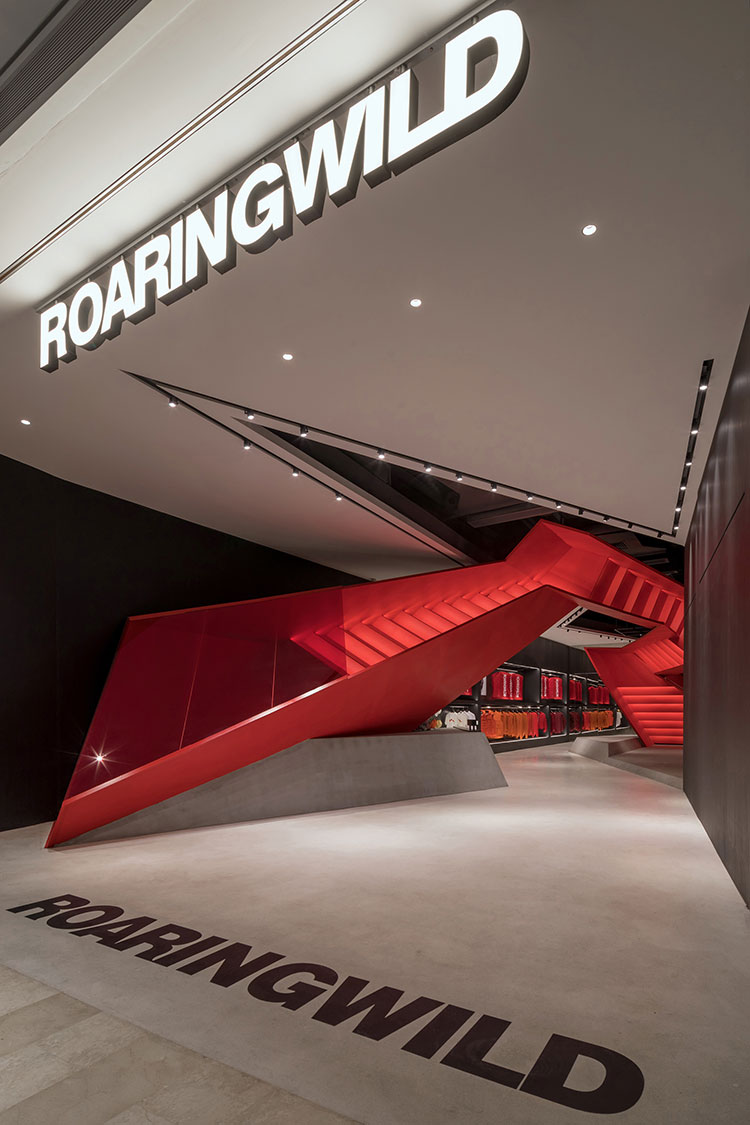 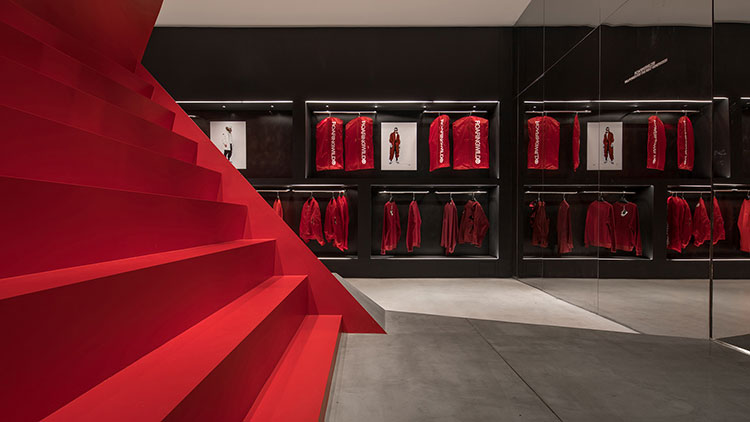 Lined with black built-in display cases and ending with a wall of mirrors, the narrow space can be expanded through projections on the black vertical surfaces, opening the store to more content beyond the retail products. The gray cement material cashier is located at the bottom of the red device. It creates a quiet warm atmosphere against the red and black main color scheme. 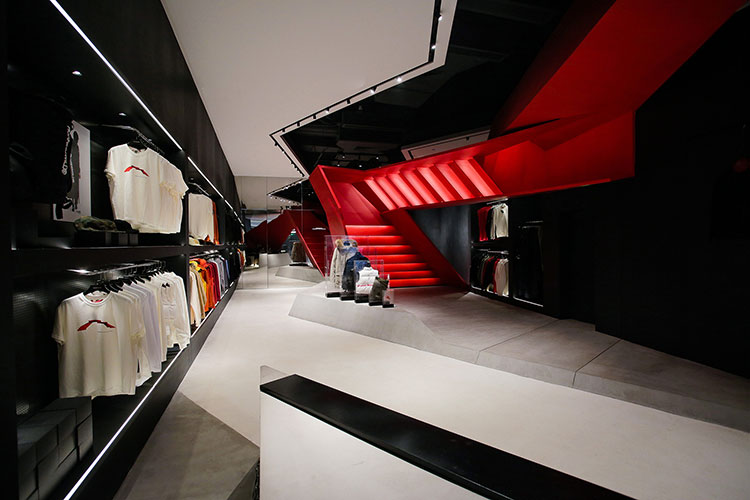 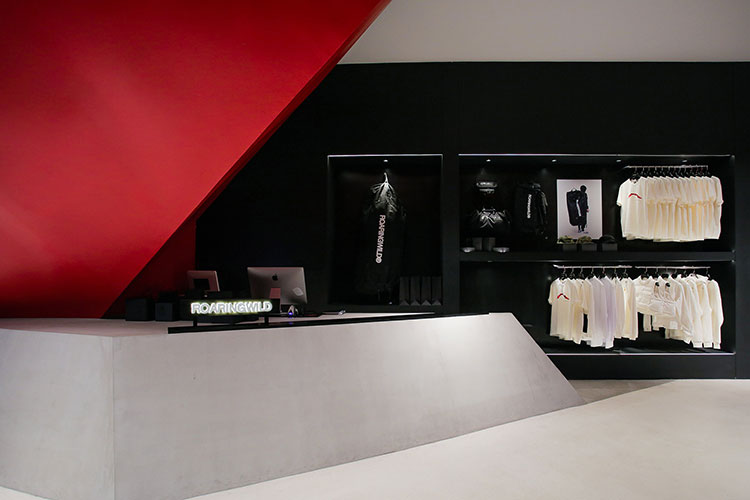 ROARINGWILD is part of a new wave of young brands and entrepreneurs driving Shenzhen’s explosive growth towards the city’s establishment as a social and cultural center. Rejecting the so-called decline of physical retail, Domani and ROARINGWILD embody a ‘fearless, dream-driven attitude’. 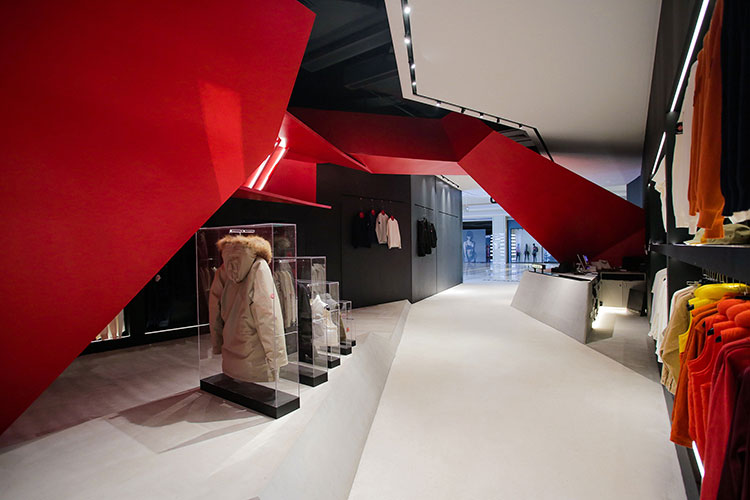 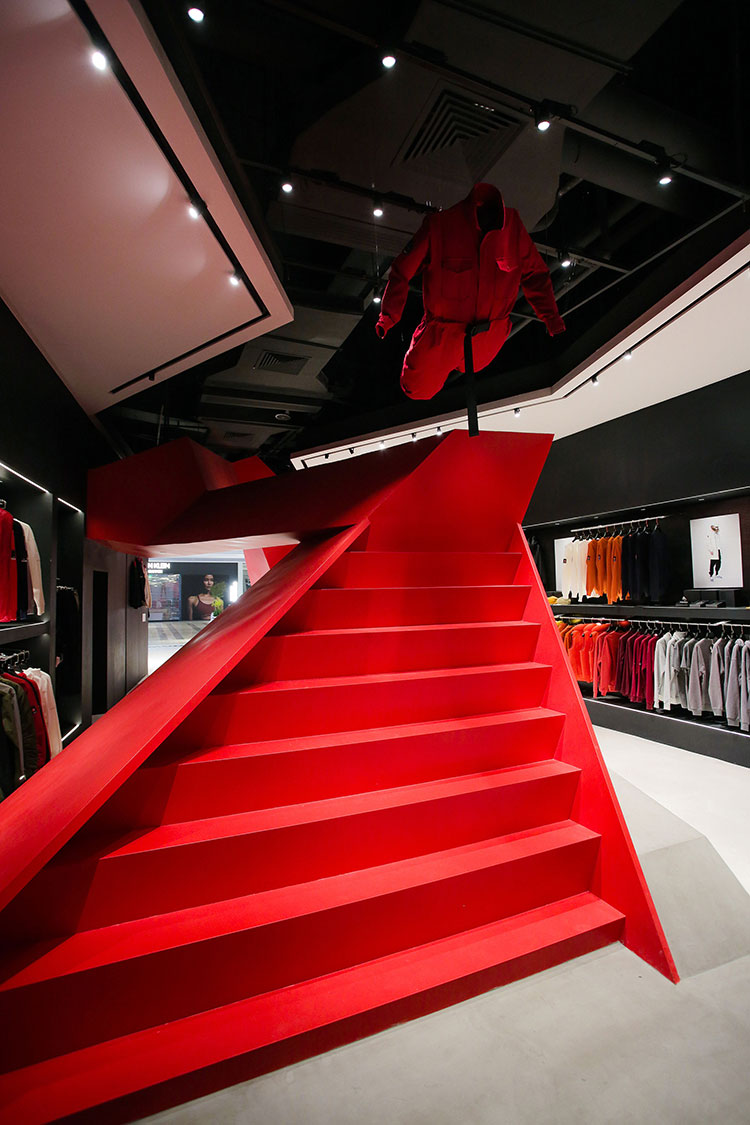